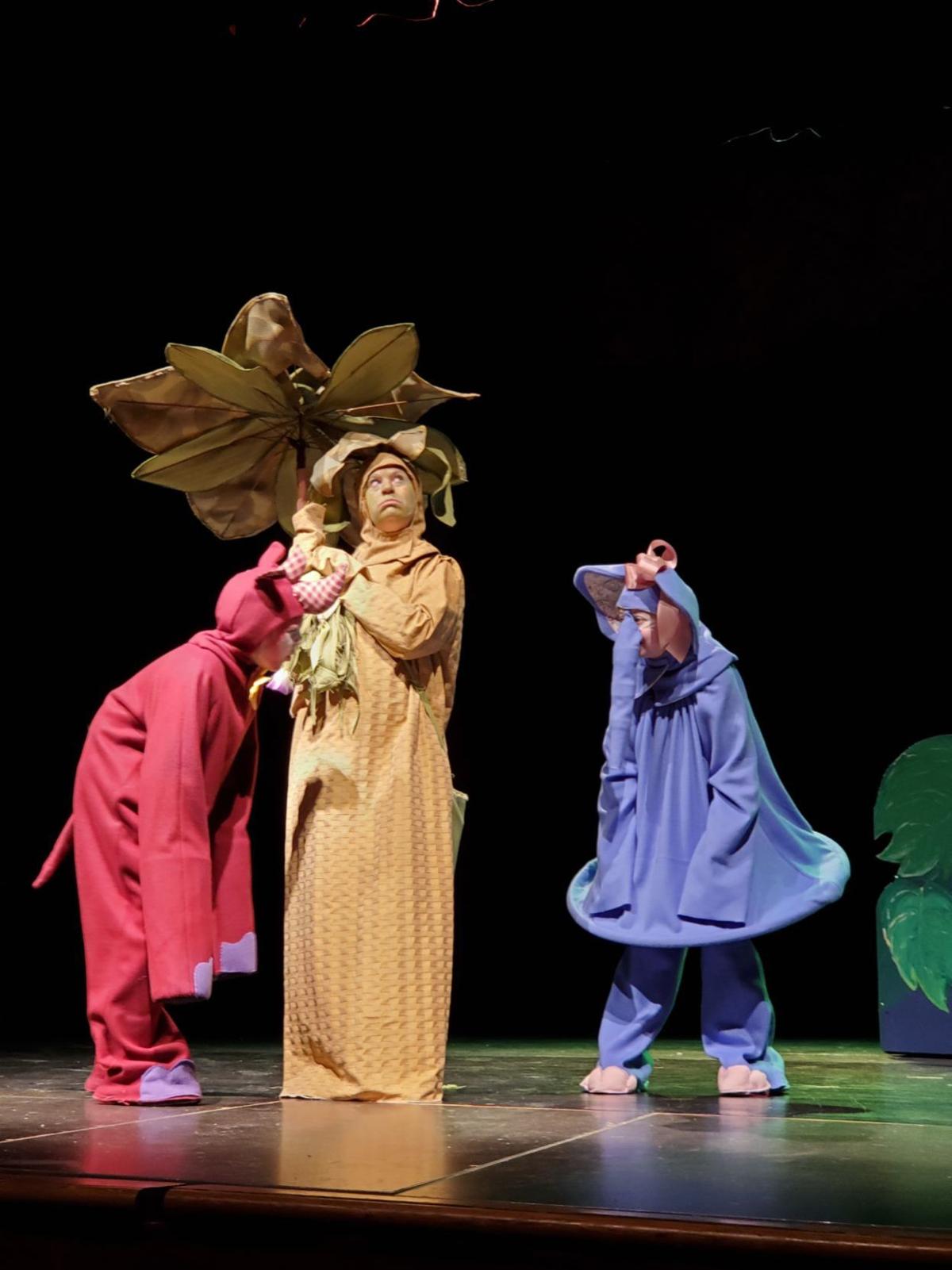 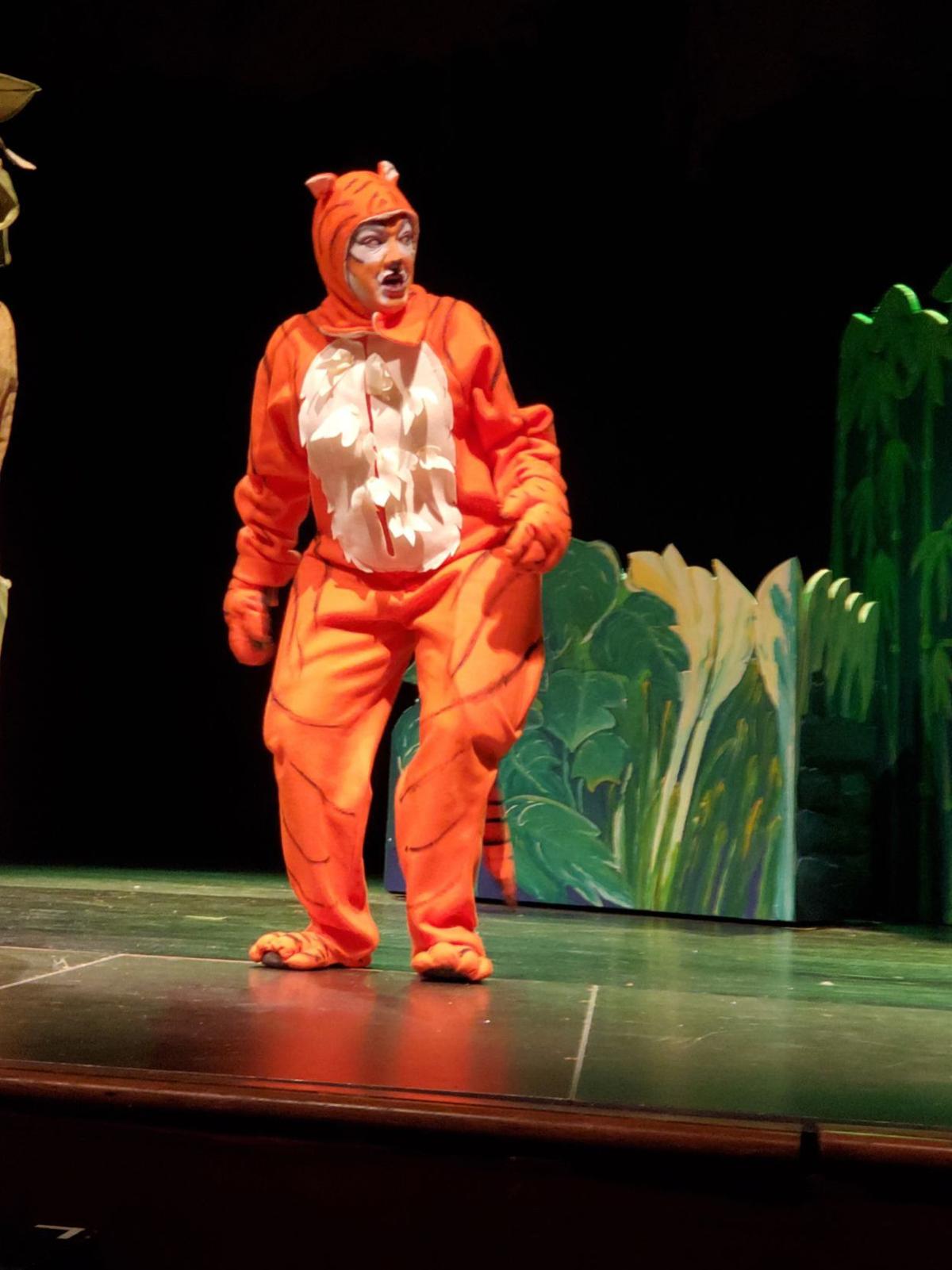 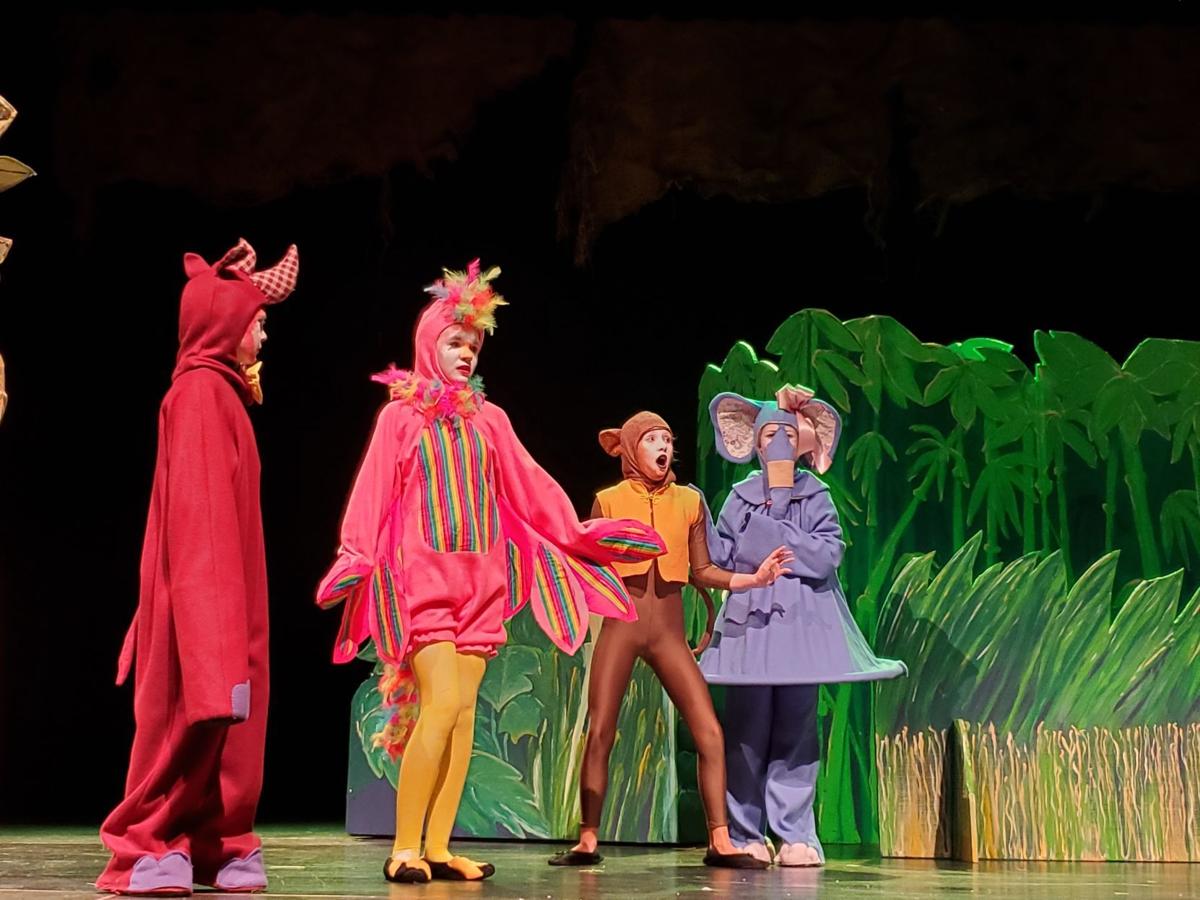 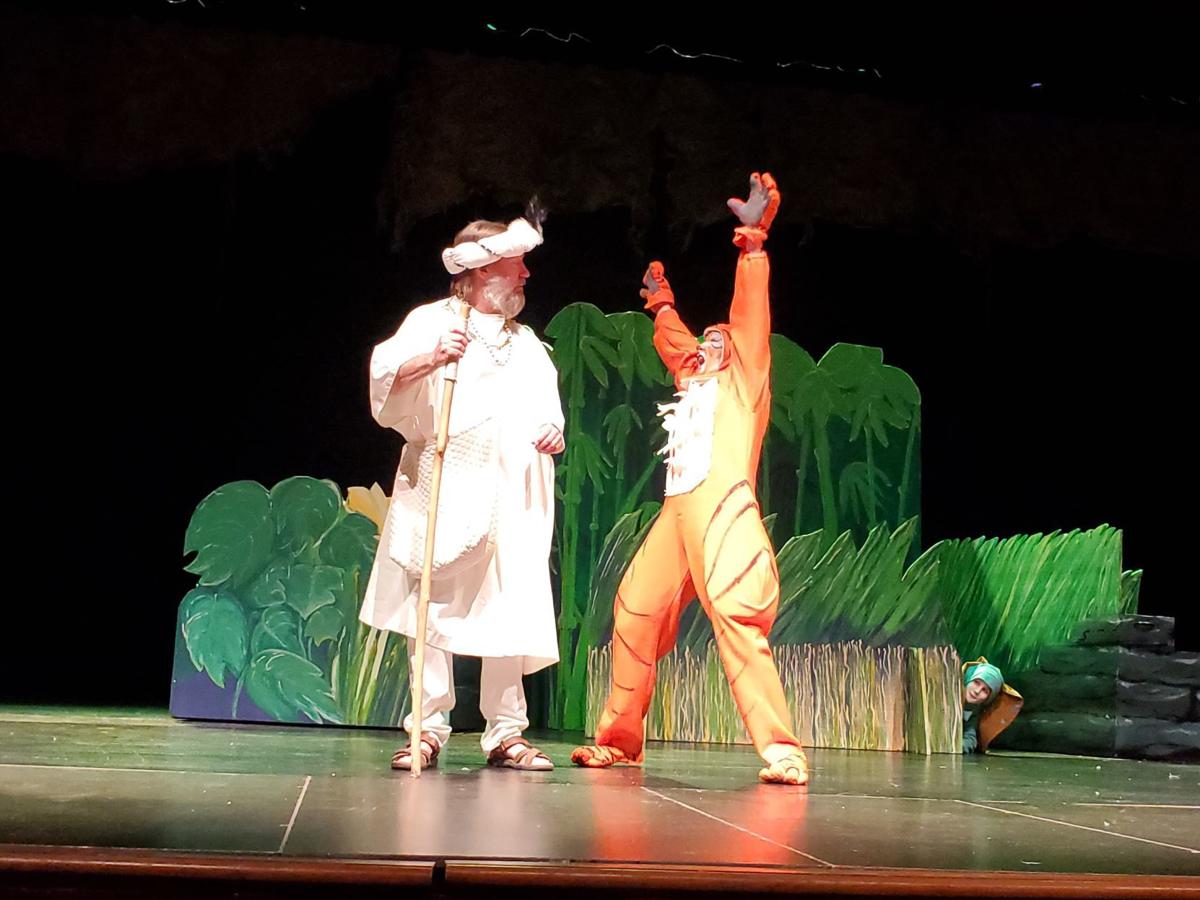 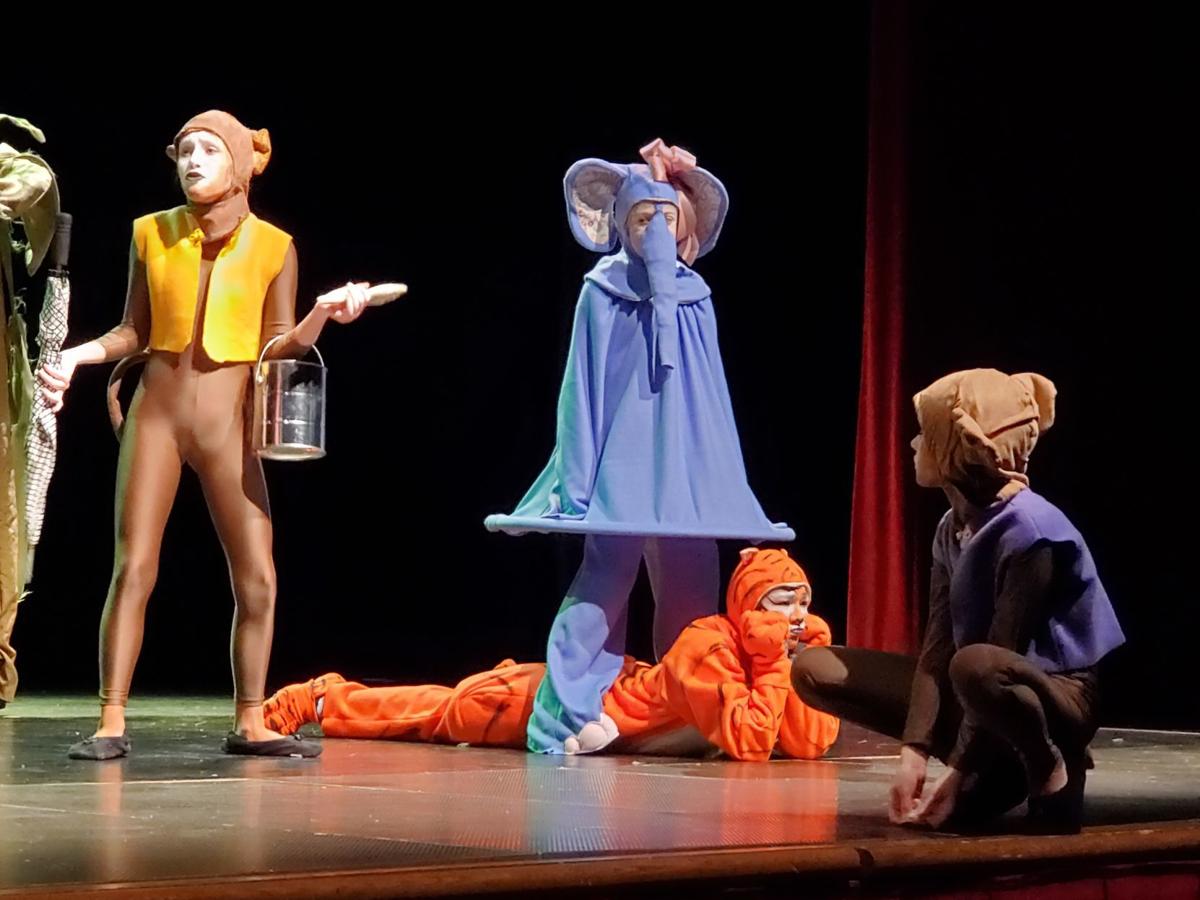 Elementary school is supposed to be a time of innocence, a carefree period of learning, growth and play. Often, however, it also is a time when playground politics have their way with children; many are picked on, and some play the role of bullies.

“The Calico Tiger,” a one-act children’s play by Christian B. Garrison presented by the Rock River Theatre Guild, takes a lighthearted but introspective look at what really might be going on inside the heart and mind of a bully, in this case, Jerome Tiger, the meanest, most ferocious tiger in the land.

Presented this Friday, Feb. 28, to all Fort Atkinson public elementary school students, “The Calico Tiger” will be shown in the Fort Atkinson High School auditorium to kindergarten through second-graders at 10 a.m., third- through fifth-graders at 1 p.m., and the general public at 6 p.m.

Admission is $5 for all seats to the evening show.

According to Director/Designer Trudianne Thom, the play carries an important message for the elementary school-age group. With this in mind, the Fort Atkinson PTO is covering the cost of student admissions during the day.

“We also want to get more kids exposed to theater,” Thom explained. “We’re seeing fewer young people attending productions, and we want to give those kids a chance to see a play and to think, hey, I could do that! It’s such a great outlet.”

The play begins as The Wiseone, played by Norman Goeschko of Lake Mills, walks through the jungle, setting up the story for the audience.

His sonorous voice and gentle movements succeed in setting a hushed tone which then is destroyed dramatically by the impressive roar of one Jerome the Tiger, played with enthusiasm and high energy by Sarah Vincent Dunham of Fort Atkinson.

All of the other animals in the jungle run from Jerome because his loud roar and striking stripes are intimidating. As a result, he has no friends.

Dunham, who starred in last summer’s production of the Disney musical “Freaky Friday” with the Fort Atkinson Community Theater (FACT), plays Jerome Tiger as fierce on the surface, but it’s easy to see his bluster is covering up a more complex persona.

In brainstorming a solution, they decide to appeal for help from The Wiseone, an aging wizard who is not at all afraid of Jerome the Tiger.

“He’s just an overgrown pussycat,” The Wiseone remarks, hinting that behind all the bravado, Jerome really might be full of loneliness and insecurities.

When The Wiseone attempts to diffuse some of Jerome’s braggadocio by asking him to solve a simple math problem (which he fails to do), the other animals realize Jerome might not be everything he’s been making himself out to be.

Nadia Bynum’s performance as Big Monkey is the thread that ties the story together. Her lively and nimble gestures and strong voice really draw the audience in to follow along on Jerome’s evolution from blowhard bully to humble friend.

In the meantime, however, the jungle animals plead with The Wiseone to perform some magic to get Jerome to become friendlier. The Wiseone explains that he doesn’t do traditional magic tricks.

Instead, he “prefers the magic of imagination” and encourages the animals to think of ways themselves to work with Jerome. He leaves them with the statement, “Things are not always what they seem…”

Ultimately, it is Big Monkey who comes up with the plan that starts Jerome on his path toward friendship. While Jerome is sleeping, Big Monkey repaints his coat, giving him a cute calico pattern in place of his fierce stripes.

Predictably, this causes a bit of an identity crisis for Jerome, but the side effects take the story in a whole new direction, one in which Jerome and the other animals face real and pretend hunters, not to mention their own notions of ego and the personas we show each other versus our true selves that crave the warmth and safety that friendship and companionship can offer.

The cast of this production of “The Calico Tiger” was a family affair. Norman Goeschko is the father of Bird of Paradise, played by Annalis Goeschko, whose mother, Karen Goeschko, plays Tree (a role that included no dialogue, but with which she imbued an entertaining amount of facial expressions).

The (real) hunter is played by Jason Bynum of Lake Mills who joins his children, Nadia (Big Monkey) and Jahslyn (Little Monkey No. 1) in his very first theater role.

Dunham’s son, Vincent, joins his mother on stage as the Rhinoceros in his first community theater production.

No stranger to theater are Noelle Herald as Little Monkey No. 2, in her third play; Mikaia Boswell as Elephant, her eighth play; and Rylie Neis, who began his career in the “Velveteen Rabbit.”

“I love theater because you get to act as a different person/animal/character and become them, and be in a new world,” Neis said.

With a cast consisting largely of children under 12, “The Calico Tiger” brings an authentic warmth to a timeless message so important in schools today. It’s delightful to watch the monkeys jump around, the Bird of Paradise preening, the Elephant whine in fear, and the King Cobra slither and slide as these animals discover the value of being themselves and the power that can come from being vulnerable.

After all, we all are stronger together than alone.