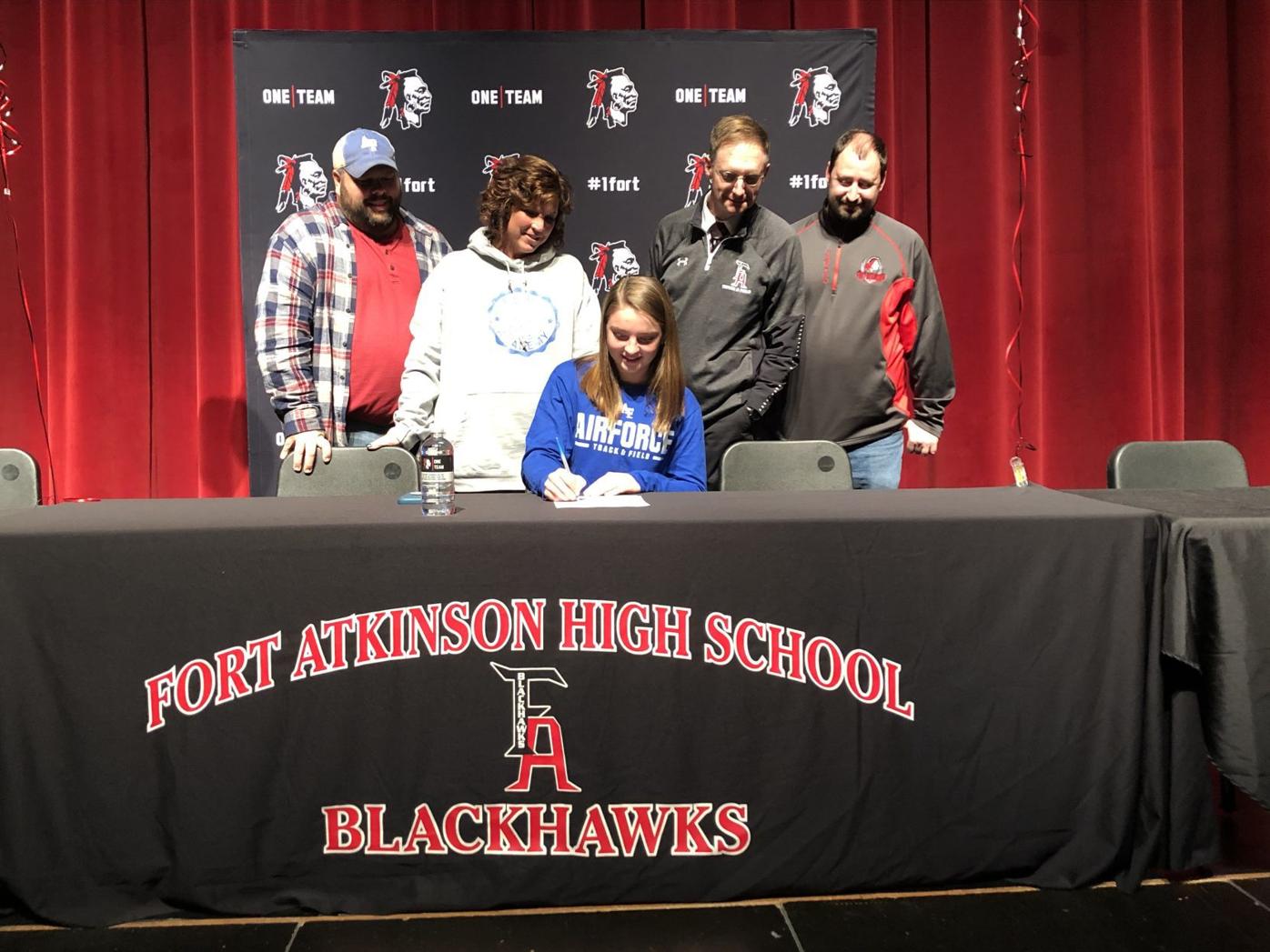 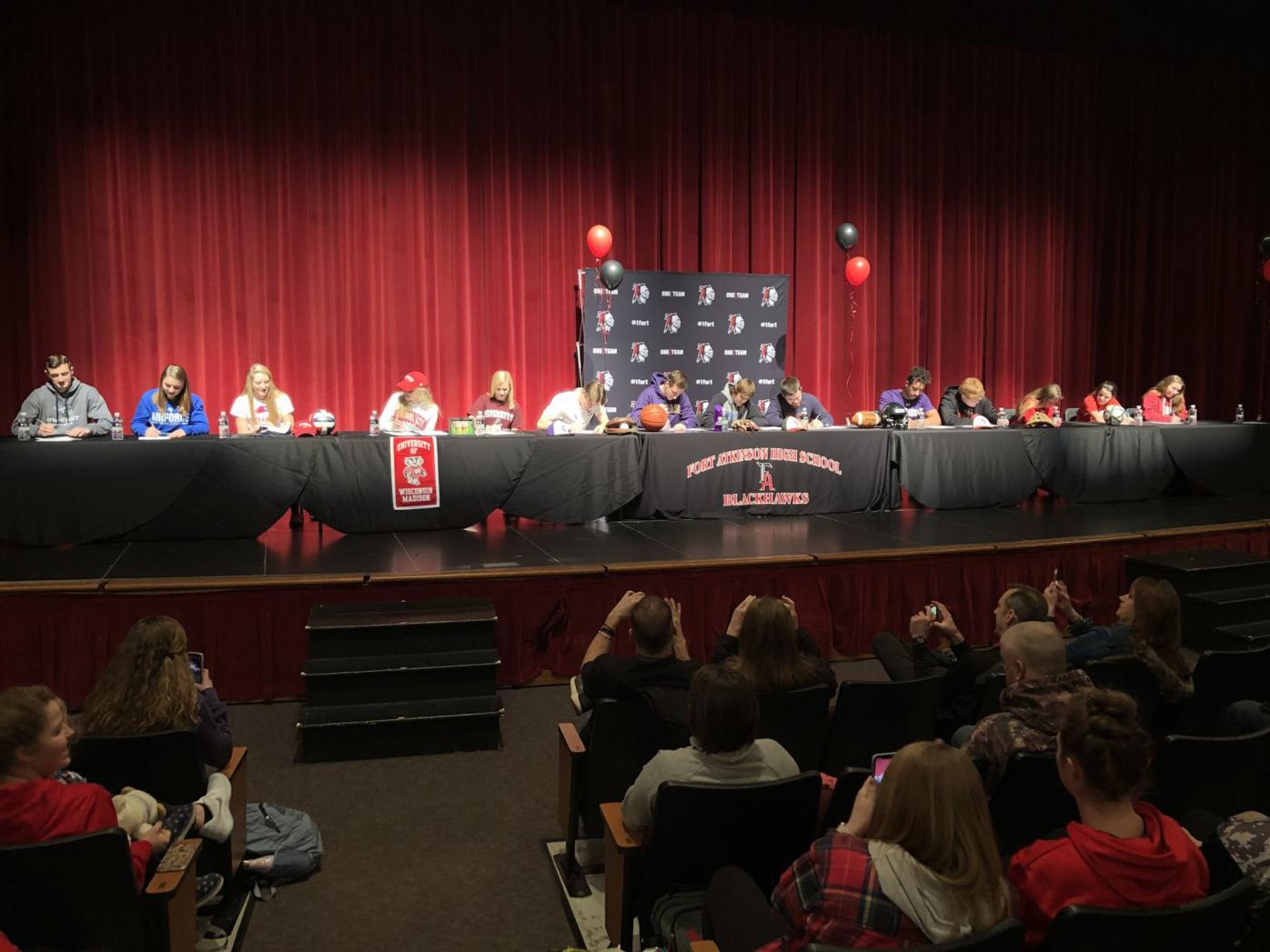 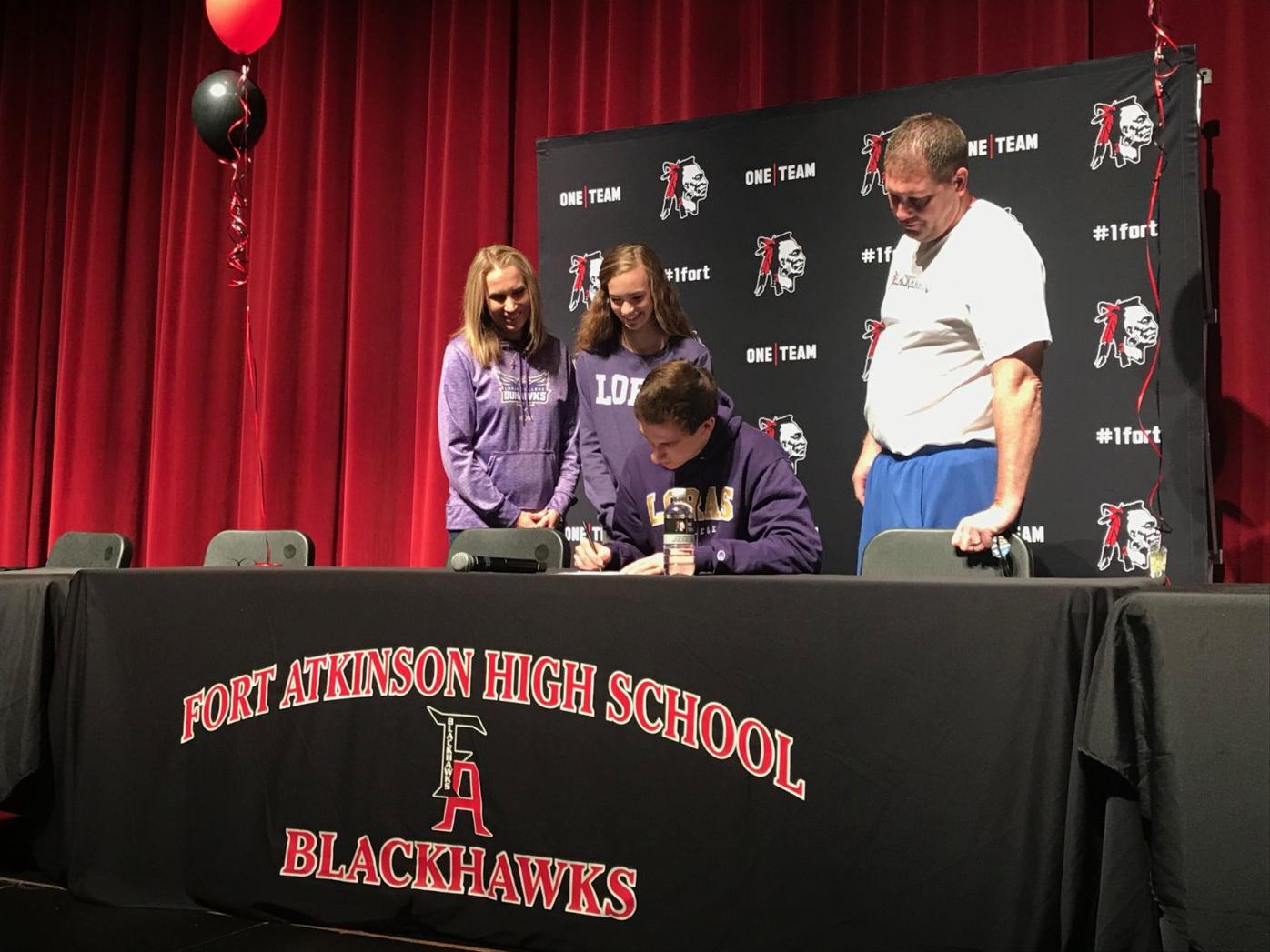 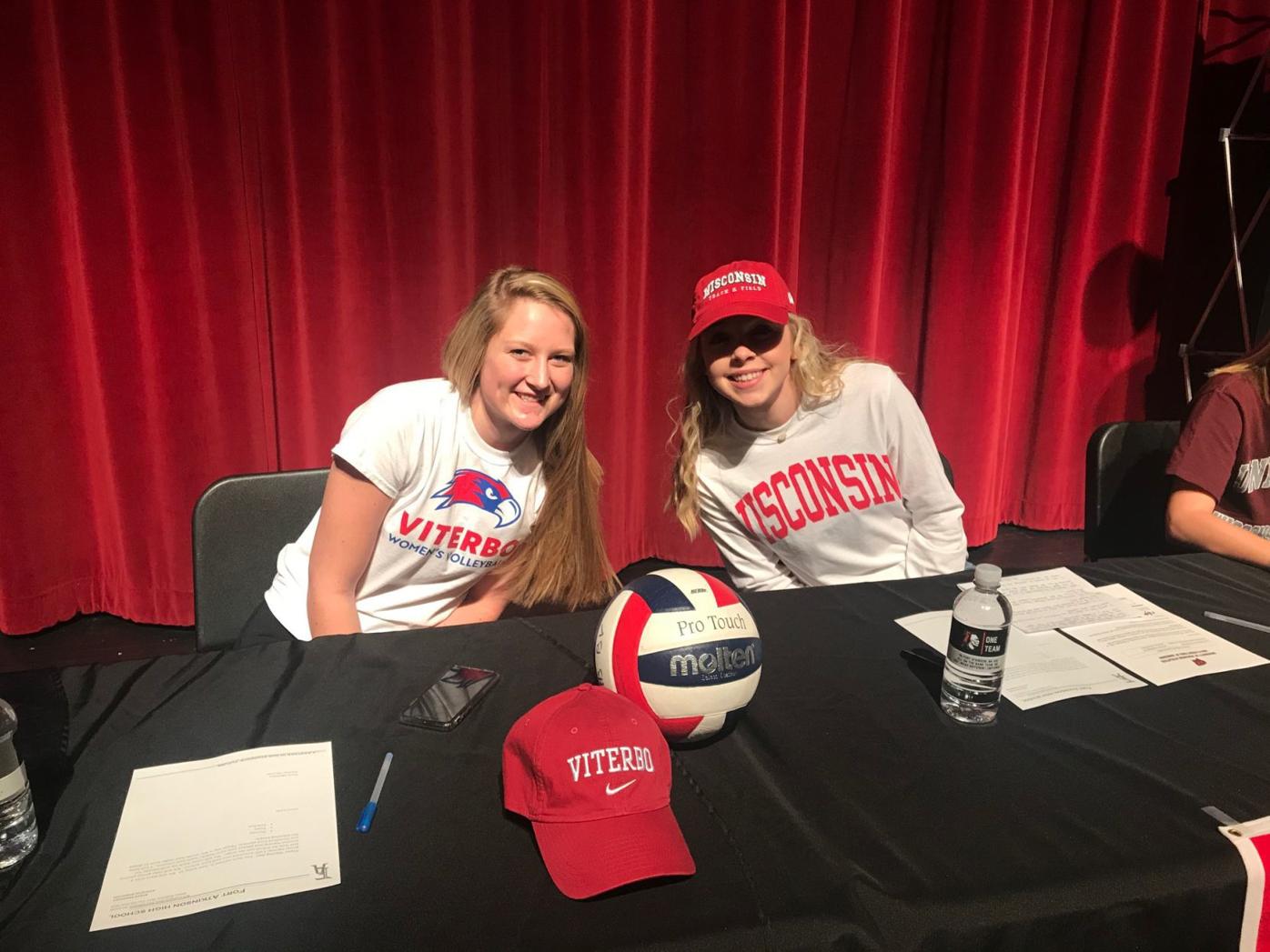 Fort Atkinson athletic director Steve Mahoney lives by a mantra of all athletes within the athletic department supporting each other.

To further that mission, Mahoney put all 15 athletes in the Class of 2020 who have declared a commitment to playing collegiate athletics on the same stage in the Fort Atkinson auditorium on Wednesday afternoon as a model to any underclassmen or teammates aspiring for similar achievements.

Mika Gutoski and Trent Hachtel each committed to playing football next year. Gutoski will play at the University of Wisconsin-Whitewater and Hachtel is committed to Carroll University in Waukesha; both are Division III programs.

Rylie Steffes committed to playing volleyball at Viterbo. Steffes will join former Fort Atkinson athletes Katie Frohmader and Miah Garant, who are seniors for the V-Hawks. Viterbo is an NAIA team that regularly competes near the top of the division.

Isaac Heederik and Seth Draeger each chose to commit to junior college baseball programs. Heederik committed to Bryant & Stratton in Wauwatosa, which is independent of conferences, and Draeger committed to Western Technical College, which competes in the Wisconsin Junior College Athletic Association.

Caleb Haffelder committed to playing Division III basketball for the Loras Duhawks, which compete in the American Rivers Conference. Loras is in Dubuque, Iowa.

Two athletes expressed their commitment to playing soccer — Morgan Miles and Signe Kind. Miles will play at Madison College and Kind is undecided whether to play at Carroll College or Wisconsin Lutheran.

Similar to Kind: Elliana Stine and Anna Schoenike are going to compete collegiately, though they haven’t decided which school they’ll compete at. Stine is between Loras College, UW-Whitewater and Morningside for swimming. Schoenike is between UW-Eau Claire, UW-Platteville and UW-Oshkosh for basketball.

Fairest of the Fair and homicide case gets delayed

We want to see pictures of your kids in costumes, Halloween decorations, food, and parties from years past. Funny, scary, cute, or silly – send us your spooktacular photos today!