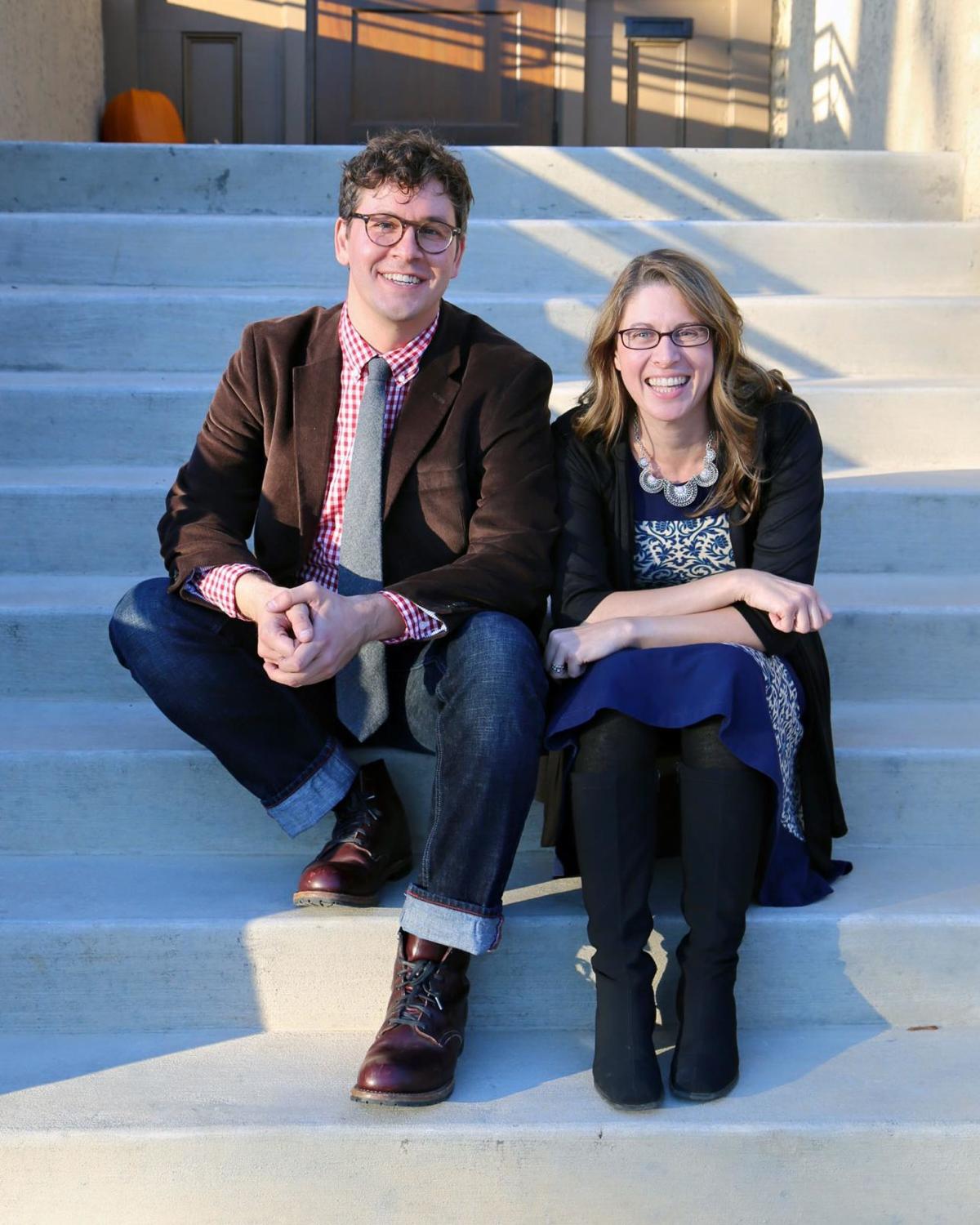 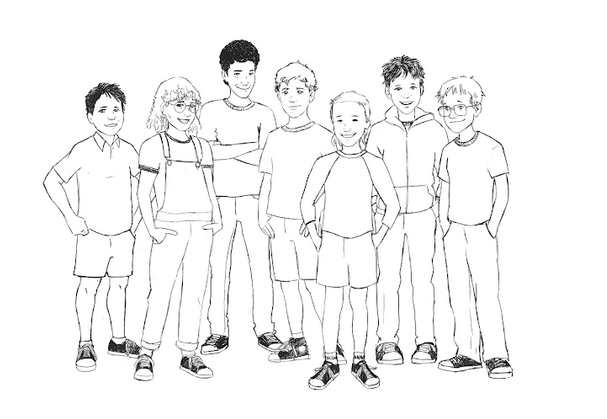 An illustration by Dan Romens. 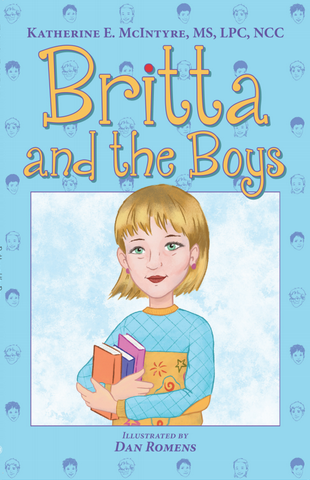 An illustration by Dan Romens.

As a child growing up in Fort Atkinson, Katie McIntyre connected with a group of friends who have remained steadfast into their adult lives.

In fact, she just finished a project with one of those friends, Dan Romens, who illustrated her new book, “Britta and the Boys,” based loosely on the memories that group of friends built together.

This actually is the second book project McIntyre and Romens have done together. In 2015, she and her former classmate collaborated on the picture book, “How Frederick Found His Light.”

A school counselor working out of Luther Elementary School in Fort Atkinson, McIntryre focused her first book on losing a loved one to suicide and how children can learn to deal with the sadness with which this loss leaves survivors.

McIntyre said she has been amazed and humbled by the number of people who have contacted her about her previous book, saying it helped them teach and reach out about a subject that’s very difficult for children.

“I have had a lot of people tell me the story had a deep impact on them,” McIntyre said. “It is one of the only books for children dealing with that topic.”

“How Frederick Found His Light” marked the first book illustration project for Romens. Now living in Madison, he works mainly as an animator.

McIntyre’s second book is for slightly older readers and has a lot of details drawn from her own life in the upper elementary-going-into-middle-school years.

McIntyre said she has been working on the project on and off since January of 2017.

“I was having lunch with a group of friends from Fort Atkinson, and we were waxing nostalgic about the things we used to do,” the author said. “It’s still a very close-knit group and we still get together fairly regularly.

Fort Atkinson’s Dwight Foster Public Library will be hosting a virtual book talk by McIntrye on “Britta and the Boys” from 6 to 6:30 p.m. this Tuesday. Originally, the talk was set to be live, but the coronavirus pandemic intervened, and now all gatherings at the library must take place in virtual form.

The talk may be accessed at: https://www.fortlibrary.org/event/britta-and-the-boys-virtual-book-celebration/.

“It’s ironic that I’m doing this event through the library, as I wrote most of the book at the library,” McIntyre said.

Her son, now a middle-schooler, was younger then, and she often would write while he was attending library children’s events elsewhere in the building.

McIntyre said the book is in many ways a tribute to Fort Atkinson as it was when she was growing up. It also is a tribute to her friends and family, who provided such a strong foundation for her in this community.

The book is set in the 1980s. For the benefit of young readers, she has included a reference section at the end of the book to translate some of the terms of the times with which today’s children might not be familiar.

Though not long ago, it was a totally different time, McIntyre said.

“We were part of the last generation that didn’t grow up with electronics,” she pointed out.

“We weren’t constantly in touch electronically and had to seek each other out,” she said. “I am so thankful we were able to have that time together, in person. We’d meet for Salamone’s pizza, get together outside. If we were on the phone, we’d have to sit by the wall the phone was attached to.”

The book is full of scenes that will be familiar to people who grew up in Fort Atkinson around that time – or in other generations. The Fireside Theatre plays a role. The Hoard Historical Museum puts in an appearance. An entire chapter is dedicated to adventures at Haumerson’s Pond.

She also recalls hanging out at the old railroad trestle over the Rock River. Now a pedestrian bridge dedicated to walkers and bikers, it used to be off limits — although children still broke the rules to explore there anyway.

McIntryre said she is excited to be able to share these memories with a new generation and hopefully to inspire them to explore some of the same places she and her friends did when they were young.

“Growing up, I was a Purdy Panther, and at the end of my elementary years, I went on to J.F. Luther Middle School,” the author recalled.

Now her old middle school building has been transformed into the elementary school where she serves a counselor.

“Britta and the Boys” officially was released June 23.

While she was writing the story, McIntyre sought input from local children, who provided anonymous feedback.

When her book came out, McIntyre sent free copies for each of her “advance readers” in recognition of the role they played in helping her to hone her story for young audiences.

She’s now excited to be able to share the story with a wider audience.

“The overall message is to be yourself, to be comfortable with who you are,” the author said.

She noted that most of her friends growing up actually were boys, which was somewhat unusual. But the fact that their friendship persists today is a testament to the strength of those early ties. Whatever gender, a true friend is a friend for life.

Tuesday’s live virtual author chat — being done through Zoom — will include the opportunity for audience members to ask questions of both the author and the illustrator, who also will be present.

They will share the process of putting out their book and answer questions people might have about how to publish their own works.

“Part of my vision is helping people — especially young people — to understand, ‘You can be a writer, too,’” McIntyre said.

She recalled the moment the lightbulb went on in her childhood mind and she realized that she could be an author.

The librarian at Purdy used to run a program through which every child was encouraged to write a book that other students could check out of the library and read.

“That was a pivotal moment for me,” she said. “That was so empowering.”