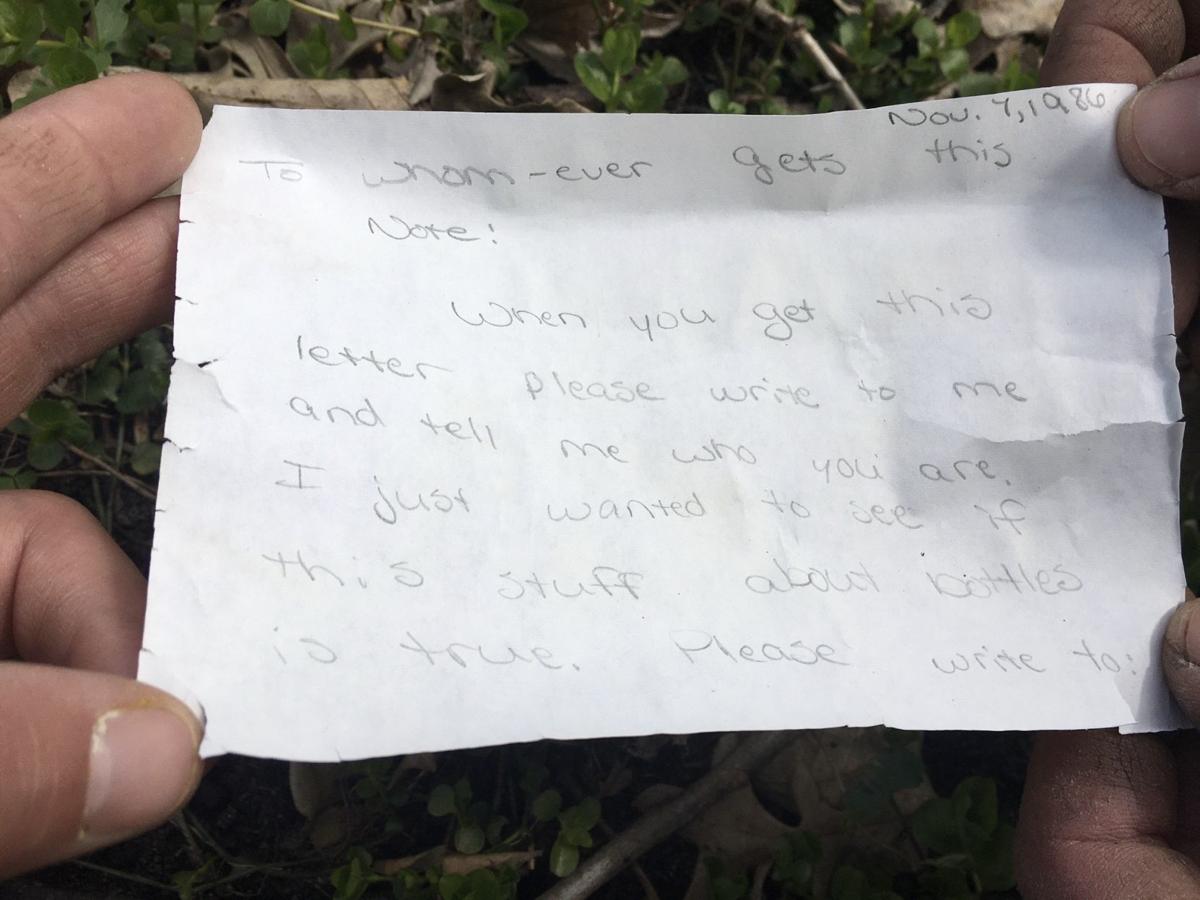 This is the message found in a bottle near the Vinnie Ha Ha Marsh in Koshkonong by Miranda Majorowicz of Edgerton. 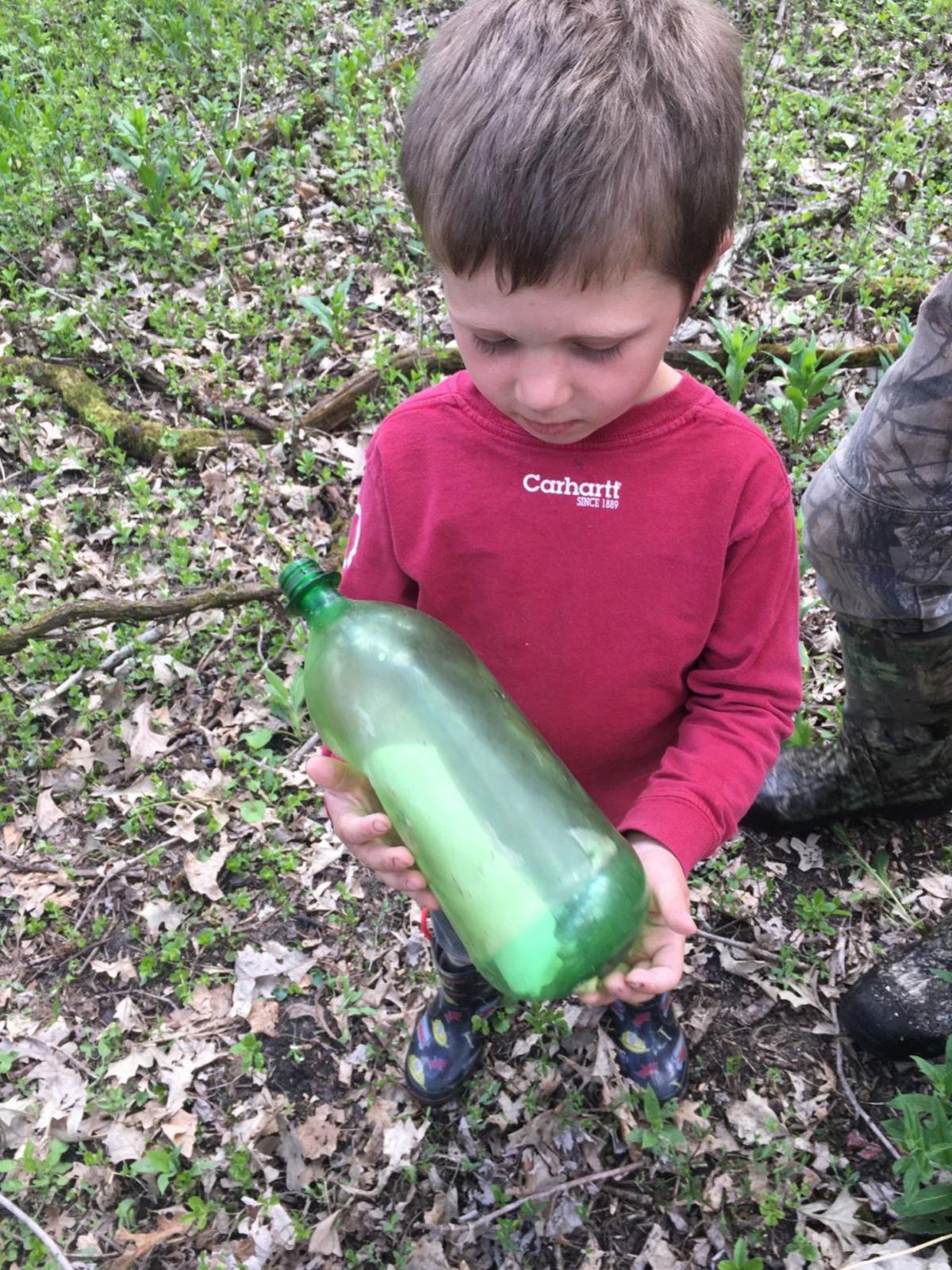 Below, Jamison Majorowicz, 4, of Edgerton, holds a message in a bottle that his mother, Miranda Majorowicz, found while hiking at the Vinnie Ha Ha Marsh in Koshkonong. Above is the message, writte in 1986.

This is the message found in a bottle near the Vinnie Ha Ha Marsh in Koshkonong by Miranda Majorowicz of Edgerton.

Below, Jamison Majorowicz, 4, of Edgerton, holds a message in a bottle that his mother, Miranda Majorowicz, found while hiking at the Vinnie Ha Ha Marsh in Koshkonong. Above is the message, writte in 1986.

KOSHKONONG — At first pass, it just looked like a regular glass bottle.

But at second glance, Miranda Majorowicz realized there was something inside.

Majorowicz was hiking with her family on her husband’s birthday at the Vinnie Ha Ha Marsh in Koshkonong when they stumbled upon a surprise.

“We actually walked past it (the bottle) once and then on the way back it caught my eye,” said Majorowicz, an Edgerton native. “I happened to notice there was something white in it. I picked it up and there was a piece of paper in it.”

Turns out, a message in a bottle had washed ashore.

Majorowicz opened the bottle and read the letter.

“It was so old, the paper was falling out,” Majorowicz said.

The Majorowicz family took the piece of paper home, at first snapping a few photos just in case it fell apart on the way back.

The message in the bottle was dated Nov. 7, 1986. Majorowicz tried to track down the writer using the name and address listed.

Unfortunately, the address — a Milton highway address — no longer existed. The message asked whoever found the letter to try and reach out.

“To whomever gets this note: When you get this letter, please write to me and tell me who you are. I just wanted to see if this stuff about bottles is true.”

Majorowicz posted the information on Facebook and within 12 hours, the post had more than 300 shares and the author had been found.

The note was written by a then-12-year old Becky Schultz, who is now Becky Lane and lives in nearby Janesville. Becky’s son, Doug Lane, caught wind of the post on Facebook and shared it with his mom.

“I was tagged in a comment on the original post on Facebook by my elementary school teacher, Mary Richards, asking if it was my mom,” Doug Lane said. “The handwriting looked like hers still does today.”

Becky Lane and Majorowicz exchanged some texts over the 34-year old note.

“She really didn’t even remember doing it,” Majorowicz said. “She asked her mom and they vaguely remember it. They had a relative that lives on Lake Koshkonong. She assumed that’s where she did it. She thought it was really cool that it was actually found.”

“She doesn’t even remember making the message at all, but I guess what they say about bottles is true,” he said.