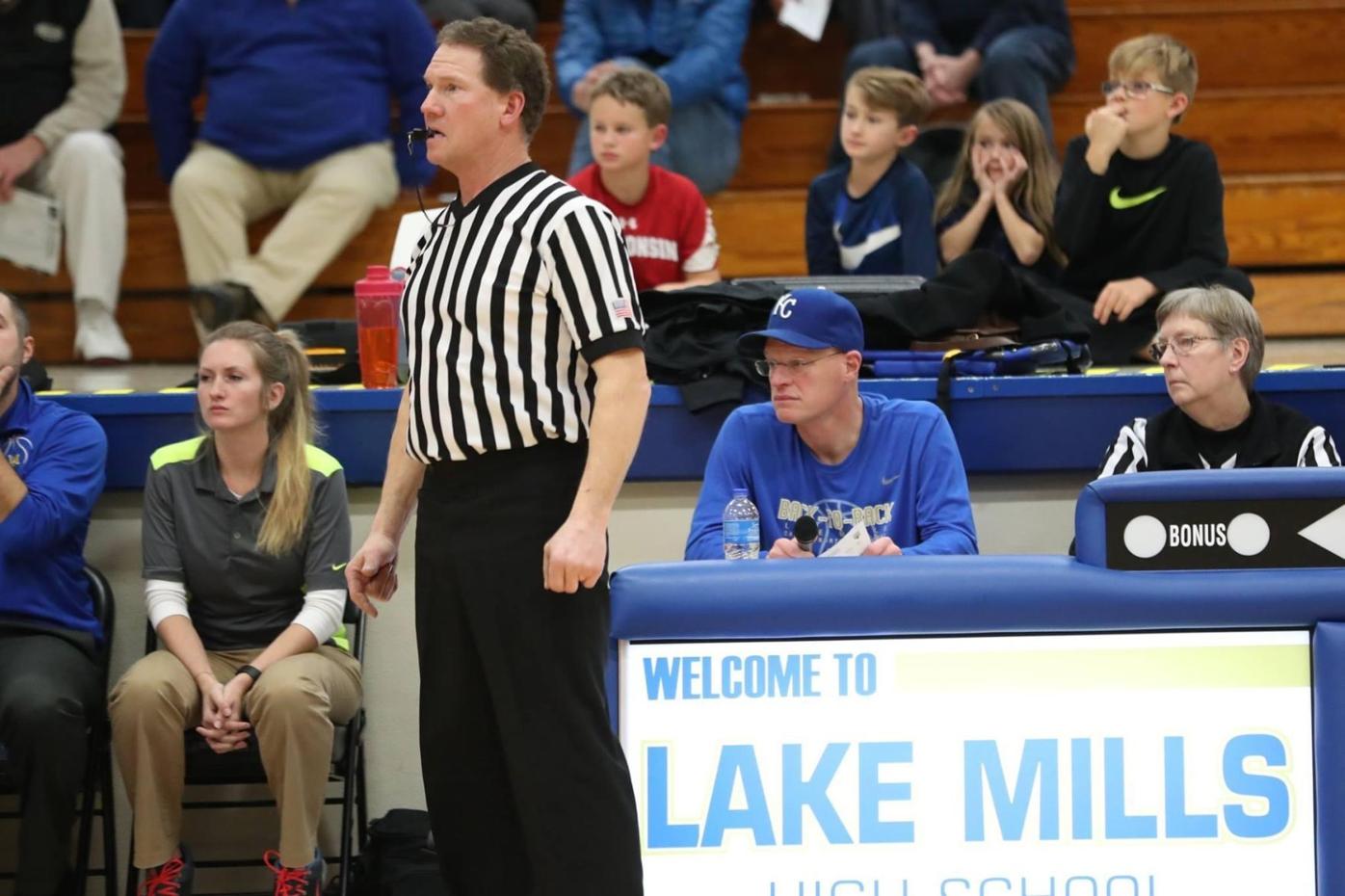 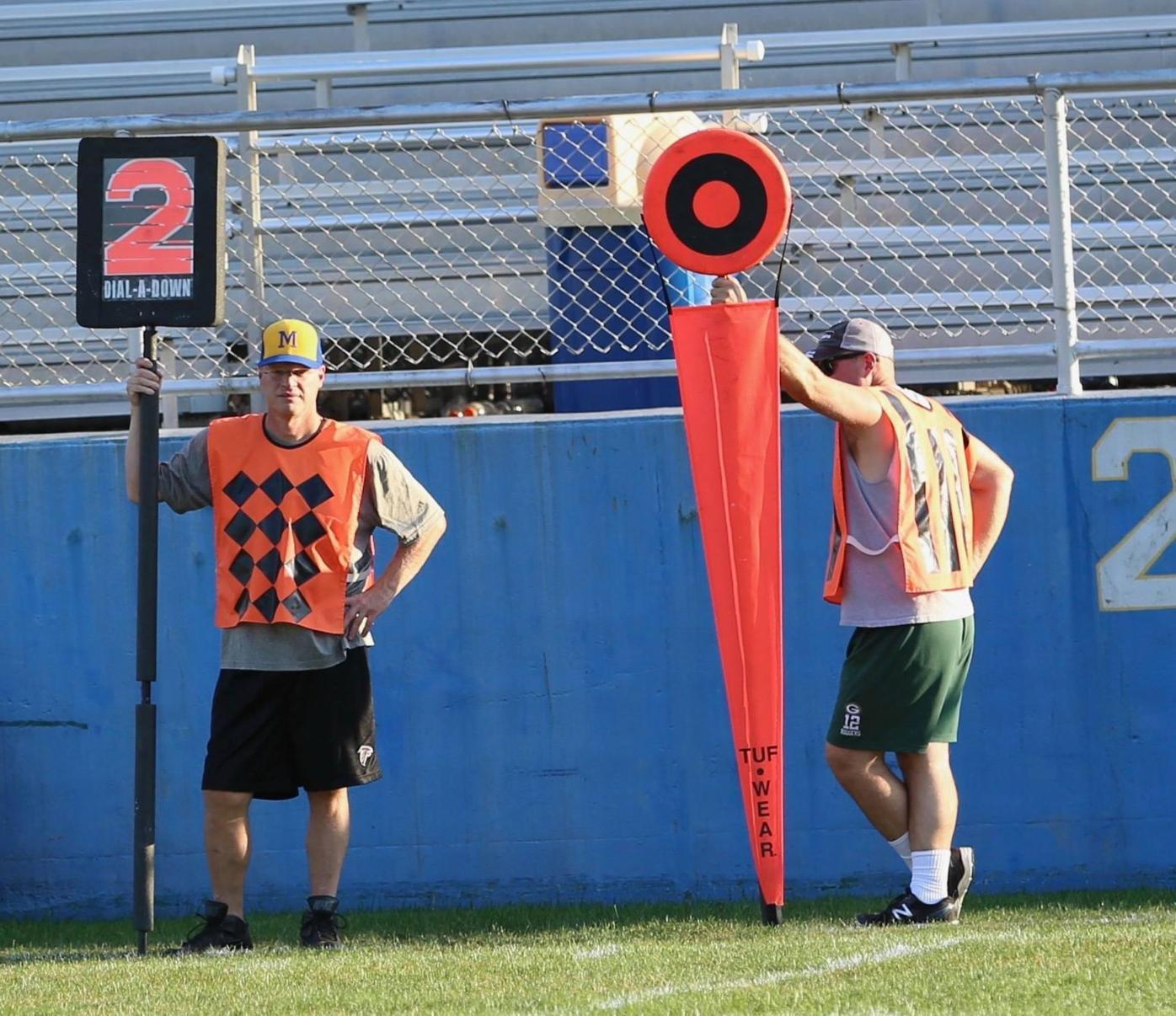 Steve Alexander has worn many hats.

The 1986 Lake Mills High School graduate calls basketball, wrestling and volleyball games for the L-Cats, and also works at the middle school as a custodian. Over in Jefferson, Alexander has spent time as an employee for the Parks and Recreation Department and also runs the chains at Jefferson High School football games.

Alexander recently added another hat to his list: Cancer survivor.

Around a year ago a tumor was found in Alexander’s pancreas. He got a biopsy before Christmas and in March had surgery to remove the tumor.

He was diagnosed with stage 1 pancreatic cancer.

But luckily the tumor was caught soon enough that Alexander did not have to undergo radiation or chemotherapy.

“In August I went back for a recheck and I came back clean,” Alexander said. “I put weight back on, my energy is back and I was able to get back to what I love to do, which is being on the sidelines in the fall. This year just happens to be in Lake Mills.”

Alexander usually runs the chains in Jefferson — he’s done it for 18 years to be exact — but the Eagles opted to move their season to the spring.

“I try to make the kids feel like they are the most important people,” Alexander said. “They feed off the energy I provide for them when I announce.”

But that wasn’t always easy.

Even when Alexander was recovering from his diagnosis, he would still make it to Lake Mills to call games.

The only game Alexander missed last season was the Lake Mills boys basketball regional semifinal against Martin Luther. He had gone to the hospital a day before to get a stent put in, which caused Alexander to get hospitalized with pancreatitis.

“When I was going through it last season players and coaches would come up and say, ‘How are you doing?’” Alexander said. “They didn’t know a lot, but they knew I had changed physically a lot. I lost 80 pounds off my frame.

“I always put it aside when it came to game time. I wanted to make those coaches and kids feel like they’re the most important people because they truly are.”

Alexander picked a good L-Cat football season to be a part of. Lake Mills went into its game with Lakeside Lutheran Thursday with a 6-2 record, averaging 39.1 points per game.

“It’s been a blessing to be able to get back and do what I love to do,” Alexander said. “It’s been fun to watch the boys play. It’s like watching backyard football...They make it look easy.”

Alexander planned on attending the Lake Mills-Lakeside Lutheran football game on Thursday, sitting atop of the hill that overlooks the end zones across from the parking lot.

Of course Alexander will have a rooting interest for the L-Cats, but he also has a relationship with Lakeside senior Ian Olszewski — who Alexander got to know through Jefferson Parks and Recreation.

“We’ve had a good relationship,” Alexander said. “We had a good talk when he came to Lake Mills a couple weeks ago. He found me after the game and we shared a hug.

“I wished him well. I would maybe come down and try to say hello and congratulate him on a great career (after Thursday’s game). He’s a great kid. He’ll be playing basketball and I always tell him he’ll be getting home cooking frome me when he plays at Lake Mills.”

Whether it’s a Jefferson native playing at Lakeside Lutheran or one of the many Lake Mills families, Alexander has felt the support from the community during his tough trial.

“It’s (the support) been humbling,” Alexander said. “I feel blessed. The power of prayer and the good thoughts and well wishes from the people of Lake Mills and Jefferson have been wonderful. I can’t thank them enough. It’s heartwarming and it makes you feel special.”

It’s fitting that the man that makes so many student-athletes feel special with his voice gets it in return.

“I’ll keep doing this as long as they still want me and as long as I still feel well,” Alexander said. “I have no intention of giving it up.”