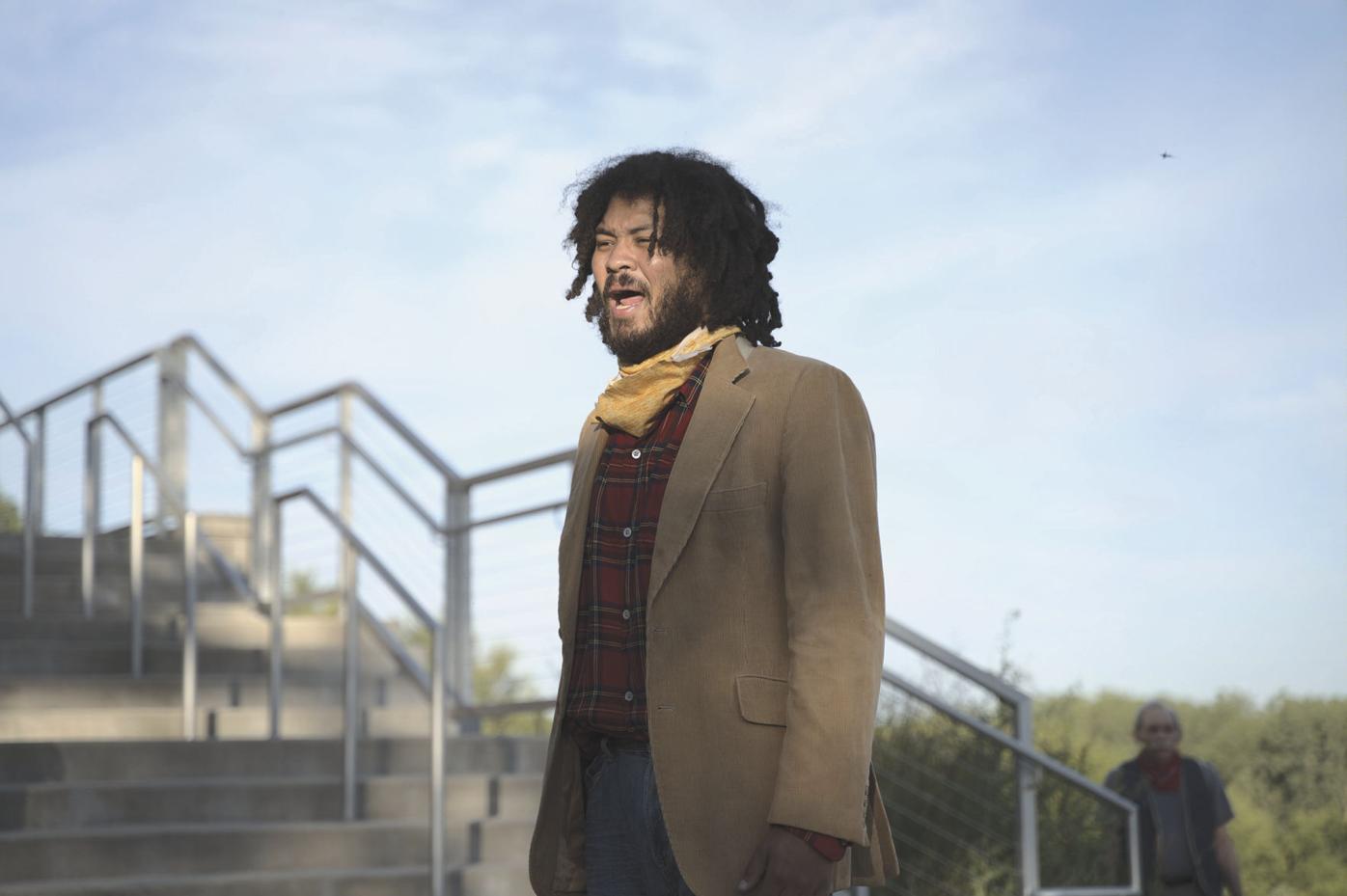 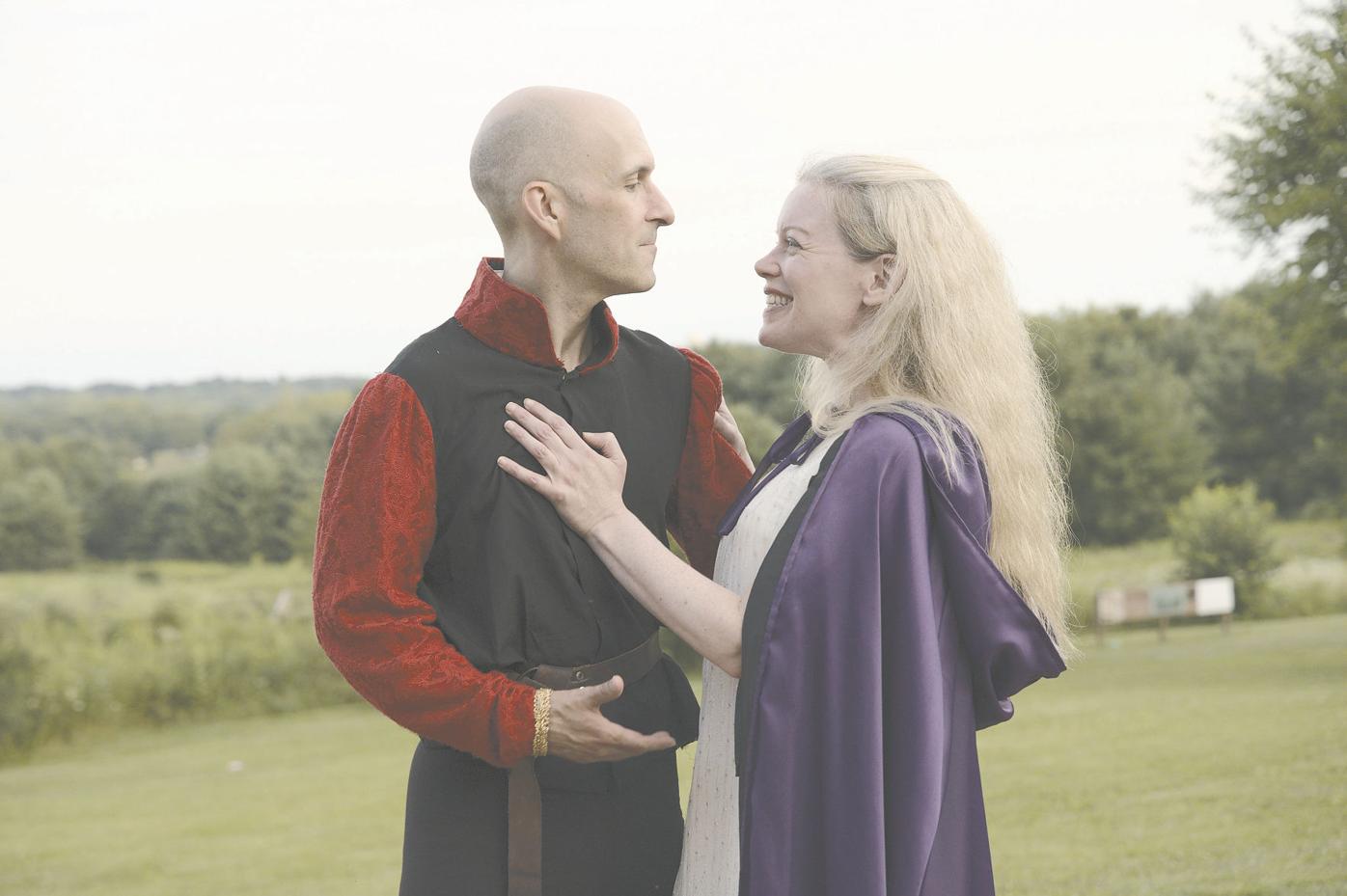 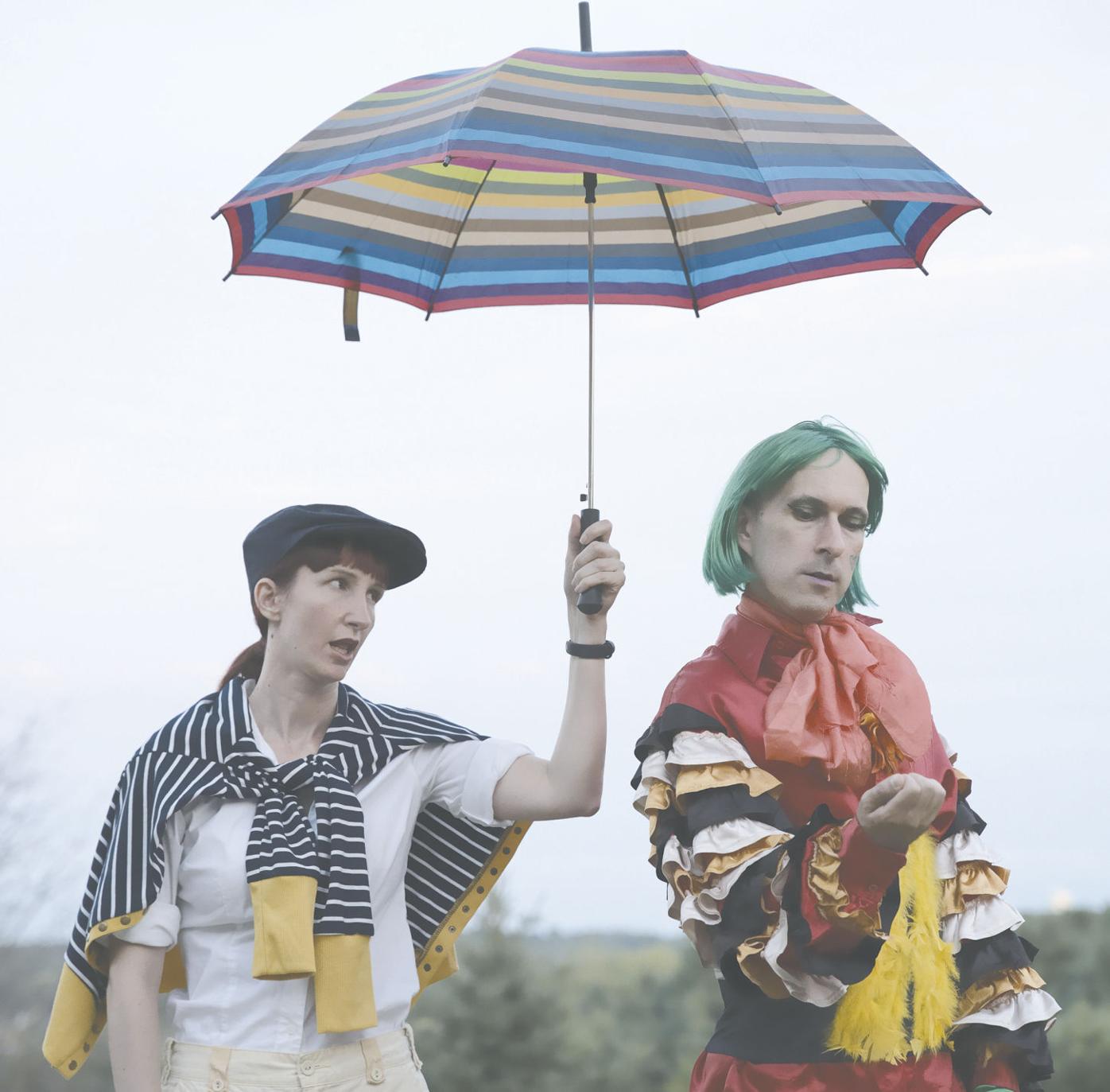 LAKE MILLS — If you were walking through a park in Madison recently and saw people dressed in 16th-century clothing, you might have thought that staying inside all these months has finally taken its toll.

But in reality, what you were seeing is how live theater looks these days. Well, at least the dress rehearsals.

Since the COVID-19 pandemic shut down live theater options this year throughout Wisconsin, theater-lovers have had few options other than watching “Hamilton” on the Disney streaming service.

But the Madison Shakespeare Company has something special in store this weekend that no one thought would happen this year: It is putting on two live shows.

The catch is, the company is not using its normal venue at Madison’s Edgewood College. Rather, it is taking its show on the road.

The company will perform “Scandals,” three short classic comedy plays, outdoors at the Tyranena Brewing Company’s beer garden in Lake Mills. And to promote live collaborative art in the state, there is no cover charge or tickets.

“We were looking for things that would be fun and funny,” said Jason Compton, producer of the Madison Shakespeare Company. “No dour and dire (shows) to make people wish they had stayed home and watched Disney Plus.”

The idea to perform at the Lake Mills brewery came from a friend, Compton said. And the cast and crew loved the idea.

The three short plays will be “The Bear” by Chekhov, “The Dark Lady of the Sonnets” by Shaw and “The Pretentious Young Ladies” by Molière.

The plays, while classics, capture the problems of today, said director Kendra Thompson.

“The last play is a cautionary tale on social media and for people who spend too much time on TikTok,” she said.

And for those like Thompson who are craving their Shakespeare fix this summer with American Players Theatre postponing its season, there also is that within the plays.

The theater group last performed in February and had planned to do “All’s Well That Ends Well” in June.

At the time, Edgewood was going to host the company at its amphitheater attached to its theater building. But that was canceled.

So, the theater company decided on three, one-act plays that will give theater-goers a chance to get their fix and let others who have never enjoyed live theater a chance to see what they are missing.

“In April, we saw that things were not going to change really, really soon. We still had a cast and crew still interested in performing over summer,” Compton said.

With indoor restrictions on Dane County during the pandemic, the theater group took its rehearsals to parks around the Madison area, with plenty of onlookers.

“Rehearsing outside has left me with a mosquito-bitten body,” Thompson said with a laugh. “There was not a lot of privacy; not only were we attacked by mosquitoes, but it takes a lot more courage to take the risks you need to take, as actors or a director, surrounded by people.”

With little opportunity for theater this summer, Thompson said, she was excited for the opportunity.

“We are grateful for anything and we always have been,” she said. “And the brewery has been so gracious.”

Thompson said she didn’t know what to expect with crowds during a pandemic. Also, there is a new mask mandate now issued by Gov. Tony Evers.

“Whoever is there, we will perform our hearts out for them,” she said.

Thompson said what makes these three choices of plays special is not only that they reflect some of the issues of today, but the words are brilliant.

With places like Madison’s Overture Center canceling shows for the summer, theater, now more than ever, is so important, she said.

“The performing arts are essential; whether theater or dance, we take them for granted,” she said. “If we miss them long enough we might lose some of our companies.”

There has been an uncertainty, she said, as to whether the theater group would be able to perform for an audience at all this year.

And trying to rehearse on Zoom has been a challenge.

“But our actors have done fabulously,” Thompson said.

The shows will be performed at 2 p.m. Saturday and Sunday on the outdoor patio at the brewery.

Compton has been involved in the theater company since 2012 and joined again when the company was dormant in 2015.

Taking shows on the road might not only be a thing during the pandemic, but something that the theater company continues with in the future.

The group also is doing a few private shows next week.

“I was kicking myself (that the brewing company was) not on my radar sooner,” Compton said.

The cast, he said, is ready to do shows again.

“They are really loaded for bear, no pun intended,” Compton said.

Since theater has had a long layoff, Compton said, he is not sure what to expect from a crowd.

“My hope is they find live collaborative art just the way they left it,” he said. “Pretty easy to lose yourself in.”