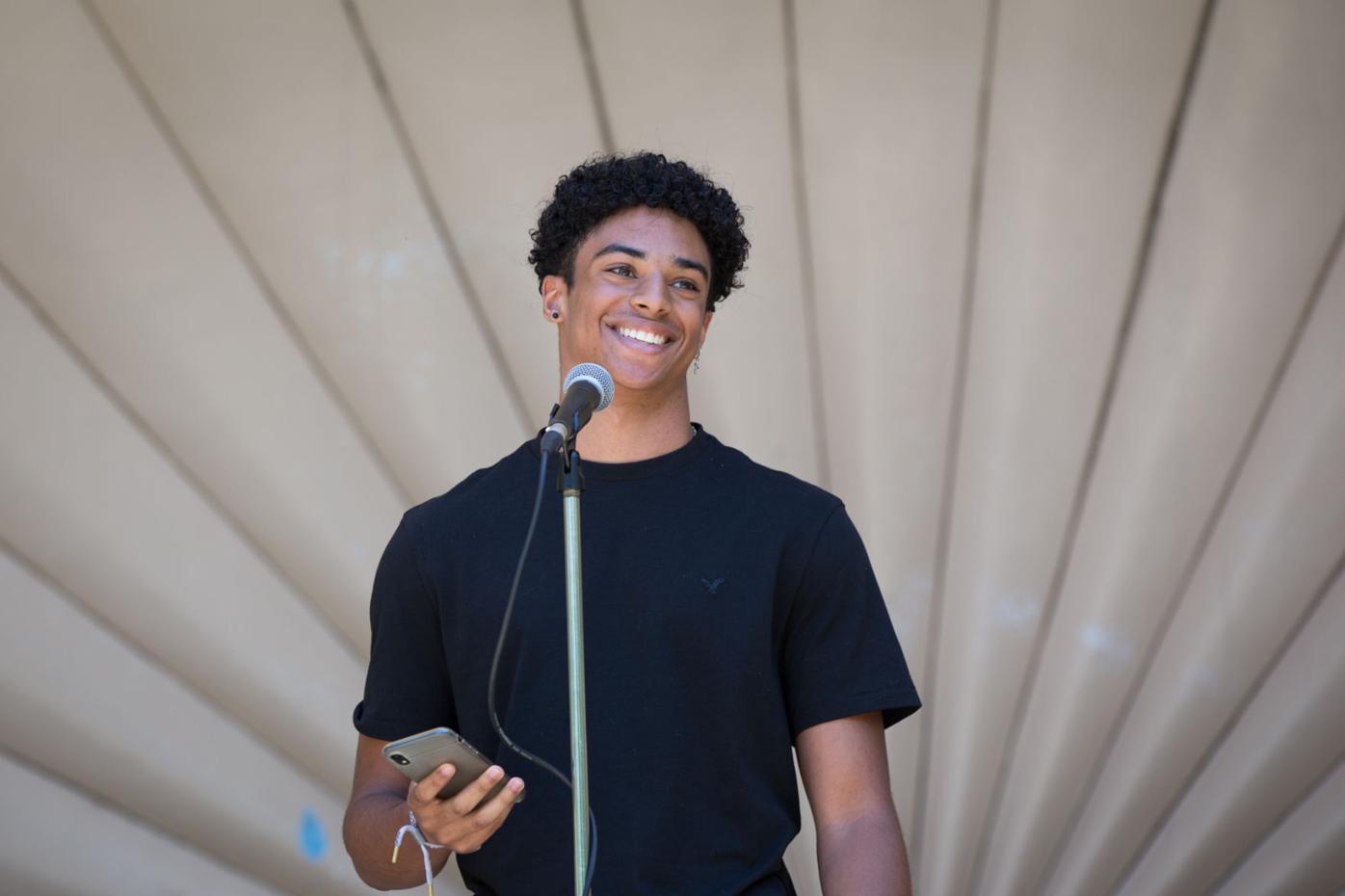 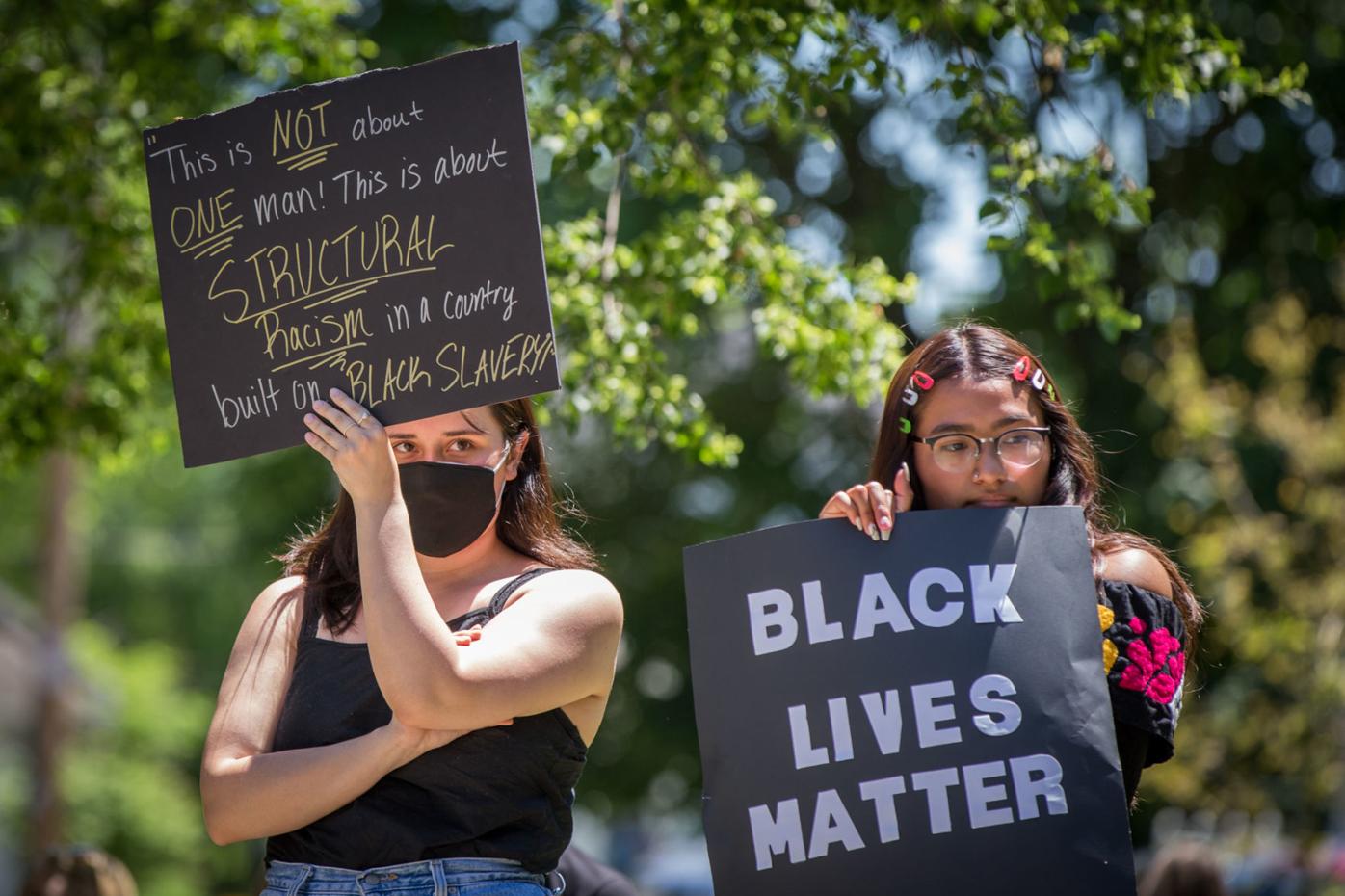 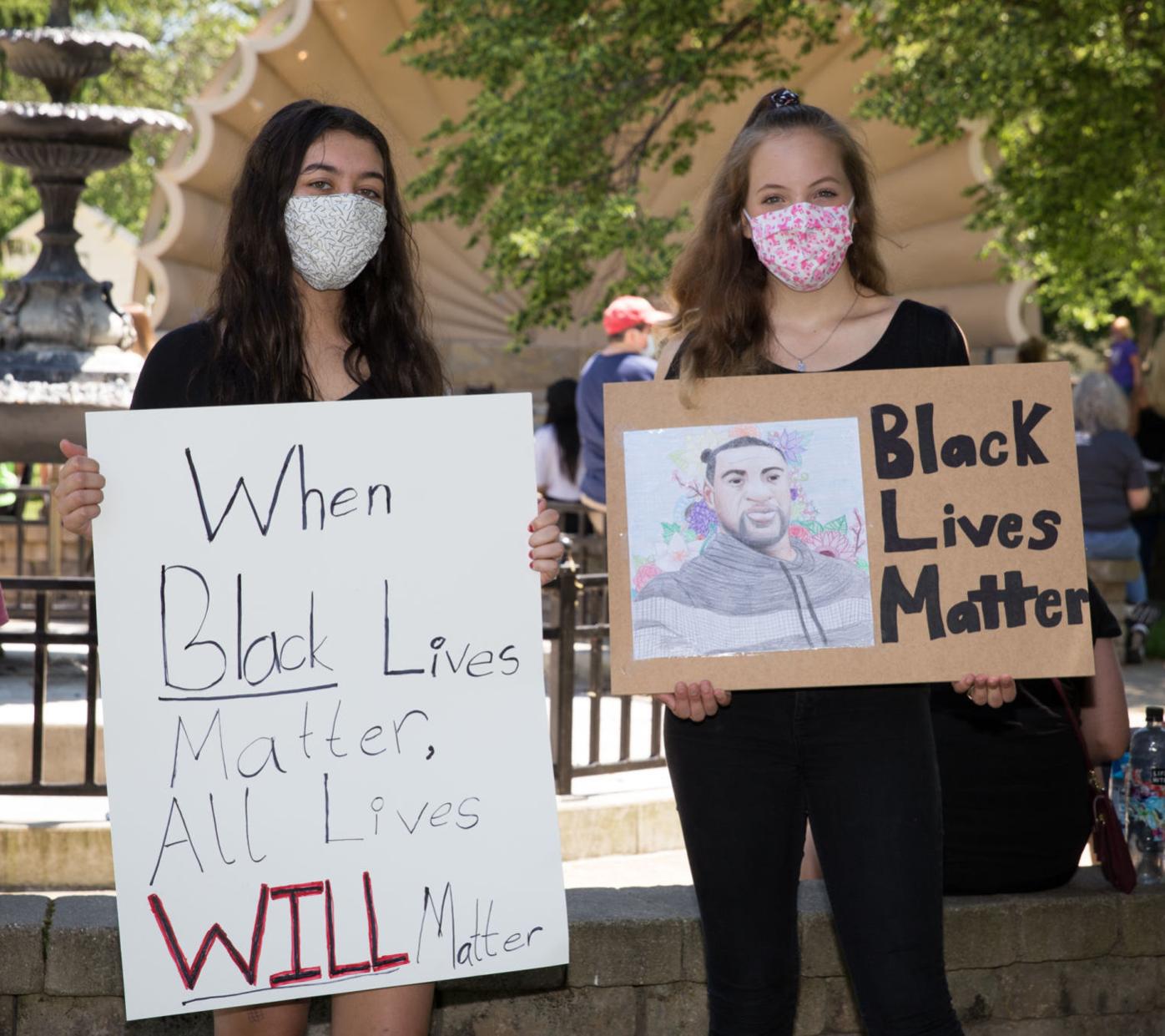 When Noah Kontny saw the nationwide protests during the past two weeks, he wanted to join in that voice for change.

But when those protests started to turn violent in some cities, the Fort Atkinson teen decided to organize a peaceful gathering in a smaller town where teenagers also can feel safe.

“At first, I thought they were appropriate, but then they spiraled to a negative,” Kontny said of the protests in larger cities like Madison and Milwaukee where windows were smashed and a police car was lit on fire. “I saw more violence in every protest. Kind of got scary at a certain point.”

Last weekend marked 12 days since the death of George Floyd after a white Minneapolis police officer used his knee to pin Floyd to the ground for more than eight minutes while Floyd pleaded for air and eventually stopped moving. The daily demonstrations that erupted nationwide led to some clashes with police in cities across the nation, including Madison, where about 75 businesses were damaged the first night and multiple fires were set and several officers were injured by rocks and other projectiles thrown at them. Volunteers took to the streets to clean up damage the following day.

Kontny said that with most of the nation staying home the last few months due to the COVID-19 pandemic, there was a breaking point.

He said he first learned more about Floyd on social media the day after he was killed.

“That was really scary to see that situation. Of course, there were a lot of emotions: fear, anger, resentment. And how poorly that was handled. An innocent man,” he said. “A lot of outrage. How is this still happening?”

He said he thought about going to nearby protest in Madison or Milwaukee, but was concerned for his own safety after those turned violent.

After speaking with people in his church and other friends, he decided a week ago Sunday that he would organize a peaceful protest in Fort Atkinson where everyone would be welcome.

“Kind of a combination of ‘I should show my support doing a protest,’ while at the same time, doing a smaller town protest for kids like me,” said Kontny, a Fort Atkinson resident who attends Wisconsin Lutheran High School in Milwaukee.

So he spread the word that he would be at Barrie Park at noon on Saturday for a peaceful protest. Between 200 and 300 people joined him there.

Having grown up in Fort Atkinson, he said, the area is not super ethnically diverse.

“But that didn’t really bother me,” Kontny said, adding that he hardly noticed it.

But by late middle school, he started witnessing and experiencing issues regarding race.

“Almost any member of the black community can recall a time when they were discriminated against due to their race,” Kontny told Saturday’s crowd.

“It will take unity on all parts to fix this problem,” he added. “That means cooperation, not only on the part of the citizens, but the police as well. This is not just one group’s problem; it’s our problem, and we need to fix it.”

Kontny emphasized that the police are not the enemy, and he wants to help erase the negative attitude toward police on a local level.

“It’s not us versus the police,” Kontny said. “We want to show unity.

“I guess my big goal is less resentment toward police,” he said. “There’s kind of a growing toward a general hate toward police. On a local level, (we) can get rid of that stigma.”

He said that to halt deaths like that of George Floyd, there needs to be a national conversation, as well as a raising of the bar for becoming a officer who “protects and serves.”

For the event, Kontny did contact the police department to notify it of the peaceful protest.

Fort Atkinson Police Chief Adrian Bump briefly took the microphone Saturday to stress that officers were in the park Saturday to protect participants.

Those participants, many wearing facemasks and observing social distancing in the wake of the coronavirus pandemic, held up signs with slogans including “When black lives matter, then all lives will matter”; “White silence equals white consent”; “Skin color is not reasonable suspicion”; “This is not about one man! It is about structural racism in a country built on black slavery.”

“I understand that I will never understand. However, I stand.”

“If you’re tired of hearing about racism, imagine how tired people are of experiencing it,” another read.

And, simply, “We stand together!”

The noon speeches were followed by a march around the park and rally along Robert Street.