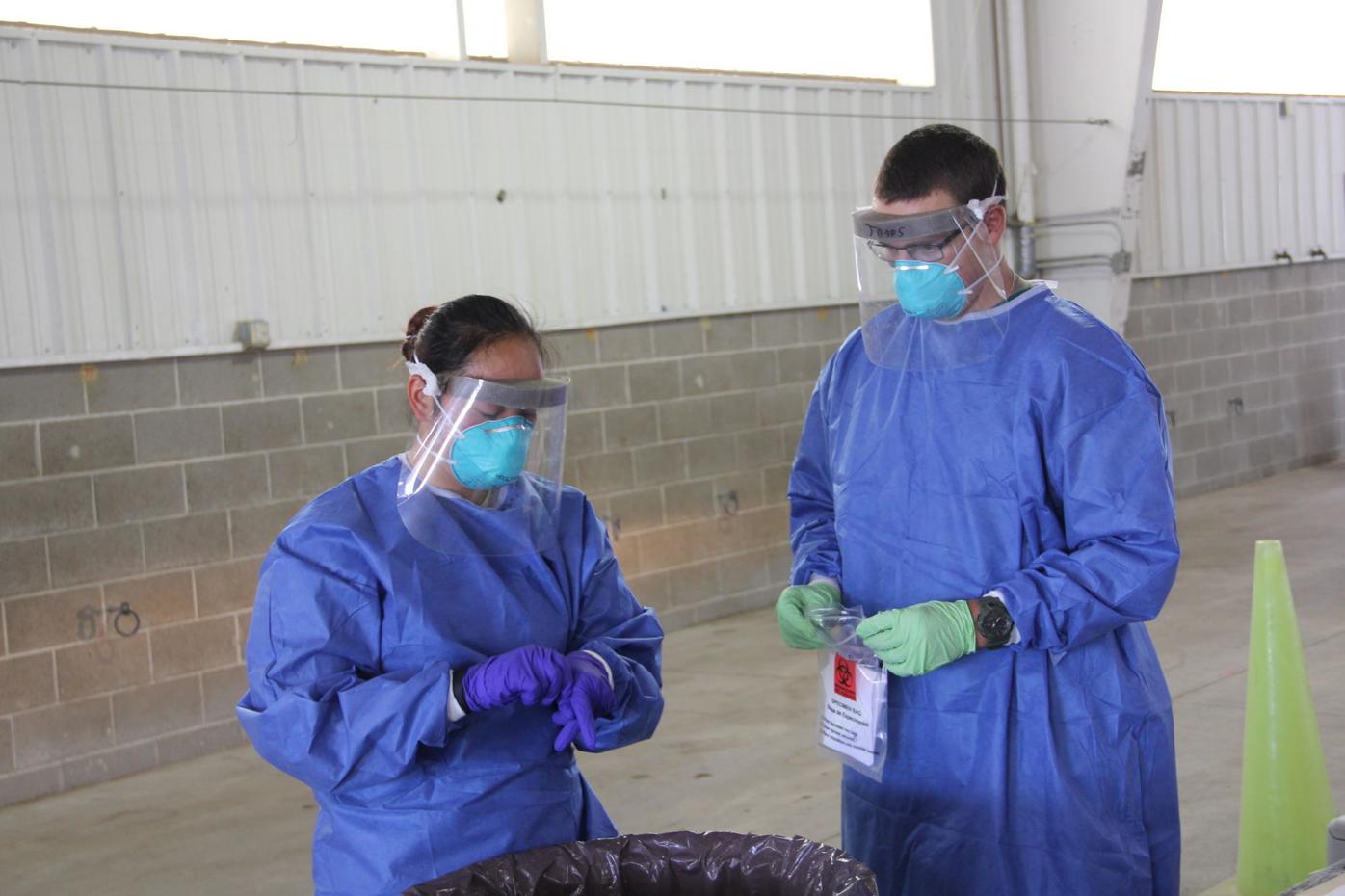 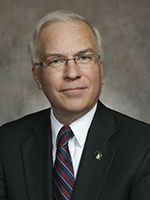 As many as 17,000 negative COVID-19 tests in Dane County were not entered into a data system because of a backlog, which could distort the daily percentage of positive cases for the state.

However, Jefferson County’s data is entered in a timely manner and has not been skewed, officials say.

Public Health Madison and Dane County said on its Facebook page Friday afternoon that the high percentage of positive rates were due to the backlog of entering negative test results. Each negative result has to be processed manually by a staff person.

“Our staff prioritizes processing positive results, and as the amount of testing has increased, we have had a backlog of negative tests to process. Positive tests are always immediately verified and processed, and delays in processing negative tests in our data system does not affect notification of test results. The only effect this backlog has had is on our percent positivity rate and daily test counts,” the county said on the site.

Dane County now is including negative test results that have not been entered into the system by a staff member, and the 17,000 have been included.

The announcement came on the same day that state Sen. Steve Nass, R-Whitewater, said that Dane County admitted to backlogs of 10 days or more for reporting negative test results, while positive tests were entered in one to three days. That, in turn, made the daily rate of those infected in the state higher than it should be, he said.

Nass did not say whether his office has found other counties that have a backlog. However, state Department of Health Services Secretary Andrea Palm told the Milwaukee Journal Sentinel Thursday in a briefing with reporters that “many local health departments are experiencing delays.”

She said people should look at the seven-day average of the percentage of positive cases to find the most accurate numbers.

Officials in Jefferson County say their data is up to date.

Chris Barron, executive director of population health and clinical services at Fort HealthCare, said there is no backlog of reporting both positive and negative results of coronavirus tests the hospital has administered in Jefferson County.

The health system has administered about half of the 11,000 tests in the county.

“We want to assure the community there is no excessive delay with the sharing of results of COVID-19 swab tests collected at Fort HealthCare with the Wisconsin Department of Health Services,” he said.

“The Jefferson County Health Department is dedicated to keeping the public informed about the COCID-19 pandemic including providing accurate data and current guidelines,” said Scott. “On Friday this last week, there were multiple articles related to the release of COVID-19 data by health departments that stated the data was inaccurate due to a backlog of health departments entering negative results. This is not the case for Jefferson County.”

Scott said that the Jefferson County Health Department has seen an average of 150 to 200 results reported a day, and that number continues to trend upward. Even with those numbers rising, the health department consistently has processed all results, negative and positive, in under 24 hours for the entirety of the pandemic.

An audit of the current tests to be processed shows all test results sent to the health department have been successfully processed within the 24 hour time frame, Scott noted.

“This allows Jefferson County Health Department to report up-to-date metrics and data to county leaders, schools and the public,” Scott explained. “The Health Department has assembled a COVID-19 response team, including an epidemiologist, to assure that data is accurate and people receive their results as soon as possible after the results are received from labs. The public can be reassured that the data the health department reports regarding testing and positive and negative results is accurate. The data is delayed by a day to assure all results have been counted and audited.”

She said that when a person gets tested for the coronavirus, his or her swab is sent to a lab for testing. The labs report the result, positive or negative/not detected, to local health department in the county where the person lives through a statewide secure data system called the Wisconsin Electronic Disease Surveillance System or WEDSS. Anyone accessing these results must be trained by local health departments and receive a password to access the system. All personal health information is confidential and not released further.

“Local health departments then go into a ‘staging area’ and pull cases into their ‘jurisdiction’ and assign the case to a staff member for follow-up,” Scott said. “When there is a large amount of testing, such as at a community testing site, there may be hundreds of cases in staging. Jefferson County Health Department has assigned staff to move cases from the staging area to their jurisdiction seven days a week.”

“This can be a lengthy process, especially now when people have so many contacts,” Scott said. “Those exposed are contacted and assessed for their risk of developing COVID-19 and advised if they need to quarantine. The person with the positive test is advised how long they need to remain in isolation. They are also assessed for needed medical care and provided with information.”

Individuals with a negative test result are contacted in various ways, depending on where they were tested, she added.

Data regarding positive and negative cases are pulled from the secure data system and reported by local health departments and the state Department of Health Services. The Jefferson County Health Department reports this data on a daily basis to the public in the form of charts and graphs and also on a daily website dashboard. The public can be assured that this data is up to date and accurate, Scott said.

“We strive to provide the most up-to-date information,” she said. “We know we need to be a trusted resource for people seeking ways to keep themselves safe during these uncertain times. We ask that people do everything they can to avoid getting the virus, including washing their hands, watching their distance and remaining 6 feet apart from non-household members and wearing a face covering. This disease can range from people having no symptoms to people dying or having lifelong effects from the virus. Since COVID-19 is so new, we still don’t know all the long-term effects it can have.”

Scott urged people to seek out resources, whether it is for physical, mental health or financial needs.

“We are all experiencing stress and just know there is help out there,” she said, adding that anyone with questions can email the Jefferson County COVID-19 response team at covid19@jeffersoncountywi.gov.

Meanwhile, Mike Mikalsen, a spokesman for Nass, said Friday that the senator’s office has been tracking COVID numbers in area counties for months.

“When we started analyzing and looking at various numbers, things didn’t add up,” he said.

He said the numbers are a major impact in the fight against the virus. As they started looking at the backlog, they did think there was an impact on the daily percentage.

“They are not necessarily doing anything intentional. They focus on the positive,” he said of Dane County.

Mikalsen said Dane County officials admitted to the backlog on a blog and later on their Facebook page.

He added that the goal with this is to help look into any backlogs counties are having reporting the results that are posted daily on the DHS website.

The problem, Mikalsen said, is the data of the daily percentage of positive cases by the DHS is used by counties and states to make decisions. When New York put restrictions on people traveling there from Wisconsin, that was based on the percentage of positive daily rates. Travel restrictions were put in place for states when positive cases were higher than 10 percent during a 14-day period.

Mikalsen said Illinois has a similar restriction that is a 15-percent daily total of positive test results, something Wisconsin has not hit yet.

If people travel to a state with restrictions, they are told to quarantine for 14 days.

Nass has been pursuing the Wisconsin Department of Health Services to publicly acknowledge there is a backlog in local health departments entering negative test result numbers.

As of Sunday in Jefferson County, 511 people have tested positive for COVID-19, and there hade been 11,219 negative tests.

Since the start of the pandemic, the state has increased testing significantly, with sites run by the Wisconsin National Guard in places like Madison and Milwaukee, as well as other sites for a week, like the one at Jefferson County Fair Park that ran through this Saturday.

Dane County was the first county to admit to having a backlog of negative test results being entered, Mikalsen said.

“What Sen. Nass is pointing out is that will make us look higher (percentage-wise). That number would clearly be lower if all the negatives were entered.”

Percentages have varied this week in the state, with the DHS reporting a high of 10.3 percent on Sunday and 4.8 percent on Wednesday. Nearly double the number of negative tests were reported on Wednesday than Sunday.

“The public and media have been given an incomplete picture of Covid-19 testing results for several weeks,” Nass said. “DHS and local public health officials have been telling us that the increases in Covid-19 positives are not simply because of more testing. We now know those statements were inaccurate and misleading due to the significant backlog in processing negative results.”