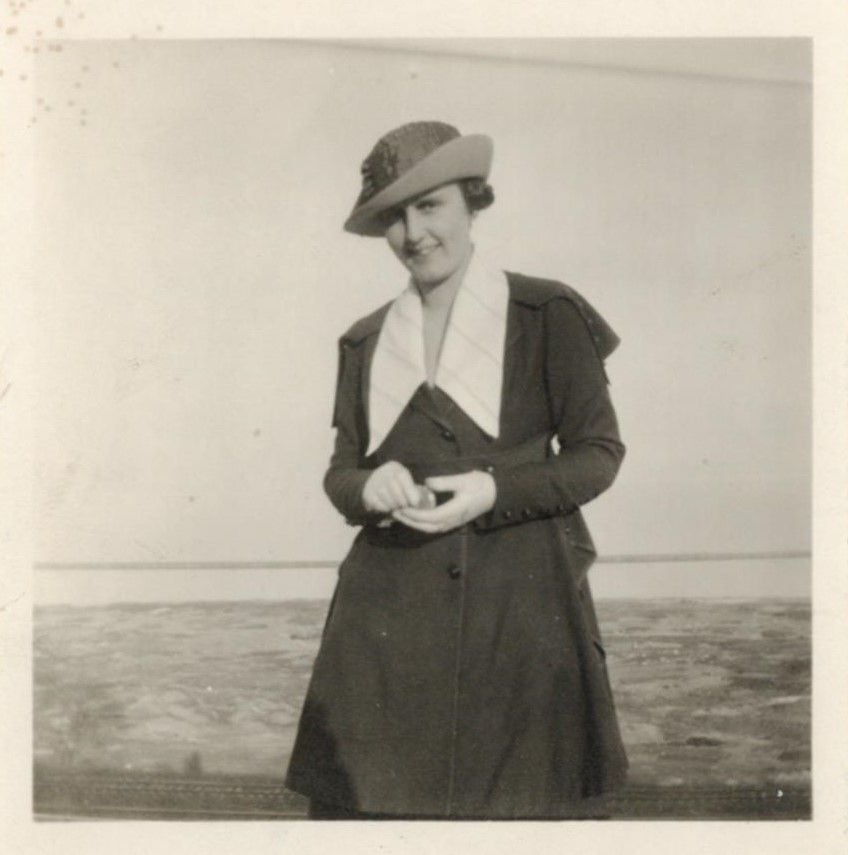 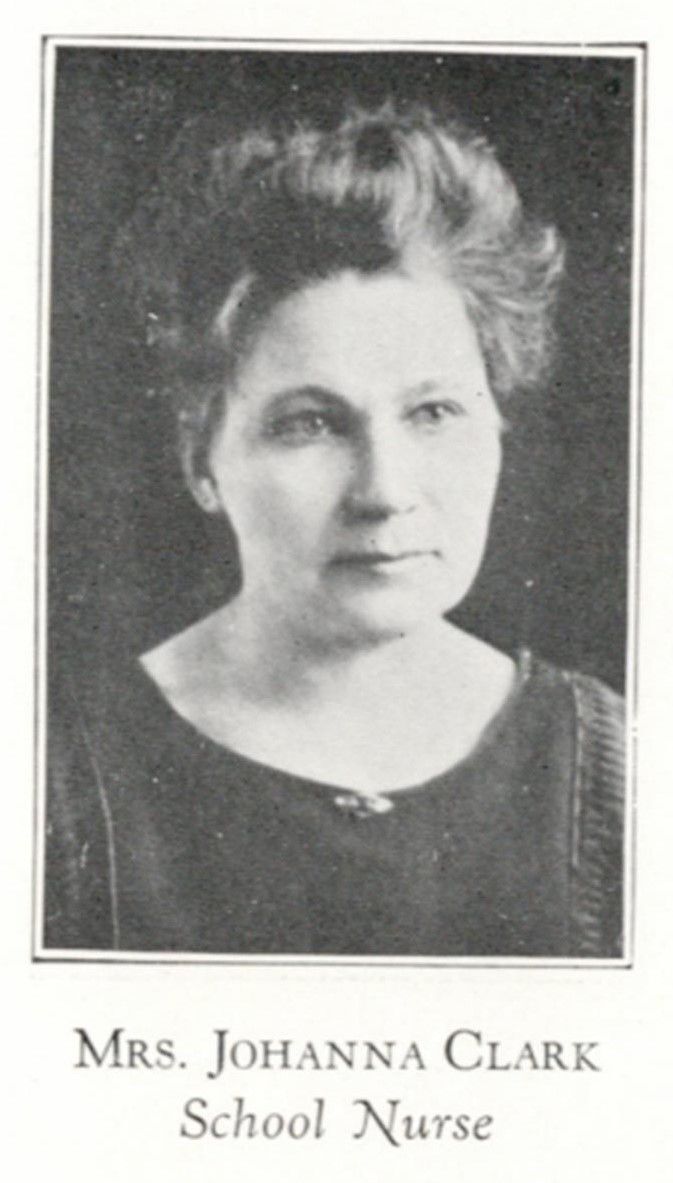 Johanna Clark photograph taken from the staff page of the 1931 Tchogeerrah.

Johanna Clark photograph taken from the staff page of the 1931 Tchogeerrah.

One century ago, American women were given full access to the ballot box for the first time in history, and the Jefferson County Union reported the name of the first female voter in each of Fort Atkinson’s 10 wards during the Sept. 7, 1920, presidential primary.

A search through records at the Hoard Historical Museum in Fort Atkinson provides a glimpse of these women who voted in an election that came close on the heels of the passage of the 19th Amendment. The amendment, which went into effect on Aug. 26, 1920, states, “The right of citizens of the United States to vote shall not be denied or abridged by the United States or by any State on account of sex.”

Before the 19th Amendment, Wisconsin women were allowed to vote on school board issues on their own separate ballot while men were given a ballot that allowed them to vote for all political offices. In the United States, women’s suffrage groups had been working for the right to vote for at least 80 years before they earned their constitutional right to vote. Women petitioned, organized and lectured for decades to change society’s opinion to favor allowing women full access to the ballot box. When you cast your ballot this year, think of the generations of women who were forced to wait for their right to vote.

Looking back, what do we know about these women who were recorded as the first women voters in their wards? What do these women tell us about female voters and about the women of Fort Atkinson?

Before women’s suffrage was passed, people throughout the country opined that suffragists were revolutionaries or radicals. In reality, they were everyday citizens who took advantage of their patriotic duty to select their state and federal representatives.

It is difficult to learn about women in the past. Most often, they lived normal lives with little to report in government documents or the newspaper. It is more difficult to research women than men because their names often change, many of them did not work outside of the home, and they did not do things that were “important” enough to be reported in newspaper and governmental sources, such as starting a business, running for office or participating in local politics.

Other documents leave out their stories, too. In the Hoard Historical Museum archive, there are many documents and pictures of women labeled with “Mrs. (husband’s last name),” which makes it difficult to figure out which man she was married to, much less her own name. Not all people in the past were given obituaries in the paper. If they did have one, it might not tell anything about the woman other than listing her husband, children and religious affiliations. The lack of sources makes researching women very difficult.

This is why it is so exciting to know about the 10 women who voted in the Sept, 7, 1920, primary election in Fort Atkinson. Their names are recorded and we know they were interested in politics, but before researching this article we did not know that about them.

Miss Etha Hubbard was 57 years old when she went to vote as a resident of Fort Atkinson’s Ward 1 voting district. She lived at 227 Milwaukee Ave. East. Born on Jan. 5, 1863, she attended Whitewater Normal School and was a schoolteacher. She never married and taught in rural and Fort Atkinson elementary schools.

Mrs. Abby Snell of Ward 2 lived at 520 Whitewater Ave. She was a 41-year-old housewife whose husband, Walter, was a hog buyer for Jones Dairy Farm. From federal census forms, we know that Abby attended college and the Snells had a daughter named Agnes.

Miss Elizabeth Caswell was 20 years old when she was the first woman to vote in Ward 3. Her father was Dr. Harlow Caswell, and he practiced medicine in their home at 203 S. Third St. East. Elizabeth’s grandfather, Lucien B. Caswell, was an important person in Fort Atkinson. He first served in the Wisconsin Assembly and then went on to represent Wisconsin in Congress for seven terms.

Elizabeth was a 1917 graduate of Fort Atkinson High School and graduated from Milwaukee’s Downer College (now part of University of Wisconsin-Milwaukee) in 1921. She married Edward Lorenzen in 1922, and after he passed away in 1948, Elizabeth went on to be a housemother at Kenosha’s Episcopal school, Kemper Hall, living to the age of 73.

Mrs. Pearl Bennett of Ward 4 voted on a full ballot when she was 41 years old. Pearl was married to Dr. Louis Bennett and lived at 600 N. Main St., where the Walgreens parking lot is today. Pearl and Louis had two children, Harold and Isabelle. From the Jefferson County Union, it is known that the couple liked to go on drives around the area in their automobile. The Bennetts did not stay in Fort Atkinson for the long term; they moved to other Wisconsin cities and the couple was buried in Illinois.

Mrs. Anna Hrobsky was 49 years old when she was the first female voter from Ward 5. The paper noted that Anna was one of the first voters. Anna Mary Hampel was born on April 5, 1871, and married John Hrobsky in 1890. The couple lived at 600 N. Main St. and John worked was a laborer in the dairy industry.

Anna died just days shy of her 82nd birthday. Her obituary reported that she was an active member of her community; she was a member of St. Anne’s Society (a Catholic organization that helped families) with the Catholic Church and part of the Service Star Legion, an organization of veterans’ mothers.

Mrs. Minnie Rickerman lived at 431 W. Sherman Ave. when she was the first woman to vote in Ward 6. Minnie was married to Louis, who worked in a dairy manufacturing company while she worked in a dry goods store. Minnie was 56 years old when she voted and died four years later at the age of 60.

Mrs. Emma Hausz was a 36-year-old farmwife when she was the first woman to vote in Ward 7. Her husband, John, was a dairy farmer in Sumner. The 1920 census reports that she was a homemaker and that she completed eighth grade. She was a lifelong member of St. Paul’s Evangelical Lutheran Church, where she was baptized, confirmed and married. Emma and John had two daughters, Lucille and Anita. Emma died weeks shy of her 71st birthday and she and John are buried in Union Cemetery in the Town of Oakland.

Mrs. Johanna Clark was 40 years old and lived at 500 Adams St. when she was the first woman to vote in Ward 8. The paper noted that she was one of the first voters overall. Johanna and husband Dave had four children. After Dave passed away, Johanna worked outside of the home as a nurse and was an active community member. She was a public health nurse who traveled the rural roads to check on the health of youngsters. She worked as the Fort Atkinson High School nurse for more than 30 years.When Johanna retired, Fort Atkinson High School’s Tchogeerrah yearbook was dedicated in her name.

She also was active in helping her community by organizing clothing drives for those in need. Johanna was given an award for her community service from the Fort Atkinson Lions Club in 1952. She lived to age 91.

The newspaper also reported that the oldest women to vote were Mrs. Melanda Walton, 86, and Mrs. Anna Smith, 81. Melanda was a widow with three adult children who lived on Jones Avenue. Anna lived at 405 N. Main St. with her son and his family. These women waited a long time for their right to determine who represented them in government.

For the November 1920, presidential election, the Jefferson County Union did not give much coverage to the female voters. They reported that “634 feminine voters” or 35 percent of the 1,816 votes, were cast by women.

On this Election Day, think of the generations of American women who were not able to exercise their constitutional right to vote. Take the opportunity to choose who best represents you in government and to remember the struggles of all those before you to gain those rights.

Receive a daily list of obituaries in your inbox