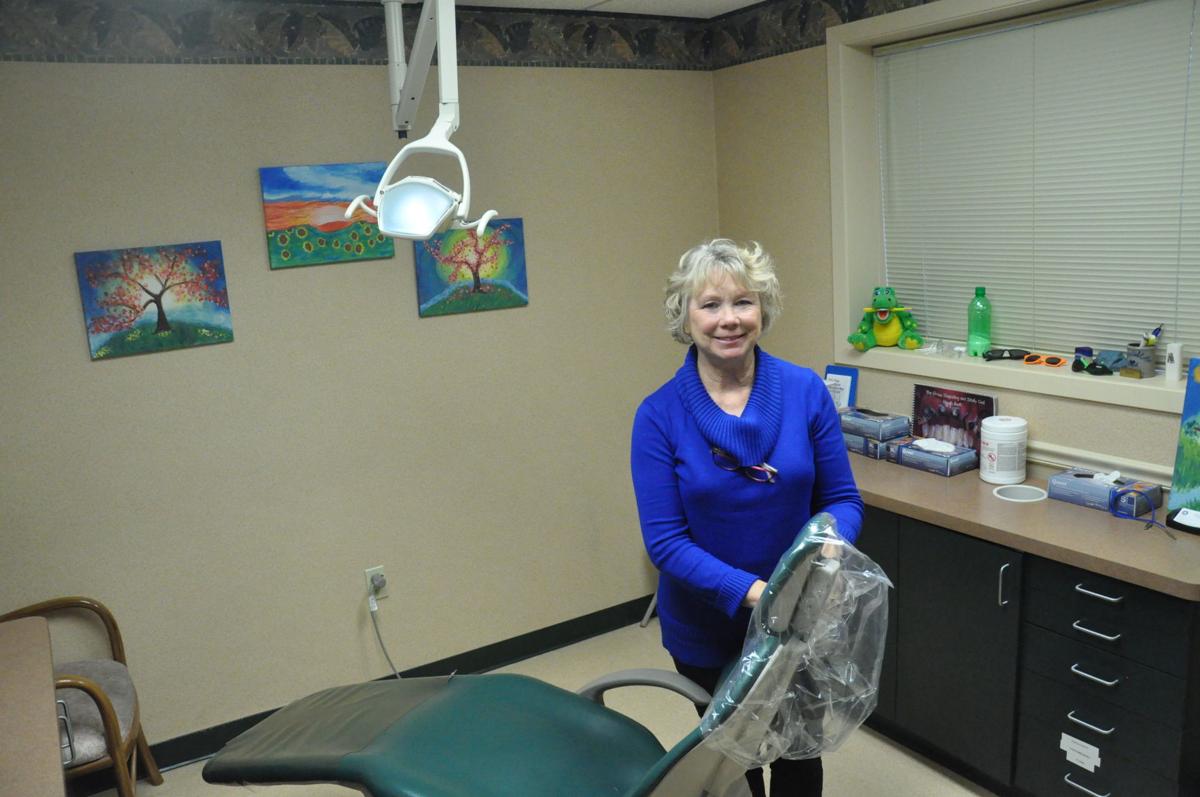 Barb Morrison-Gudgeon is retiring from the Community Dental Clinic after 14 years at the helm. 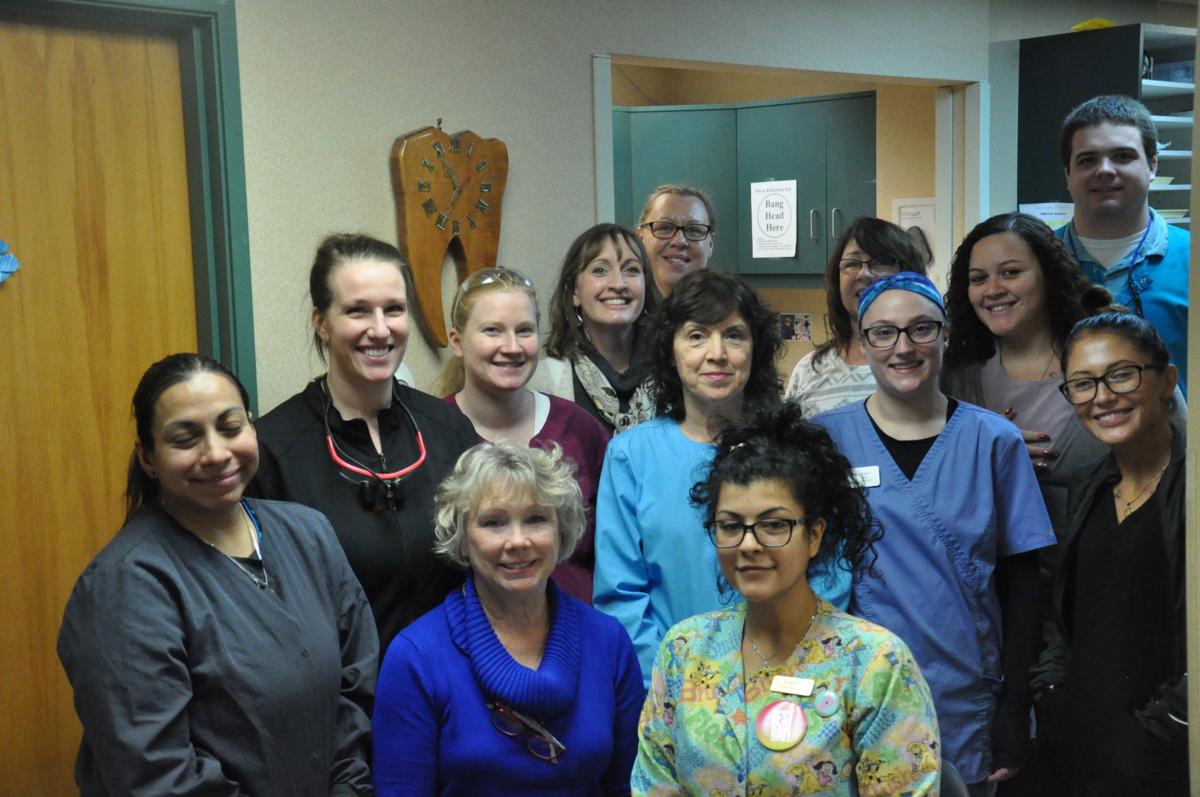 Barb Morrison Gudgeon, in the front second from left, poses with the staff of the Jefferson County Community Dental Clinic. Morrison Gudgeon is retiring after servingh as director of the clinic since its inception 14 years ago.

Barb Morrison-Gudgeon is retiring from the Community Dental Clinic after 14 years at the helm.

Barb Morrison Gudgeon, in the front second from left, poses with the staff of the Jefferson County Community Dental Clinic. Morrison Gudgeon is retiring after servingh as director of the clinic since its inception 14 years ago.

For 14 years, Barb Morrison Gudgeon has been at the helm of the Jefferson County Community Dental Clinic, watching it grow from a seed of an idea to the important community resource it is today.

But, she would never say that. She’s quick to deflect any and all praise about her role in helping the underserved and unserved people of Jefferson County gain access to regular dental care.

Before ever patting herself on the back, she’ll thank her board of directors, dentists, support staff, donors and anyone else who helped her and the Fort Atkinson-based clinic along the way.

Morrison Gudgeon is retiring after having been involved with the clinic since a group was getting together to look at the need of accessible dental care in the area.

“Of course, I’m always the first one to raise my hand and say, ‘Oh, I’ll volunteer to do that,’” Morrison Gudgeon recalled. “So I had volunteered.”

She was hired in November 2006 and by the following May, the clinic was up and running. Back then, it was only open two days a week and the receptionist was “on loan” from the United Way of Jefferson and North Walworth Counties.

The director noted that, in those early days, the clinic’s board of directors was willing to let the staff and volunteers experiment with different ways to run the practice.

“If we build it, they will come,” Morrison Gudgeon said. “We’d be, like, ‘let’s try this. Let’s try that. Let’s try this.’ That was the nice part, that the board was willing to have had trust in us.”

But even while remembering the exciting time working to get the clinic off the ground, she deflects her instrumental role.

“The Health Department, the county, there’s been a lot of people that have really backed us,” she said.

To get the truth about how important Morrison Gudgeon is to the functioning of the clinic, one need only ask the staff — who describe her as the brains and heart of the operation.

Cori Olin said Morrison Gudgeon is so instrumental that it’s taking two people to replace her.

Olin will assume the administrative oversight of the clinic, while Gabby Rizzo, current lead dental assistant, will be take over Morrison Gudgeon’s duties overseeing the dental care.

“Barb takes the time with patients,” Olin said. “So many of the clients that come through here, they seek Barb out to even just to give her a hug, say ‘hello.’ She knows everything. She’s got a lot of dental knowledge that will be hard to replace and that will be truly missed. And having her here every day, it’s kind of nice, too. She’s calming to a crazy atmosphere.”

Through the years, the clinic has served more than 12,000 patients, Morrison Gudgeon said. What she’ll remember the most, she said, is those “aha moments” when she calms a patient’s anxiety and fear.

“I’ve never wanted patients to feel like they were not important and that their story isn’t important to what they bring,” Morrison Gudgeon said. “There’s always the moment that you really break through that shell for the patients and they’re excited.”

But it will be difficult for Morrison Gudgeon to hang up the drill. She said she plans to do some traveling, but it’s clear she still loves the work and helping her patients. Even as she was attempting to round up the clinic staff to take a photo, she spent several minutes helping with a pregnant patient — even giving her advice about her anticipated labor in a few days.

“With the vast knowledge that I have gleaned over the 43 years, I’ll probably do some consulting with dental clinics just to help out,” Morrison Gudgeon said.

A retirement party for Morrison Gudgeon is scheduled for Wednesday, Dec. 18, from 5:30 to 8:30 p.m. at Paddy Coughlin’s Irish Pub in Fort Atkinson. Cards also may be sent to the clinic at 520 Handeyside Lane, Fort Atkinson.

JEFFERSON — The way in which medically under-served populations are cared for in Jefferson and Dodge counties might be about to change, as thr…