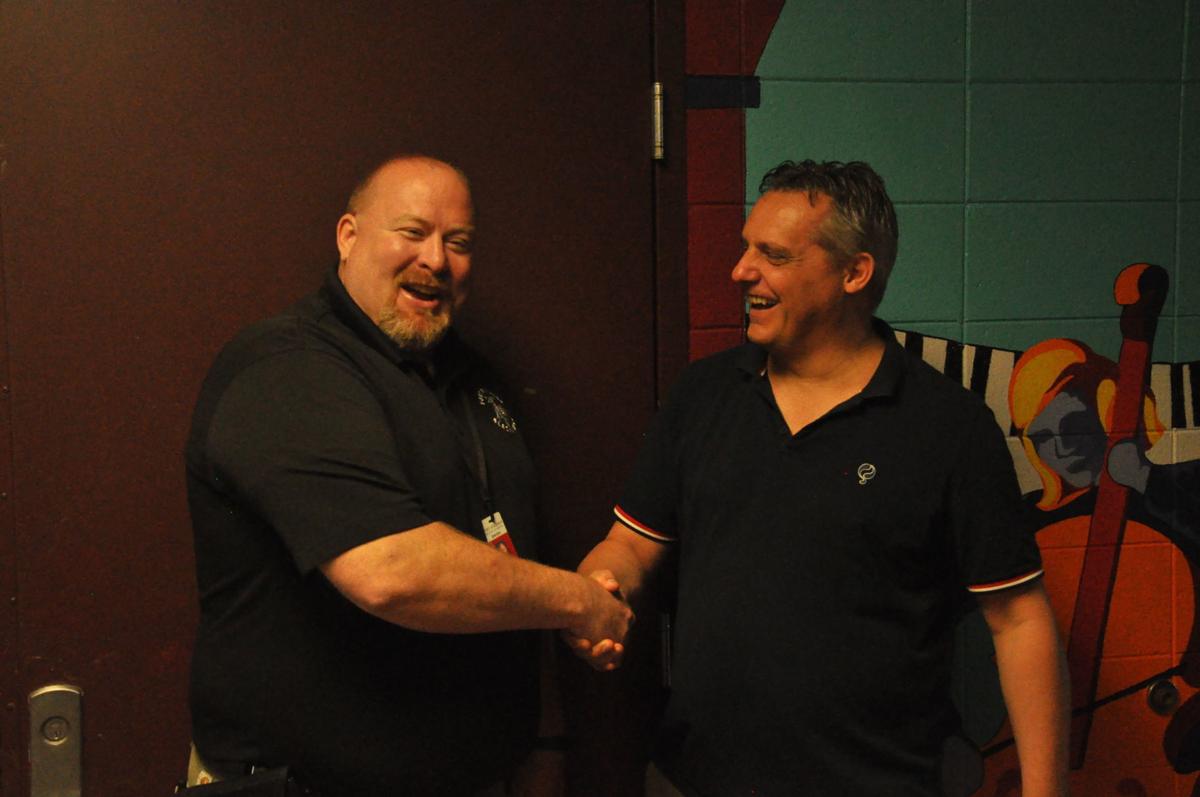 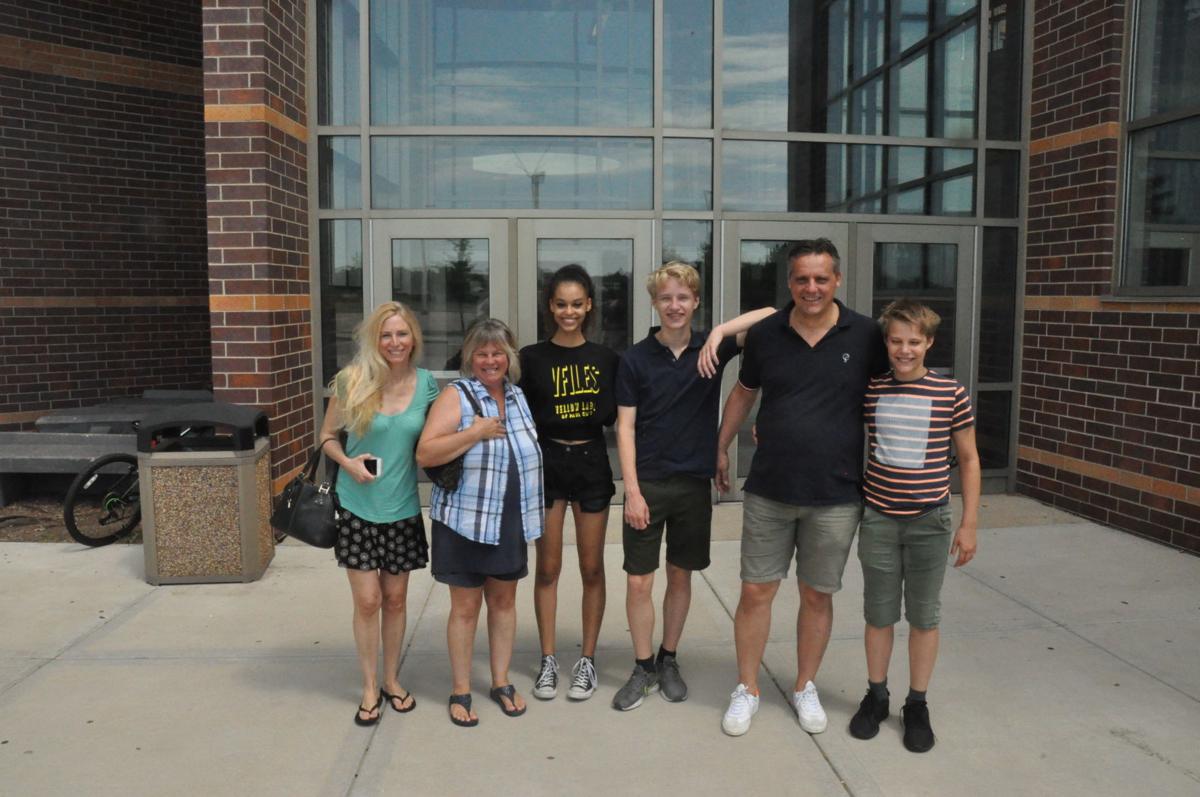 Peter de Bruijn of The Netherlands, who was an AFS foreign-exchange student in Fort Atkinson in 1987-88; his sons, Jaap and Guus; and his former host family, Jessie Cruz, Anne Glover and Gabriella Cruz, visit Fort Atkinson High School. 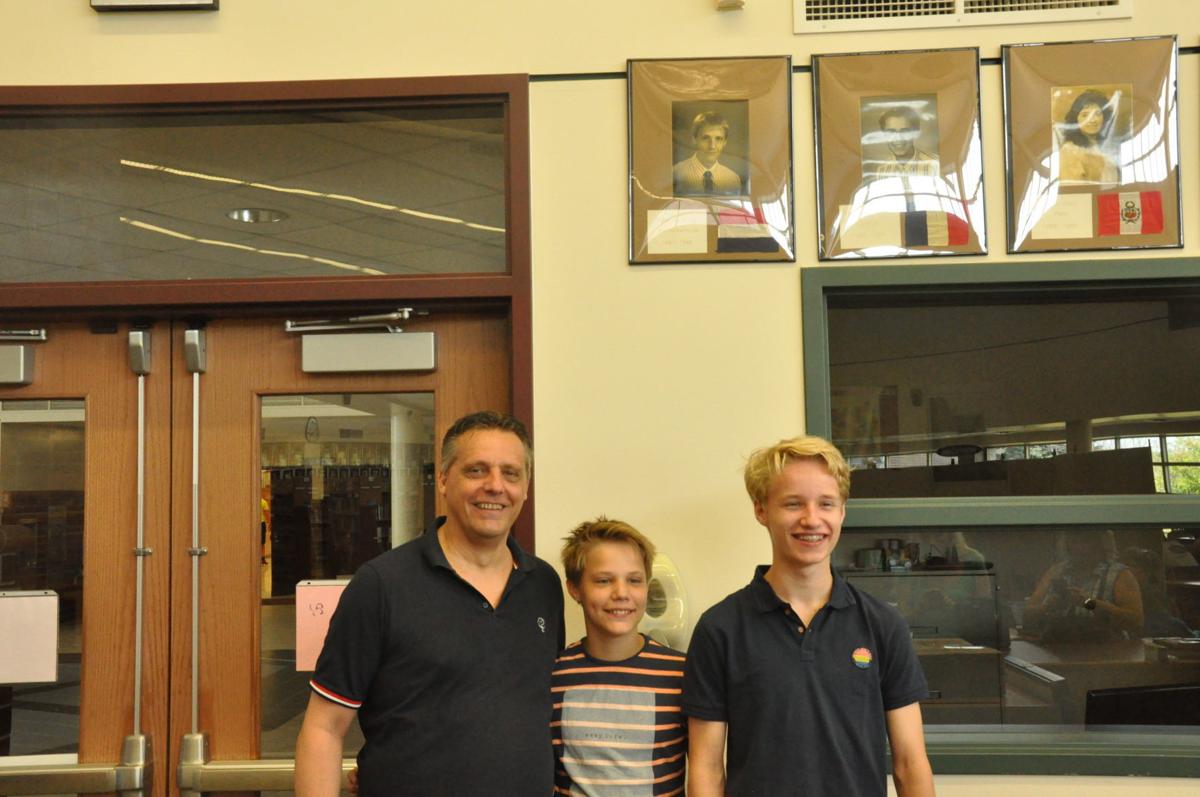 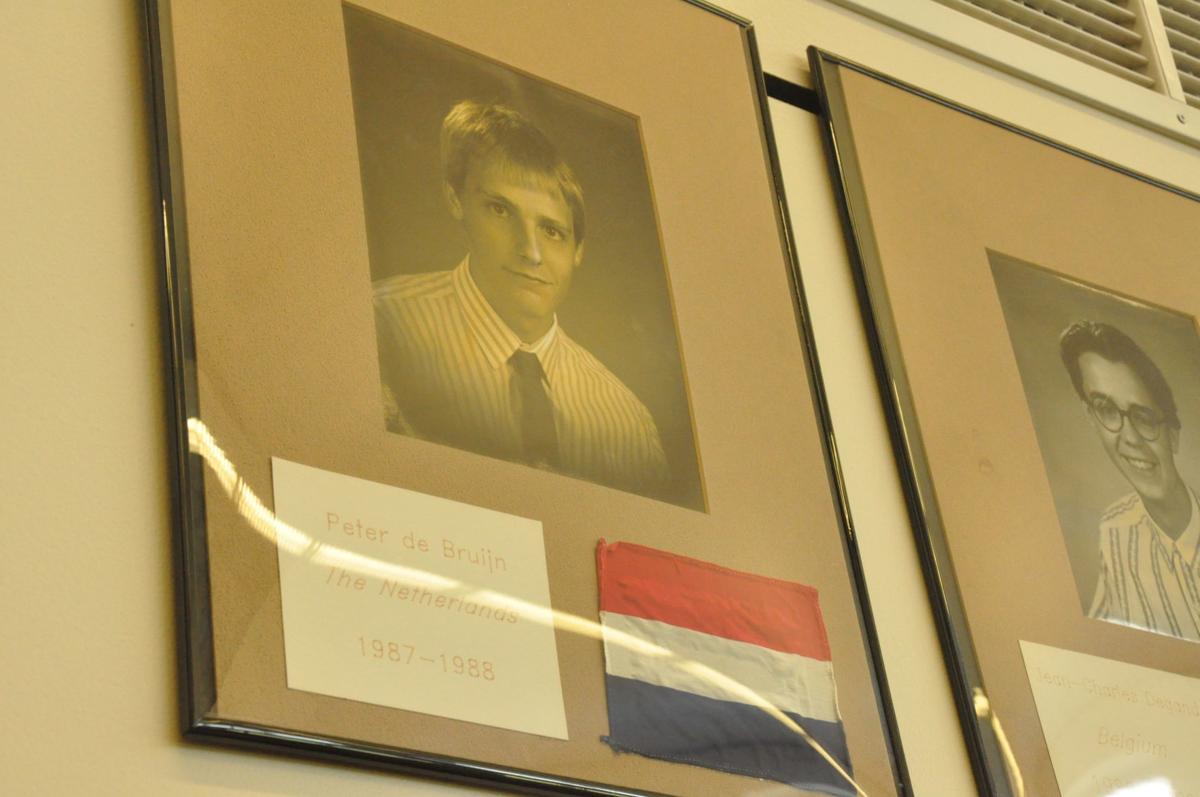 Peter de Bruijn of The Netherlands, who was an AFS foreign-exchange student in Fort Atkinson in 1987-88; his sons, Jaap and Guus; and his former host family, Jessie Cruz, Anne Glover and Gabriella Cruz, visit Fort Atkinson High School.

More than three decades after attending Fort Atkinson High School as a foreign-exchange student, Peter de Bruijn returned to Wisconsin to show his children what his teenage experience was like.

When de Bruijn attended Fort Atkinson High School in 1987, the current high school building didn’t exist yet, there were students with mullets roaming the halls and the number one song of the year was “Walk Like an Egyptian.”

De Bruijn visited from The Netherlands through AFS, a foreign-exchange program that brings students from more than 80 countries to study in American high schools.

While this isn’t the first time he has been back in Fort Atkinson — he returned in 2008 for his 20-year class reunion — this time brought his children so they could see where he spent his senior year of high school.

For his sons, 15-year-old Guus and 12-year-old Jaap, it’s their first time in the United States.

Their three-week tour of the country started in Minnesota before they made their way to Fort Atkinson. Then the the de Bruijn family was to drive to Chicago and then on to Washington D.C.

The Dutch family will be getting a taste of the classic American roadtrip.

It might “only” be a 12-hour trip from Chicago to D.C., but that’s four times longer than it would take to drive across The Netherlands.

De Bruijn said his sons have been struck by how big everything is in the United States, from the food sizes to the distances.

Grover and Jessie Cruz were part of de Bruijn’s host family when he was in Fort Atkinson in 1987. Cruz’s daughter, Gabriella, is a recent graduate of Fort Atkinson High School who now attends the University of Wisconsin-Madison and served as the tour guide for the group.

When de Bruijn, Grover and Cruz attended Fort Atkinson High School in the 1980s, it was located in what is now the middle school. But that didn’t stop de Bruijn from noting the differences between modern American and Dutch schools.

Both of his sons are in high school and he is an elementary school principal, so the trio spent the tour comparing everything to their schools.

While Fort Atkinson High School is similar in size to Guus and Jaap’s school, Peter is in charge of two elementary schools with a total of 250 students, the size of an entire class in Fort Atkinson. Purdy Elementary School alone has more than 300 pupils.

“We don’t have the big schools like they do here,” de Bruijn said.

As the group walked through the high school, the de Bruijns pointed out everything that was different from a Dutch school, from the size of the gym and library to the types of classes offered.

While the group was in the library, they found Peter’s class picture hanging on the wall, looking almost exactly how Guus and Jaap do today.

Guus, Jaap and Gabriella walked ahead of the adults for most of the tour ... a second generation of these families walking the halls of Fort Atkinson’s public schools together.

As they walked, Gabriella asked them about what it’s like in The Netherlands and if they know any American music.

“There’s not much Dutch pop music,” Jaap told her.

When they arrived at the gym, there was a group of kids playing basketball. After Guus remarked it was much bigger than his school gym, he and his dad — who played soccer for Fort Atkinson — started juggling a basketball as if it were a soccer ball.

After touring Fort Atkinson, the de Bruijn family were going to hop in their rental car with Massachusetts plates and join the thousands of other families driving cross-country this summer.