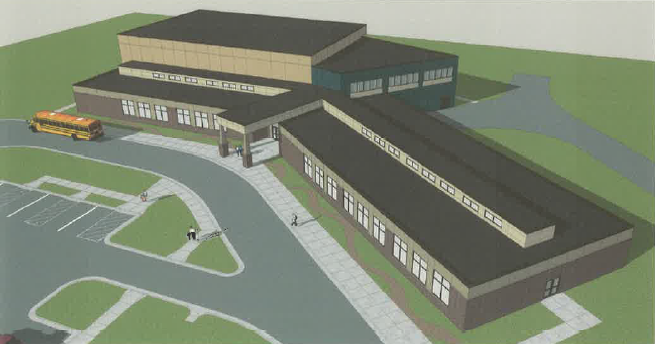 A rendering of the proposed school building for Crown of Life Christian Academy. 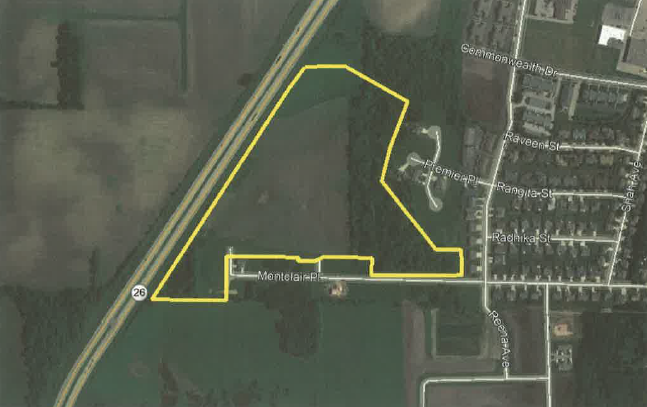 The footprint of the parcel of land for Crown of Life’s proposed new school. The area had to be rezoned to allow for the new building.

A rendering of the proposed school building for Crown of Life Christian Academy.

The footprint of the parcel of land for Crown of Life’s proposed new school. The area had to be rezoned to allow for the new building.

The Fort Atkinson Plan commission on Tuesday approved a rezoning and a site plan for Crown of Life Christian Academy to build a new school north of Montclair Place and west of Premier Place.

The rezoning only now must go to the city council for final approval.

Construction includes a new 30,000-square-foot building with six classrooms, a commons area, offices, a gym and other support rooms for the school.

Crown of Life is a private school for grades 1-8 that currently runs out of Bethany Evangelical Lutheran Church.

The proposed site, on the northwest side of Fort Atkinson, is 36.32 acres. The construction will preserve a number of natural wetland areas nearby that have been zoned for conservancy.

There will be 2.88 acres of impervious surface — which includes a parking lot with 126 spaces.

The plan commission had to vote to rezone the land the proposed site sits on because it was previously zoned for single- and multi-family housing, as well as a number of conservancy zones.

The new zoning plan will save a lot of the conservancy, but remove the residential zoning that city engineer Andy Selle said had been put in place about 20 years ago when the city anticipated more development toward that side of town.

There was some discussion about the impact of the new building on traffic, but because the area originally was zoned residential, the traffic impact would be less than the city originally expected for the area.

Other than the rush of traffic in the morning and afternoon during student dropoff and pickup from school, the new construction will have minimal effect on traffic.

“I’ve got no significant concerns about traffic,” Selle said.

The plan commission approved both the rezoning and the site plan with three conditions.

The first condition is that the city and Crown of Life come to a recorded agreement about areas near the school that might be affected by a future Montclair overpass over State Highway 26.

The second condition already has been partially adhered to, which is a rezoning of the parcel to allow the construction of the school.

Finally, Crown of Life must submit an erosion- and sediment-control plan to the Wisconsin Department of Natural Resources and the city before ground gets broken.

The next Fort Atkinson City Council meeting is scheduled for Tuesday, Oct. 1, at 7 p.m.