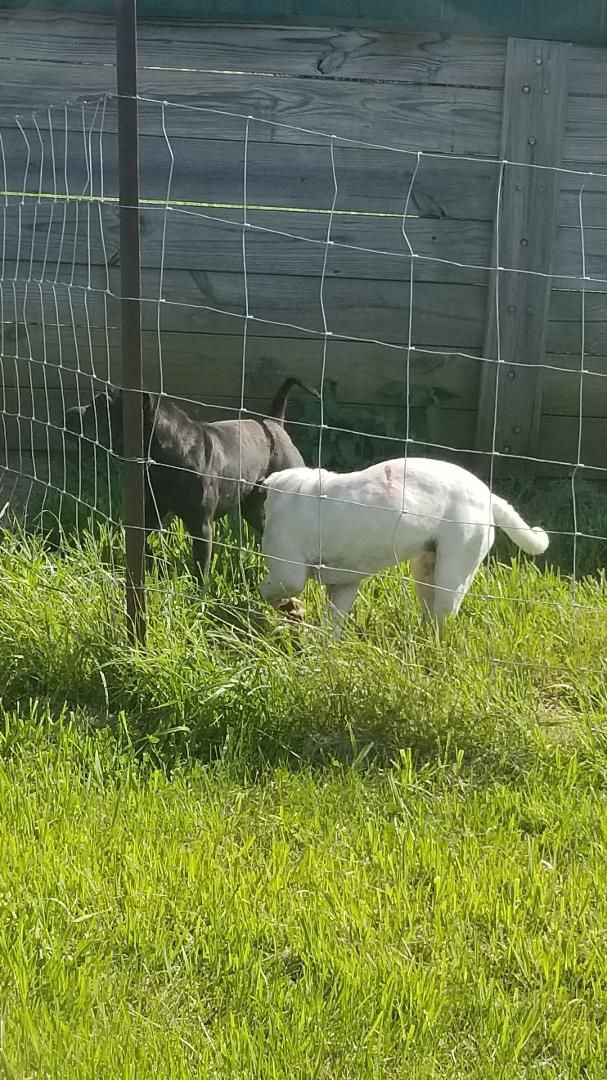 Stella and Gizmo, the Schlender’s eight-month-old dogs that were shot and killed in the incident. 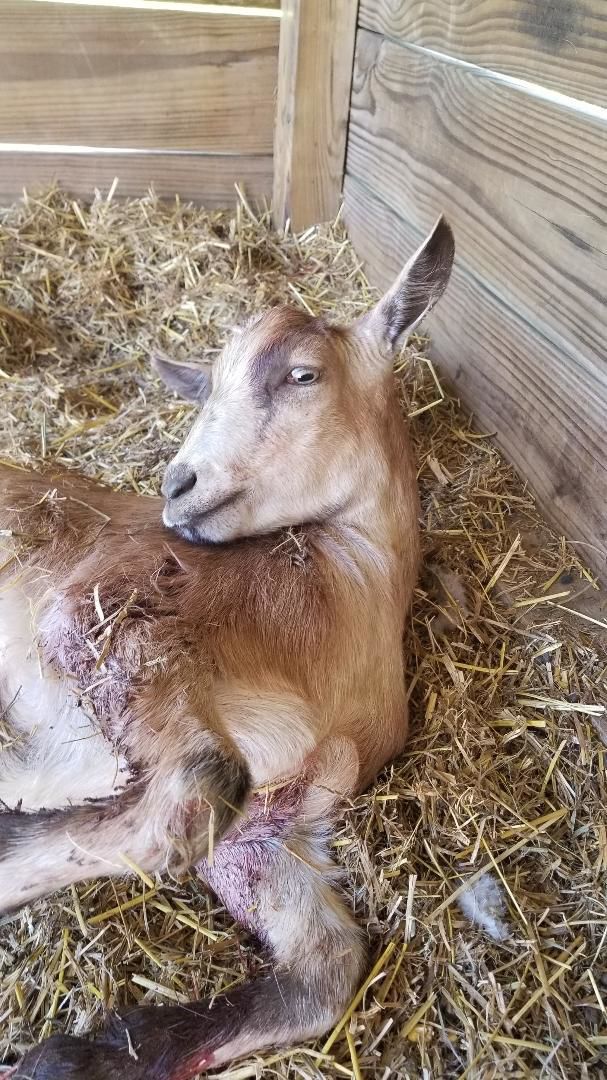 Heidi Hanus’ goats, Buzz and Woody, were hurt during the incident involving a neighbor’s dogs.

Stella and Gizmo, the Schlender’s eight-month-old dogs that were shot and killed in the incident.

Heidi Hanus’ goats, Buzz and Woody, were hurt during the incident involving a neighbor’s dogs.

WATERTOWN — When Heidi Hanus arrived home from work Thursday, she let her puppy out to go the bathroom. While she was outside, she heard her two goats, Buzz and Woody, making a lot of noise from their pen.

When she went to check out the commotion, she saw two dogs harassing the goats. Hanus said that when the goats would flail, the dogs would bite them.

By the time the incident was over, the two dogs were dead, one of the goats was so injured it likely will be put down and the other goat could hardly walk.

Hanus still is unsure how the dogs got into the pen in the first place. There are no signs the fence is broken or was dug underneath.

Jefferson County Sheriff’s Office Chief Deputy Jeff Parker said the department received a complaint Thursday night that involved a woman who came home to her house on Willow Road southwest of Watertown to find two dogs occupying the pen in which their goats live.

Hanus tried making noise to get the animals to remove themselves from the pen.

“She continued to yell and tried verbally to get them to leave,” Parker said.

Hanus said she didn’t recognize the dogs and they weren’t wearing tags.

When the dogs would not leave, she contacted both her husband and son. While she waited for her family to show up, Hanus hid in her car because she said she didn’t know what the dogs were going to do.

“That family member arrived on scene. Because the dogs continued to attack the goats, the family member used a firearm ... And both dogs were shot,” Parker said.

After the dogs were shot, the sheriff’s office was contacted.

Hanus apologized for the incident. She also said she was terrified and wasn’t thinking straight because her animals were in danger.

“If we could rewrite time I would,” Hanus said through tears. “I empathize and I’m so sorry. (The dogs) were in the pen; I didn’t want to get out of the car. I was worried about the goats and not thinking clearly.”

The dog owners, Justin and Todd Schlender, also of Willow Road, said they think the entire situation was handled incorrectly.

While he was looking for Stella and Gizmo, he heard a gunshot, but didn’t think much of it because it’s not out of the ordinary in their rural neighborhood.

Eventually, the Schendlers went across the road, where they were told their dogs had been killed.

She suggested that the Hanus family could have clapped their hands, yelled or shot above the dogs to get them away from the goats.

But the incident didn’t end with the dispute between neighbors. A Facebook post by Justin Schlender since has gone viral, gaining more than 700 comments and almost 400 shares in less than one day.

Comments on the Facebook post include sympathy for both families, but also comments insulting both families and death threats against Hanus’ son.

Hanus said the threats and insults haven’t been contained to just Facebook. An obituary for her grandmother, who died Sunday, has been flooded with “terrible things,” Hanus said.

The family also woke up to garbage strewn about their yard and driveway, according to Hanus.

Wisconsin law on killing a dog is outlined in Statute 174.001, referencing immediate action, and other restraining actions tried and failed.

Hanus said authorities offered to issue a citation to the dog owners for the attack on her livestock, but she declined.