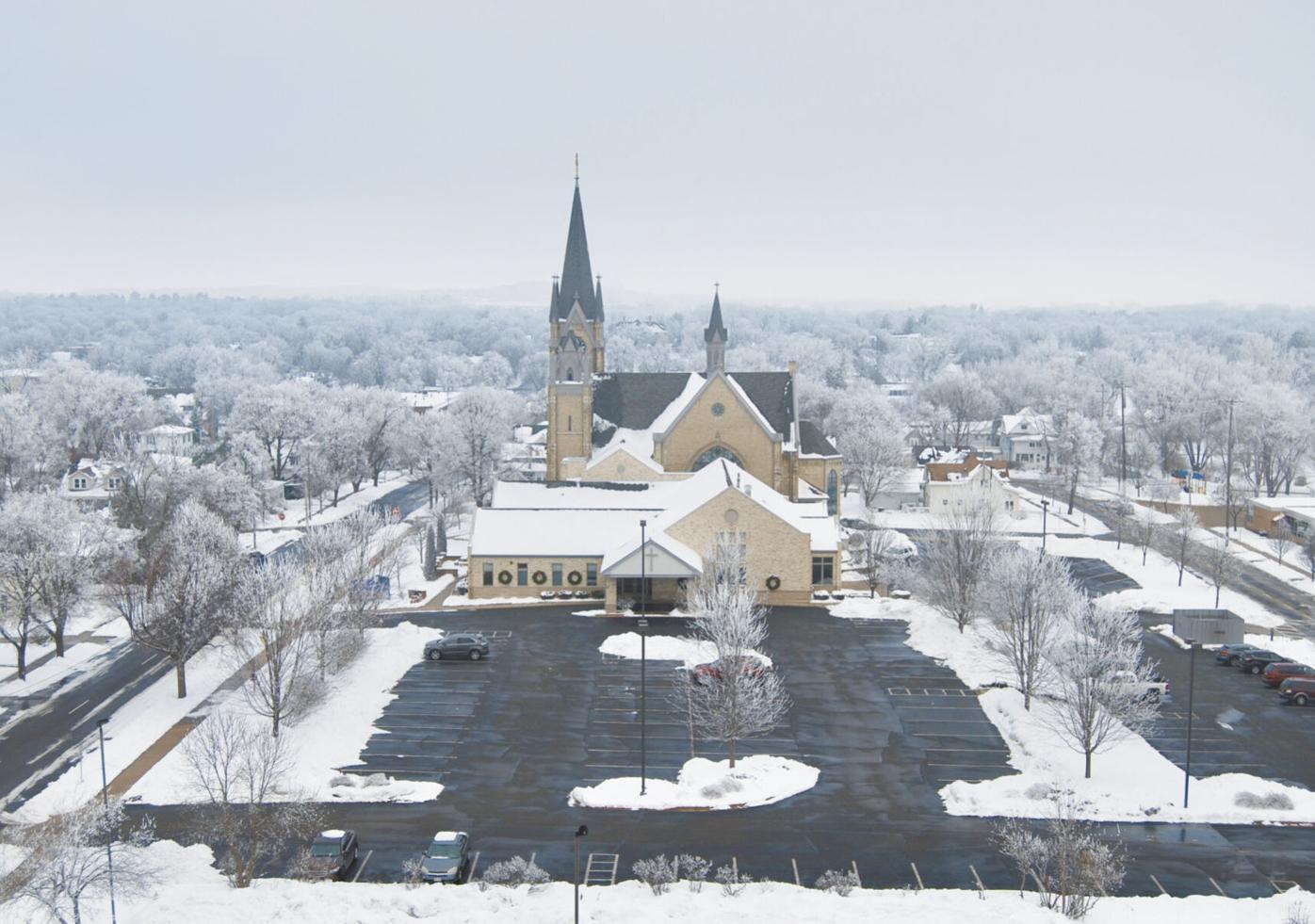 Top photo, a view of Fort Atkinson on Tuesday from the top of the historic 1901 watertower. 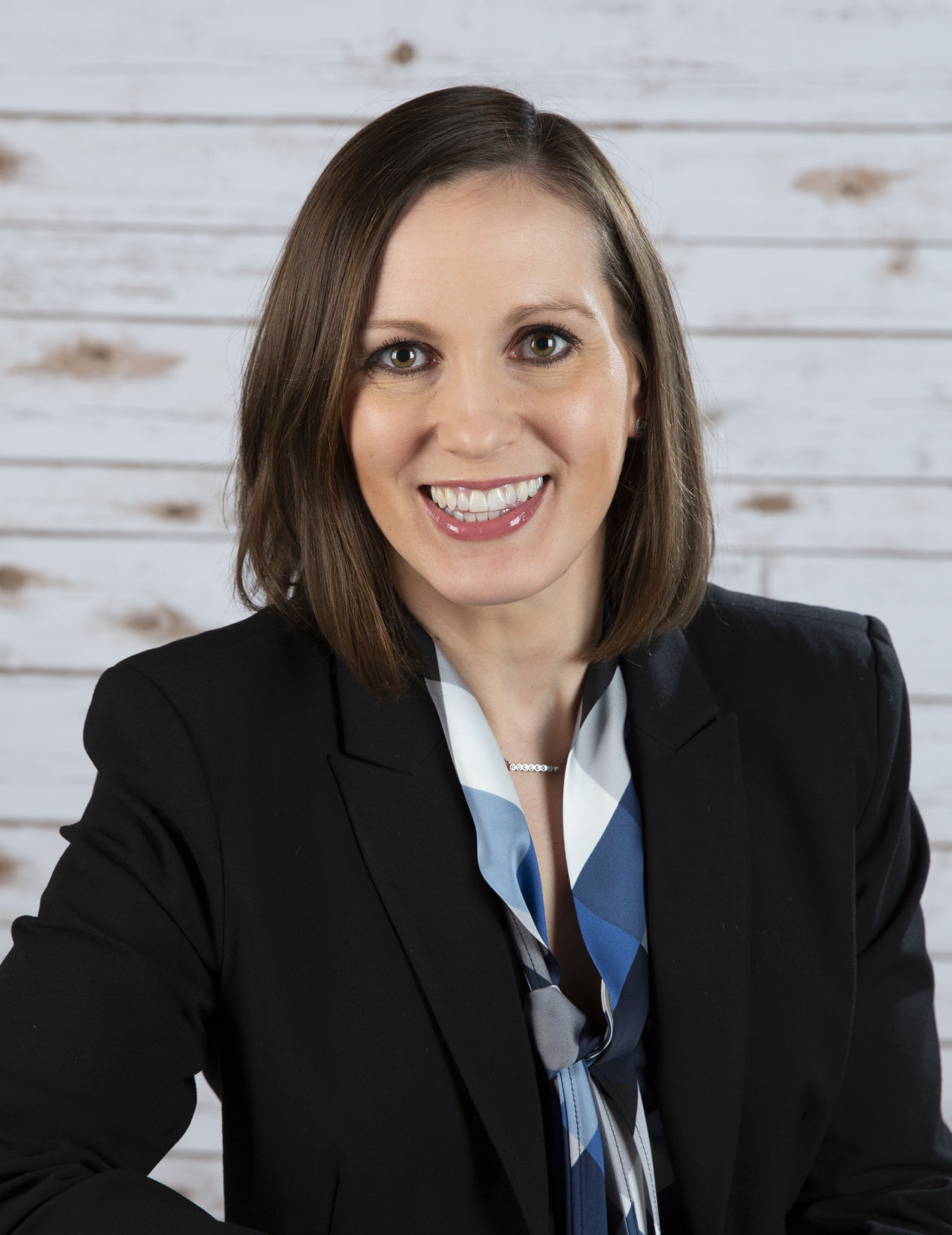 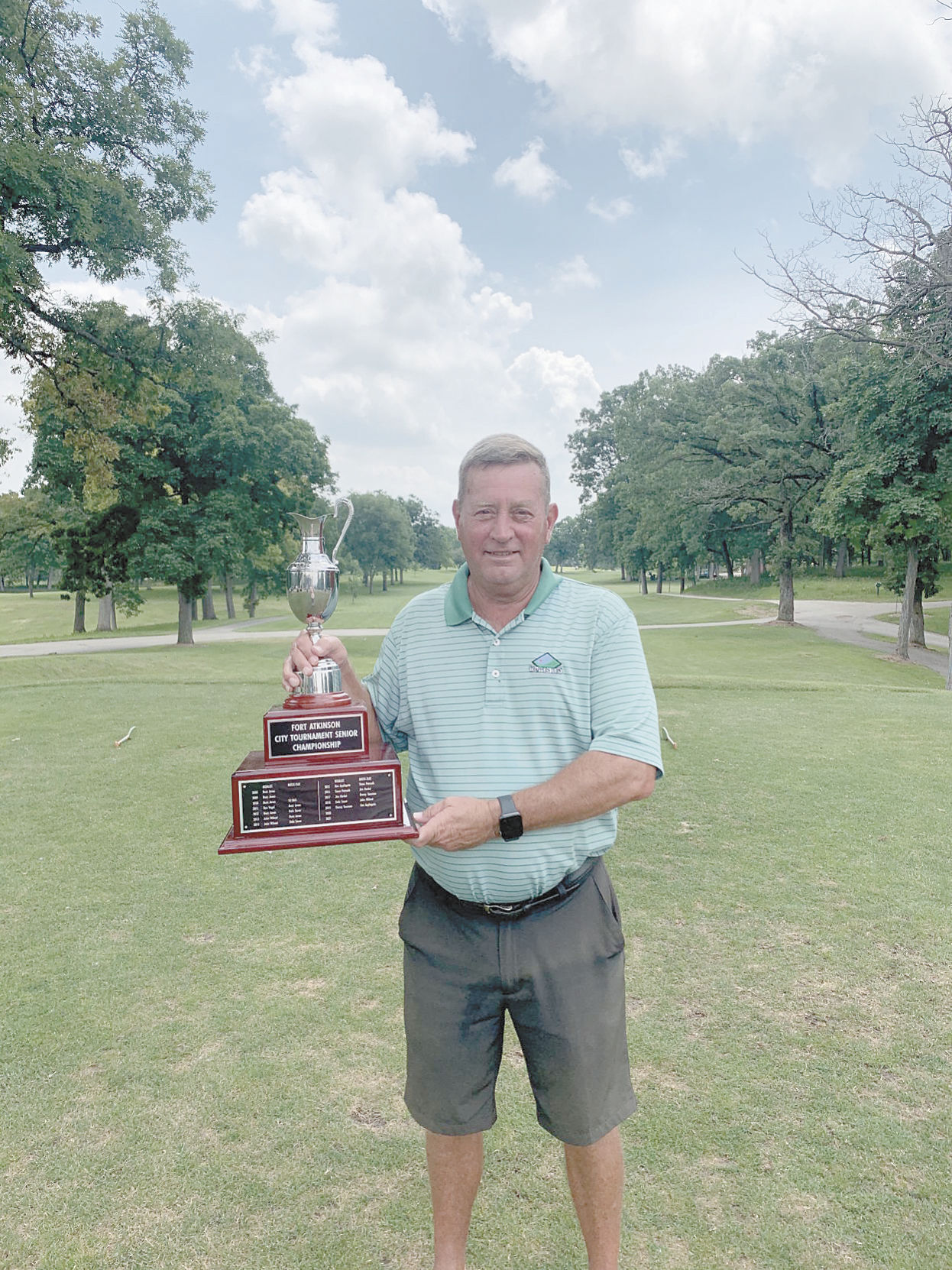 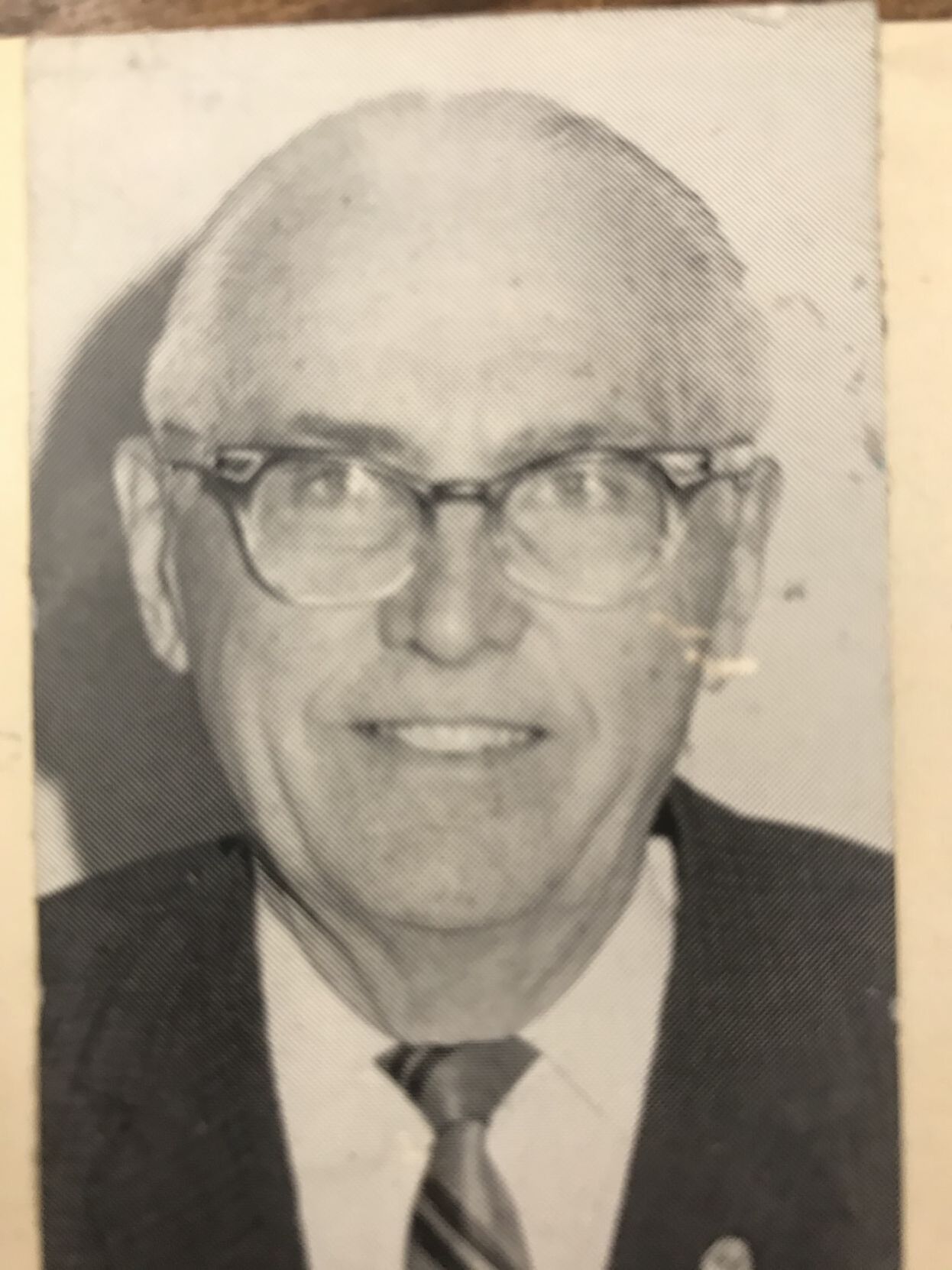 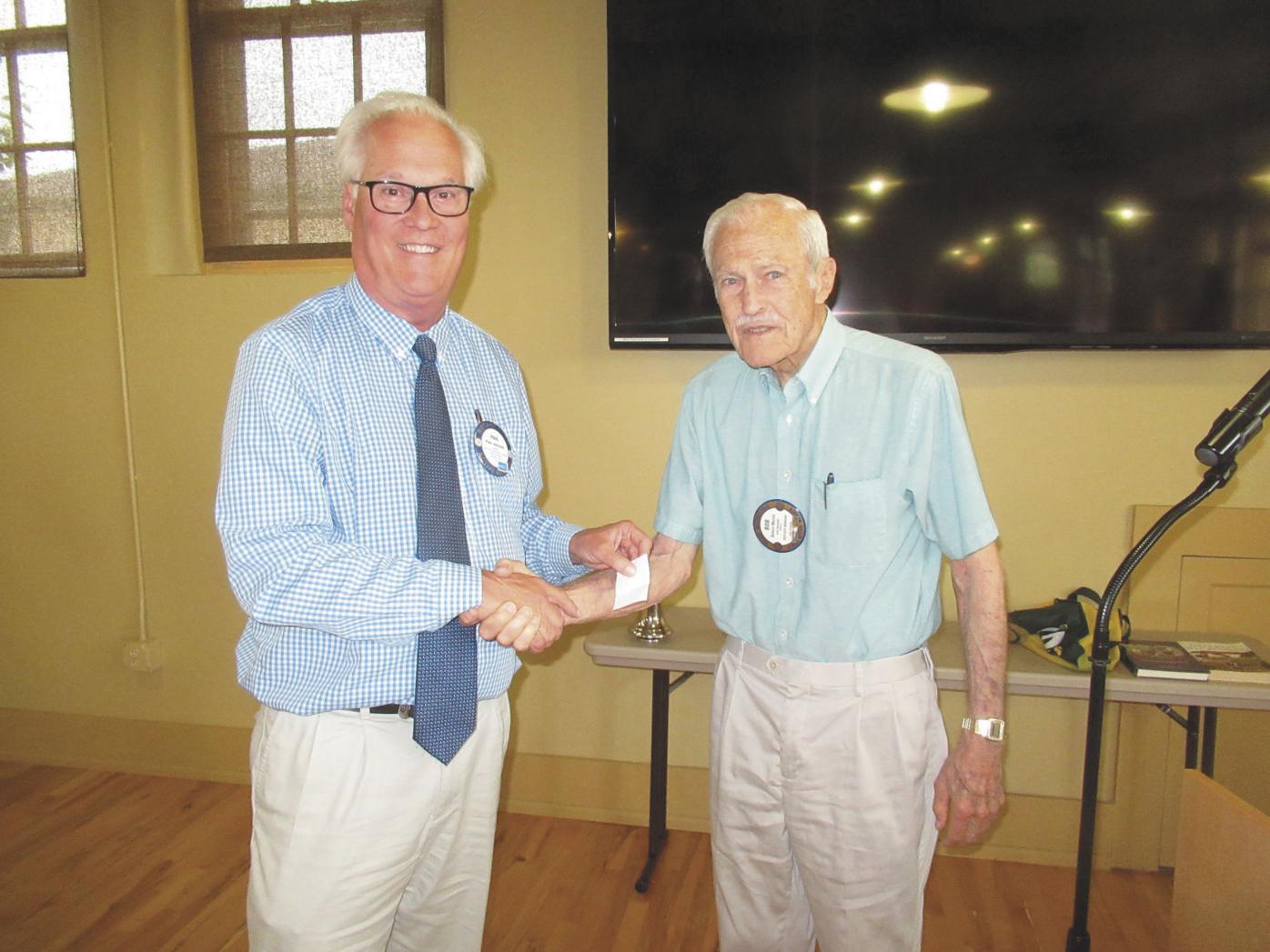 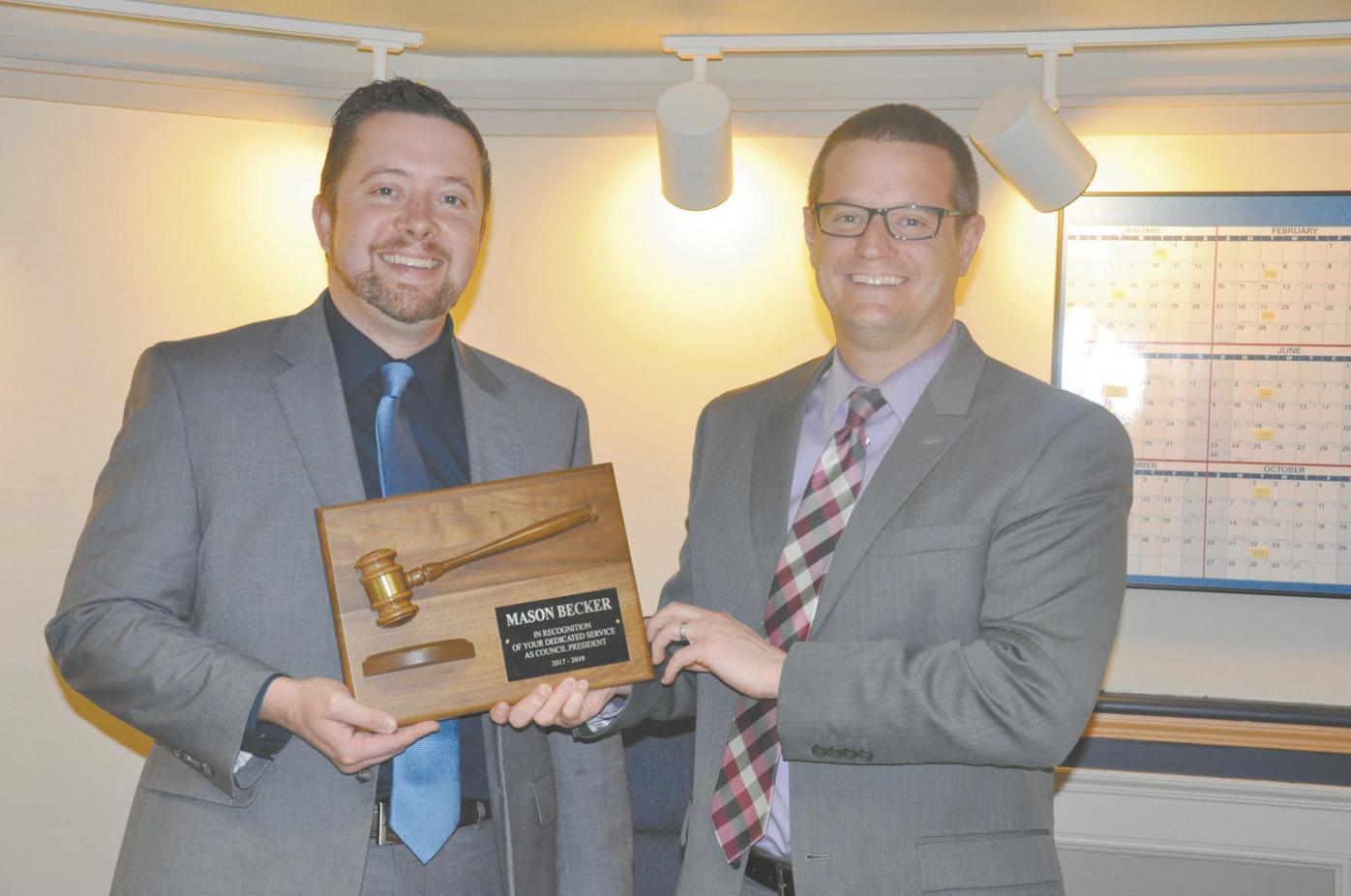 Top photo, a view of Fort Atkinson on Tuesday from the top of the historic 1901 watertower.

In April of 1930, by a vote of 1,484 to 678, the citizens of Fort Atkinson chose a new form of government, moving from the mayoral-aldermanic system that previously had been in place for 52 years to a city manager-council form, which was considered new at the time.

The first city manager was installed a year later, in 1931, along with a five-member council, with each member serving at large.

After adopting the charter forming Fort Atkinson’s city manager form of government, several movements began, advocating a return to the mayoral-aldermanic form. Three of those movements — begun in 1938, 1951 and 1962 — brought city referendums, all of which were defeated by “comfortable margins,” according to information within a Fort Atkinson 150th Birthday anniversary booklet, published by the Daily Union in 1986.

The publication further reported that there was “considerable strife between some of the early city managers and councils; consequently, some managers remained here only briefly.”

Eight city managers, and a ninth who will begin her tenure in February of 2021, since have stepped up to fill the role.

Here’s a quick look back at the persons who have served as city managers since the first individual was installed in 1931.

Arriving from Plymouth, Mich., in 1931, Adolph Koenig was the first city manager to accept the role. He was paid $3,400 per year. He resigned in 1938, after what was described within the anniversary publication as a “fairly stormy reign.”

Richard Biehl followed Koenig as city manager, arriving from Hammond, Ind., in September of 1938 to fill the position. Biehl stayed for less than three years, leaving in 1941 to assume a similar job in Portsmouth, Ohio.

Elmore Klement was described as “home grown,” and, after being appointed to the role of city manager in 1941, he remained for 28 years, leaving a transforming legacy upon the town.

Born in the Town of Sumner in 1899, according to the anniversary publication, he was said to have “carried out duties that no other city manager attempted before or since.”

Klement’s full tenure with the city, as reported by the Janesville Gazette in 1968, was 44 years.

At the time of his death, it was reported in the Daily Union that Klement was considered by many “as the undisputed architect of modern Fort Atkinson.”

Klement was involved with construction of the first sewerage plant in Fort Atkinson, which was mandated by the state during the Depression. Prior to that, all the raw sewage was dumped into the Rock River.

He also was involved with the first-in-the-nation installation of Fort Atkinson’s complete downtown ornamental mercury-vapor lighting system, which was installed in 1955. He further is credited with influencing the city to become one of the first to fluoridate its water, and he guided development of the public works department from horse-drawn street equipment and hand sweeping to more modern machinery.

He also designed plans for several deep wells from which the city could draw water.

At the time of his passing, then-City Manager Robert Martin was quoted in the Daily Union as saying: “Elmore led the fight for the third bridge at the Merchants-Edwards corridor.”

When he retired, Klement noted several events as highlights of his career, including his involvement with designing and supervising construction of a fieldstone dock wall along both banks of the Rock River during the Depression, and guiding development of an industrial park on land formerly known as the James and Trimmer farms. Portions of the land were used for a new city garage complex and residential housing.

He also pointed to his involvement with the development of Rock River Park, created on 100 acres of farmland purchased in 1939, and his involvement, beginning in 1924, with improving the city’s streets.

Robert Martin came from St. Louis Park, Minn., where he had been serving as an assistant city manager. He became Fort Atkinson’s fourth city manager in May of 1969, and served for 29 years.

Under his guidance, in the 1970s the city became one of the first to take advantage of tax incremental financing. The decision resulted in city improvements totaling some $8 million over a seven-year period.

Upon his arrival in the city, Martin found the city coping with the loss of its largest employer, Creamery Package. He subsequently helped the business sector find new life by working diligently to attract new businesses such as Spacesaver and Metal Container to shore up the industrial base, as well as retain existing businesses.

Through the years, as the residential sector also became stronger, Martin oversaw upgrades to the Dwight Foster Library, Hoard Museum, wastewater treatment plant and water departments, along with plans for construction of a new police station and fire department expansion.

He retired in 1998, reportedly leaving the city departments in sound financial condition.

Asked what he liked best about his nearly three decades as Fort Atkinson’s city manager, Martin answered succinctly: “Everything.”

John Wilmet became the next city manager, assuming the role in 1998 after previously having served the city for 23 years as its clerk and finance officer. At the time of his appointment, then-city council president Bruce Johnson said of Wilmet: “he has shown a heart for Fort Atkinson.”

During the search to replace Martin, the council was reported to have received 50 applications from candidates nationwide. Ten were asked to submit a videotape to the council answering prepared questions. From that pool, council members selected five finalists. After a closed session meeting, Wilmet emerged as the council’s choice.

Wilmet served in the role of city manager for 15 years, announcing his retirement in 2012.

A native of the Green Bay area, Wilmet graduated from the University of Wisconsin-Whitewater in 1974, and was hired a few months later as the Fort Atkinson assistant city clerk, finance and purchasing director. He was deputy clerk-treasurer and finance director between 1979 and 1983. He next served as finance officer and city clerk.

When Robert Martin retired, Wilmet was described as noting he was “up for new challenges.”

Among contributions he said he believed would leave the city well positioned for the future, Wilmet listed the city’s portion of the Glacial River Trail. In 2005, the city officially opened its extension of the county’s trail from Farmco Lane to Main Street.

Within the scope of the project was a nine-year process undertaken by the city to acquire the rights to the 2.2-mile section of abandoned Union Pacific Railroad. The trail today is open year-round to pedestrians, bicyclists and skaters. He also cited the downtown riverwalk, a 3,000-foot-long pathway, extending from the Robert Street bridge to the American Legion Dugout. It was completed in 2003.

Wilmet also noted the state-of-the-art wastewater treatment plant, which, after paying off any debt associated with the project, reportedly led to rates dropping by 28% in 2011.

Wilmet pointed to property purchased by the city on Hackbarth Road, which, he said, would provide land available next to the city’s water tower if a need ever arose to drill a new well.

In 2012, Wilmet told the Daily Union: “Public drinking water is probably going to be one of the biggest issues in the future throughout the country because there is a shortage of it. We’re fortunate here to have great drinking water and we have planned for the future to have that for a long time.”

Evelyn Johnson assumed the role of city manager in 2012. She came to Fort Atkinson from Prairie City, Iowa, where she was serving as city administrator. While she held a three-year contract with the city of Fort Atkinson, there was a clause allowing her to terminate the agreement with a 30-day notice.

Johnson was defined as an “at-will” employee, which meant she could be discharged by council from her duties without reason or cause.

In February, 2014, council accepted her resignation through the signing of a separation agreement, which, upon her departure, allowed her to receive severance including six months in salary and a lump sum of $14,200.

After the separation agreement was approved by council, Johnson offered a prepared statement, saying: “I care a great deal about this community, but I have come to realize it may not be the best fit for me as city manager.” Johnson said she was proud of the work she and city staff had completed in the “short time I’ve been here.”

After Johnson’s resignation, Matt Trebatoski was appointed acting city manager. At the time, Trebatoski already had served within the city’s municipal government for eight years.

Trebatoski, a native of Stevens Point, previously had worked for the village of Johnson Creek, both as an intern and an assistant village administrator before coming to Fort Atkinson in 2006.

He initially was hired to serve in Fort Atkinson as a city clerk/treasurer and later attained the title of finance director before he was appointed as acting city manager.

Trebatoski ended his tenure with Fort Atkinson after accepting a job offer as city administrator/treasurer in Oconomowoc. He began his new job in November, 2020.

In September, after Trebatoski’s plans were made public, Fort Atkinson City Council President Mason Becker told the Daily Union that Tebatoski had made “tremendous strides” during his tenure, especially in infrastructure and parks.

In September of 2020, the Fort Atkinson City Council hired Public Administration Associates (PAA), LLC, to help facilitate an executive search to find a permanent city manager. The company suggested David Berner, a former city manager and company employee since 2018, to serve as interim city manager in Fort Atkinson until a new manager was hired.

Berner, a resident of Madison, is a 33-year veteran in public service, retiring in 2011 from his role as city manager in Platteville. His last day as Fort Atkinson interim city manager will be Feb. 22.

Rebecca Houseman-LeMire will begin in her role as Fort Atkinson’s ninth city manager on Feb. 22.

Houseman-LeMire was selected as one of four finalists after a search begun by PAA in September. The search netted some 25 applicants from which a pool of 12 were identified by PAA as particularly strong, according to Becker. From that group, council selected eight semifinalists, and after viewing submitted videos of the candidates, narrowed the field to four finalists.

Houseman-LeMire emerged as the top contender from that group, Becker said, because the city council was impressed with her broad-based management skills.

Houseman-LeMire currently is completing her tenure as village administrator/clerk/treasurer in Darien. She has held that position since 2015.

Her experience further includes time served as city clerk and community planner in Beloit; management specialist/zoning analyst with International Codes Consultants/Inspections, Inc., in Rockford, Ill.; and as an intern in the Janesville city manager’s office.