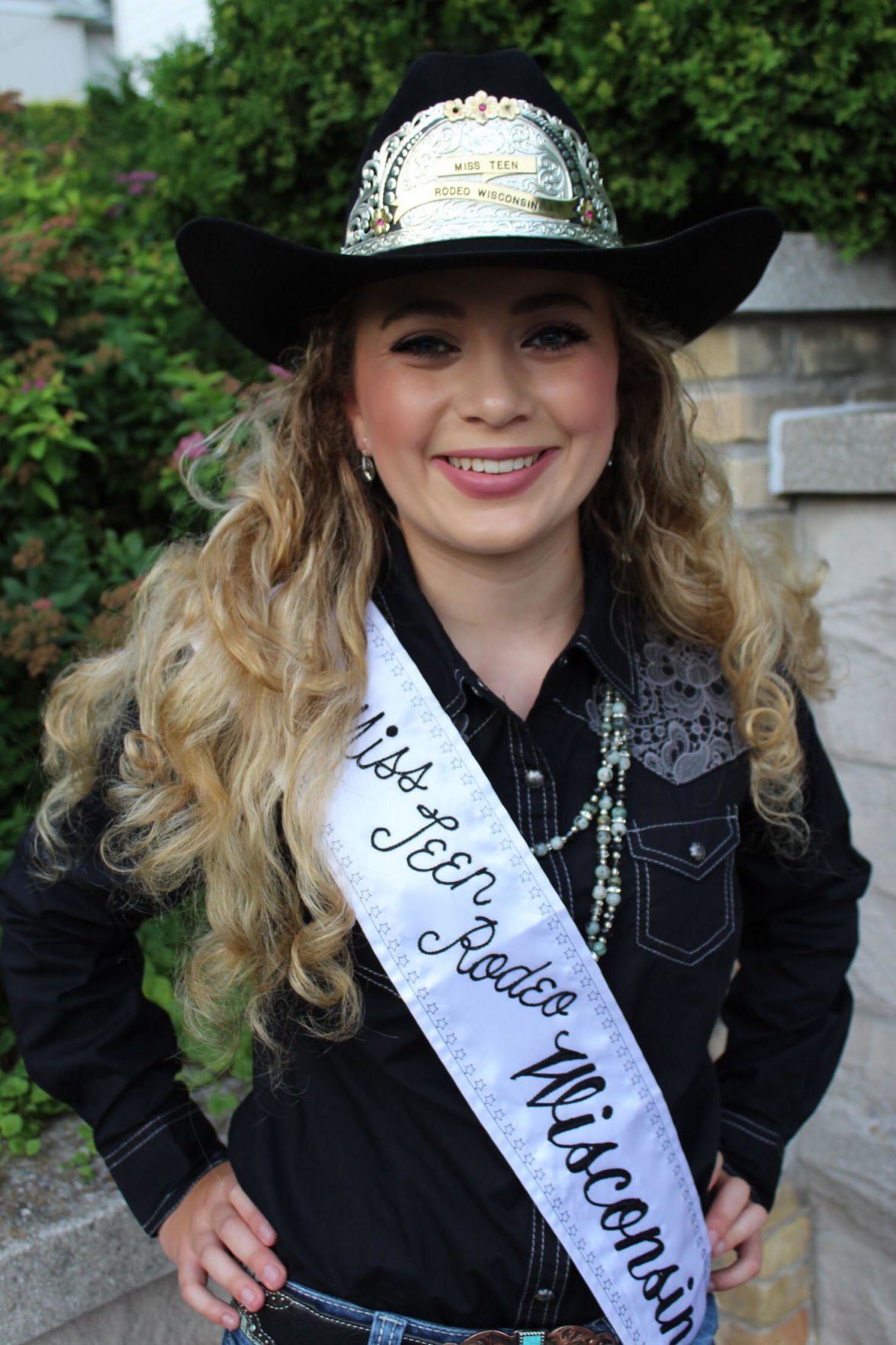 Mariah McFaul, a senior at Jefferson High School, won the title of Miss Teen Rodeo Wisconsin over the summer. 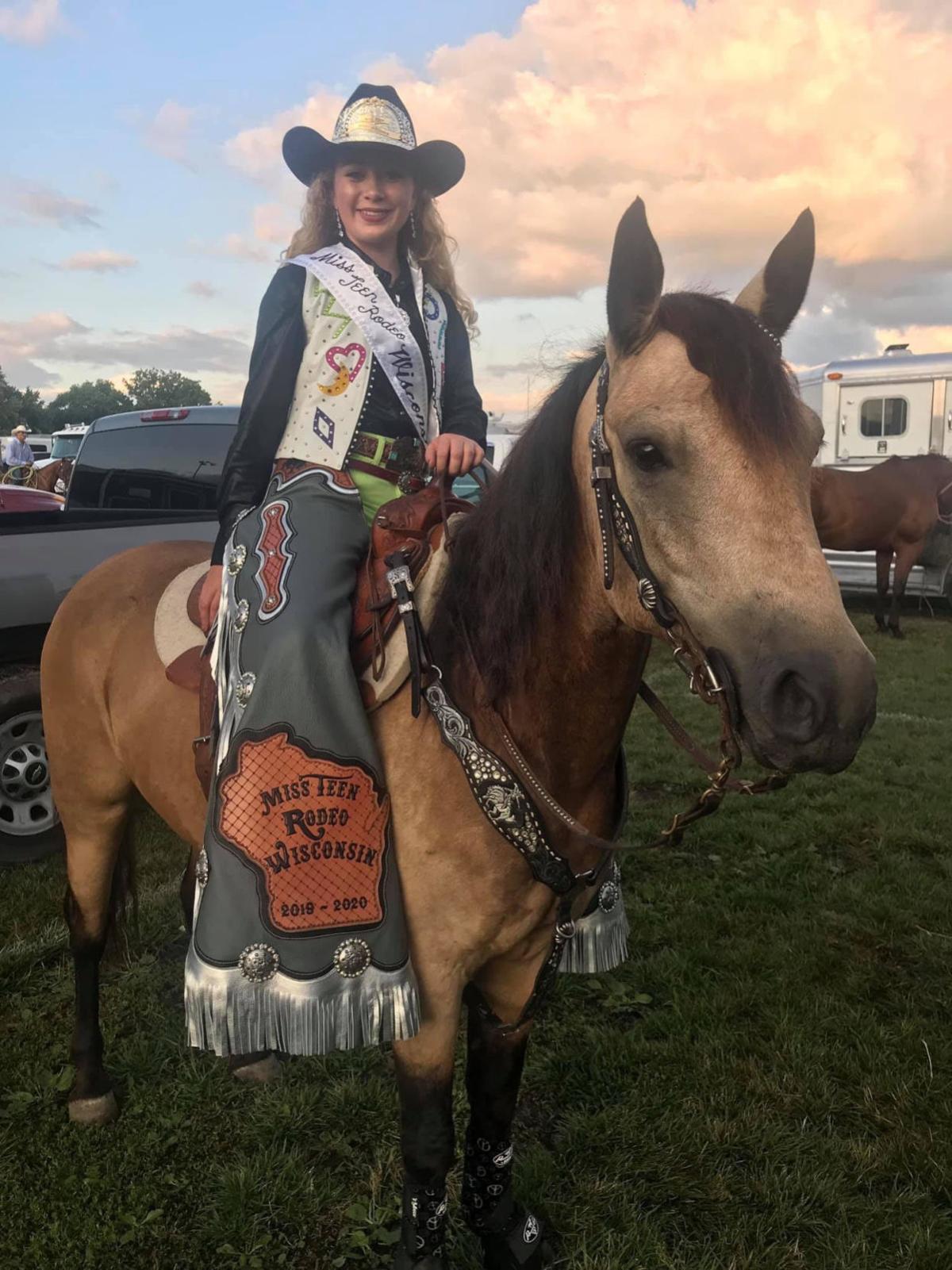 Mariah McFaul, a senior at Jefferson High School, won the title of Miss Teen Rodeo Wisconsin during the summer.

Mariah McFaul, a senior at Jefferson High School, won the title of Miss Teen Rodeo Wisconsin over the summer.

Mariah McFaul, a senior at Jefferson High School, won the title of Miss Teen Rodeo Wisconsin during the summer.

JEFFERSON — Mariah McFaul has been riding horses since she could walk and participating in pageants since the age of 3.

This summer, her experience in both areas paid off as she earned the title of Miss Teen Rodeo Wisconsin.

McFaul, a senior at Jefferson High School and a member of the school's Equestrian Team, is representing the state through next June in her ceremonial role.

Already, she has served in her official capacity at numerous rodeos in the later part of the summer. While the schedule slows down in fall, there still are plenty of events taking place, culminating with the National Finals Rodeo in Las Vegas in December.

McFaul grew up in Wyoming and was trail-riding at a very young age. Rodeos are popular in that area of the country, so she became a fan of the challenging sport.

"That's where I first met rodeo queens," McFaul said. "They were always so nice to me. I decided I wanted to do that when I grew up."

She has been in Wisconsin for three years now and continued her activities representing this region.

The daughter of Kristin McFaul, she has two siblings, Austin, who is 15, and Serena, who will be turning 8 this month. Her dad is Andy.

The first day of the competition involved getting-to-know-you activities, a photo shoot, a test on candidates' rodeo knowledge and knowledge of the Professional Rodeo Cowboys Association.

On the second day, competitors participated in a community service activity, reading books to summer school students at an area library.

That was followed by lunch with the judges, and then the horsemanship contest in the afternoon.

Horsemanship, in competitive terms, is the ability to ride and handle a horse properly and smoothly. It takes into account the rider's appearance and position in the saddle, and his or her ability to control the horse and guide the animal through competitive maneuvers.

McFaul and the other contestants had to compete in a reining pattern and a flag run , as well as demonstrate the proper "queen wave."

The following day, a Saturday, started with morning interviews covering both personal and horsemanship topics. All of the contestants then practiced a dance they were to perform together, The Electric Slide.

"It was kind of tricky and took a lot of work," McFaul said.

Then came a fashion show and the performance of the dance they'd learned together.

The fashion show featured equestrian fashions, of course, particularly Western attire, including the traditional cowboy hat, boots and so forth. One outfit was to be "formal," while another was designated as "flair," showcasing more of the competitors' individual personalities.

The coronation of the rodeo queen took place right before the rodeo itself.

McFaul said the entire experience was really fun and rewarding. She said she felt the interviews went well and she really liked the modeling, but the horsemanship competition was her favorite part.

Since she was crowned in June, McFaul has traveled to several rodeos throughout the state as part of her ceremonial duties. There, she has had various responsibilities, including pageantry, like carrying flags, and public service, including selling raffle tickets, assisting at children's events and helping to clean up after the events.

McFaul said that she is looking forward to the remainder of her reign, especially all of the people she will meet through her new role.

She said she has been involved with horses all of her life and she expects that horses will always represent a wonderful outlet for her, whether through official competitions or just riding for pleasure.

She said that working with horses has taught her a lot.

"Horses take a lot of patience and perseverance," she said. "You have to put in the effort that you want to get back."

Through horses, she said, she has learned the value of hard work, and she has also gained a greater compassion and empathy for others.

"It has made me a better teacher, too, as I share my experience with others," McFaul said.

While she expects to continue being involved with horses throughout her life, McFaul's career plans lie in a different direction. She hopes to attend the Milwaukee School of Engineering to study mechanical engineering.