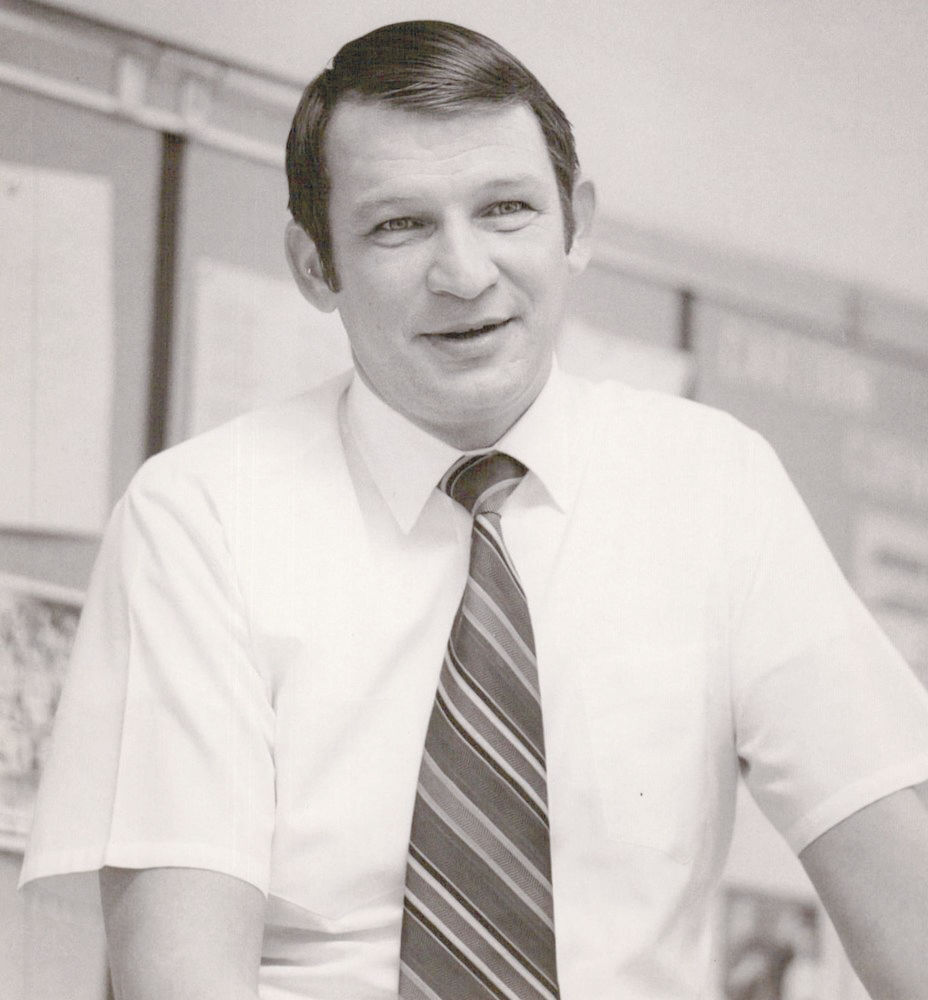 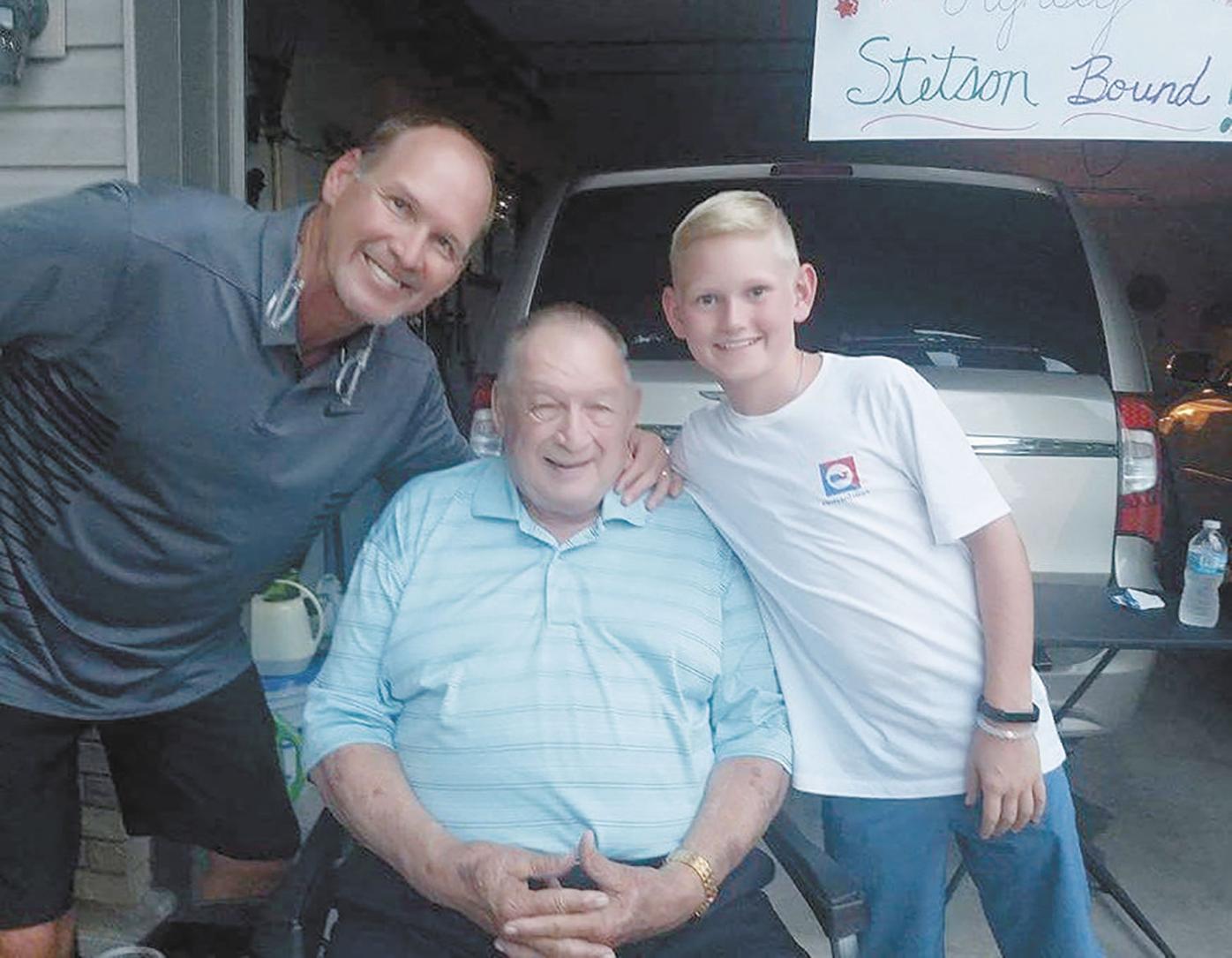 Ken Leipold with his son Lance and grandson Landon.

Ken Leipold with his son Lance and grandson Landon.

JEFFERSON — Even though this was his adopted community, Ken Leipold was “Jefferson through and through,” neighbors and friends say as they reflect on the loss of the local educator, coach and administrator.

“You only have so many mentors in your life, but Ken was definitely one of mine,” said Mark Rollefson, current superintendent of the Jefferson schools.

Leipold was serving as assistant principal at Jefferson High School when Rollefson was hired as a science teacher back in 1989, and he played a big role in the direction Rollefson’s life would take.

“He encouraged me almost right from the get-go to get my administrative license,” the superintendent said.

Almost a decade later, Rollefson had taken on the role of assistant principal at the high school when Leipold was called out of retirement to serve as interim principal.

“During that time, there were so many things Ken did that were just so special,” the superintendent said.

“He taught me that rarely does an administrator have to rush into a decision,” Rollefson said. “He told me, ‘Talk to people. Learn from veteran teachers. Listen to them.’”

Rollefson heard the warmth in Leipold’s contagious laugh, and he witnessed the rapport he had with students, even those who got in trouble.

“They might have been facing consequences on Monday, but on Tuesday you’d see him giving the same student a high-five in the hall,” Rollefson said.

“I knew him my whole life,” said Jeff Seisser, former Daily Jefferson County Union sports editor, now working for the Daily Union’s sister publication in Sun Prairie. “He went from my athletic director and vice principal to my friend.”

While in high school, Seisser admits to spending some time in Leipold’s office, but Leipold had a way about him that turned even sticky situations around.

This student-teacher rapport had matured into professional respect and friendship once Seisser began reporting on high school sports a few years later.

They had been close for many years when, in 2015, Seisser and his wife moved to a new home and a couple weeks later the Leipolds moved in down the street.

That close connection became even closer. Seisser said he spent many Christmases with Leipold, noting that they even were able to join for Thanksgiving this last year despite the pandemic.

Seisser said Leipold had been in failing health for the last couple of years, so he tried to stay in close contact.

“We’d have coffee together every morning and watch all the games,” Seisser said. “He was just the easiest person to talk to.”

Born in 1937, Leipold attended Horlick High School in Racine and went on to study at the University of Wisconsin-LaCrosse and then UW-Whitewater.

He married Sonja (Stowe) in 1959. They had two children — Kristin, who now lives in Watertown and works with Thrivent, and Lance, who went on to become a celebrated college football coach, famously leading the UW-Whitewater team to six NCAA Division III football championships.

“He was just so proud of his kids,” Seisser said.

In 1961, Ken and Sonja Leipold settled in Jefferson, where he took on a vital role in the community, serving over the years as a teacher, coach, athletic director, guidance counselor and administrator.

Both children grew up in Jefferson.

Seisser said he only was a couple of years behind Lance in school. Growing up in their orbit, Seisser said Leipold’s love for family really shone through. So did his care and compassion for every student.

Leipold retired from the Jefferson schools in 1995.

After the loss of his first wife to cancer, Leipold married Judy (Roth) Mantz in 2003, and they spent many years traveling and taking part in community events as well as quietly backing Jefferson sports and other worthy causes.

In addition to his roles in the local education community and in the sports world, Leipold also was active in his church, St. John’s Evangelical Lutheran Church, serving on its elder board at one time.

“He’s been very impactful on the Jefferson community,” Seisser stated.

Bob Zweifel, retired teacher and baseball coach, said that when he came to Jefferson in 1967, Leipold was teaching social studies and serving as a varsity coach.

“He was very outgoing but laid back, well-liked by everyone,” Zweifel said. “He’d give you the shirt off his back.”

He recalls during his own coaching days sitting down to get Leipold’s advice and help sort out the more challenging issues like athletic code violations.

As athletic director, Leipold attended all the games and meets, proudly backing the Eagles. When a team was lucky enough to make it to state, he made all of the arrangements to facilitate their trip to the tourney.

Even after retiring from the schools, Leipold always was out and about in the community.

“Everybody knew him,” Zweifel said.

As retirees, they even traveled together.

Though it was before his time with the Jefferson schools, Sheil said he’s heard that Leipold was an excellent coach.

A big man, he really stood out in a crowd, but he interacted with students extremely well, Sheil said.

“He had a real gift for helping kids in need,” the retired principal said, calling Leipold fair, consistent and student-centered.

Leipold did have strong opinions and stuck to his principles, Sheil said, noting that Leipold’s faith always was central to his life, though he didn’t express it in a showy way.

“He was just a very caring person,” Sheil said.