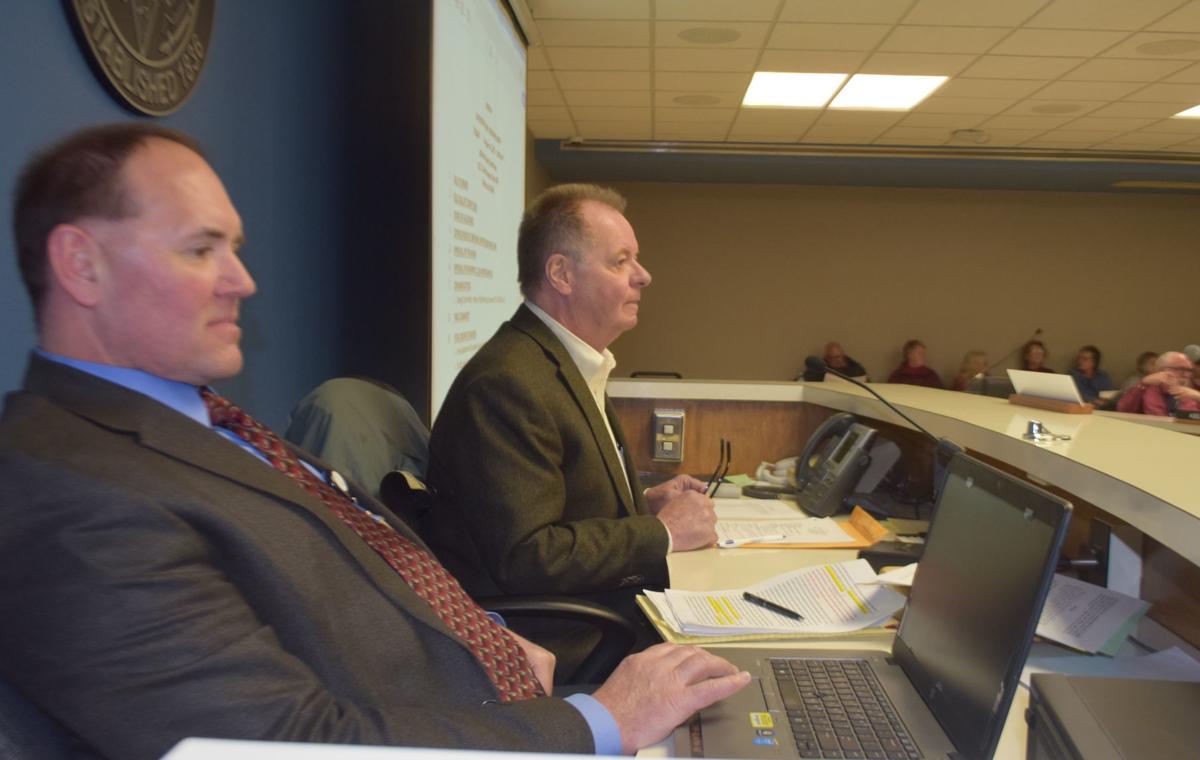 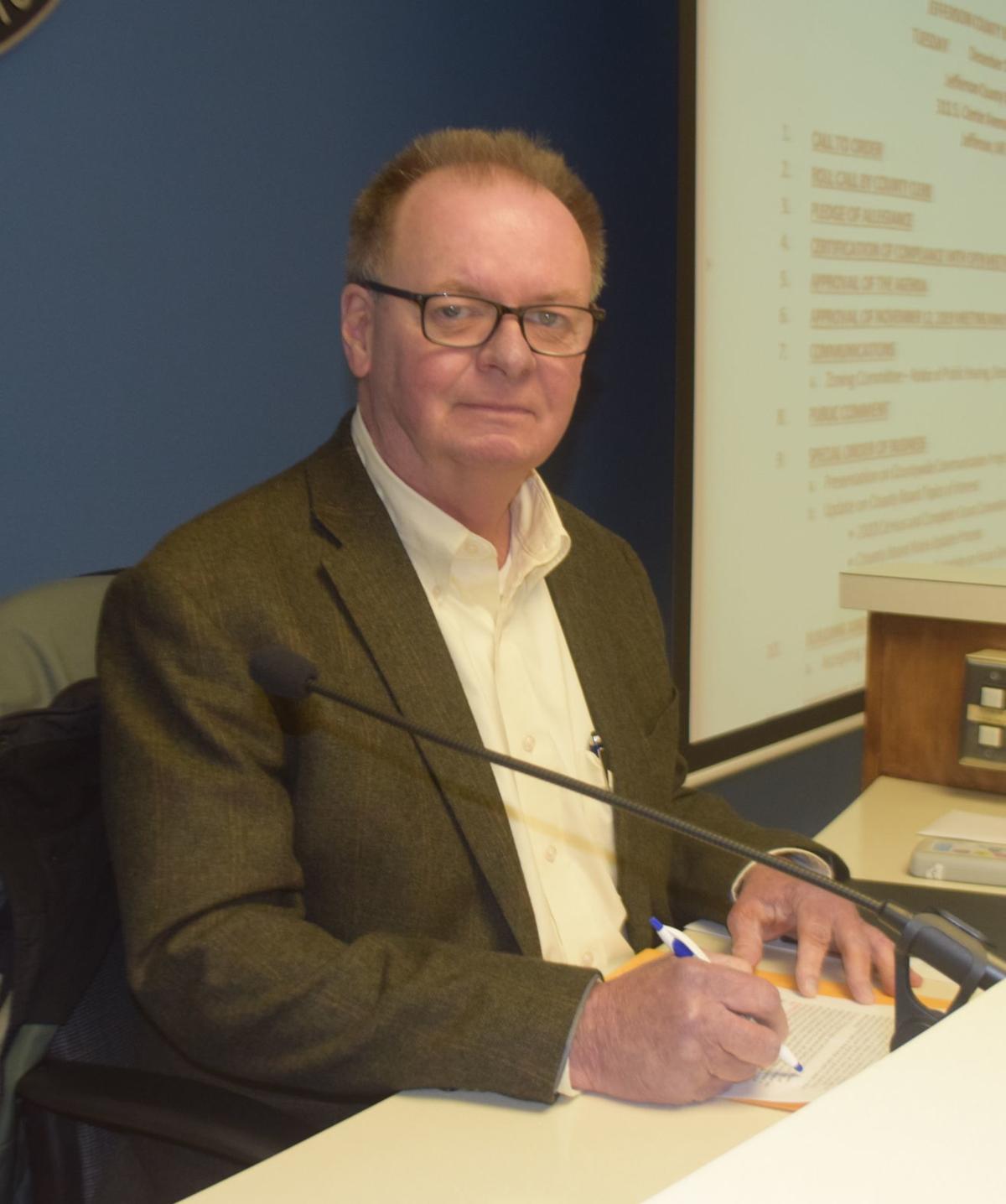 JEFFERSON — Jim Schroeder was disgusted, so he decided to do something about it. Now his work is done and he's stepping away.

After seeing local government in action for years as a former radio newsman, the Jefferson native joined the Jefferson County Board of Supervisors in April of 2010. Witnessing the attitudes and actions of former county board chairpersons John Molinaro and Sharon Schmeling, he said he became so frustrated he took another step and sought board chairmanship. He was successful and in April of 2014 began wielding the gavel in vastly different manner.

Schroeder, who represents portions of the City of Jefferson as a county supervisor, sat down with the Daily Times this week to discuss his tenure on the board, and as its chairman, after recently filing a declaration of non-candidacy for the next election. His last day of service will be April 21.

He said although he strongly disagreed with the previous two county board chairpersons' ways of running things, he has been pleased with how the board and administration has evolved, and believes the county is in good hands in most departments.

As is the case with most high-ranking Jefferson County officials, Schroeder, who served on the economic development consortium, buildings and grounds, human resources, solid waste and air quality, and the executive committees, deflects praise for his work. He prefers to pass along credit to others.

"I have no individual accomplishments. There are people in county government who are a lot smarter and talented than I am, and I've been blessed to be around them," he said. "I've seen tremendous commitment, talent and character in the people I've worked around, and these people have made my time in public service a real joy."

Schroeder did say, however, that the county has taken great strides forward during his time as chairman.

"I'm most proud of the fact that we, as a board, with people from the far right to the left, have never acted out of partisanship, or out of political ideology," he said. "It's been responsible government advancing the quality of life. That is what we, as a board, can be most proud of. I wish the guys in Madison and Washington would come and watch us and learn how to get things done."

Schroeder said he most enjoyed working on the economic development panel.

Unlike previous county board chairpersons, Schroeder said, he "didn't want to interfere" with the administration and department heads — just let them do their jobs.

"The board and I are the policy-makers," he said. "We have a good board and we have the best administrator in Wisconsin in Ben Wehmeier. He is intelligent and energetic, and he is the most high-character person I have known."

During his tenure as county board chairman, Schroeder said the county has undertaken the process of upgrading the railroad track between Madison and Watertown running along Highway 19; engaged in the task of attracting the College of Osteopathic Medicine to Jefferson; preserved its public services during demanding financial times; built a new highway shop on time and on budget; aligned the county budget with strategic priorities; fostered stronger working relationships with other levels of government and begun the complicated process of bringing broadband internet to everyone on the county.

Schroeder said it has been a pleasure to help foster leadership skills and qualities in others on the board.

"Amy (Rinard) has emerged as a leader. So have Dick Jones, George Jaeckel and Conor Nelan," he said, adding, unlike Schmeling and Molinaro, who were at the courthouse constantly, his more hands-off approach to leading the board and committees has given others a chance to shine.

"Others have responded to my approach. Blane Poulson, on the fair park committee, has worked hard to make the park a much better place," he said.

He noted that, as the leader of the board, he tries to not be too prominent with his ideas, but to act more like a referee, "a credible broker," as he described it.

"I got beat up (on the board downsizing issue)," he said. "The votes on that were very predictable and some pretty terrible things were said about me. And the result of (any downsizing) would not have been realized until 2022, well after I would be off the board. Things got personal and that was disappointing."

Schroeder said he most enjoyed working with Wehmeier.

"He is just a joy to work with. I also liked working with the department heads," Schroeder said. "Our public employees took a beating during Act 10. But the vast majority of them care very much about what they are doing and they are subject matter experts. It's been a joy to work with the board, a group of people with such ideological differences working together has been such a cool thing to see."

At 64, Schroeder said he is pleased he has been able to find love again in his private life, which has influenced his decision to leave public service, at least for now.

"I'm 64 years old and I could retire, in theory. Now I want to do something that is really going to move the needle," he said of his pending marriage.

"We touch virtually every aspect of people's everyday lives," he said, noting everything from health and safety, to economic development is addressed by county governmental functions. "The most fundamental thing about capitalism is land ownership and we keep those records. To me, it's satisfying knowing you served a purpose, with good intentions and did it well."

As he steps down from his chairman's position, Schroeder will also leave the board.

"This chapter of my life is over," he said. "I also think that, to stay on the board (an a former chairman) would not be fair to the new chair. The only way I'd come back to the county board is if I'd become as upset as I was before."

Many who worked with Schroeder had high praise for his skill as chairman.

"I'm grateful for the opportunity to recognize Jim's service to Jefferson County," Jefferson County Corporation Counsel J. Blair Ward said. "Through his leadership as county board chair, Jim demonstrated his commitment to the people of Jefferson County and served as an outstanding example of what it means to be a public servant."

Rinard is chairwoman of the county's executive committee, as well as being vice chair of the county board. She is appreciative of Schroeder's attitude and influence.

"When I was elected in 2010, the county board was very contentious and clickish and, frankly, pretty much a good-old-boys club," she said. "When Jim was elected chair, he hit the reset button. The mood of the board almost instantly changed to one that was, and still is, more collegial and inclusive. Because of that, the county board is more effective."

Rinard said the board has accomplished much while Schroeder has been at the helm.

"We've done everything from updating our strategic plan for the county's future, to implementing a better budgeting process," she said. "Through his appointment of new supervisors to fill vacancies, his support for candidates running for election to the board and his appointments to county board committees, Jim has enhanced the board's diversity, empowering different voices and encouraging new leaders. That's an important legacy and one I'm going to work hard to continue."