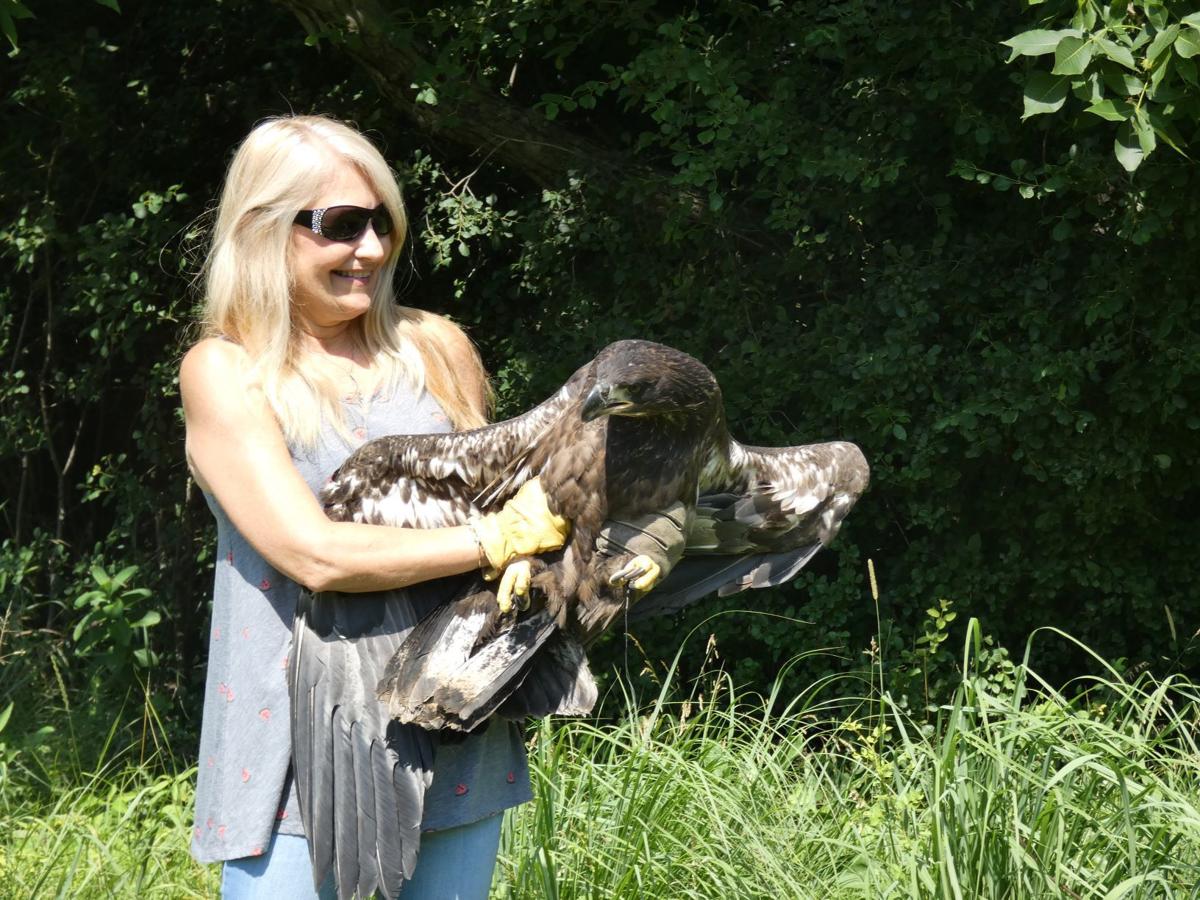 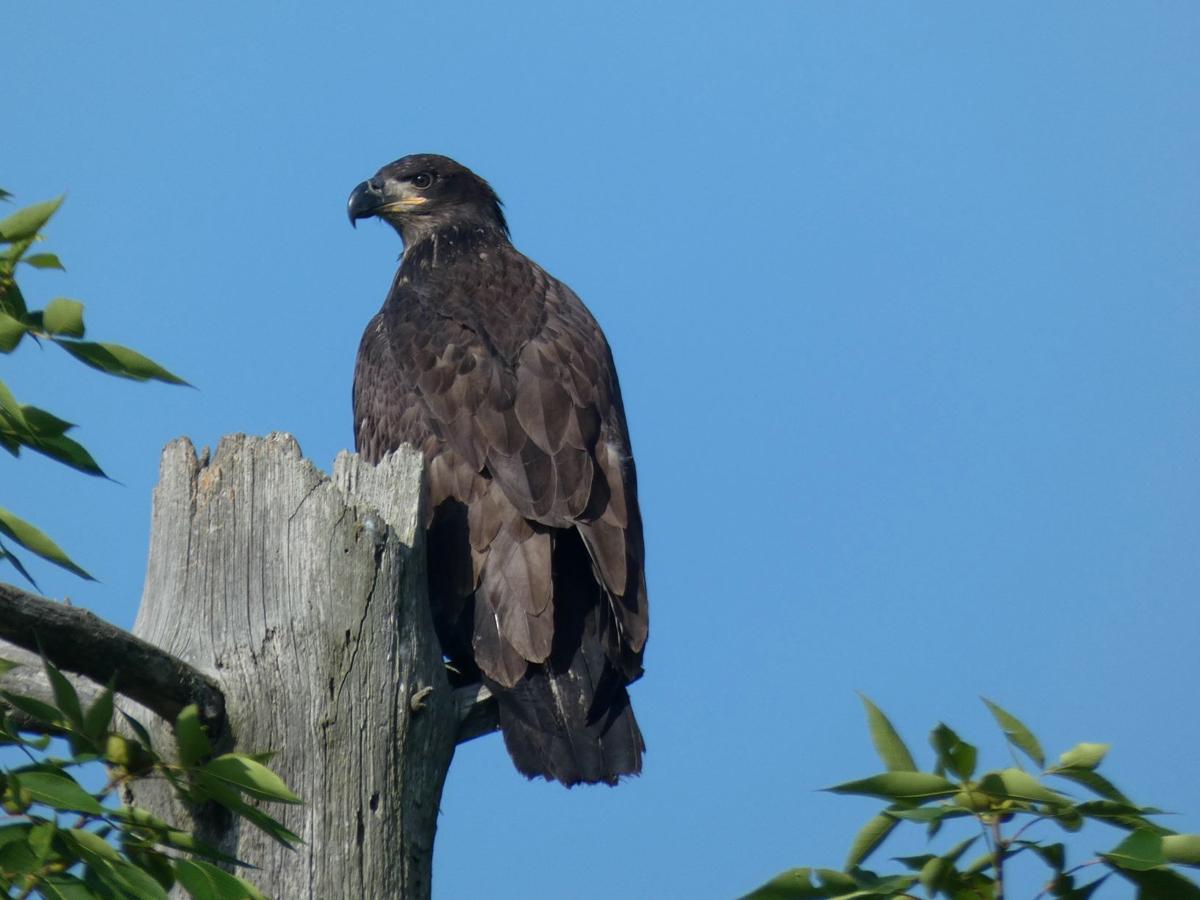 She will tell you that bald eagles adopt other eagle babies — if the timing is right.

Since the end of May, she has taken in almost 10 baby eagles, unable to fly, from Rock County and around the state.

Some came from nests destroyed in storms.

Some jumped out of nests to escape swarms of black flies.

Others were found on the ground, where they were vulnerable to predators, and they could not be put back in their nests.

“We always try to put birds back in their nests if the nests are accessible,” Moller said. “Wild animals are so much better off if you can leave them with their parents.”

Moller found homes for two rescued babies by integrating them with new families.

In those cases, Moller fed and cared for the young birds until they began to fly. Then she introduced them into replacement homes. She found homes working with private landowners and closely monitoring two eagle nests in Rock County.

She noted when the young birds were beginning to fly. Eagles reach mature size at about 10 weeks and begin flying at about 12 weeks. Then she released the birds in her care at different times in the areas of two different families.

While they were at Hoo’s Woods, Moller put the youngsters in a pen with Madeline, an 11-year-old bald eagle who cannot be released in the wild because of a permanent injury.

Moller has years of experience caring for injured adult eagles and juveniles. But taking in so many babies is a first. Once listed on the state and federal endangered-species lists, bald eagles have made a soaring comeback. Nesting surveys conducted last year by the Wisconsin Department of Natural Resources revealed a record number of nesting birds, with 1,695 nests occupied by breeding adults.

The number of birds at Hoo’s Woods can vary day by day.

On Aug. 5, she said four were rehabbing.

“It adds up really fast, and some are with us for months,” Moller said.

Because of the extra eagles in her care, Moller is doubling her eagle facilities at Hoo’s Woods. She said the goal is to renovate two existing buildings for the overflow of patients and to host events.