You are the owner of this article.
Edit Article Add New Article
1 of 15 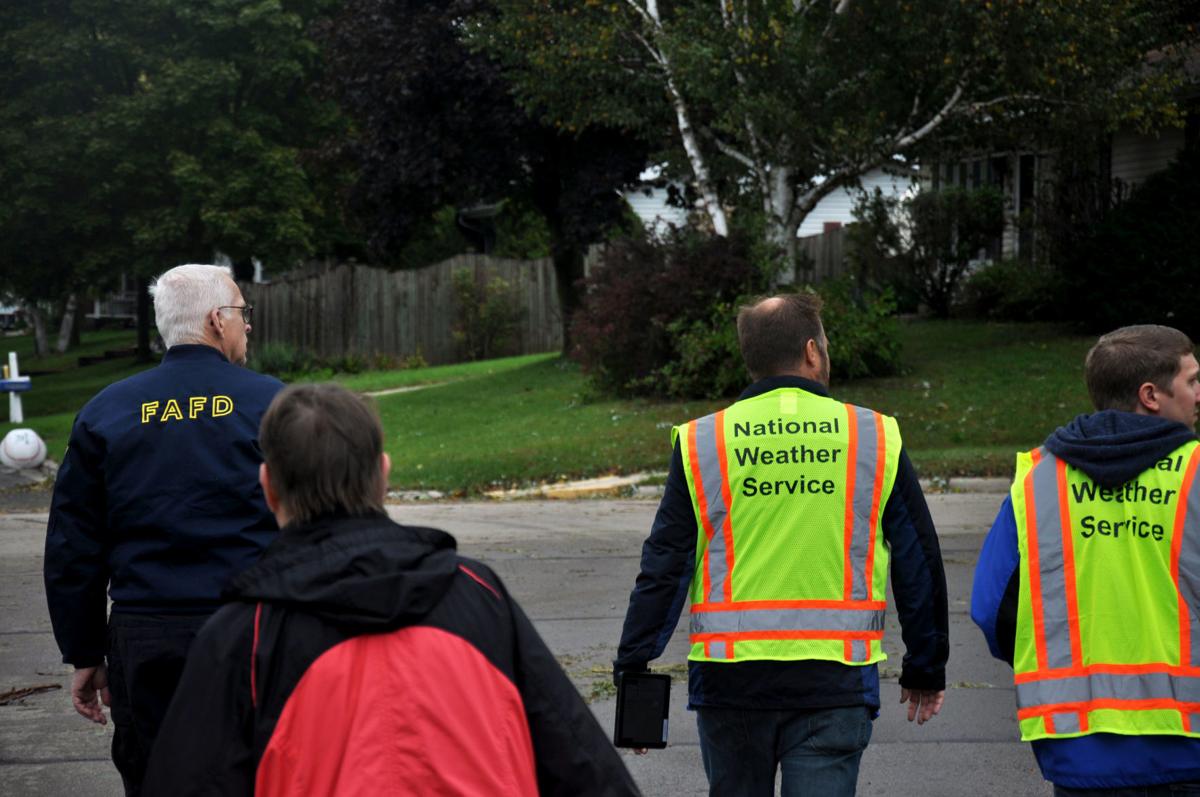 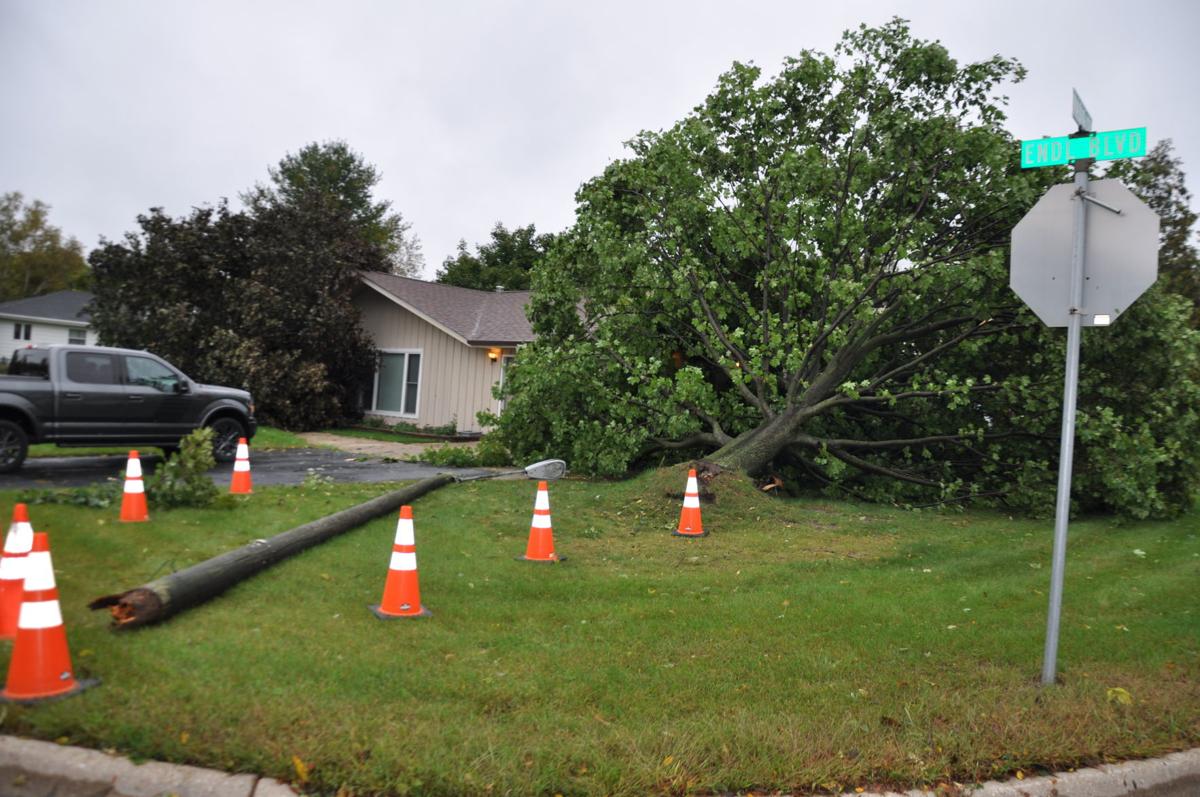 A lightpole and tree were downed on Endl Boulevard in the wake of a powerful storm that blew through Fort Atkinson Tuesday evening. 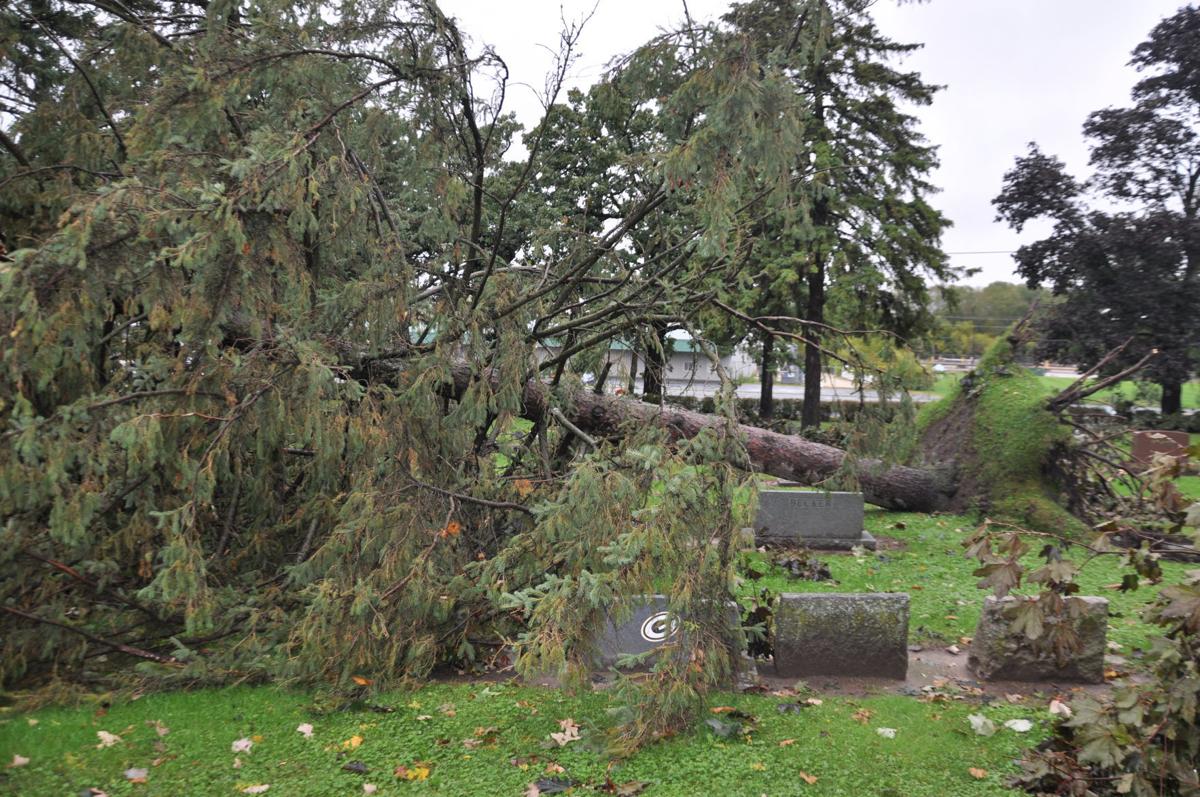 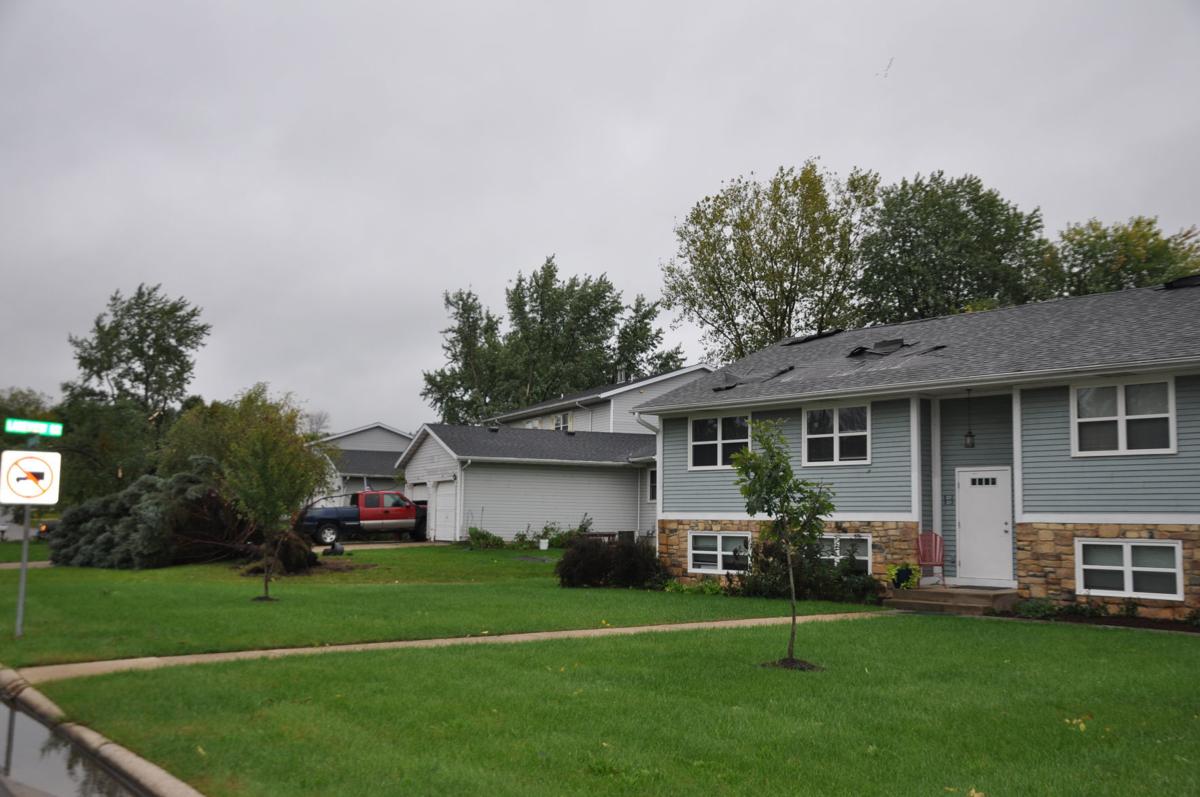 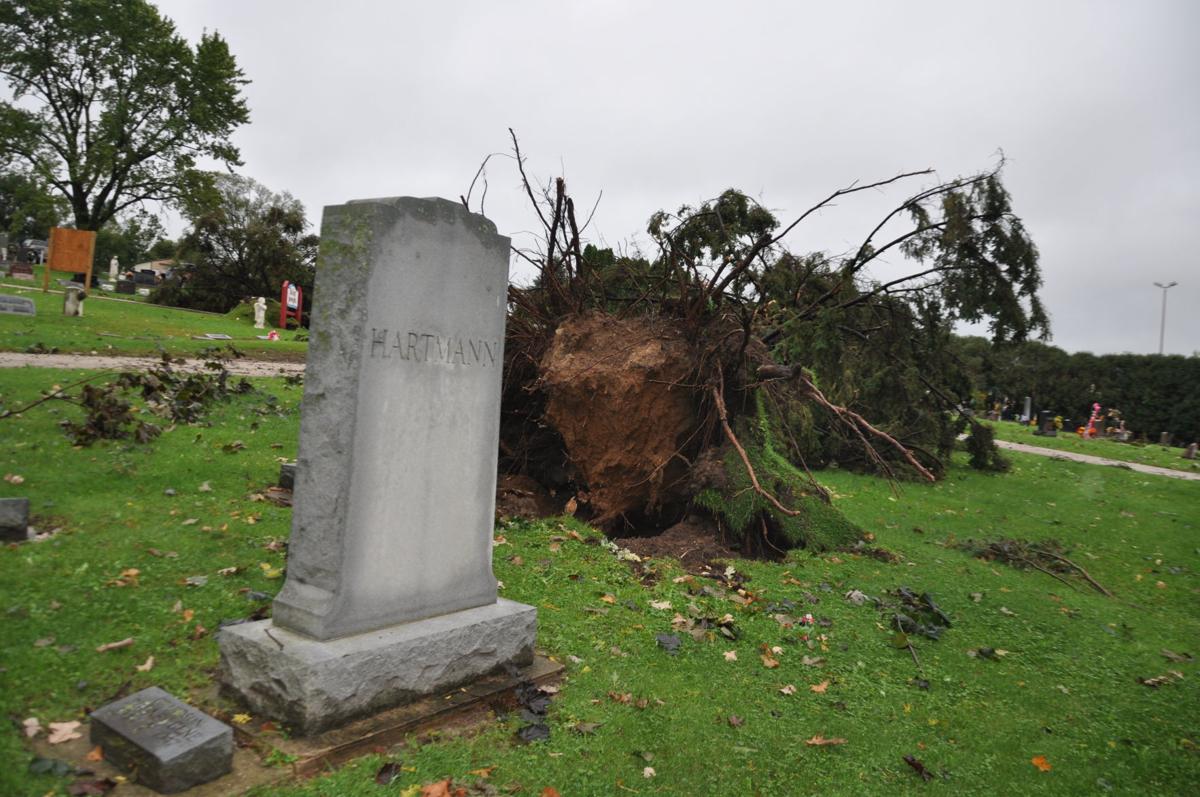 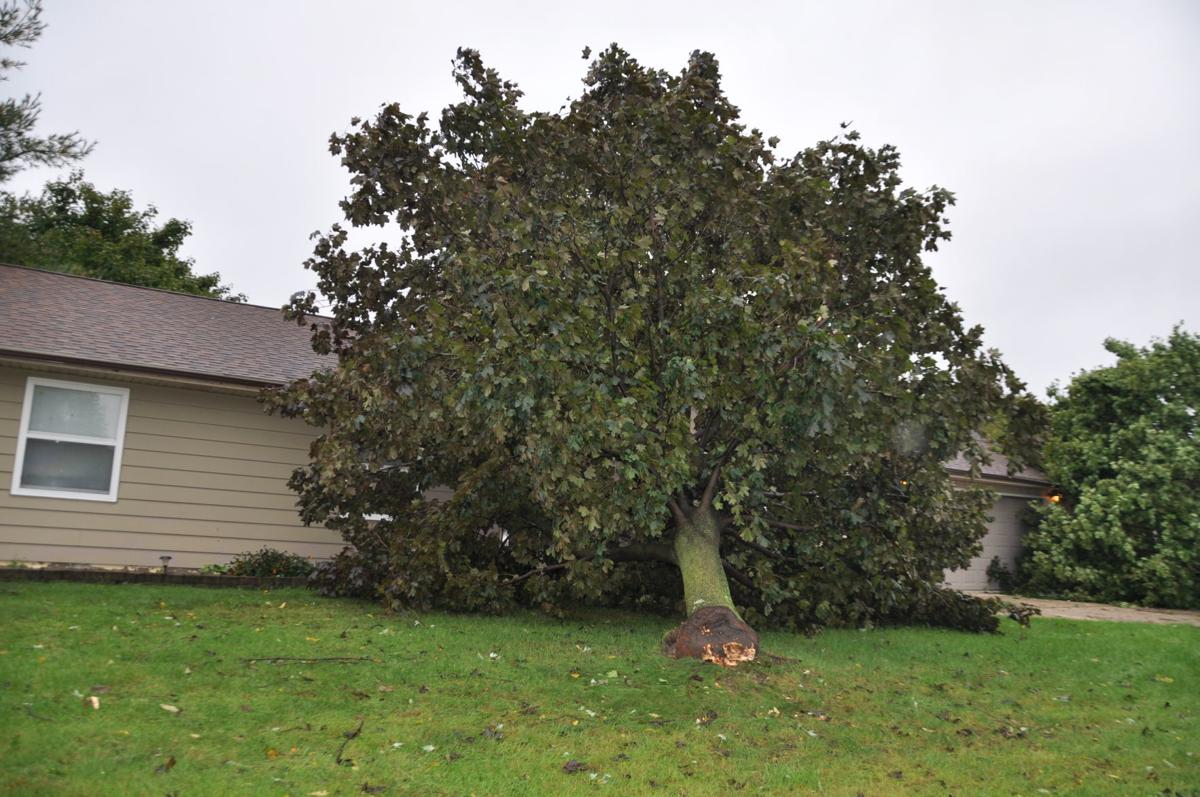 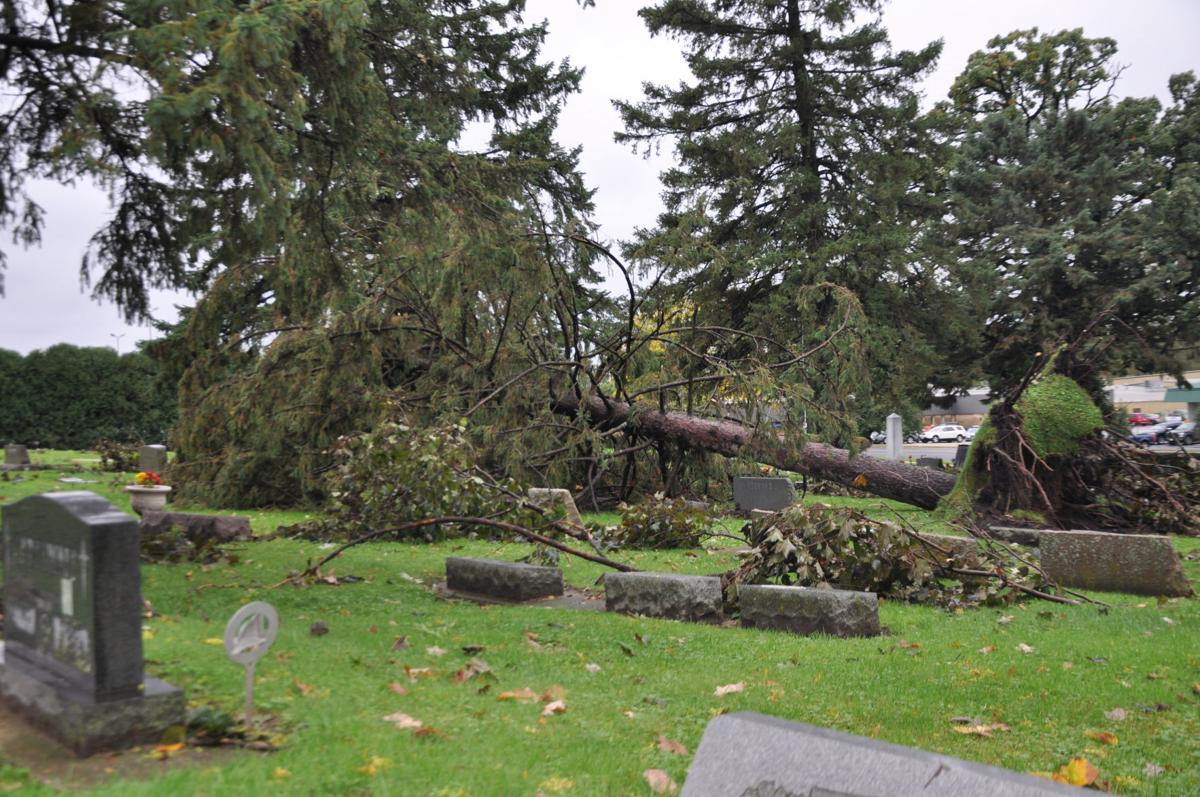 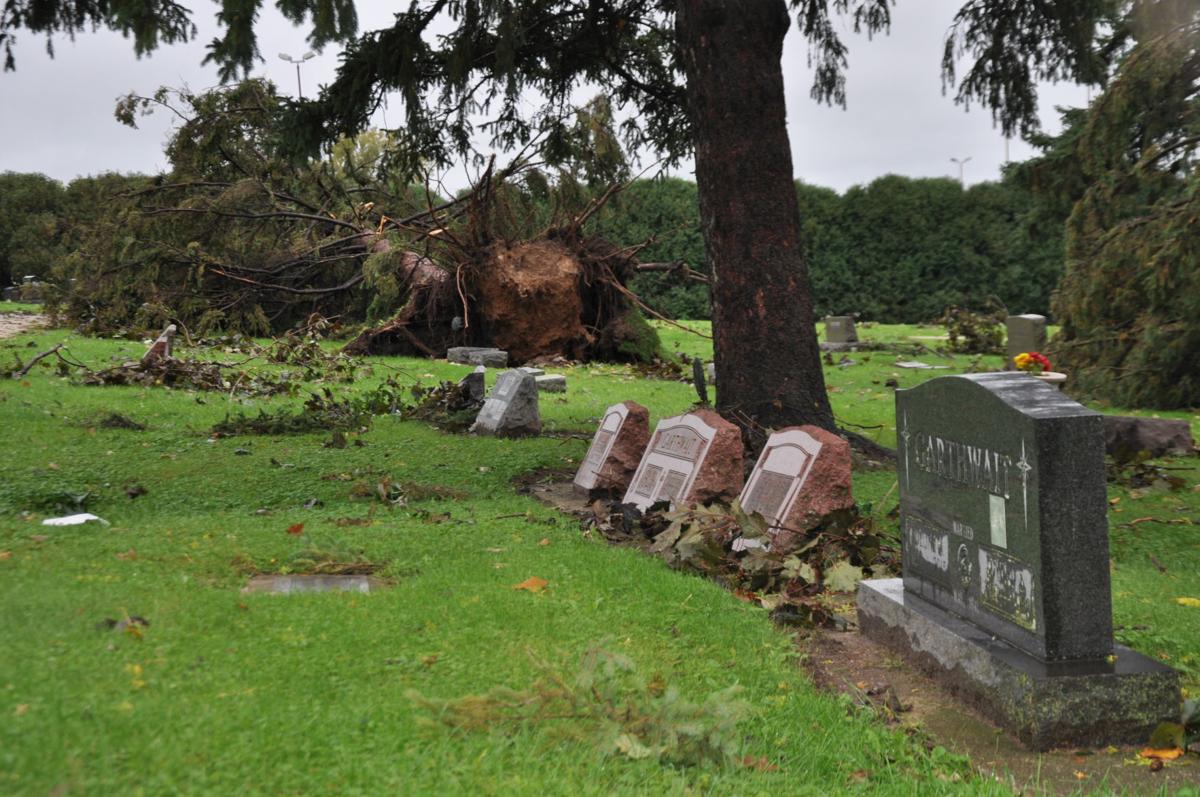 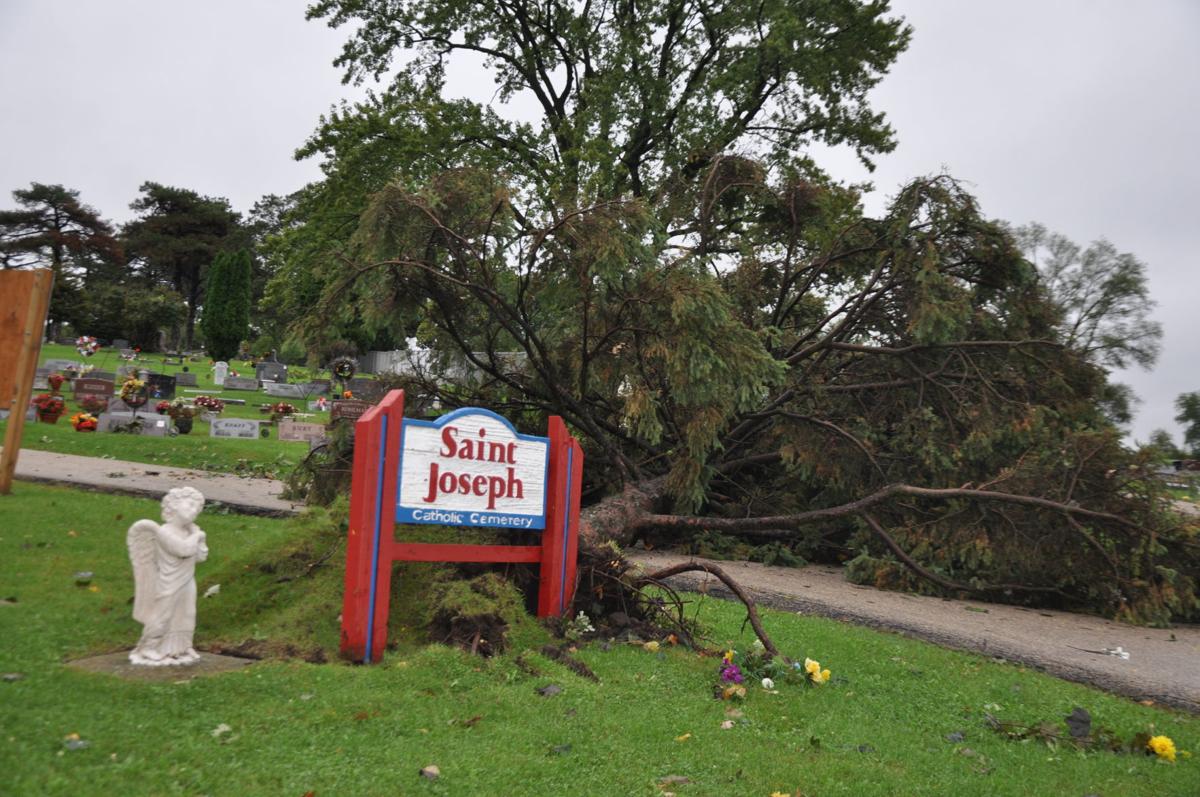 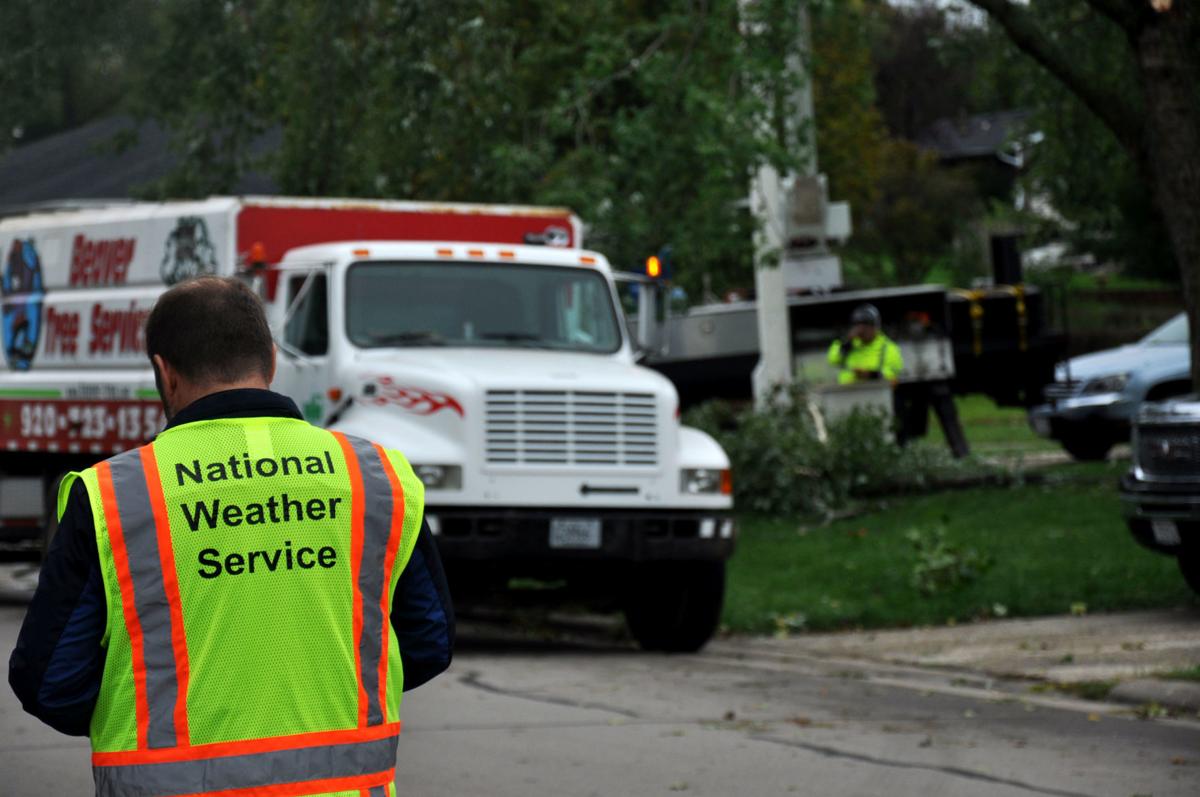 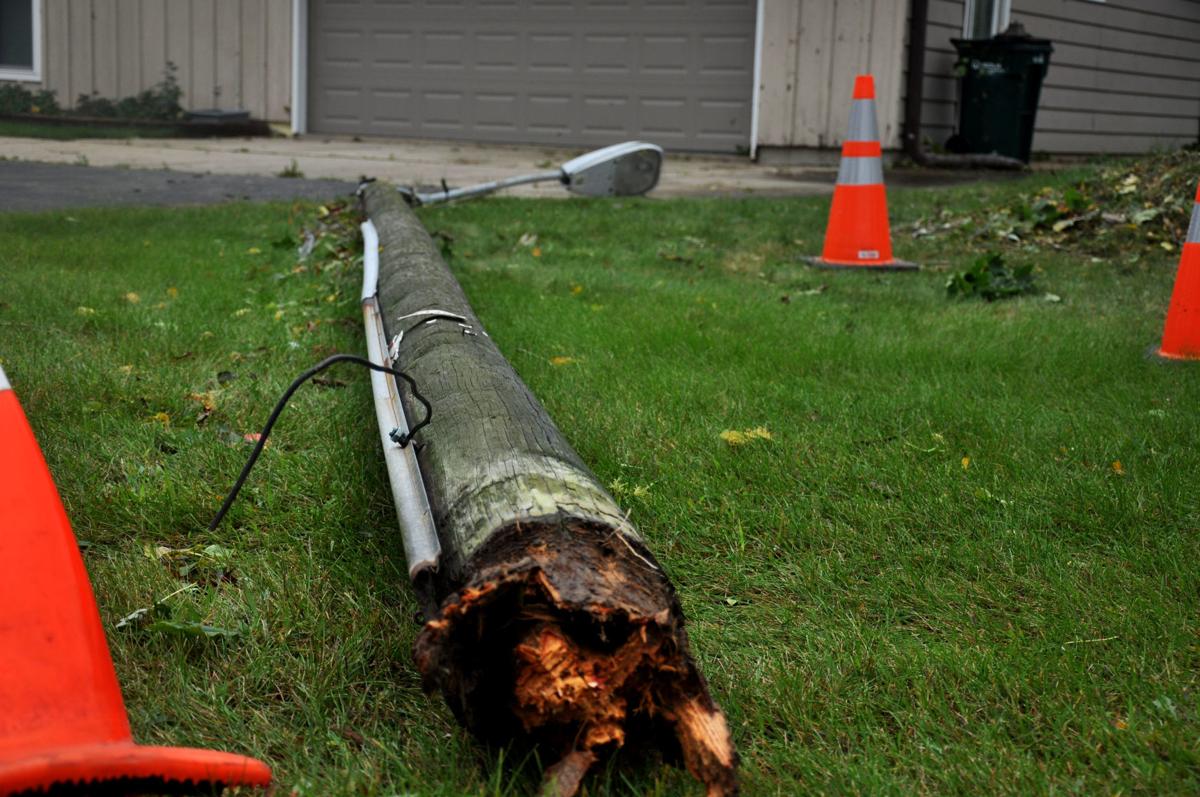 A downed lightpole on Endl Boulevard in Fort Atkinson. 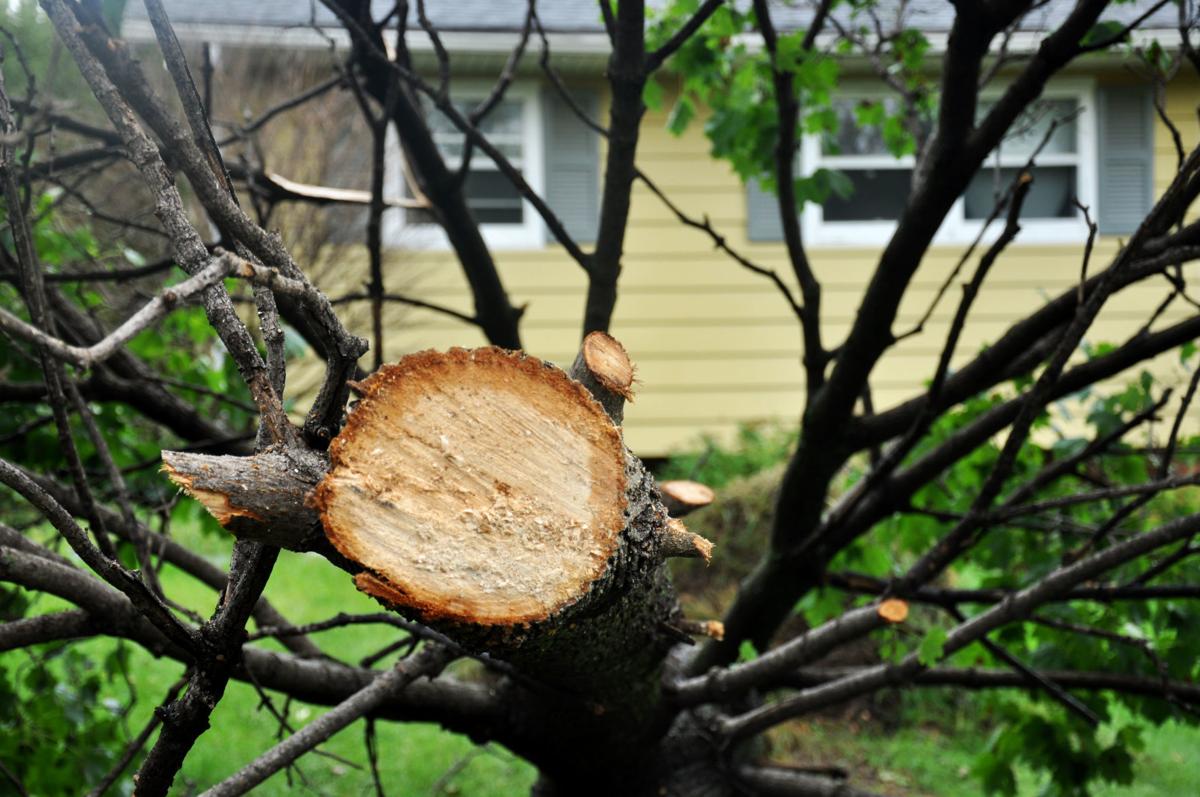 A downed tree in Fort Atkinson. National Weather Service meteorologists were in Fort Wednesday afternoon to determine if a tornado touched down and where it landed. 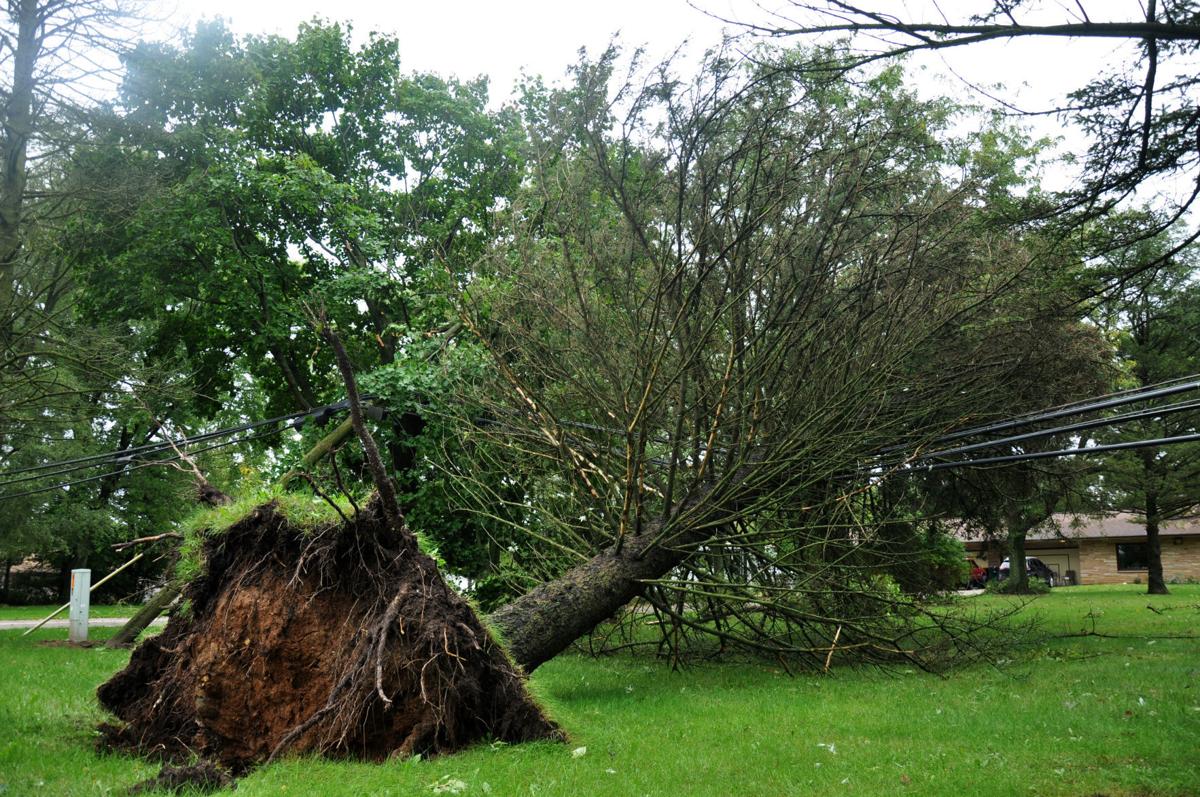 A downed tree rests on a communications and telephone wire. 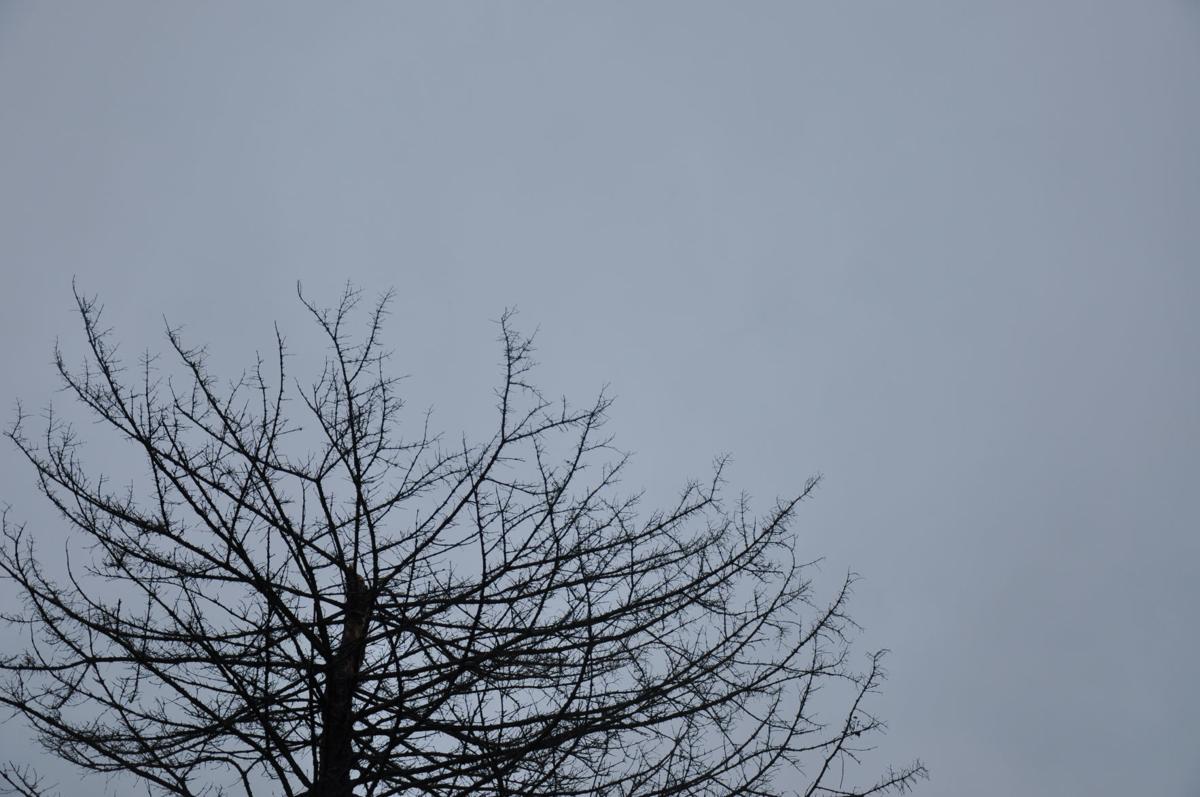 The top portion of this tree snapped off, with about 20 feet of it resting directly below. 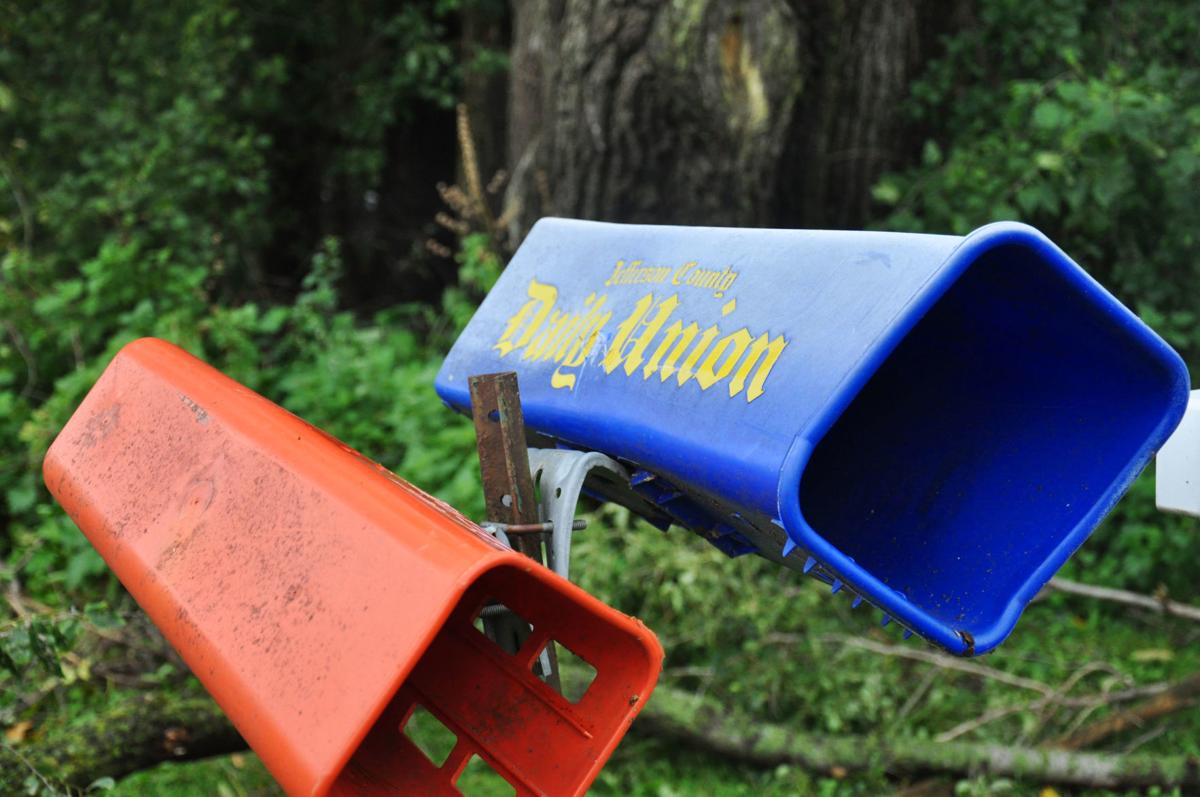 A Daily Union mailbox was bent after a falling tree landed on it.

A lightpole and tree were downed on Endl Boulevard in the wake of a powerful storm that blew through Fort Atkinson Tuesday evening.

A downed lightpole on Endl Boulevard in Fort Atkinson.

A downed tree in Fort Atkinson. National Weather Service meteorologists were in Fort Wednesday afternoon to determine if a tornado touched down and where it landed.

A downed tree rests on a communications and telephone wire.

The top portion of this tree snapped off, with about 20 feet of it resting directly below.

A Daily Union mailbox was bent after a falling tree landed on it.

After a powerful storm swept through southern Wisconsin on Tuesday evening, the National Weather Service was in Fort Atkinson Wednesday to survey the damage of possible tornado touchdowns.

In the Fort Atkinson area Tuesday night, a velocity couplet was spotted on radar — which is a common indicator of tornado activity. The survey crew was to determine whether a tornado touched down, where it touched down and what kind of damage it caused, Miller said.

A tornado warning was issued for the Fort Atkinson area about 9:30 p.m., ending at 10 p.m.

The storm moved from Lafayette County near Belmont east to southern Dane County around Belleville, continuing east to near Fort Atkinson into western Waukesha County, according to National Weather Service meteorologist Cameron Miller.

Roofs were damaged, windows were blown out and trees were knocked over in Fort Atkinson. Many trees reportedly were down on the south side of Fort Atkinson, in the area of Endl Boulevard, Highland Avenue and Nadig Drive.

More than 100 trees will need to be taken down and another 100 trees sustained significant limb damage, Rausch said. Ten cars were damaged due to falling trees and limbs.

Rausch said he expects more damage will be reported as the day goes on, saying these counts were just from the first damage assessment in the morning.

“I think we’re going to find more home damage,” Rausch said. “This is the first storm I’ve seen in my three years here with this much damage.”

As of 10 a.m. Wednesday, there were two power outages in Fort Atkinson affecting seven customers, according to We Energies. Rausch said the remaining outages were linked to problems on the properties and not because of downed power lines.

“All the addresses have been checked, electrical hazards have been handled and streets have been cleared,” Rausch said.

The Fort Atkinson Police Department, Department of Public Works, Town of Koshkonong and the Jefferson County Sheriff’s Office all worked with the fire department to make sure streets were passable.

Donna Haugom of Jefferson County Emergency Management said she is working with the National Weather Service (NWS) and the Fort Atkinson Fire Department to get a crude outline of the storm damage before going out to survey the area with meteorologists.

The weather service worked its way west through the storm path to assess the damage. Survey crews were on the east side of Waukesha County around 10 a.m. and arrived in Fort Atkinson about 1:30 p.m.

While waiting on the NWS crew to arrive in Fort Atkinson, Rausch said that Jefferson County Emergency Management would be flying drones over the path of the storm to get a sense of the impact.

A resident at the corner of Nadig Drive and Endl Boulevard was outside early this morning talking with an official from the Beaver Tree Service, who was getting information prior to taking care of the two full-size trees that had fallen on the property, right up against the house.

The resident declined to give his name, saying he did not want any more attention, but he noted that the weather damage in the neighborhood had created a traffic hazard as “gawkers” cruised through the area.

He said he had nearly been struck by vehicles a couple of times already that morning.

Additionally, he said he had seen ample examples of unsafe driving, including a woman who had run over the curb while taking photos out the window of her vehicle, with a young child in the car not strapped into a child safety seat.

“I’m thinking of calling the cops,” he said. “They need to start giving out some tickets.”

In addition to damage caused by possible tornado activity, there is some minor flooding in the area, according to Miller.

The Rock River and Lake Koshkonong have both risen to just over eight feet, according to the weather service Hydrologic Outlook. The flood stage for both bodies is 10 feet.

Meanwhile elsewhere in the state, the National Weather Service also was to be inspecting damage in Wales and Belleville Wednesday to confirm it was caused by tornadoes. WKOW-TV reports a possible tornado knocked down trees in Belleville, which caused a residential gas leak and led neighbors to evacuate to the local high school.