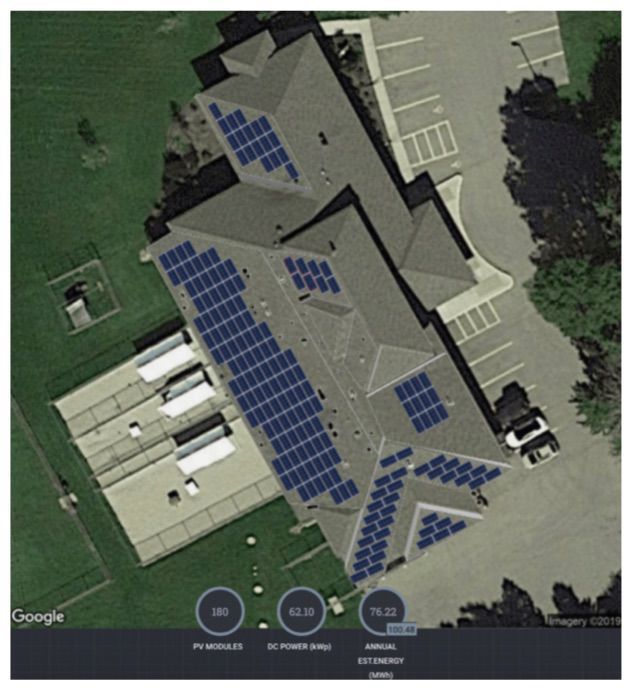 Above right, the Humane Society of Jefferson County provided this image of the planned solar installation on the top of its shelter building, work on which is expected to begin this spring. Above left is an image of the solar heat component of the installation. 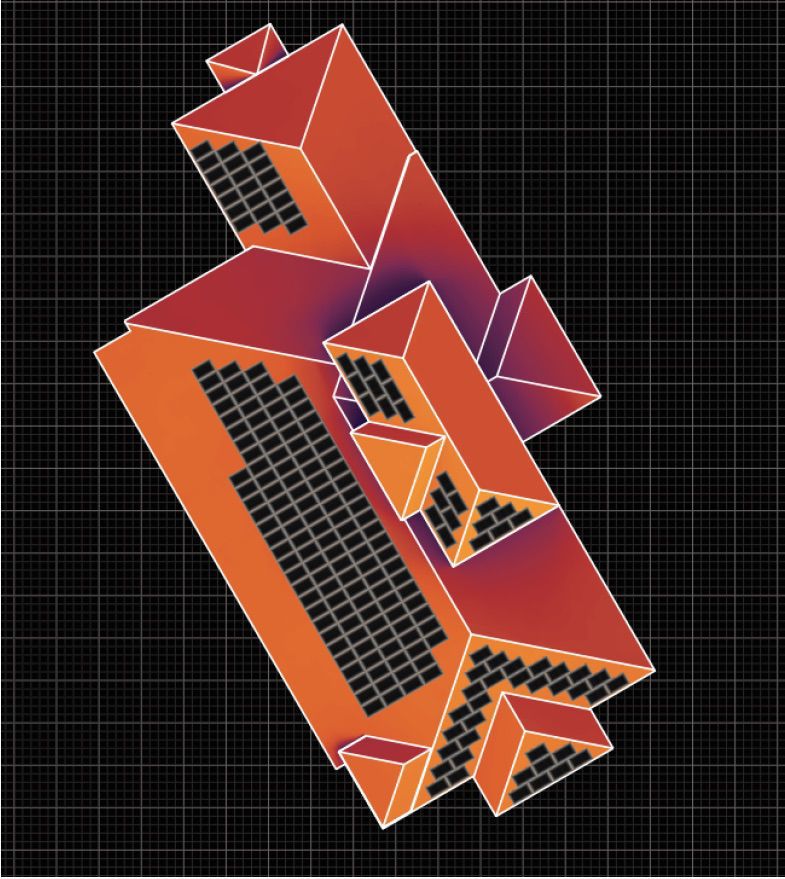 The Humane Society of Jefferson County provided this image of the solar heat component of the planned solar installation on the top of its shelter building, work on which is expected to begin this spring. 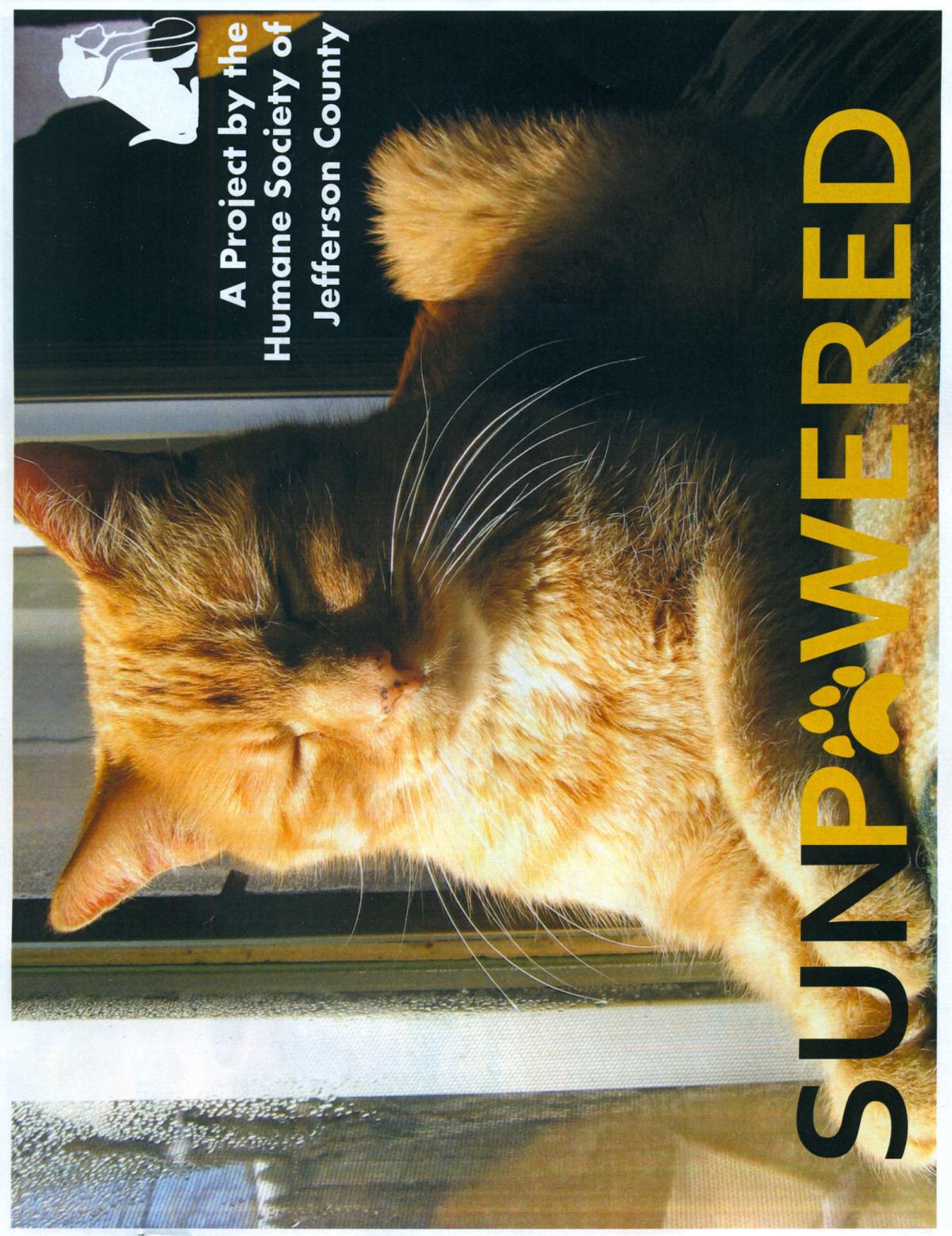 Above right, the Humane Society of Jefferson County provided this image of the planned solar installation on the top of its shelter building, work on which is expected to begin this spring. Above left is an image of the solar heat component of the installation.

The Humane Society of Jefferson County provided this image of the solar heat component of the planned solar installation on the top of its shelter building, work on which is expected to begin this spring.

JEFFERSON — An initiative that got rolling under the tenure of retired Humane Society of Jefferson County director Lisa Patefield and has continued under her successor, Jeff Okazaki, will boost energy efficiency, security and disaster preparedness at the local animal shelter.

The idea originated with Patefield and the Humane Society board members, who last year began looking into installing solar panels to reduce the shelter’s utility costs and to be more environmentally friendly.

Continuing under Okazaki, the society brought in a consultant who works exclusively on solar projects, and the cost-benefit turnaround came in much more favorably than initially projected.

In recent years, the price of solar panels has come down significantly, Okazaki said, meaning that the initial investment the Humane Society will have to make to install the panels will turn into an economic benefit in a shorter time than previously predicted.

Currently, Okazaki said, the shelter faces energy bills averaging $1,500 a month, noting that the nonprofit shelter spends around $20,000 a year on electricity alone to warm the kennels, heat the food and power the work staff and volunteers do with the animals.

“This should generate around 75 percent of our electric power,” Okazaki said, estimating the project will generate more than $240,000 in saved costs over the next 25 years.

“The most incredible benefit we’ll see from this project is that all of the savings in utility costs can immediately go back into caring for our animals,” he added.

As soon as work can start in the spring, Okazaki said, the Humane Society will begin installation of the 62.1-kilowatt system, which will be comprised of 180 solar panels, all on the roof of the existing shelter.

The shelter director said that the society made sure it employed “due diligence” in the lead-up to the project. That having been done, preliminary infrastructure work could begin within the month, with actual installation slated in May.

All of the panels will be located on the roof of the existing building, angled and situated to get the maximum amount of sunlight. They will be facing the back side of the building, so there will be no reflections onto the road or parking area.

Meanwhile, using roof space for the solar panels preserves the grounds of the 6.2-acre property for other uses, including additional dog runs.

“If the shelter paid for this project entirely out-of-pocket, it’s projected to take a little less than 10 years to make a profit on it,” Okazaki said. “However, we’ll be well ahead of that, thanks to the support of the Fort Atkinson Community Foundation and other donors.”

The Fort Atkinson Community Foundation is the single biggest backer of the project, having pledged a $60,000 matching grant. That means that the foundation will cover up to half of the project cost, providing that other donations can be secured to cover the other half.

Other organizations and individuals have begun stepping forward with smaller donations toward the effort, and the Humane Society is working on a link which will allow people to donate directly from its web page, located at HSJC-wis.com.

Other major donors that have stepped forward thus far include the Lake Mills Area Community Foundation and the Solar for Good Foundation. Focus on Energy, a consortium of Wisconsin utility companies, also is supporting the project.

“We are looking to raise the rest from small donors,” Okazaki said, noting that about $20,000 still is needed, and excess contributions will go directly to support animal care.

The entire project has come together pretty quickly, he said. How swiftly it proceeds this spring will be dependent, as always, on weather conditions. Meanwhile, the associated fundraising campaign will continue until all of the funds are secured.

Supplying the panels will be Speed Solar of Deerfield, while Wes Engineering of Madison will oversee the installation.

While the main goal of the project is to increase the shelter’s energy efficiency, the initiative will have side benefits, as well, Okazaki said.

One of these will be disaster preparedness.

This solar system will allow the shelter to generate power even if the grid goes down, he said.

It also will provide the opportunity for the shelter to play a greater role in assisting local residents and their pets in the event of a disaster.

“We see this solar project as a major piece of our effort to serve the community in the event of a natural disaster,” he said.

“We have approached the Jefferson County Emergency Management Office to offer our building as a sheltering site for families with pets who need to evacuate,” Okazaki said.

Another obvious benefit is that the project will help reduce the local shelter’s carbon footprint, saving more than 1,700 tons of carbon dioxide emissions. That’s equal to about 107,300 miles driven by an average passenger vehicle each year for 40 years.

For more information on the project, corporate sponsorship, or donation opportunities, people may contact Okazaki at Jeff@HSJC-wis.com or by phone at (920) 674-2048. Checks written to “HSJC” may be sent to W6127 Kiesling Road, Jefferson, WI, 53539.

Serving communities since 1922, the Humane Society of Jefferson County helps save, serve and provide “forever homes” to more than 1,000 animals in need each year.

Years before it was able to pay back its cost in energy savings, the wind turbine on the Madison Area Technical College-Fort Atkinson campus i…