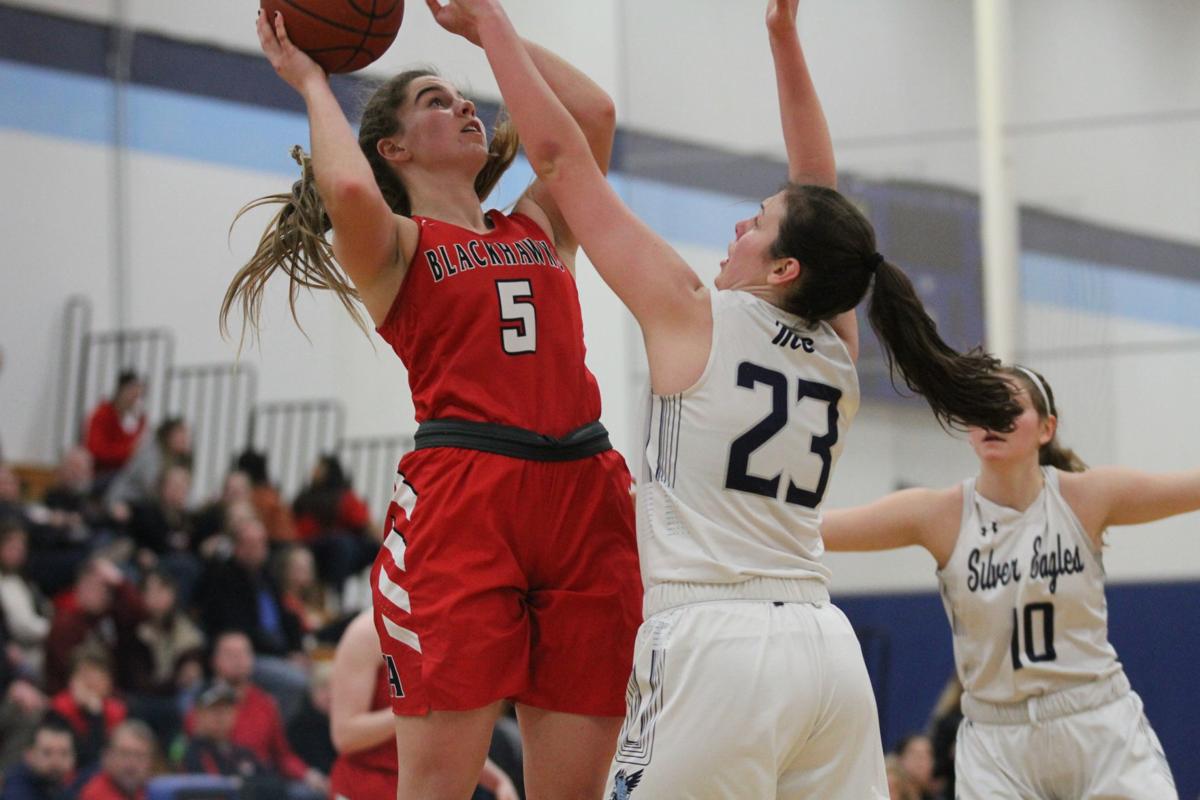 Sophomore Natalie Kammer, left, tries a baseline jumper for Fort Atkinson in its 80-46 loss to Monona Grove on Tuesday night. 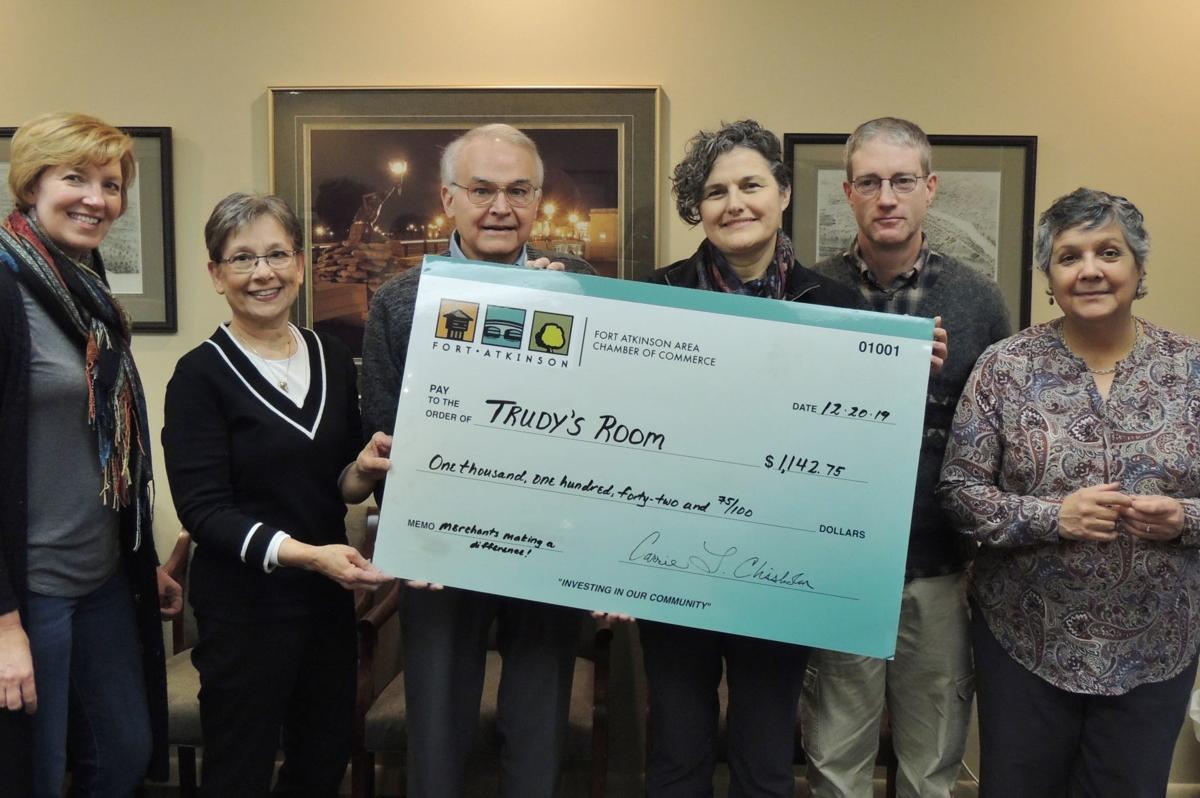 As part of the annual Fort Atkinson Holiday Open House and Market on Dec. 7, purchases made at participating retailers supported this year’s Merchants Making a Difference designee, Trudy’s Room. Local residents and visitors shopped Fort Atkinson retail establishments during this event, and in return, the merchants gave back a portion of their sales. A total of $1,142 was donated to assist with the mission of Trudy’s Room, which is dedicated to fostering the well-being of infants and children by distributing donated furniture, clothing, diapers and other basic supplies to families in the Fort Atkinson area who qualify. Located on the third floor of First United Methodist Church in Fort Atkinson, Trudy’s Room invites families to visit up to three times monthly to receive diaper and wipe packages. Named in memory of the late Trudy Tuttle, Trudy’s Room is open on Tuesdays, from 1 to 3 p.m.; Wednesdays, from 5 to 7 p.m.; and Fridays, from 10 a.m. to noon. Clean, gently-used items may be left at the church office Monday through Friday, from 9 a.m. to 4 p.m., and cash donations always are welcome. Pictured above are, from left to right — Carrie Chisholm, Fort Atkinson Area Chamber of Commerce executive director; and Trudy’s Room founders, Becky and Jon Tuttle, Lisa Tuttle Woods and William Woods, and Marianne Bardenwerper. Not pictured are additional Trudy’s Room founders Anne and Jim Wesner, Mary and Earl Humphrey, and Mark Bardenwerper.

It's Thursday, Jan. 9, 2020 and here's everything you need to know to start your day in Jefferson County.

1. The ballots for April's spring elections are set after the filing deadline passed Tuesday night.

There are open seats across Jefferson County, including a scrum in Palmyra that will require a primary in February.

For the full list of candidates for city councils, county board, village and town boards and school boards, read here:

2. The former Belmont Casino is expected to reopen in March under a new name and ownership.

The bar, which closed this fall after a foreclosure, was purchased by Arben Useni and his restaurant group at auction in November.

The bar's new name will be Tavern on Rock.

For more on the new bar and Useni's plans for the space, read here:

3. Drainage problems at the Koshkonong Estates development in Fort have slowed construction in the area.

The city has decided to step in and has begun the process for installing a pipe system to move water away from the area.

The slowed construction has a potential to impact the city's desperately needed housing growth.

For more on the project, read here:

For more on the games around the area, read here:

Transcript of Trump's remarks at White House on Iran

A transcript of President Donald Trump's remarks Wednesday on Iran, as released by the White House:

Photo of the Day: Trudy's Room