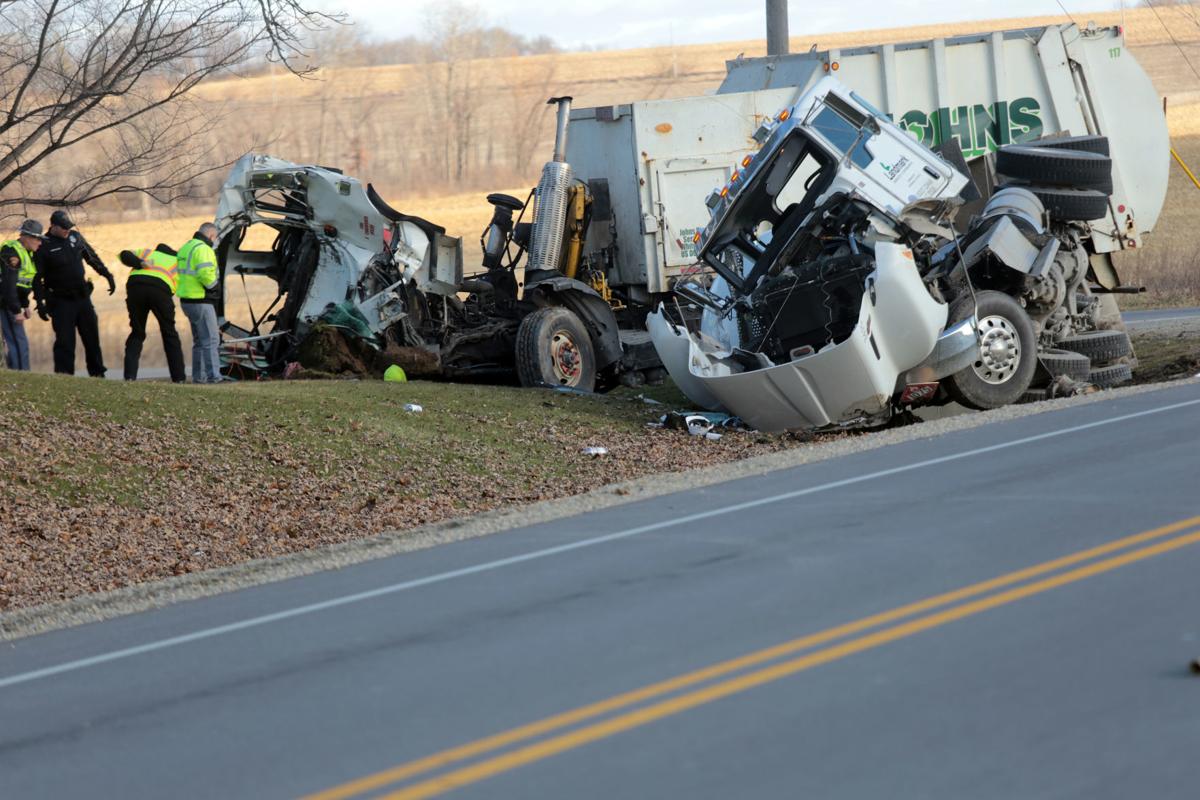 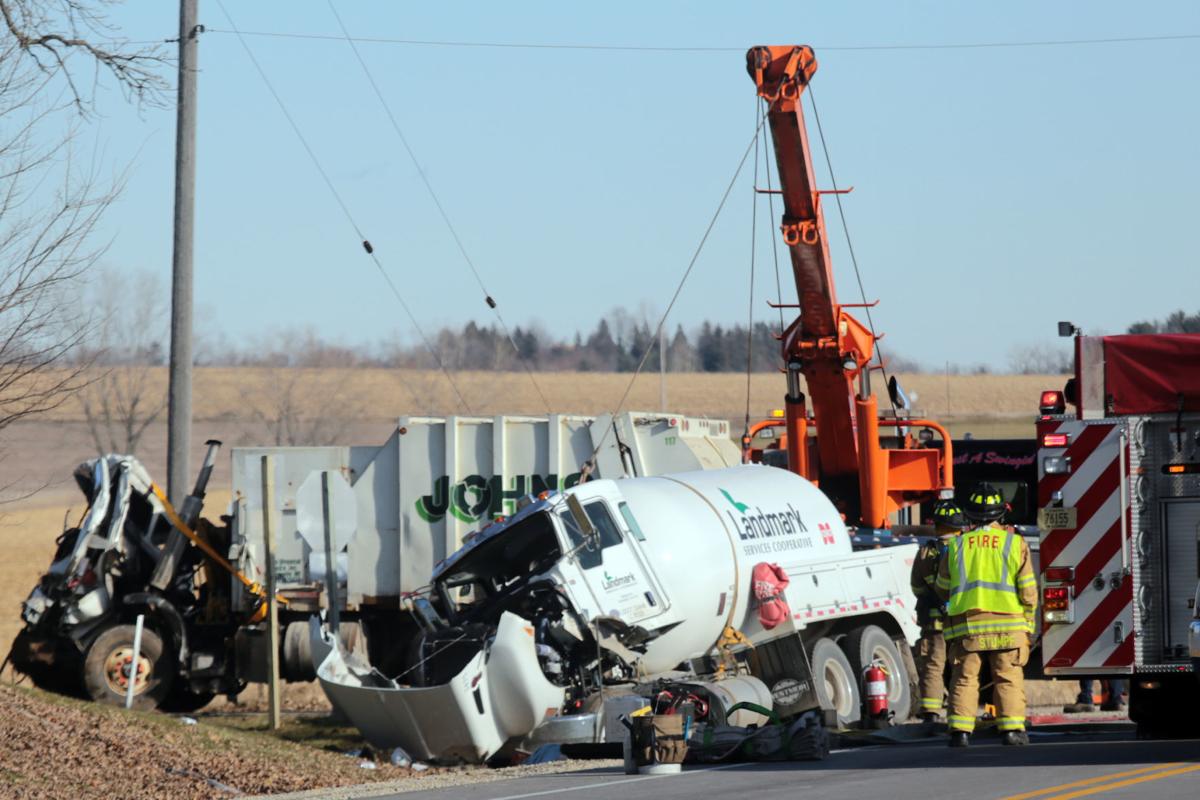 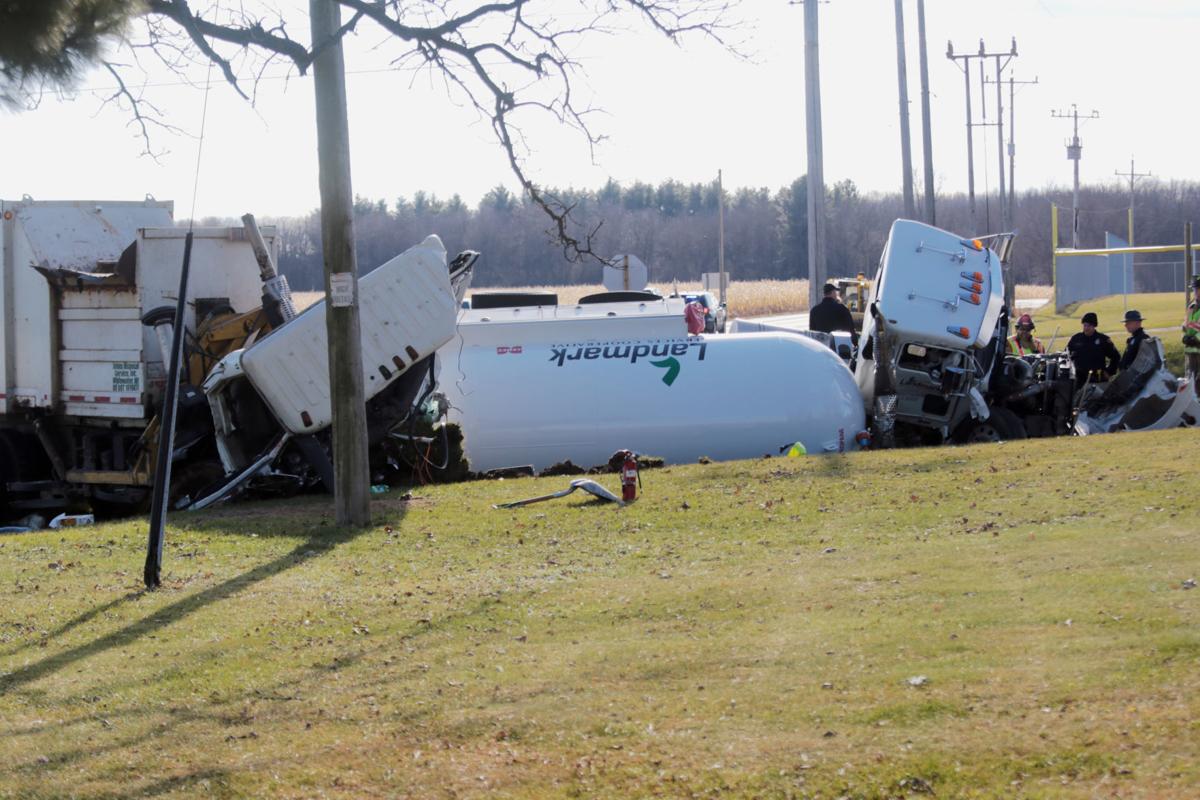 FARMINGTON — Two truck drivers were recovering Monday from serious injuries they sustained when their vehicles collided Friday at 9:15 a.m. at the intersection of County Highways B and D in the Town of Farmington.

According to the Wisconsin State Patrol, the driver of the first vehicle, Paul Rue, 38, of Jefferson, was driving a garbage-collection truck for John’s Disposal of Whitewater, while Charles Watkins, 49, of Janesville, was operating a liquid petroleum or propane tanker truck for Landmark Services Co-op, based in Evansville.

The Wisconsin State Patrol reported that Rue was westbound on Highway B, approaching its intersection with Highway D and Watkins’ LP tanker was northbound on Highway D, approaching Highway B. Watkins said he stopped at the stop sign at the intersection and looked both ways, but did not see the westbound vehicle. He then pulled into the path of Rue’s truck and the collision occurred.

The garbage truck ran off the roadway and the LP tanker ended up on its side at the intersection.

Watkins was cited for failure to yield the right-of-way.

The Johnson Creek Fire & EMS was called to the scene, finding both trucks severely damaged and off the roads on the northwest corner of the intersection.

Able to communicate with the driver of the LP tanker, firefighters learned that the truck was carrying 2,400 gallons of fuel at the time of the collision. That truck had rolled on its side, however and had leaked an undetermined amount of diesel truck fuel.

“While Johnson Creek Fire initially contained the diesel fuel leak, the Jefferson County Highway Department arrived with a crew and sand to soak up and reclaim leaked fuel,” the Johnson Creek Fire & EMS reported. “The integrity of the liquid petroleum tank remained a primary concern, requiring two large tow trucks from Topel’s Towing of Lake Mills to right the vehicle. Two additional liquid petroleum tankers arrived and were used to offload the liquid petroleum fuel from the damaged truck.”fA representative of the Wisconsin Department of Natural Resources arrived to consult on the incident.

A representative of the State Patrol called the incident a “time-consuming crash” to handle, adding that it was a lucky thing it was not worse, given that a fuel tanker was involved.

One home at the intersection was evacuated as a precaution. County Highway B was closed for more than four hours while the scene was cleaned up and the incident was studied.

The Jefferson County Sheriff’s Office and the Wisconsin State Patrol were on the scene to initiate an investigation and help control traffic. Members of the Lake Mills Fire Department arrived with the Jefferson County HAZMAT trailer.