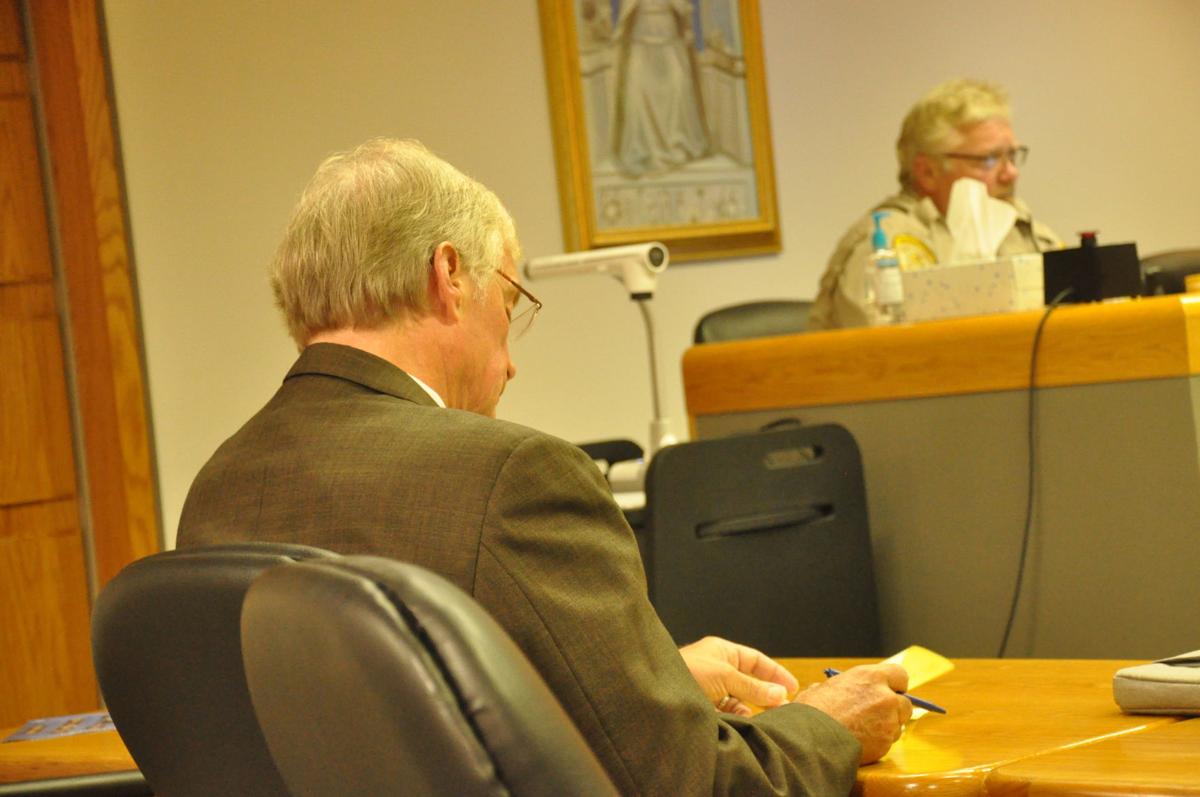 Rev. William A. Nolan spent most of his trial's second day taking notes of the preceedings. 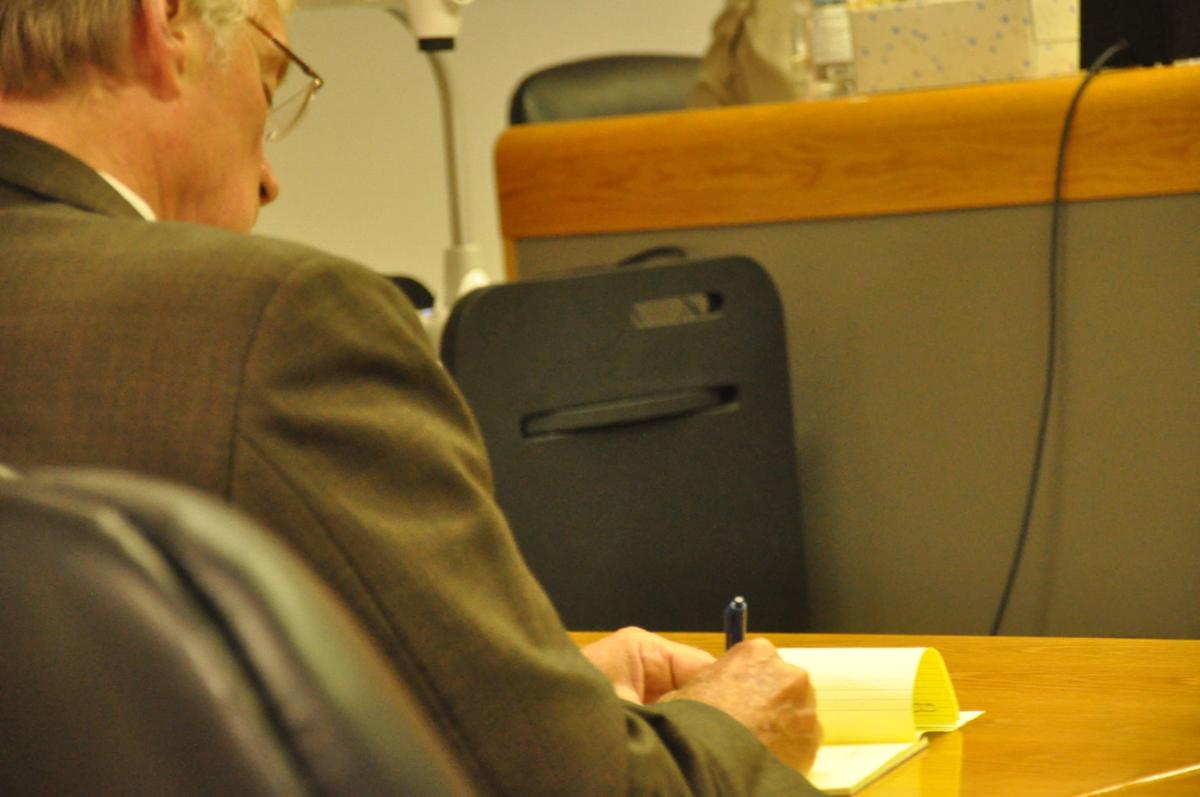 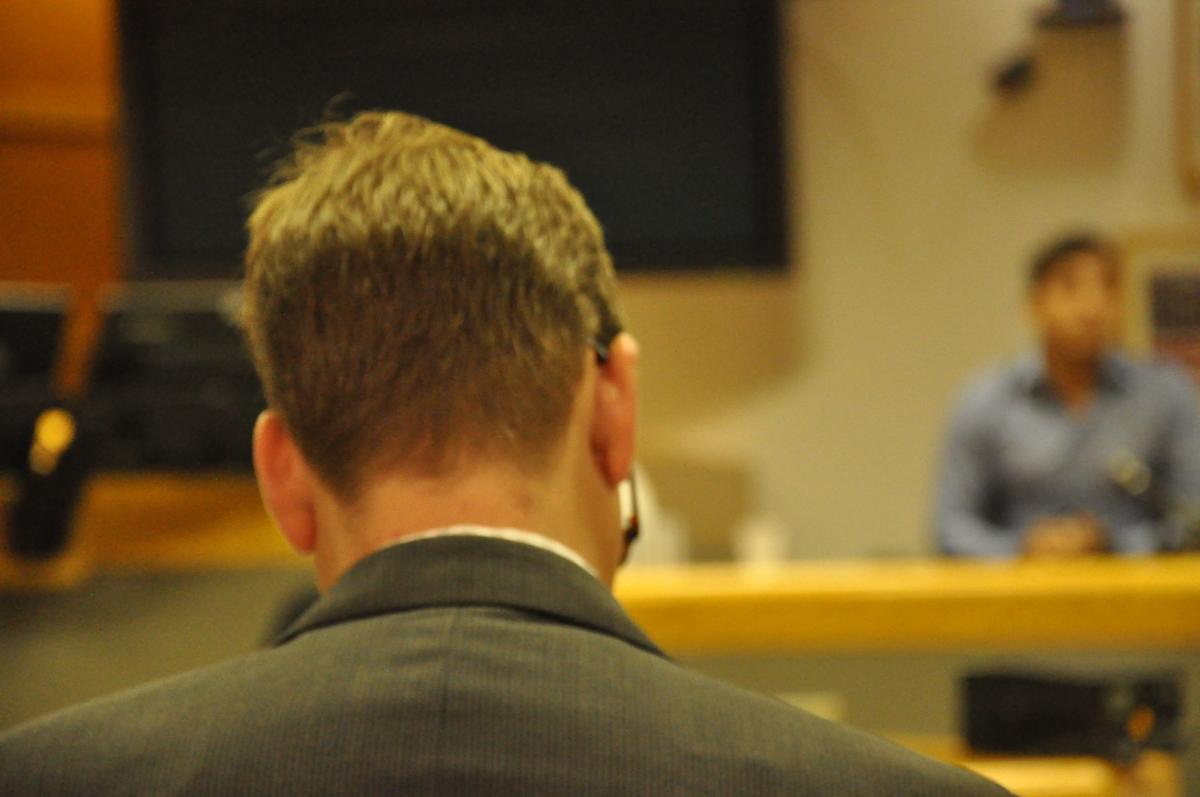 Defense Attorney Jonas Bednarek looks on as the victim testifies in the molestation trial of former priest William A. Nolan. 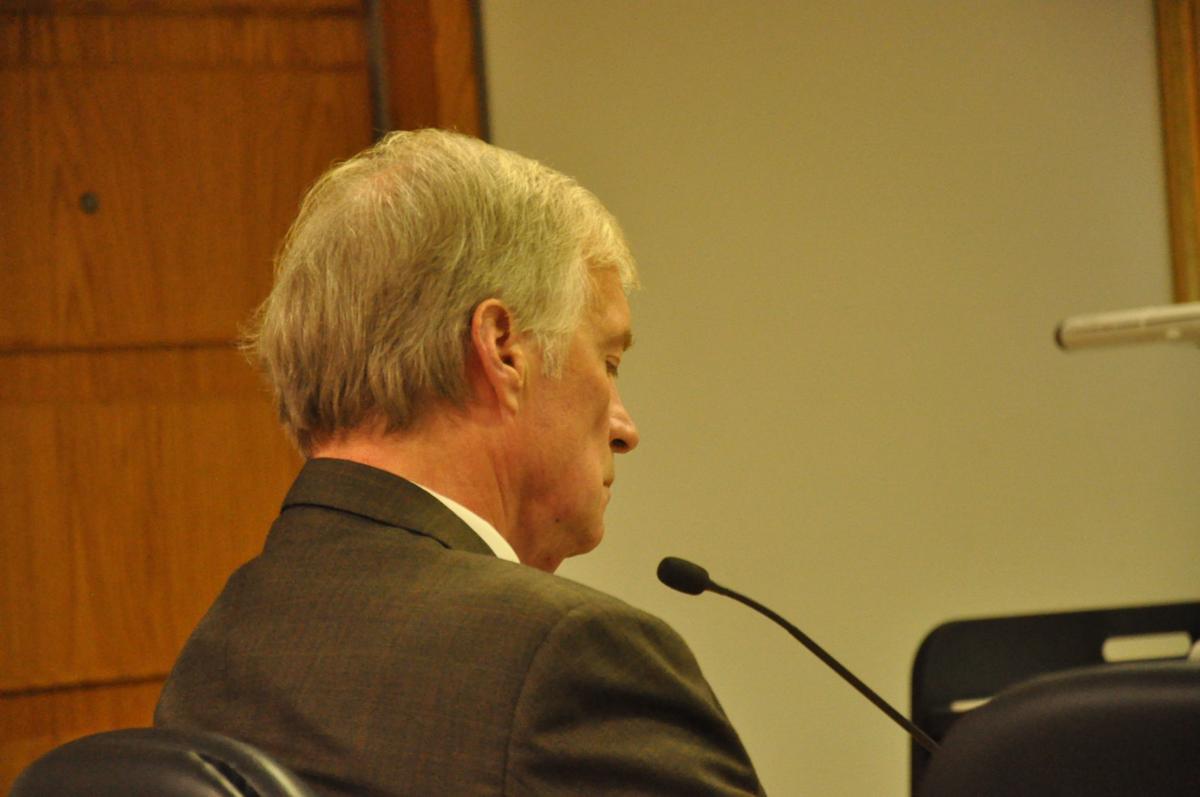 Rev. William A. Nolan spent most of his trial's second day taking notes of the preceedings.

Defense Attorney Jonas Bednarek looks on as the victim testifies in the molestation trial of former priest William A. Nolan.

JEFFERSON — More than five hours after swearing to tell the truth, the alleged victim stepped down from the witness stand Tuesday in the molestation trial of former Fort Atkinson priest William A. Nolan.

His testimony was at times graphic, sometimes tense and, yet at other times, dove deep into the nitty-gritty details of dates and times of certain events.

The man, who is now 26, testified about a number of instances in which he said he and Nolan engaged in sexual contact while the he was in grades 7-10.

If convicted, Nolan will face a maximum sentence of 40 years for each of the six counts of sexual abuse of a child under 16.

As the trial entered its second dayt, Jefferson County Assistant District Attorney Brookellen Teuber started her questioning by getting the alleged victim’s background and walking through his childhood — and the insecurities that came with along with it.

The victim said he was adopted at age three and felt insecure about looking different from his parents. He testified that his parents did not always attend his sporting events and extracurricular activities.

He said he also was insecure, because from the age of six, he was more interested in boys than girls. That especially was the case while in middle school, when he would check to make sure he wasn’t walking or talking in a certain way.

“My homosexuality was my main (insecurity),” the victim said. “I constantly was checking my voice to see if it was too high.”

After covering the alleged victim’s mental state in middle school, Teuber started to broach the topic of his relationship with Nolan and how that formed.

“Who is Father Bill to you?” Teuber asked.

He said he started to get really close to Nolan after becoming an altar server and felt very comfortable around the priest. He said he even asked Nolan about homosexuality.

“I remember leaving the conversation thinking, ‘he’s accepting of it,’” the victim testified.

The man told the court that it was around this time when he started to develop a crush on Nolan, saying, “he was charming, attractive and really nice to me.”

He then started to describe the different sexual encounters he had with Nolan.

The first instance occurred in February of the victim’s seventh-grade year, the man alleged.

“I remember the noises ... the soft breathing,” he said. “ I was conflicted. I was mad, but more of it was happy. That was my first time doing anything sexual with anybody. It was exciting. I really enjoyed it.”

After that first instance, the encounters — which involved either oral sex or genital touching — happened at least 100 times, the alleged victim said.

He said the two would meet weekly and often more than once a week. These meetings usually happened in Nolan’s office bathroom and he said that he would lie to his parents or teachers just to be with Nolan.

From there, Teuber asked the victim about other times the two met up. He described hiding behind a tree during a cross-country practice in the woods at Dorothy Carnes County Park, being under a blanket on a school bus headed back from a youth group ski trip and in Nolan’s car in the St. Joseph’s parking lot.

In addition, the man described how he would sneak out of class or a Boy Scout meeting to get to Nolan’s office, and how the two would kiss while both were in the sacristy behind the altar during Mass.

But through all of that, the alleged victim said, he did not feel like he was, in fact, a victim.

“It felt like it was mutual, because most of the time, I sought it out myself,” he testified. “At no point did I feel like I was in danger.”

After Teuber went over why the man came forward and reported the alleged crimes, even though he had said he didn't want to get Nolan "in trouble," defense attorney Jonas Bednarek began his cross-examination of the witness.

Bednarek dove right into the specifics of everything the victim has ever said to police, to the jury and to Teuber about the encounters with Nolan.

The defense attorney said there were inconsistencies between what the victim told Fort Atkinson Police Department Detective Lisa Hefty in their first conversation, what he told her in subsequent conversations and what he had said in court.

“So we've got roughly three different versions of that incident,” Bednarek said.

Bednarek then moved to the specific details of encounters. He said the victim had changed what he said about some of these specific encounters.

“In many, if not all, of the allegations,” Bednarek said, “you’ve been consistent in that you’ve changed circumstances.”

Bednarek also went over how the victim was able to enter and exit the church portion of the St. Joseph's  building, when the doors separating the church and school were supposed to be locked at all times.

Both the victim’s mother and father testified about how they thought their son’s relationship with the priest was at times a little “unusual,” but that they didn’t think anything else of it until their son told them in 2018.

Olive Gross, who said she was a personal friend of Nolan’s, testified about the layout of the church building, her ability to monitor Nolan’s office for incoming and outgoing traffic and the procedures of the school.

Gross said she never took a vacation or sick day in her 14 years of working at the parish and thought she would have seen if a student were walking by to Nolan’s office. She also said she never had seen the victim go in or out of the office.

The day ended with the testimony of Marla Goihl, another friend of Nolan’s, who volunteered for the parish in a number of ways.

Goihl was in charge of scheduling the altar servers while the alleged victim was in that role during middle school. She testified that it was possible to volunteer to serve at Mass if someone who was scheduled didn’t show up — which, the victim said, he did often to see Nolan.

Nolan’s trial is scheduled to continue Wednesday at 8:15 a.m.

A retired former Fort Atkinson Catholic priest is expected to face allegations of sexual assault that occurred during his tenure at St. Joseph…