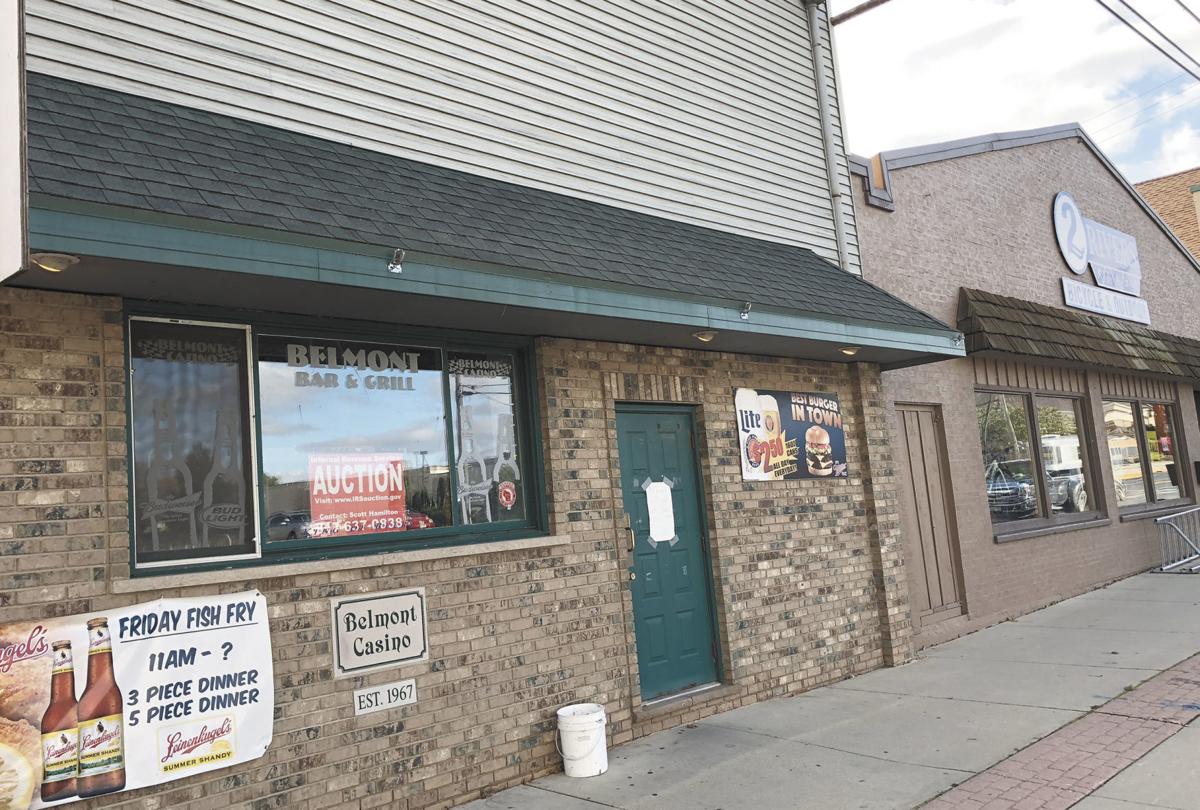 The Belmont Casino Bar and Grill that closed in downtown Fort Atkinson this fall is still for sale after no bids came in to match the set price during a public auction sale Tuesday. 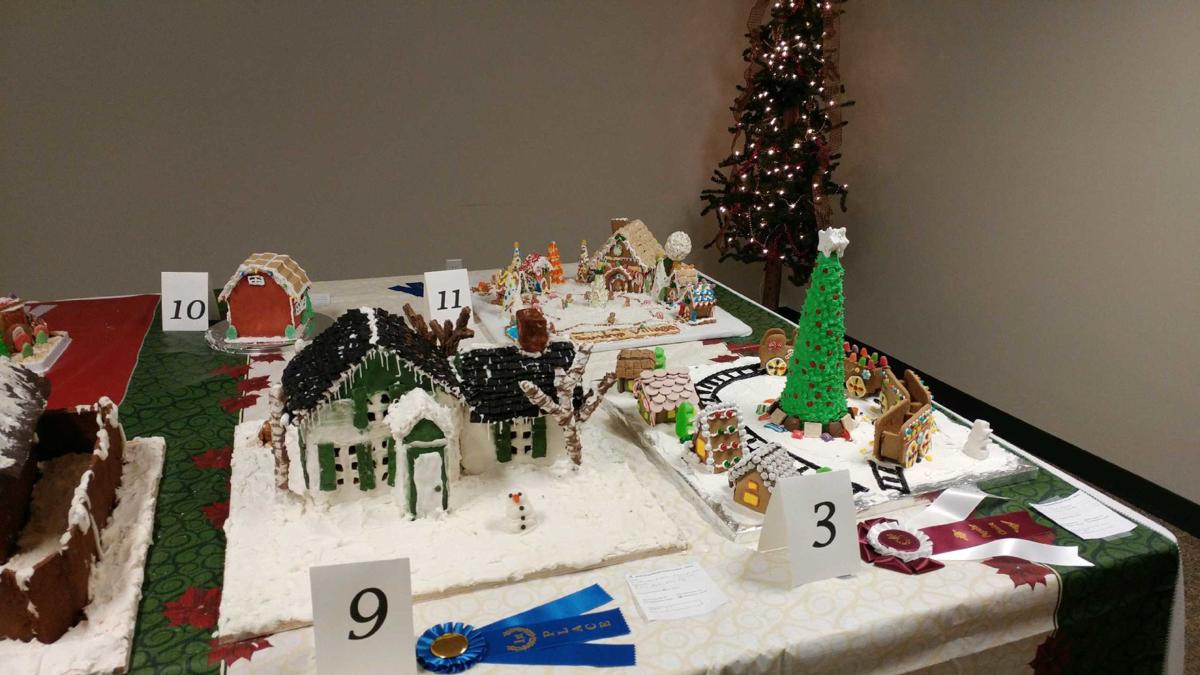 Spend the holidays with the Hoard Historical Museum in Fort Atkinson. Come to the Hoard Museum’s Winter Workshop to make natural bird feeders on Saturday, Nov. 30. Enter the Hoard Historical Museum’s Gingerbread House Contest and enjoy the museum’s annual Holiday Open House registration on Dec. 14. Shown here are past entries to the contest. For more information, contact the Museum at 920.563.7769 or download the Gingerbread House Contest rules and registration forms from www.hoardmuseum.org.

It's Wednesday, Nov. 19 and here's what you need to know to start your day in Jefferson County.

1. An expansion of internet access, may be down the pipeline if Jefferson County government is able to secure a grant from the Wisconsin Public Service Commission.

The Broadband Expansion Grant aims to bring increased service to people living in unserved and underserved areas in Wisconsin.

The county has plans for a $3.5 million project that would cover a huge swath of area residents, farms and businesses. The grant application is expected to request about $1.5 million from the state, the rest will be covered by $250,000 from the county budget and contributions from Netwurx Internet and Bertram Communications.

"This is the infrastructure of the future," Wehmeier said.

To get plugged into this story, read here:

This story incorrectly stated Jefferson County, rather than the Town of Watertown, received …

2. The Belmont Casino Bar has a new owner after he was sold to restaurant group, Arbenbekim LLC, for $154,000 in an auction run by the IRS.

The Belmont Bar and Grill at 29 Sherman Ave. had been a staple in downtown Fort Atkinson for decades. The building has a restaurant, drive-through window and a one-bedroom studio apartment on the second floor. The adjoining parking area was included in the sale.

IRS representative Scott Hamilton said last month that the property is a traditional foreclosure. The former owner, Richard Halverson, faced a lawsuit in Federal Court in August 2016 for unpaid taxes dating back to 1998. According to court documents, Halverson eventually filed taxes for the years 1998-2004 and 2006 to 2011. The filing also showed unpaid taxes due. The outstanding tax liability was approximately $199,000.

Hamilton said the property went through bankruptcy and did not sell.

For more on the Belmont, read here:

3. Fort Atkinson Police Chief Adrian Bump is one of two finalists for the job of Sun Prairie Police Chief.

Bump will participate in a meet-and-greet this Friday with city leaders and other community members.

Bump has been at the helm of Fort PD since 2014 when he came from the campus police department of the University of Wisconsin-Milwaukee.

Bump declined to comment, but for more information on his candidacy in Sun Prairie, read here:

4. West Elementary School teachers in Jefferson have started a new program that lets them share bedtime stories with their students — through Facebook.

From now until May, three Fridays a month, a video of a teacher reading will be posted to the school's Facebook page.

The idea is to connect families at home to what's happening in the classroom, according to third-grade teacher Michelle Powers.

“We are so excited about working together to find a way to help every single student discover a love of reading,” said Deb Ebel, reading teacher at the school.

For more on the virtual bedtime story program, read here:

JEFFERSON — There are new apps that can read your child a bedtime story. But why use an app …

In Sports, two area high school athletes are enjoying a lot of success.

In Whitewater, swimmer Ella Houwers said she had about 48 hours to celebrate her latest state title before she was back at it.

The junior won her second straight Division 2 state title in the 100-yard breaststroke. She added a runner-up finish in the 200 individual medley and was on the Whippets’ 200 medley relay team that finished sixth and earned a spot on the podium.

“The biggest improvement this year was in my technique and endurance,” Houwers said. “Now, I have to take the next step before next season and get even better with those two things.”

While Houwers said she's just starting to garner some interest from collegiate programs, Johnson Creek runner Hannah Constable is set to head to the University of Minnesota.

The senior signed her National Letter of Intent (NLI) to attend Minnesota Monday.

Those achievements drew the attention of several smaller college programs, but Constable had bigger aspirations.

“I had always thought, what if I went somewhere crazy, like the Big Ten?,” Constable said. “That’s always been my dream. The fact that it’s actually a reality is just so crazy, and it’s amazing. I still can’t believe it, at all. A lot of colleges, a lot of D-III schools were recruiting me. The thing they always said was, ‘You can still be top here, you can still have competition and you can be the top level of our team.’ That is something that, it was good to hear that, but it wasn’t what I was looking for.

For more on Houwers and Constable, read here:

WHITEWATER — Ella Houwers figured she would have about 48 hours to enjoy her latest state title.

JOHNSON CREEK - Hannah Constable is kind of done with being special.

Photo of the day: Gingerbread!