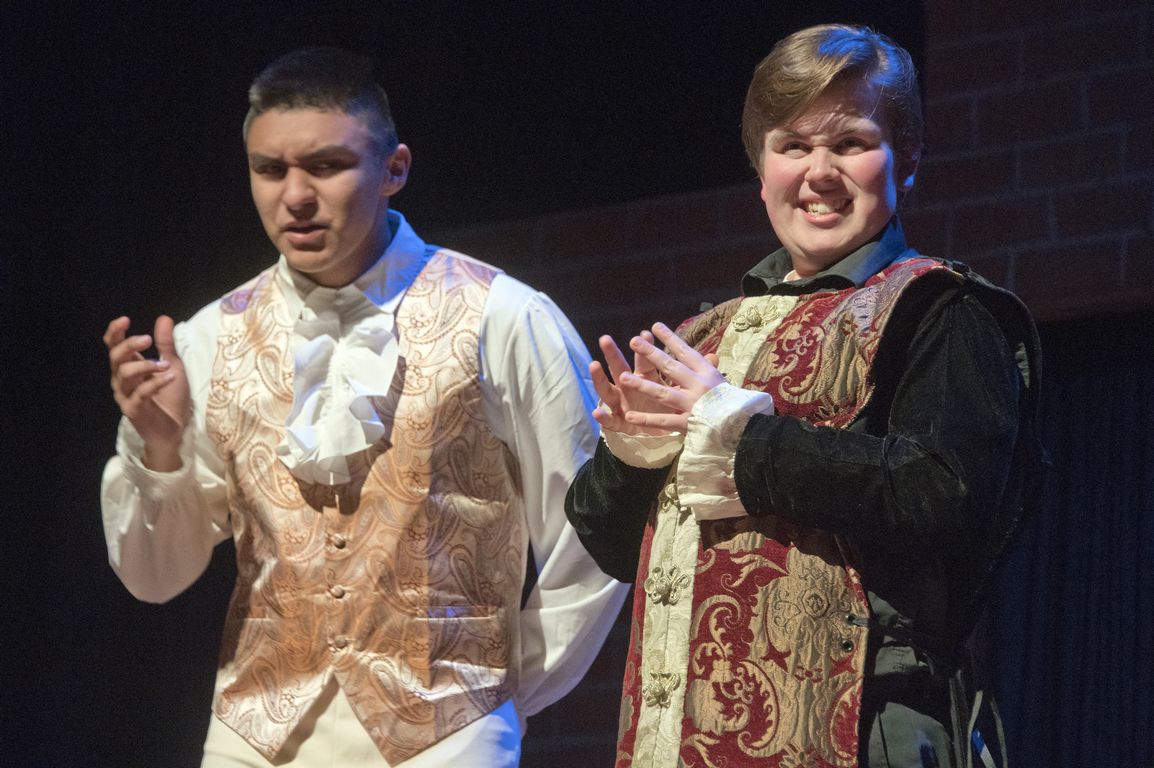 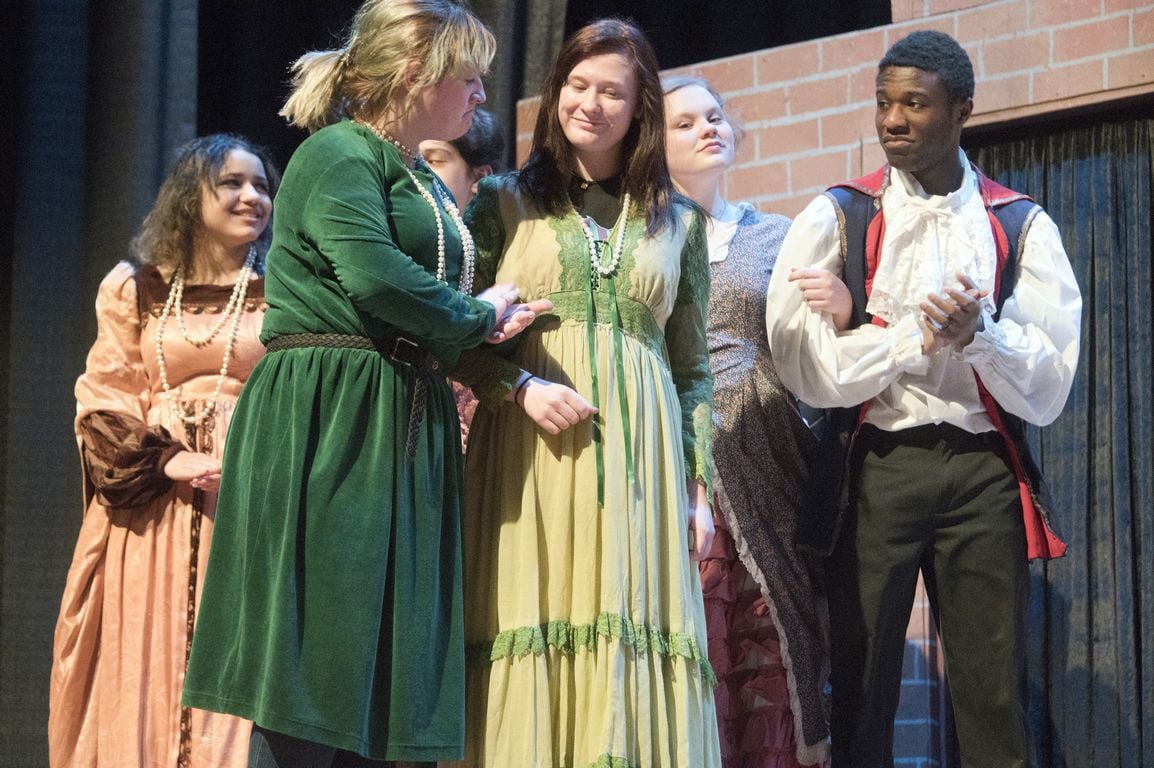 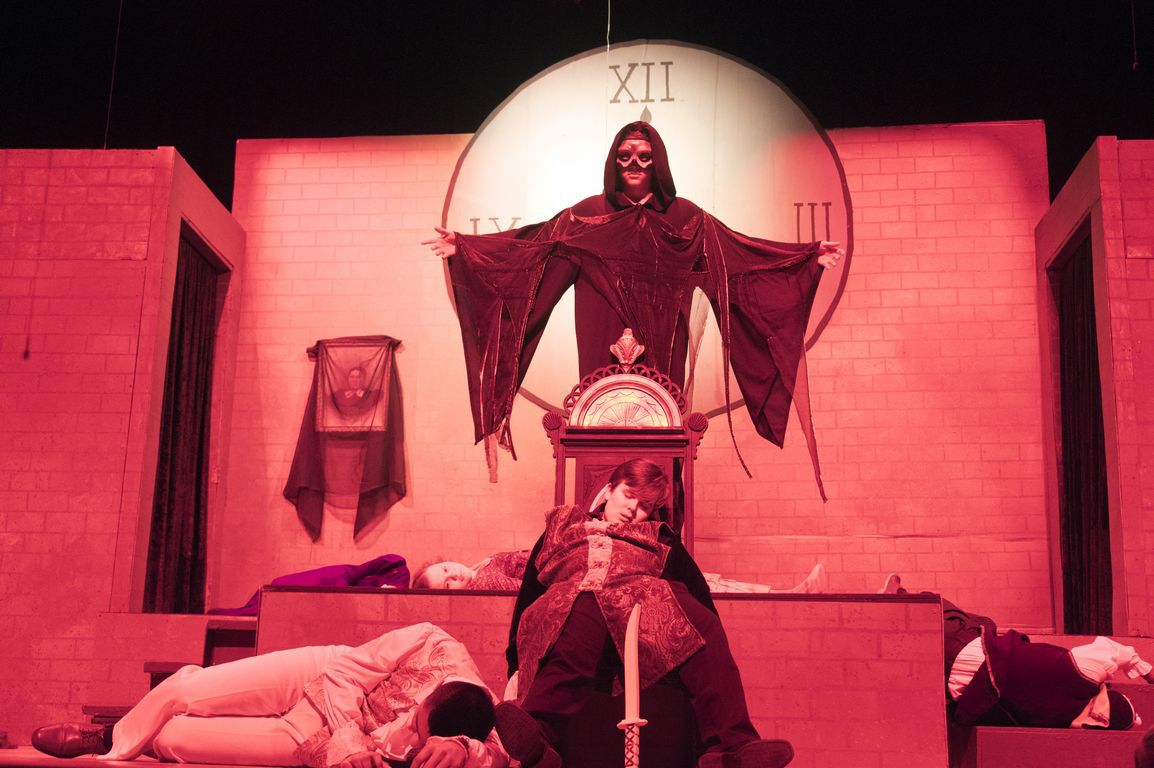 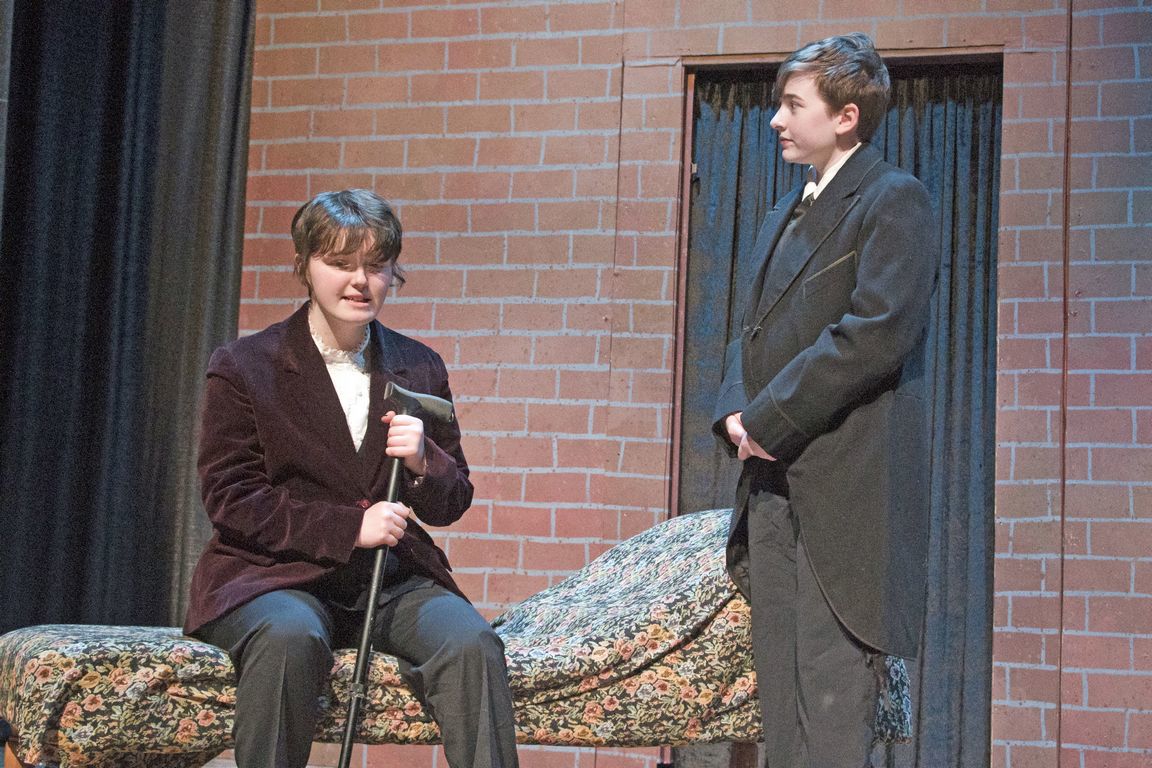 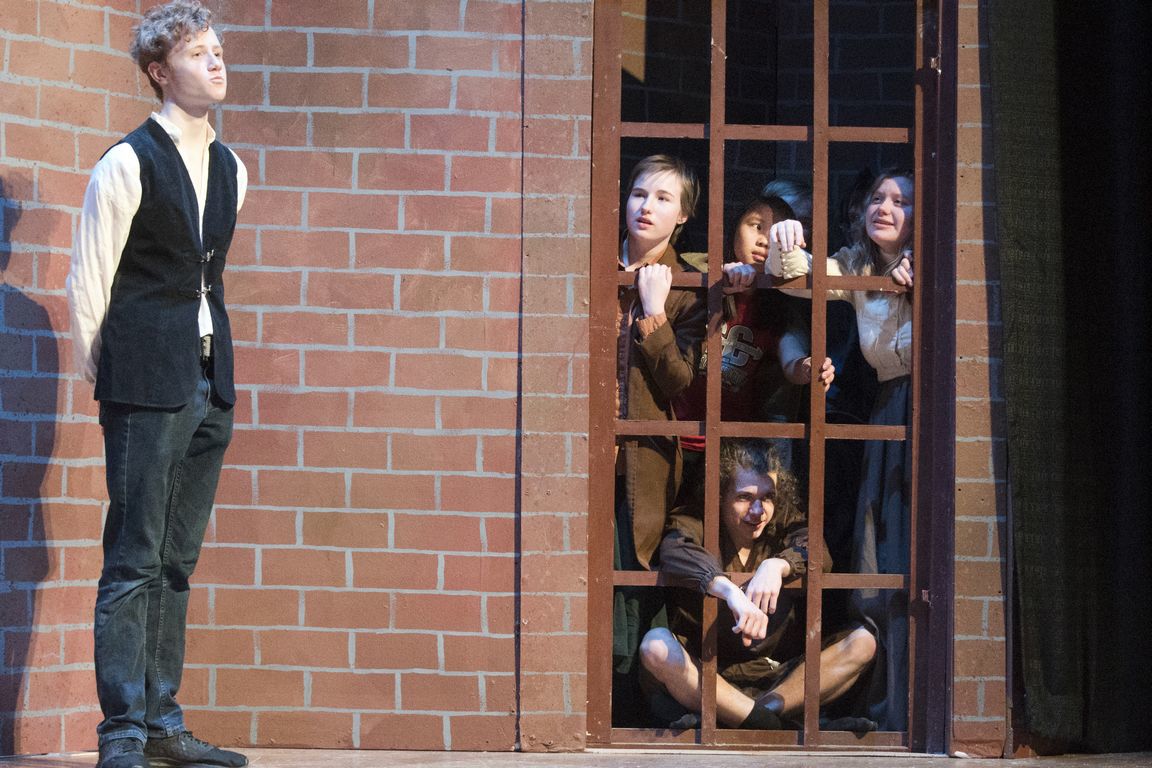 WHITEWATER — It’s opening night for the Whitewater High School Players’ production of “Tales of Poe,” so get ready to feel a pleasantly dramatic “chill” running up and down your spine that has nothing to do with the wind chill outside.

Reserved-seat tickets costing $9 adult and $5 students can be purchased an hour before the performances at the box office or by calling (262) 472-8178.

The play is based on six adaptations of some of Edgar Allan Poe’s most haunting works, including “The Cask of Amontillado,” “The Fall of the House of Usher,” “The Masque of the Red Death,” “The Raven” and “The Tell-Tale Heart,” along with a less familiar dark comedy story by Poe, “The System of Dr. Tarr and Professor Fether.”

As a form of theatre, “Tales of Poe” offers the audience the opportunity to enjoy six “one-acts,” recalling the WHS Players’ 2013 production of “The Good Doctor” based on short stories by Russian writer Anton Chekhov.

Sophomore Audrey Mayer appears as Madeline in “The Fall of the House of Usher” and one of the bizarre patients in “The System of Dr. Tarr and Professor Fether.”

During an early rehearsal, she talked about some of the influences on her life stemming from participation in theater, beginning when at about five years old she was cast in a role “like a dust bunny” in a Missoula’s Children’s Theater production at the UWisconsin-Whitewater.

“During theater you realize that when you do a show with people, you get really close to each other,” Mayer said. “You learn not only how to talk to people but when you’re on stage you learn that you can’t take yourself too seriously.”

As an example, she cited her role last year as a singing telegram in “Clue on Stage.”

“I came out and did a tap dance, and then got shot and died,” Mayer said. “A couple years ago I would have been mortified and embarrassed to do that, and you just kinda learn to do that. I just had fun with it.”

Mayer credits her roles in musical productions, including Opera for the Young productions at Lakeview Elementary School and at Whitewater Middle School, as giving her the confidence to audition for the WHS Music Masters Ensemble.

Admitting that theater requires considerable commitment, Mayer said, “I just do it because I feel like I’m having the most fun when I’m doing it. When I’m in a show I have the songs to work on, lines to memorize. Even if rehearsals are long and go on for months, opening night makes it worth it, that’s for sure.”

With a laugh, she observed that her role as a “mental patient” in “The System of Dr. Tarr and Professor Fether” is amazingly different from her last role as a “happy mersister” in the 2019 WHS Players production of “The Little Mermaid.”

In “Tales of Poe,” Carter Waelchli takes to the boards as the unfortunate Fortunato in “The Cask of Amontillado” and the insidious Prospero in “The Masque of the Red Death.”

Now a 16-year-old junior who first performed at age 3 or 4 as a munchkin in a Dubuque, Iowa production of “The Wizard of Oz,” he confesses, “From the beginning, I’ve been performing one way or another.”

Waelchli directly links his experience as an actor with his public speaking ability. Without theater, he said, “I would not be good speaking in front of people.”

Noting that “More or less, all of my friends do theater,” Waelchli reflected. “Doing theater in Whitewater, in particular, has really helped me shape an identity for myself, and it’s been a great jumping-off point for me to meet people and get connected.”

Considering his role in “The Cask of Amontillado,” he said, “As Fortunato, I was climbing the ladder of success, I ruined Montressor. That’s really fun, because I get to play this essentially big idiot and the victim of Montressor’s gruesomeness.”

Waelchil considers his roles as Fortunato and Prospero as “very similar because they are very self-important, pompous people who befall a great tragedy.”

“For a lot of my career at Whitewater High School I’ve been playing far more larger-than-life individuals,” he said.

“I am a very ridiculous person in real life, so I feel there’s a lot of truth to what I do on stage,” Waelchli shared with a little laugh, adding that his role as Juror No. 5 in WHS Players production of “12 Angry Jurors” in 2018 “was probably the closest I have ever come in Whitewater to playing a normal human being.”