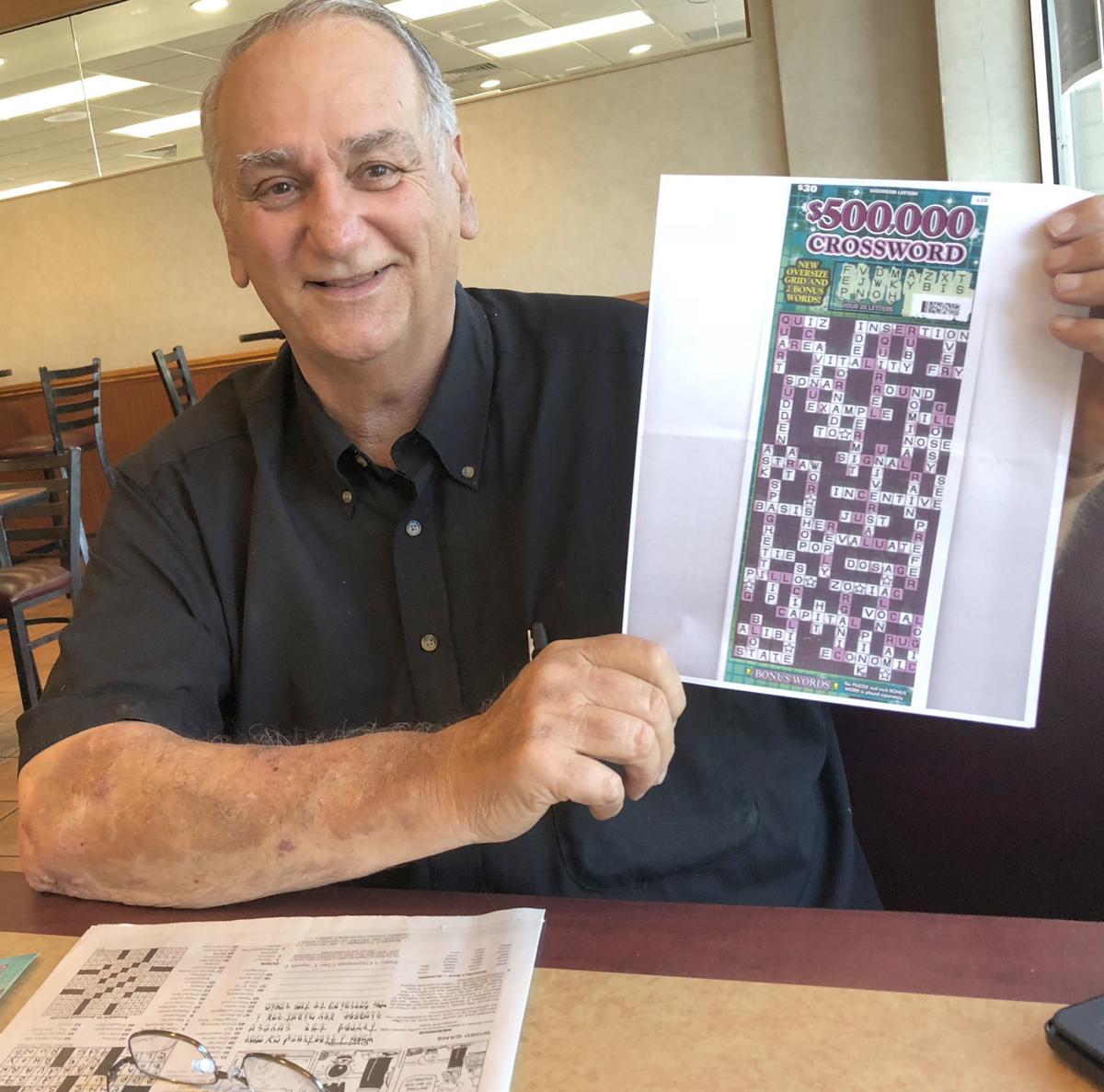 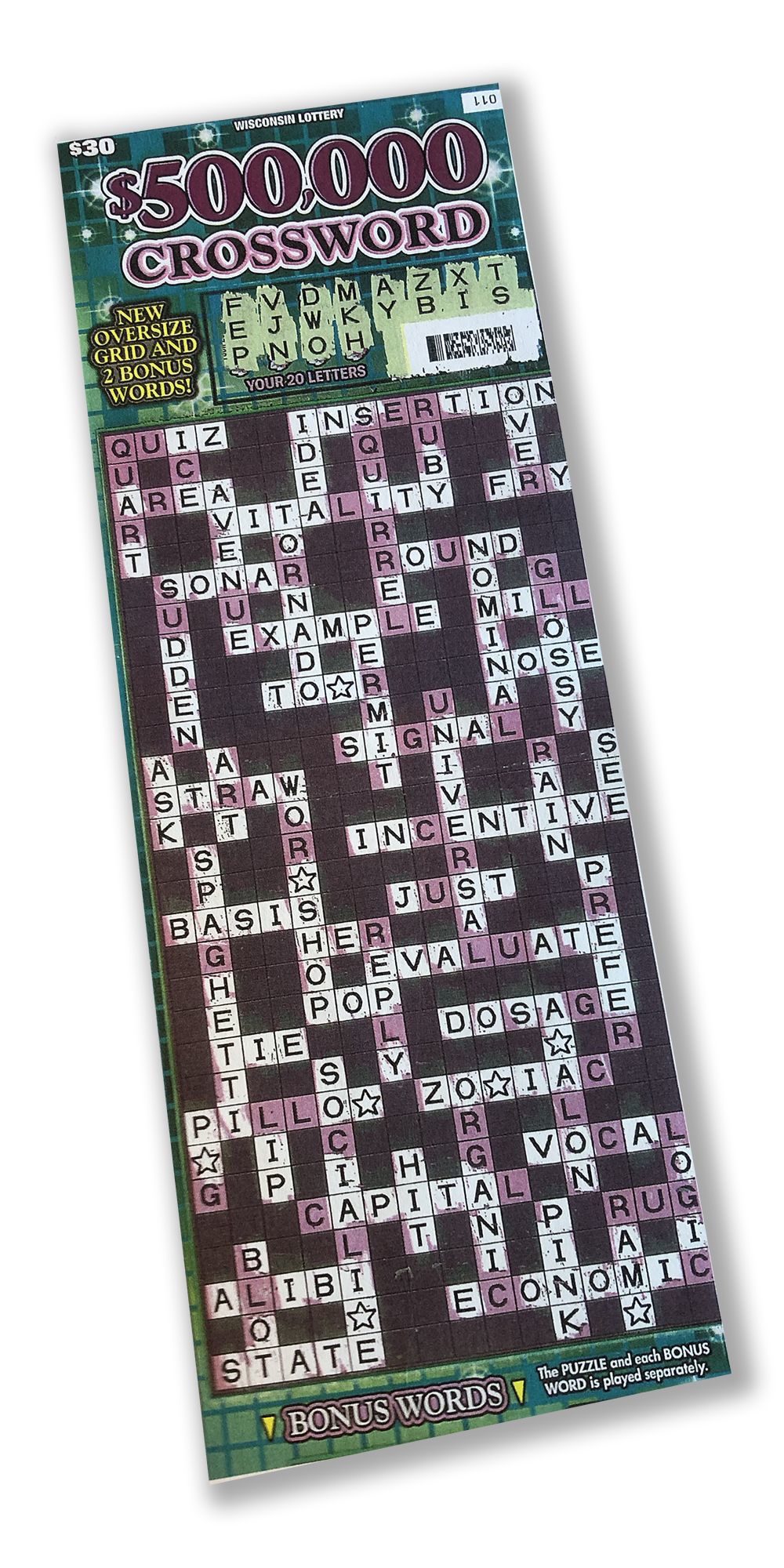 The crossword puzzle was sitting in front of Dennis McKnight, having already been completed. It’s 8 a.m. and the coffee-klatsch guys are in full swing at their daily pitstop on Wednesday, talking about the latest news and solving the world’s problems.

A patron in McDonald’s stops over to show McKnight that his name is on the cover of a local paper. McKnight is a celebrity here at this Johnson Creek restaurant ... and to anyone who has ever played the lottery.

If you ask him what word he would use to describe the last week of his life, McKnight would say “elation.”

But if you want to know what his favorite word is, he has a simple answer, just “ask” him.

For a person who can do a crossword puzzle in 10 minutes, one would think McKnight’s favorite word would be complicated. But for him, the word “ask” is worth its weight in gold.

“This is what I do for my brain,” he said of his love of crossword puzzles.

He has been doing them for as long as he can remember.

That desire to find every word is the challenge. Before he gets to the restaurant each day, he stops at the BP gas station next door to get a paper and two lottery tickets. While filling out the crossword in the newspaper, he also scratches off a crossword lottery ticket.

But last week, he found the crossword a bit more interesting than figuring out ONE ACROSS. The more he found words on the ticket, the more his chances of winning went up. He got to 10 words — good for the top prize of $500,000. He couldn’t believe what he was seeing before his eyes.

McKnight quickly wrote all the words he found on a piece of paper and then called his son.

“Oh shoot. I wrote one word twice,” he said of the word “basis.”

He had nine right, still worth a lot of money, but not the grand prize.

After he looked over the letters again, he found one more: Three letters, down, on the left side — “ask.”

But he still didn’t believe he’d won. He shot across his Sullivan home from his office to tell his wife. And the next day, the soon-to-be 75-year-old asked for the day off work. He found himself driving to Madison to the Wisconsin State Lottery office, but still wasn’t a believer.

McKnight could scan the lottery ticket without doing the crossword to see if he had won, but that’s no fun. He likes the challenge of the puzzle. Also, he said, local scanners usually only tell of smaller prizes. You have to contact the lottery office to find out something larger.

As soon as he won, McKnight stopped back at the gas station and told store manager Jeff Brunk about the lucky ticket.

“Yeah. We’re very excited to have a big winner like that,” said Brunk who is the Linmar BP store manager. “We’ve had a couple of $10,000 winners. Nothing of that size.”

The store gets $10,000 for selling the winning ticket to use as credit for more tickets from the lottery office.

But make no mistake, even with the winnings, McKnight is not leaving his job that he loves at Acuity.

“I’m probably the oldest insurance adjuster in the state,” he said. “I would not be working if not for Acuity Insurance. It is the most wonderful place to work. Last couple of years, it was the top place to work in Wisconsin.”

After taxes, McKnight will take home $341,720 from his lucky ticket.

“I’m splitting it up with my kids. One of my kids is using that for my grandson’s college,” he said.

But if you win that kind of money, you have to do something nice for yourself, right?

McKnight said he and his wife always wanted to take a trip to Italy. But there is no rush.

On Wednesday morning, McKnight was back at McDonald’s with his coffee, crossword puzzle completed and two new scratch-off tickets.

“I won the last major prize for this one. I don’t know if the lottery people tell you that. I don’t think that’s a secret,” he said.

But that didn’t stop him from buying the same type of ticket with which he won.

“I don’t know why I bought this. There is no chance of winning the big one. But there are still a lot of nice winners in there,” he said with a smile.

Over the years, McKnight has made a lot of friends in the coffee group, like Charlie Marks. They get together each day to chat and enjoy the morning.

“We’re all excited for him. I’m especially excited,” Marks said.

“It’s a wonderful thing. He could have kept this himself. And he’s still working. He loves his job. He even insures me. That’s really something.”

The topic of conversation of this day, besides the lucky lotto winner, was the Miller Park name change coming next year for the Milwaukee Brewers. While the comments go back and forth between tables, McKnight finishes his crossword puzzle before his drink.

It’s rare when McKnight will not finish a puzzle. If he can’t figure out the word, he will look through crossword puzzle books to finish later that day.

And if you are sitting next to him some day and can’t figure out THREE DOWN, just ask.