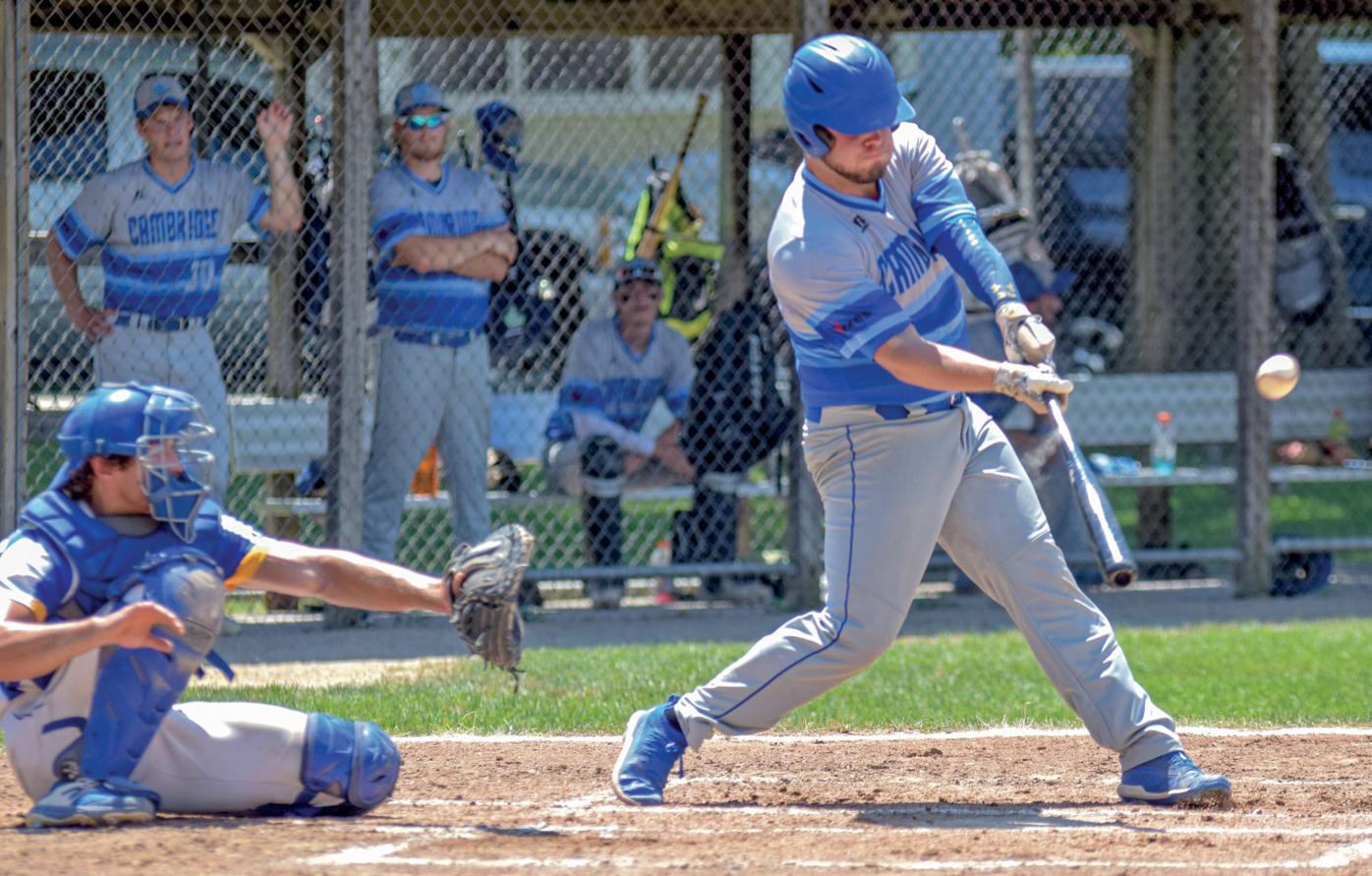 Jared Horton makes contact on a fourth-inning single during the Cambridge Blues’ 5-2 exhibition win over the Jefferson Blue Devils on Sunday at Fischer Field. 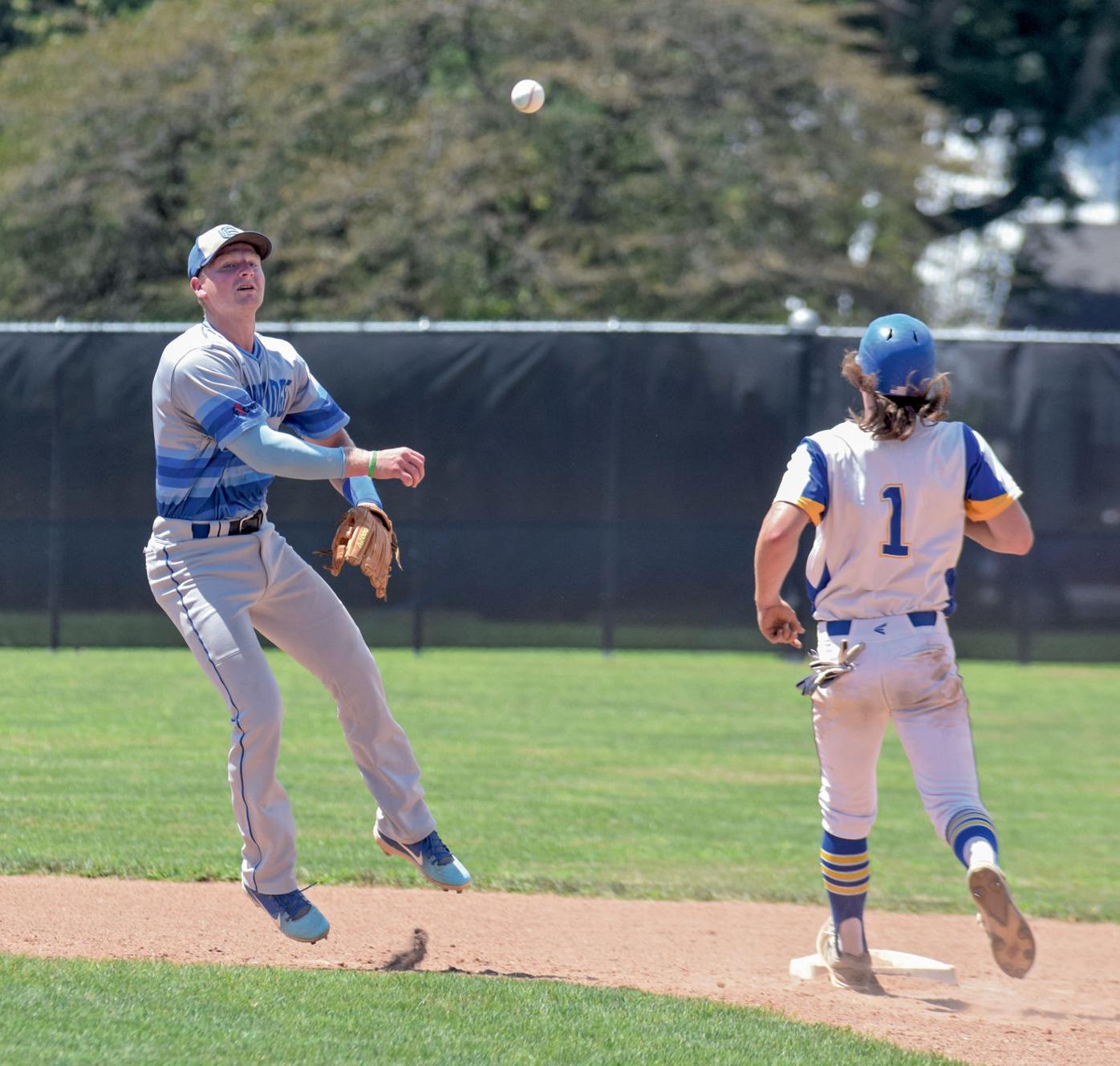 Jared Horton makes contact on a fourth-inning single during the Cambridge Blues’ 5-2 exhibition win over the Jefferson Blue Devils on Sunday at Fischer Field.

JEFFERSON — After suffering a loss on Thursday the Cambridge Blues rebounded to earn a 5-2 win over the Jefferson Blue Devils on Sunday at Fischer Field.

The Blues (1-2) broke a scoreless tie plating two runs in the top of the third inning. Back-to-back singles by Brett Witkowski and Thomas Hoffman got things started before a pair of Jefferson errors allowed them to score.

The Blue Devils (11-4) broke into the scoring column in the fifth when Thomas Schlesner singled, ending Mickelson’s no-hit bid, and scored on Dustin Moldenhauer’s bases-loaded walk.

The Devils would only score once more, in the eighth as Roby Schlesner drove in Ryan Brost with a single.

Mickelson and Witkowksi each had two hits to lead the Blues’ 10-hit attack.