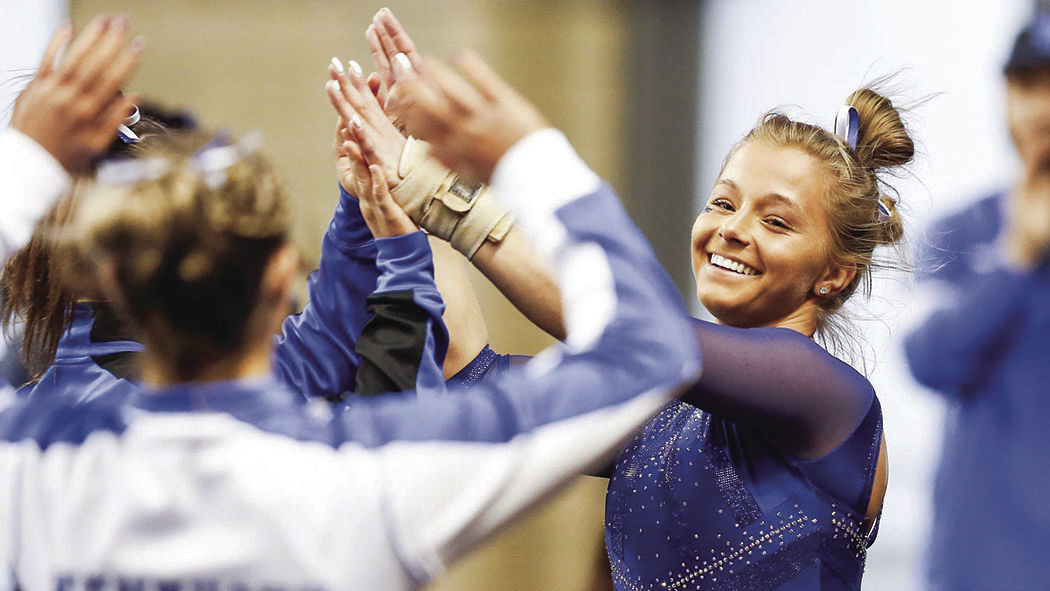 Cambridge’s Mollie Korth, a senior on the University of Kentucky women’s gymnastics team, is an eight-time All-American. 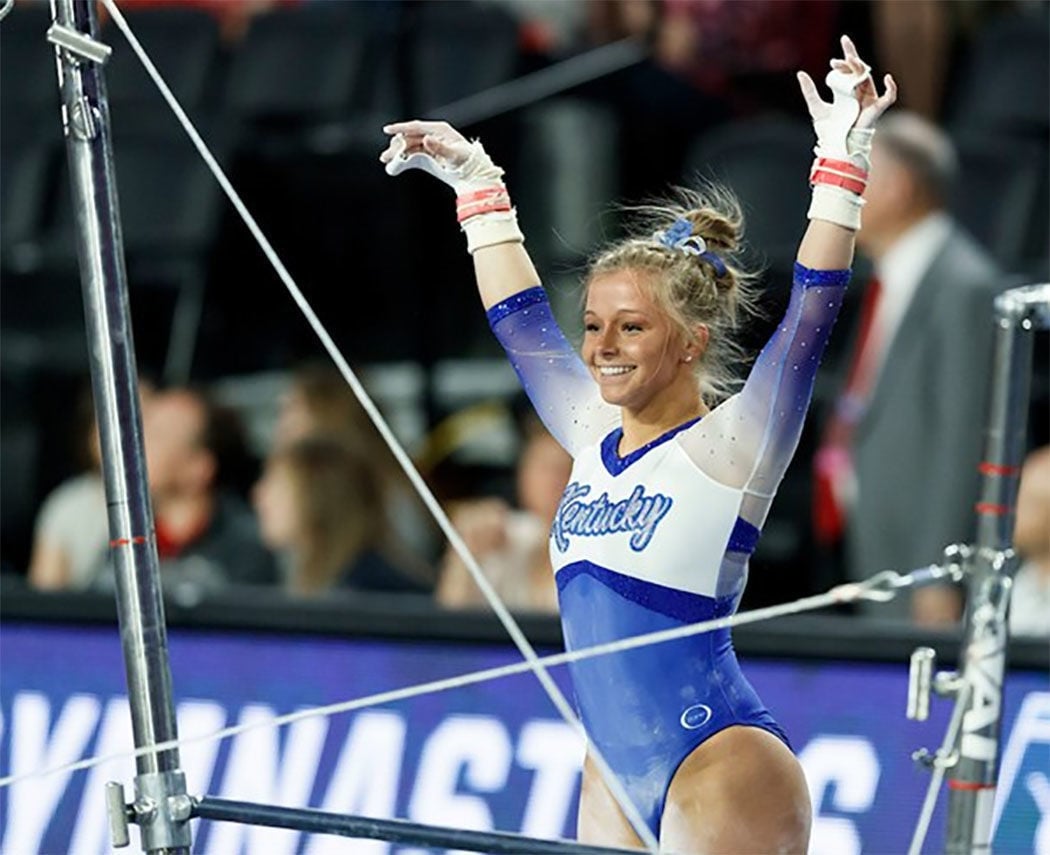 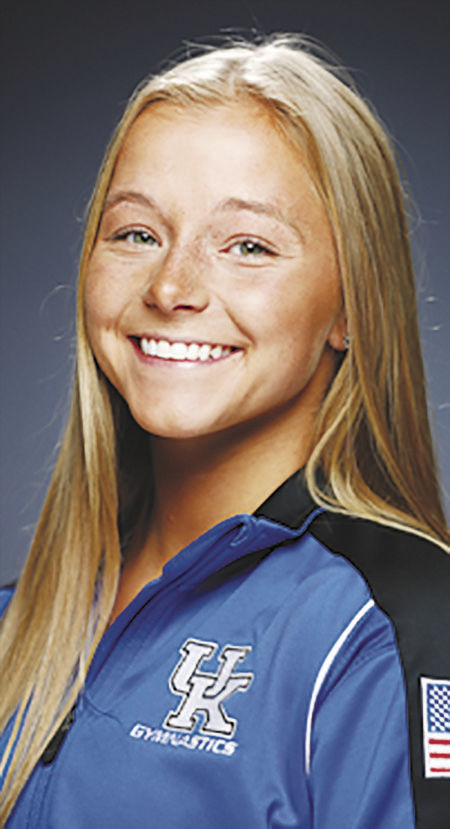 Cambridge’s Mollie Korth, a senior on the University of Kentucky women’s gymnastics team, is an eight-time All-American.

LEXINGTON, Ky. — Time is winding down for Mollie Korth but like she has done her entire career, she’s taking it all in.

The 2017 Cambridge graduate is a senior at the University of Kentucky and in the twilight of one of the most decorated gymnastics careers in program history.

“It’s gone way too fast,” said Korth, the daughter of Shawn and Kevin Korth. “I try not to think about it before the meet because I don’t want to get psyched out, but it does enter your mind that it’s the last time I’m going to be in Auburn, Alabama, or the last time I’m going to be at Georgia, things like that. At the end of each meet I’m like, ‘Oh, my gosh, that was another one.’ I’m taking in all the moments, that’s for sure.”

Korth arrived on the Lexington campus in January 2017 after graduating early from Cambridge High School, and showed early maturity well beyond her 18 years.

“I was so ready to move on to bigger and better things, I was excited to explore new territory of the nation and kind of go off on my own and see how successful I could be,” said Korth, who admittedly is very independent. “I was super excited, I don’t really think I was anxious or nervous.”

And needless to say she exploded onto the scene. Korth displayed that early confidence in her very first season, earning First Team All-American honors on the uneven bars and Second Team All-America in the all-around after her performance as an individual at the NCAA National Championships.

In all, Korth is an eight-time All-American.

Korth and the Wildcats have just four dual meets remaining, and just two meets remaining at Rupp Arena — on Feb. 21 against Georgia and on March 6 against Illinois — where Korth and her fellow seniors will be recognized on Senior Night.

“It’s up on the calendar and I take a quick glance at it every now and then,” Korth admitted. “I’m definitely taking it one step at a time and making sure that I don’t get too ahead of myself.”

“We lost a lot of seniors last year and we are a younger team, but we just had our first 197 of the season which is encouraging,” said Korth, one of four seniors on the Wildcats’ roster.

Kentucky is ranked 13th in the nation with a 6-2 overall record which includes a 3-1 mark in the Southeast Conference.

TEAM is a big word for Korth: “I don’t like to look at it as my senior year and one of my last meets, rather it’s another opportunity for the team to strive for the conference championship and make it to nationals.

“We’re doing a lot better than we were doing last year at this time.”

Korth has accomplished so much during her career, but there is one thing she hasn’t achieved yet — a perfect 10.

“I’ve been striving for that all season, especially because it’s my last and I’ve never had one. I’m just going to continue leaving everything on the floor and doing my best, but a 10 would be great,” she said.

Korth is on schedule to graduate with a bachelor’s degree in kinesiology exercise science in December 2020. Her plan then is to enroll at the University of Wisconsin-Madison for graduate courses.

If she does that she would join both her twin sister Katie, a junior, and younger sister Gracie, a senior at Cambridge who has been accepted at Madison.

“I don’t want to put the cart before the horse about getting in (to Wisconsin), but if I did that would be great to be there with both of them,” Mollie said.

Korth has had strong family support ever since she took up the sport at age of 5.

“The fact that they travel 8 hours almost every weekend, the back-and-forth trips and the money that they’ve spent, I could never thank them enough for all they’ve done for me,” said Mollie, referring to her parents, her sisters and other family members and friends. “I do this for them.”

For the next month Mollie Korth is hoping time will stand still just a little longer, but when it all comes to an end she knows she will have enjoyed the ride.

“It’s gone way too fast. I try not to think about it before the meet because I don’t want to get psyched out, but it does enter your mind that it’s the last time ... I’m taking in all the moments, that’s for sure.”

Senior gymnast at the University of Kentucky