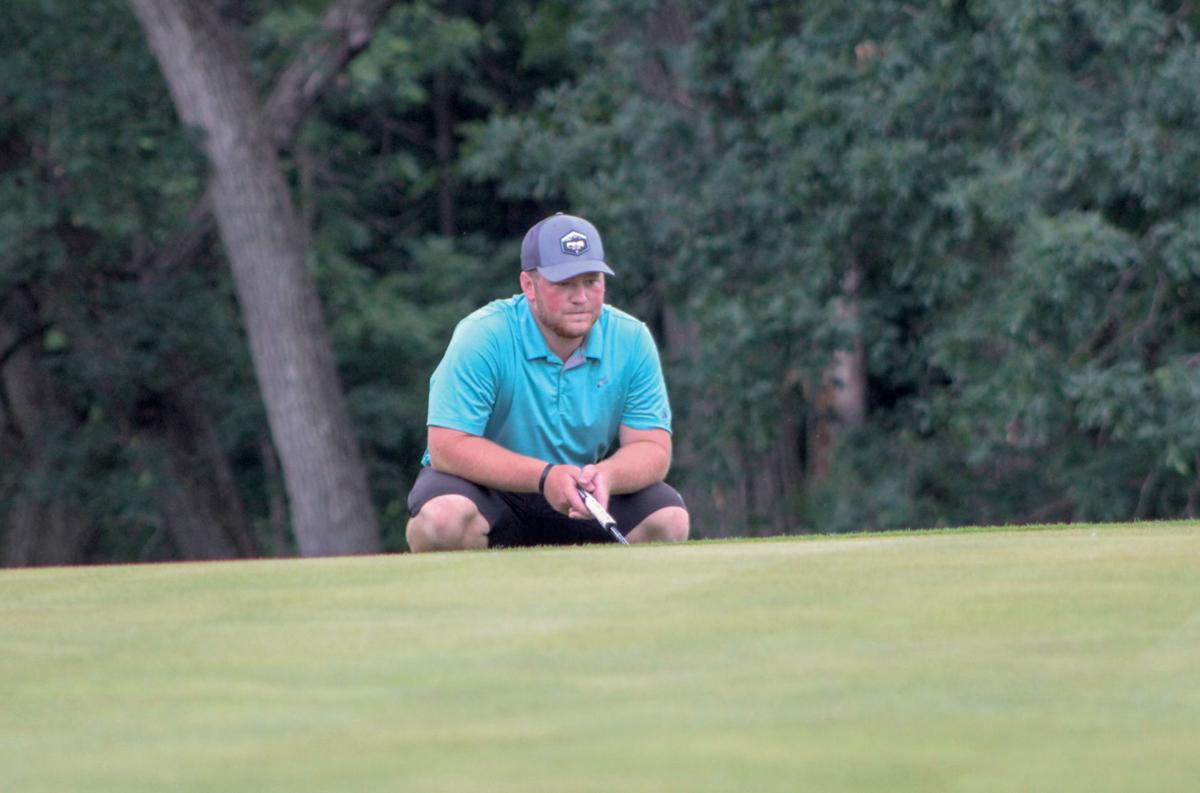 Mason Kent surveys his putt on the 18th hole during the Fort Atkinson City Medalist Tournament Sunday at Koshkonong Mounds. Kent led after a round of play and held on to win with a 73 in round two. 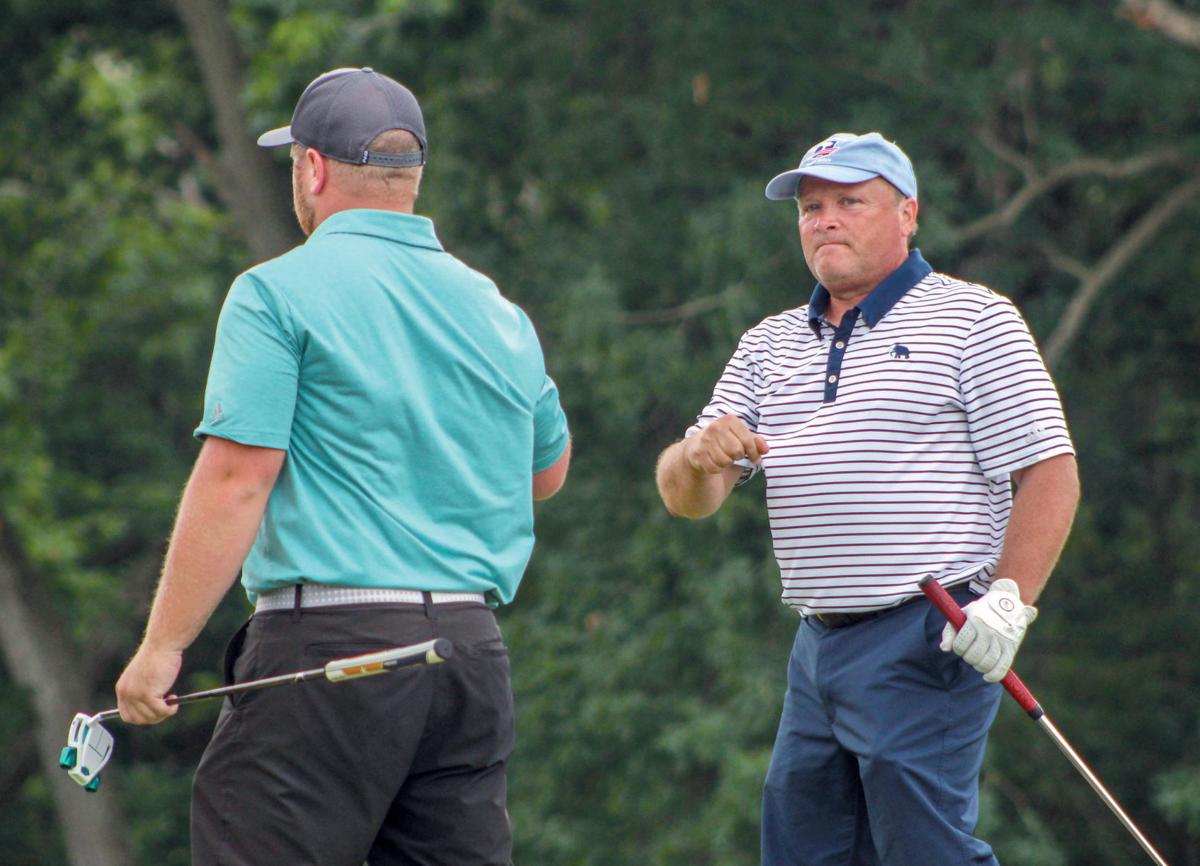 Mason Kent surveys his putt on the 18th hole during the Fort Atkinson City Medalist Tournament Sunday at Koshkonong Mounds. Kent led after a round of play and held on to win with a 73 in round two.

KOSHKONONG — Mason Kent is getting comfortable heading into Sunday with the lead.

For the third straight year, Kent sat atop the leaderboard of the Fort Atkinson City Medalist Tournament after a round of play.

Two years ago Kent let his lead slip away. Last year as a 20-year old he held on to win the tournament.

He was able to do the same for the 2020 tournament.

“It was similar in the sense I had the overnight lead after round one. Difference is I played a heck of a lot better on Sunday this year than I did last year,” Kent said regarding his two open-division tournament wins.

Kent shot a 73 in round two, building off his 72 in round one. Jim Majewski sat in second going into the final round and surged back Sunday with a tournament-best 71. The score wasn’t good enough for Majewski to overcome his 76 from round one as he finished two strokes back from Kent’s two-round total of 147.

“He really gave me a push and run for my money,” Kent said. “We were feeding off one another and hitting really good shots. I had a lot fun on Sunday this year.”

Kent went into Sunday with a four-stroke lead over Majewski, who he was paired with in the final group. Kent said the biggest thing he needed to do Sunday to keep his lead was keeping the ball in play and hitting quality shots onto the green.

“I knew with my driver and off the tee I was going to find some fairways,” Kent said. “It was a matter of getting that second or third shot onto the green and giving myself looks at birdies and pars.”

And Kent did just that early on Sunday.

Kent extended his lead to six strokes after eagling the par-4 12th hole.

“When I had that eagle, my goal was to just make pars on the way out,” Kent said.

Things didn’t go as planned as Kent double bogeyed and then bogeyed the next two holes.

“I thought afterward just minimize damage,” Kent said. “Pars can be your friend. Don’t make a big number by trying to be a hero. Sometimes you gotta take one on the chin and move on to the next hole.”

Kent pared the next two holes and teed off on the 18th hole with a three-stroke lead.

“Once I hit one onto the fairway on hole 18 I knew I had a really good chance unless Jim did some really miraculous,” Kent said.

Majewski birdied the final hole, while Kent pared to finish up two strokes ahead.

“He (Majewski) gave me a run for my money,” Kent said. “He had a great final round on Sunday.”

Pat Miller took third at the tournament with a 72 on Sunday to finish with a 153.

Similar to Kent, John Wilmet also held on to his first-round lead to capture the title in the senior tournament. Wilmet carded a 77 in round two for a two-day score of 157.

Wilmet bogeyed three of the final five holes, while Applegate pared the final five, but it wasn’t enough to overcome the back-nine deficit.