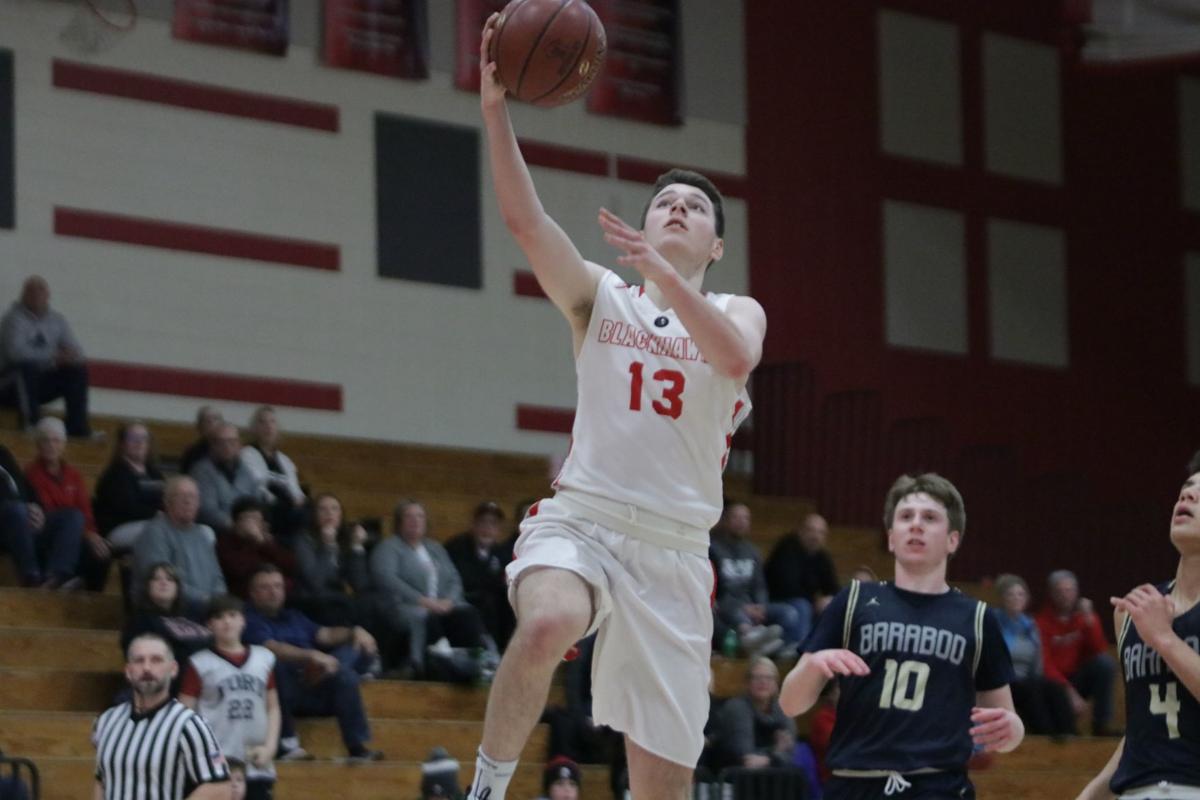 Junior Caden Klingbeil contributed to three consecutive Baraboo turnovers and converted back-to-back layups for Fort Atkinson in the second half of a 54-35 victory against Baraboo on Tuesday night. 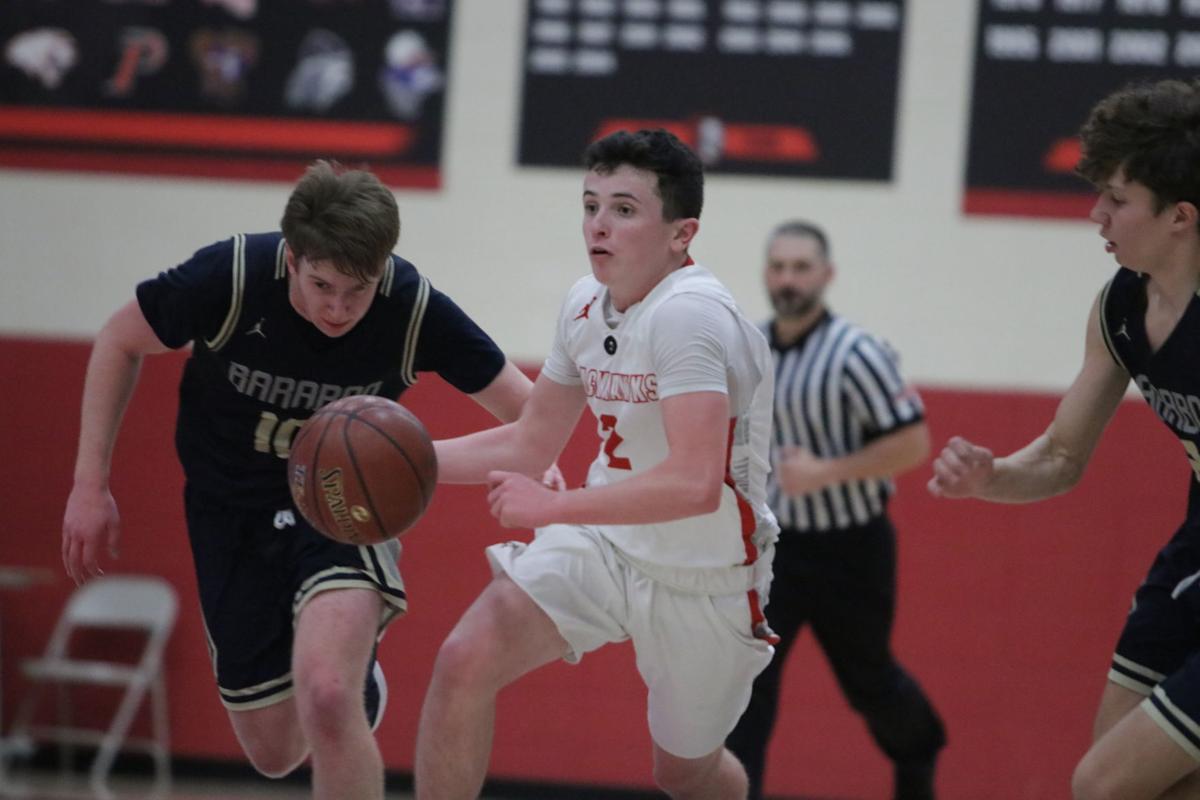 Carson Baker pushes pace after a turnover for Fort Atkinson in the first half of its 54-35 victory against Baraboo on Tuesday night. 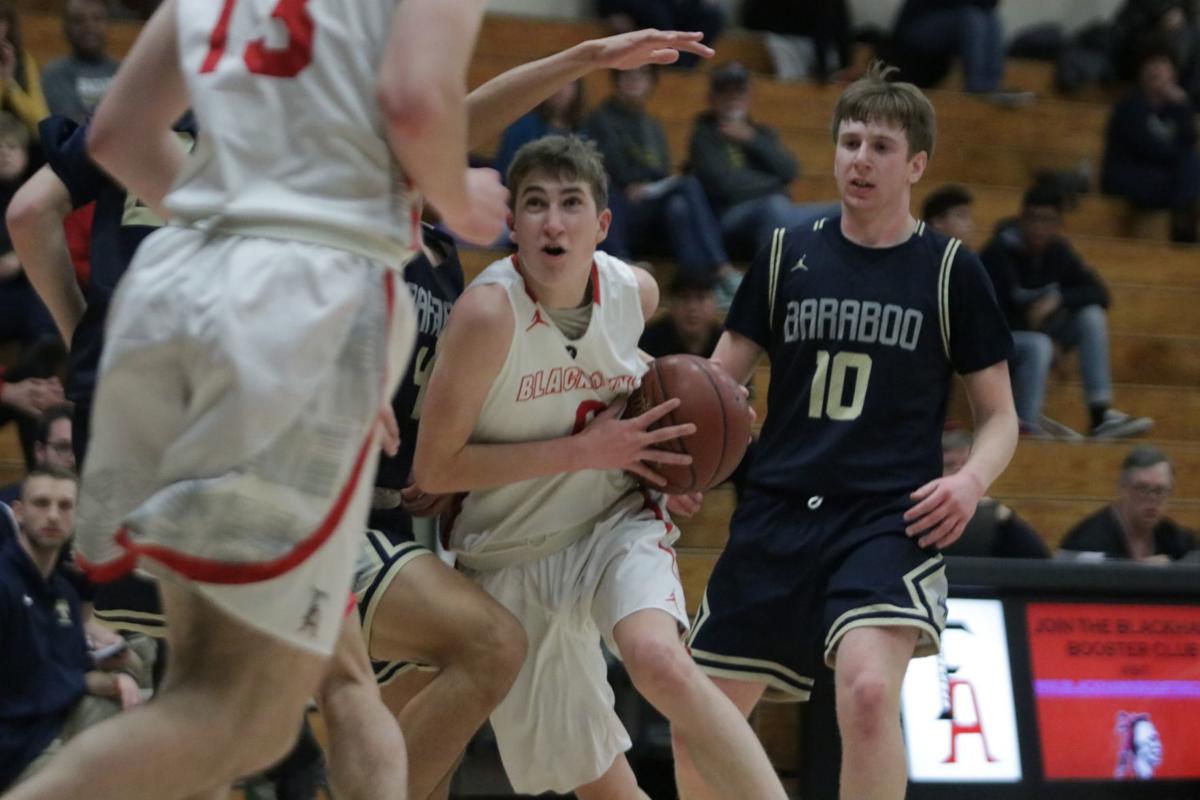 Junior Caden Klingbeil contributed to three consecutive Baraboo turnovers and converted back-to-back layups for Fort Atkinson in the second half of a 54-35 victory against Baraboo on Tuesday night.

Carson Baker pushes pace after a turnover for Fort Atkinson in the first half of its 54-35 victory against Baraboo on Tuesday night.

That’s when Fort Atkinson started its 15-3 run to put the game back out of reach before eventually claiming a 54-35 victory against visiting Thunderbirds in a non-conference boys basketball game on Tuesday night.

In the first half, the Blackhawks showed their biggest waves of emotion on the defensive end. The first came after drawing a five-seconds call against a Baraboo ball handler. The second was a product of sophomore guard Carson Baker intercepting a pass and turning to throw the ball off of a Baraboo players leg out of bounds to take possession.

When Baraboo appeared to be making its run at Fort Atkinson, the Blackhawks dug in on defense with junior Caden Klingbeil initiating turnovers on three consecutive possessions. Fort Atkinson capitalized and pulled away to a 47-27 lead with 5 minutes to play in the second half.

“Early in the year, your defense has to carry you, especially with all these young guys,” Fort Atkinson coach Mike Hintz said. “We have (players in all four grade levels) and when you have that mix, you worry about chemistry, but that’s the least of concern with this group.

“It’s been a few years since we’ve had the first few weeks of a season where we’ve been this good practice-wise, intensity-wise, camaraderie-wise — this is the best it’s been.”

Baker finished with a team-high 15 points. Sophomore Cade Cosson joined him in double figures with 10 points and Klingbeil added eight for the Blackhawks.

They never looked back after building the 20-point lead and had the defense to thank for it.

“The kids like to get out and run, but we’re holding them accountable to the defensive side of it. We’re trying something a little bit different, kind of a hybrid thing, to take what we did last year and bringing some the older stuff to put it together.

“We have a lot of learning to do, but we’re trying to push teams to the outside without playing up the line and on the line. I thought we did a good job of it tonight.”

The Blackhawks got right back into their defensive principles and ignited a run to put the game away for good.

“He’s been really pushing us to put in more effort and holding us accountable to defense,” Baker said. “He’s coached us hard to get stops to where we get bench energy, which helps us get energy and we get more buckets. …

“I was surprised by how many people showed up (in the student section) to be honest. It was a great team win for us to start off 1-0. Hopefully we can get to 2-0 on Saturday.”

The Blackhawks play their first game of the Badger South slate on the road Saturday, December 7, against Madison Edgewood at 4:30 p.m.