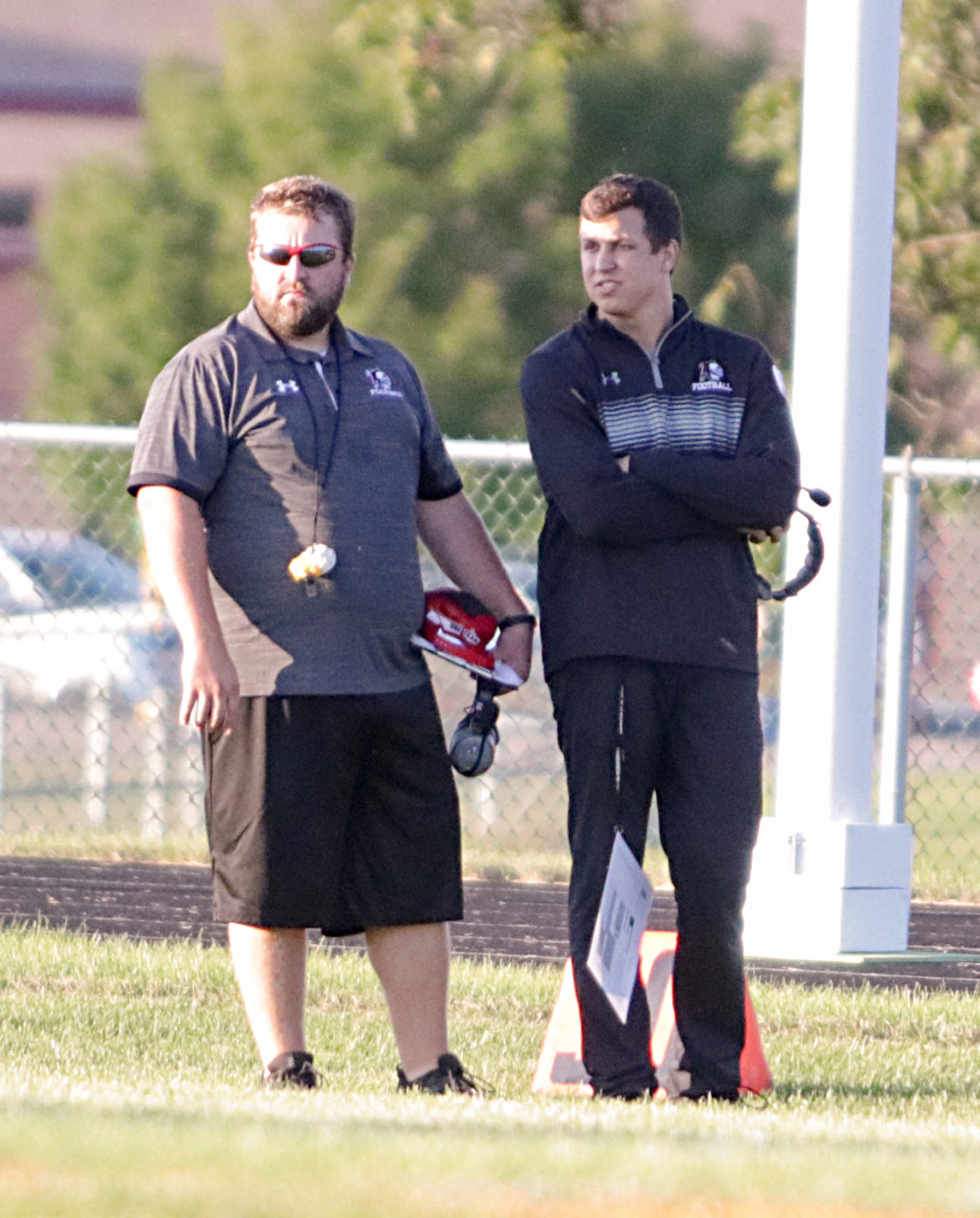 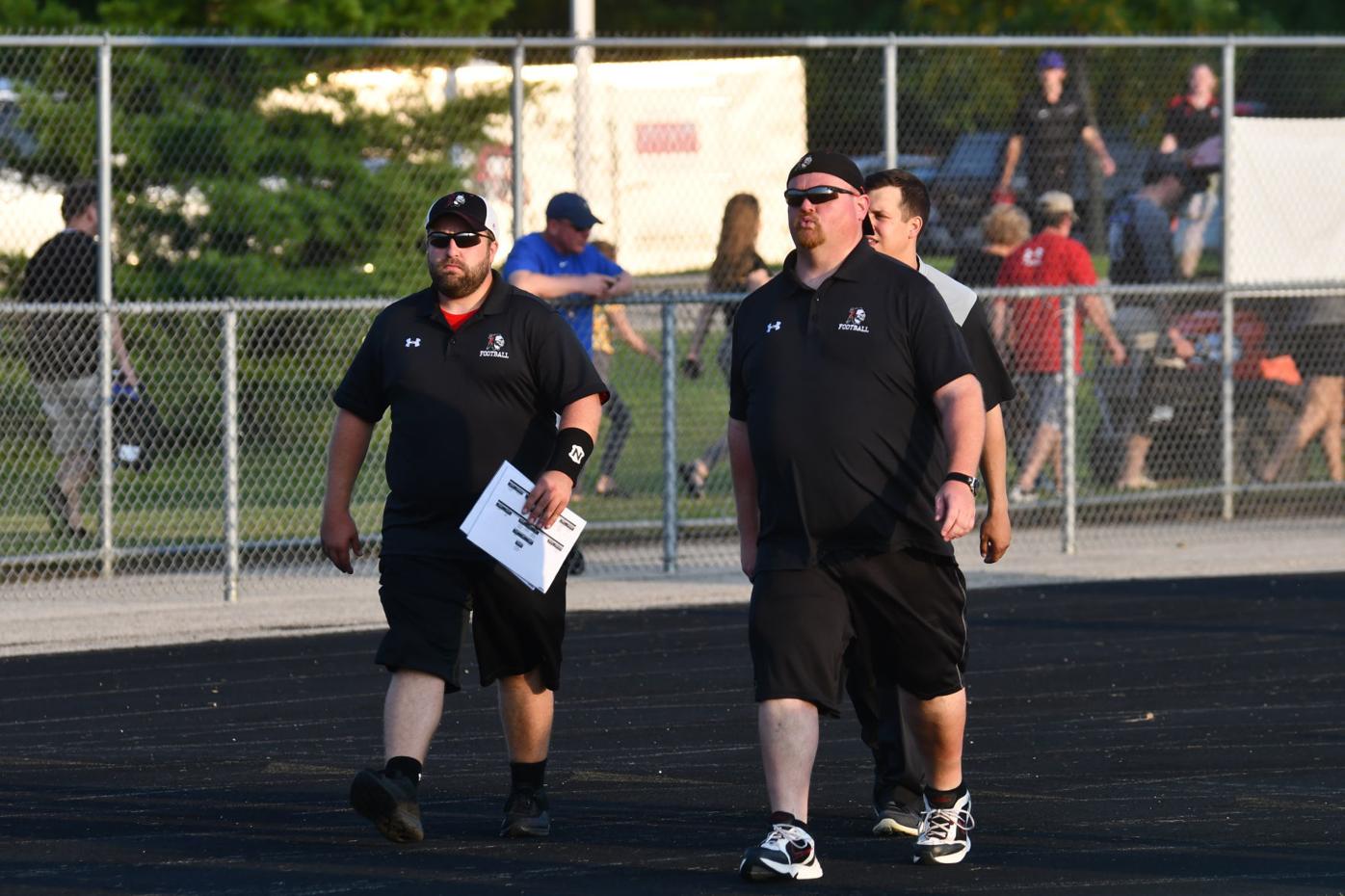 Nick Nelson (left) walks to the sidelines prior to a Fort Atkinson football game against Waunakee in 2018. It was announced Tuesday that Nelson was hired as the head football coach on Monday. 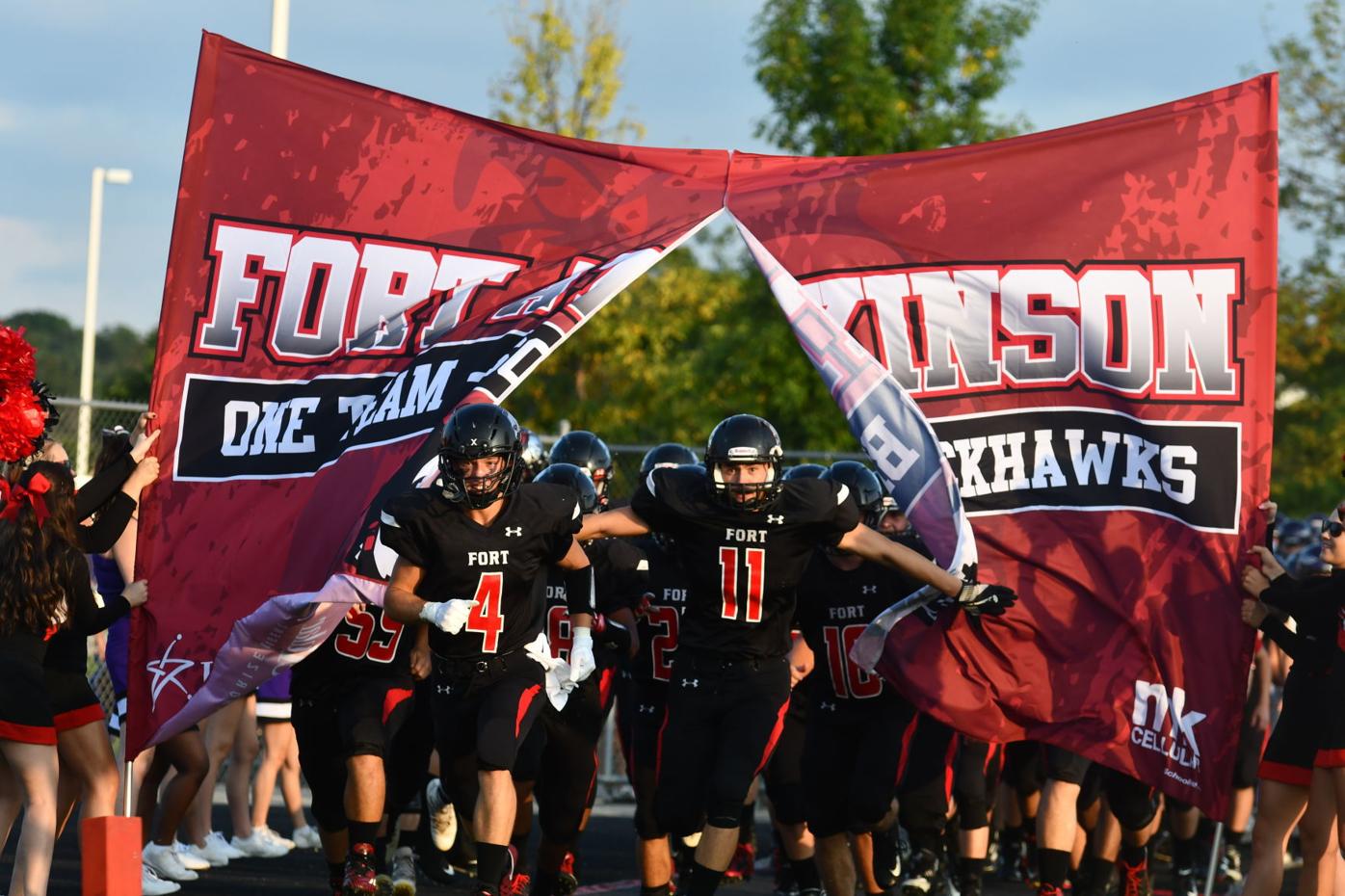 Fort Atkinson football players rush onto the field for their 2018 season opener.

Nick Nelson (left) walks to the sidelines prior to a Fort Atkinson football game against Waunakee in 2018. It was announced Tuesday that Nelson was hired as the head football coach on Monday.

Fort Atkinson football players rush onto the field for their 2018 season opener.

Nelson and his wife Kayla moved to Fort Atkinson two years ago. Since moving, Nelson has been a teacher in the special education department at Fort Atkinson High School while co-teaching in science.

“I really like Fort. Two years ago when my wife and I were looking for a place to start our family, the community was so warm and welcoming,” Nelson said. “This is a place we could see raising our kids and this is a place I could see retiring.

“Now, I have a tremendous task in front of me because I want to eventually leave this place better than I found it and this was already pretty special.”

Nelson, who is a native of Mukwonago, takes over the program after Brady Grayvold resigned in January to take a defensive assistant position at University of St. Thomas in St. Paul. The Tommies play in the Minnesota Intercollegiate Athletic Conference at the NCAA Division III level.

“(Nelson) brings a passion and an energy that is on the upper end of the spectrum for what we want as a coach,” said Fort Atkinson athletic director Steve Mahoney. “He was in our program, kids have raved about their interactions and relationships with him.”

Nelson was the supervisor for the weight room which was rejuvenated in the last two seasons. He said he was concerned it was possible the standard of being consistently in the weight room may be lost during the coronavirus pandemic, but said he and the athletes will be ready to make up for lost time when school is back in session.

“The last two years, we’ve had a great culture in the weight room. A lot of credit goes to those two senior classes we’ve had,” Nelson said. “In this weird time where we can’t get together as a team, hopefully the kids are still working to stay in shape and get better individually at home.

Under the leadership of Grayvold, the Fort Atkinson Blackhawks had an 0-18 record in two years. The Blackhawks haven’t won in 19 tries and the program has made the playoffs four times in the last 10 years with six seasons of three or fewer victories.

“(The last two seasons) solidified some of the things I already valued,” Nelson said. “Football is an awesome game. It teaches you a lot about life and being a man. Rarely are people going to make a living blocking and tackling, but it’s the other things that you learn and that add value.

“If I learned anything the last two years, it’s that those relationships might not necessarily lead to the points on the scoreboard, but I’m not worried about that because I know the lessons the kids gain are going to make them successful adults.”

Nelson coached at Mukwonago from 2008-15 and at Adams-Friendship for two years before moving to Fort Atkinson.

“There were some other candidates who were exceptional as well. The fact that Nick is a teacher for us, he’s had good positive experience being a coordinator on both sides of the ball and can help mentor some of our assistants is a big reason why he was a great fit for us,” Mahoney said. “He’s been huge the last two years being the voice and inspiration in the weight room and we look forward to seeing him continue to build positive relationships with our kids.”