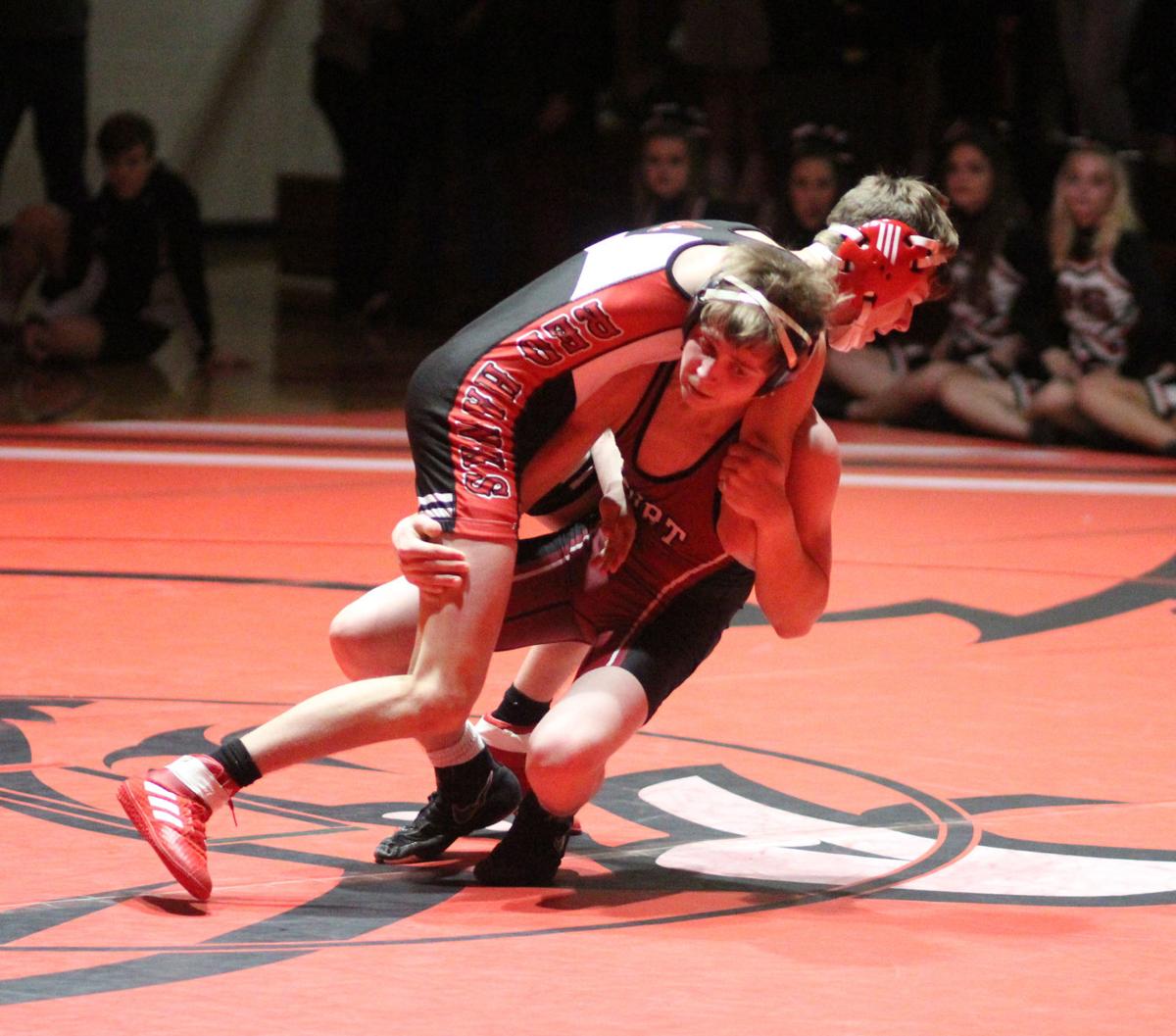 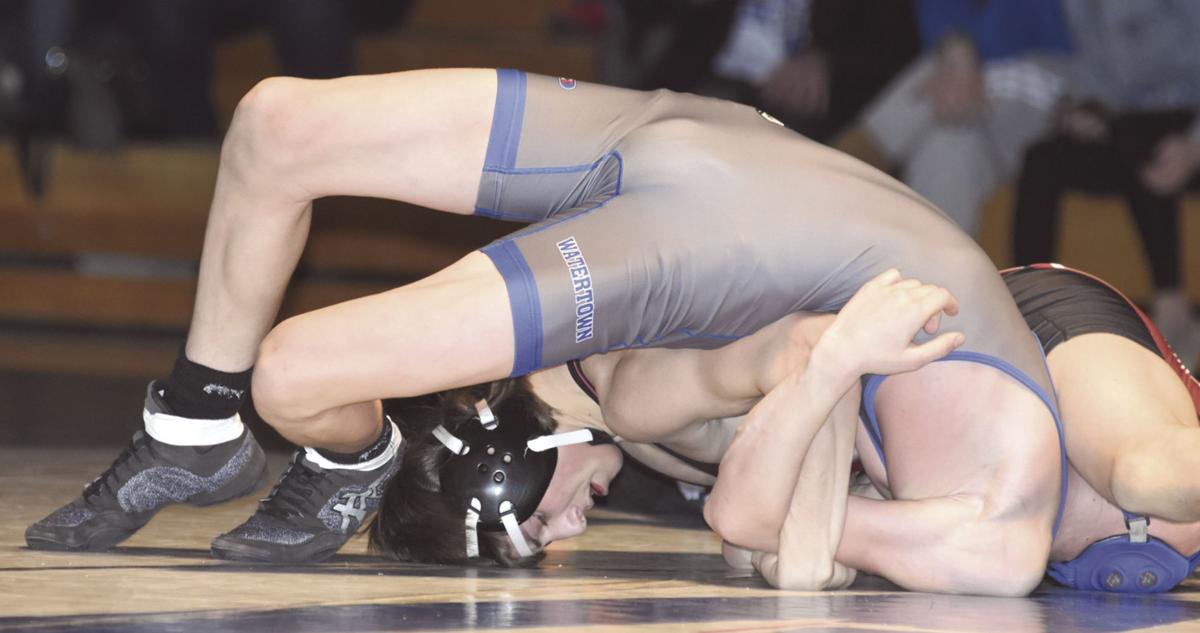 Fort Atkinson senior Tristin Trevino scores back points against Watertown sophomore Owen Zingler during the 145-pound match between the two teams on Thursday in Watertown. Trevino won by a 15-0 technical fall as Fort Atkinson won 35-29.

Fort Atkinson senior Tristin Trevino scores back points against Watertown sophomore Owen Zingler during the 145-pound match between the two teams on Thursday in Watertown. Trevino won by a 15-0 technical fall as Fort Atkinson won 35-29.

Both were thrown into the varsity fray as freshmen and both persevered through grim moments when the adversity of the varsity level seemed insurmountable.

As they enter the tournament series for the Fort Atkinson wrestling team, both wrestlers represent individuals with a chance to work their way to the WIAA Division 1 individual state tournament at the Kohl Center on Feb., 27-29.

“They’ve been on a rollercoaster ride,” Gerber said. “They went through some lean years with us and to their credit they stuck with it. There were times where they probably didn’t want to, but they did and we needed them.”

Through those “lean years” Brandenburg has reached 98 wins and Trevino has 89 wins. Brandenburg is keenly aware that he’s two wins away from being the 18th wrestler at Fort Atkinson to reach the 100-win milestone.

But his primary focus is taking these matches one at a time and reaching a bigger goal.

“Over the four years I’ve been here, (wrestling) has changed a lot,” Brandenburg said. “You’re going to have some times that are tough, but you work through it. I’ve progressively gotten better than I was from my freshman year to my senior year. Now, being two wins away from 100, I feel good about making a run for state.”

Wrestlers like 182-pounder Thomas Witkins (32-6), 195-pounder Jacob Horvatin (29-8) or 220-pounder Mika Gutoski (33-5) are the front-runners when projecting potential state qualifiers to emerge from the Fort Atkinson room when the WIAA Division 1 regional in Sun Prairie begins at 10 a.m. Saturday. But both Brandenburg (26-12) and Trevino (25-13) have shown in their career that they have the means of putting together a February run to Madison.

“I feel like now, since it’s our last year, there’s more pressure because you’re never going to get these years back,” Trevino said. “It’s our last year and we have to lay it all out there. Freshman year, you think, I’m not that good, I’m not going to do that good (in regionals).

Along the way to learning to be resilient, Trevino (132 pounds) and Brandenburg (120) have helped the Blackhawks earn 39 team dual wins in the last four years. Their conduct has Gerber — who picked up his 87th career dual win to move into second place all-time at Fort Atkinson on Friday, Feb. 1 — reflecting fondly on their careers and thinking positively about their next two weekends.

His evidence for that optimism isn’t just Brandenburg’s gait or the look in Trevino’s eyes. It’s in the tests passed and battles endured.

“When you look at the competition, they’ve learned some tough lessons,” Gerber said. “I think they’re coming into their own now. For both of those guys, they’re going to have our full attention as coaches and if they get to the state tournament, it’s awesome, if they don’t I trust they’re going to go down swinging.”