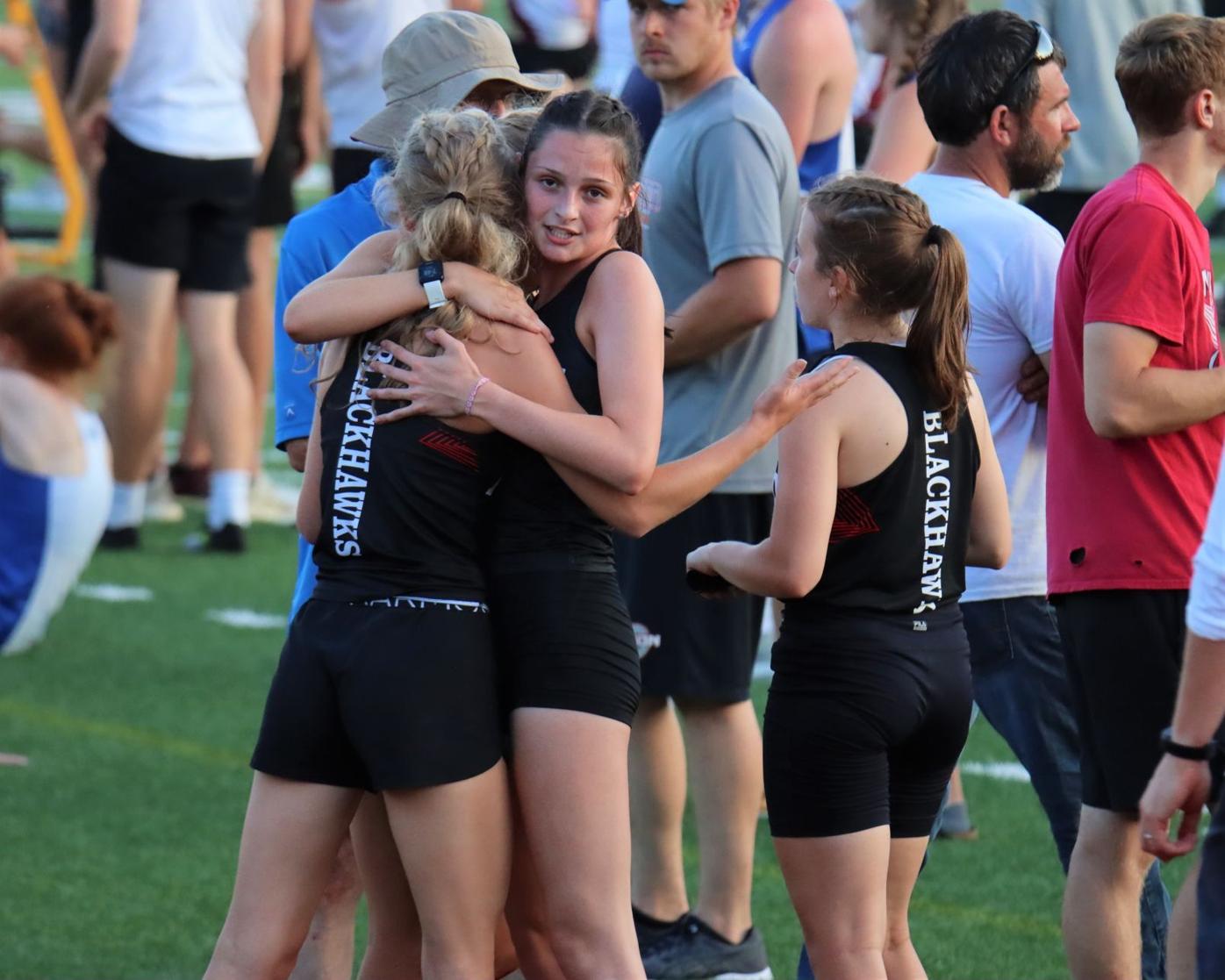 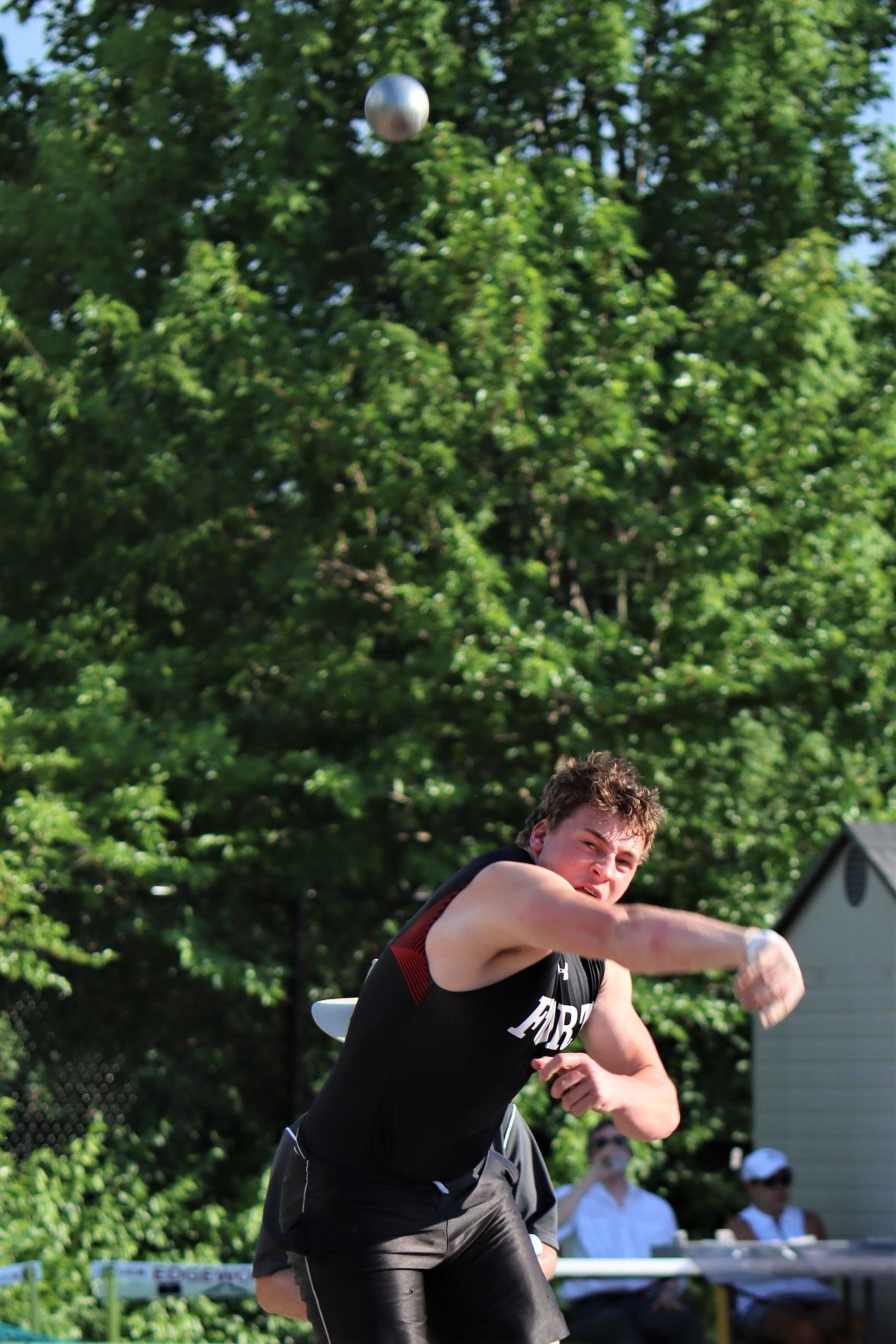 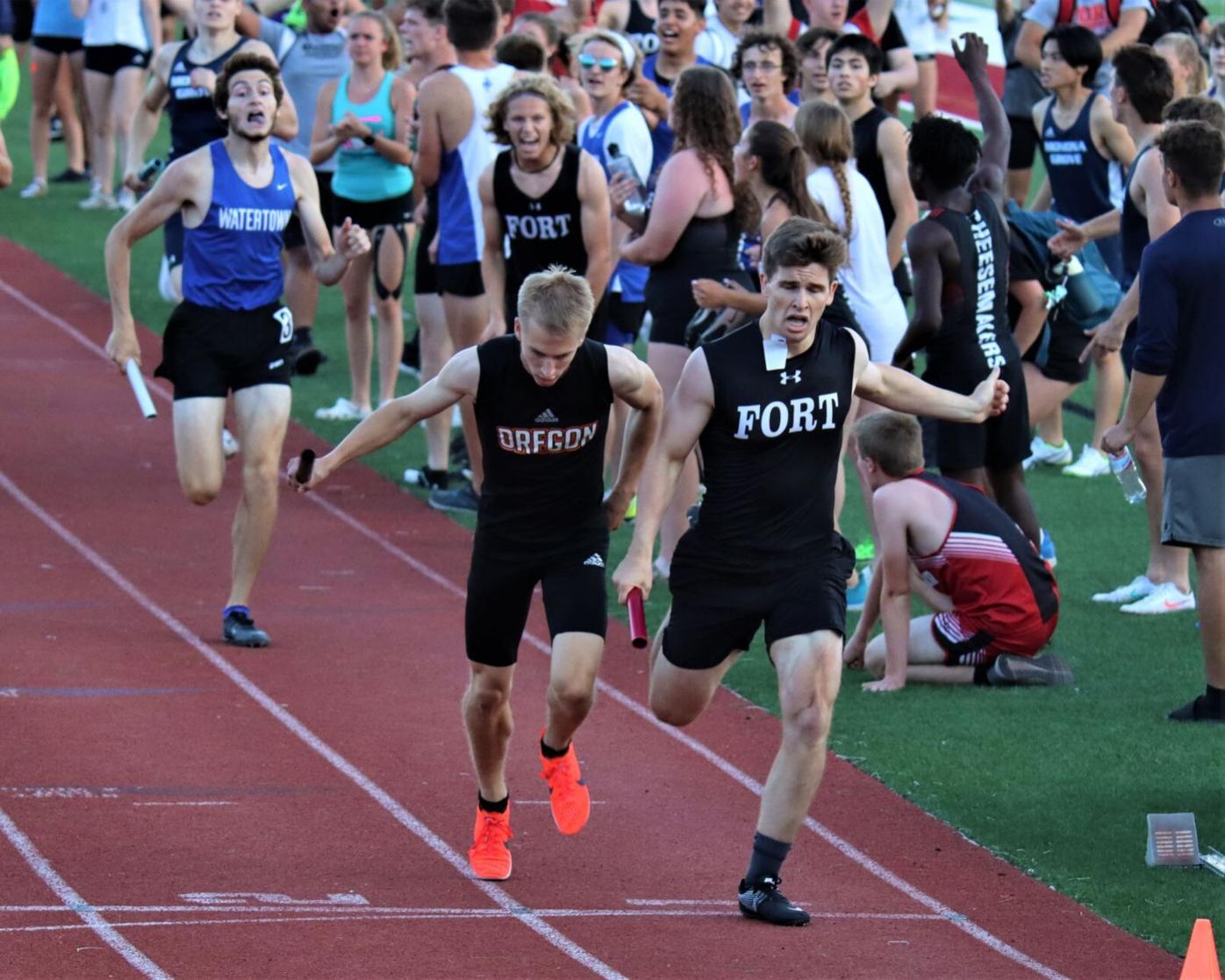 Fort Atkinson’s Eli Koehler lunges past the finish line during the 1,600-meter relay at the Badger South Conference Meet Tuesday at Madison Edgewood High School. The Blackhawks took second in the event. 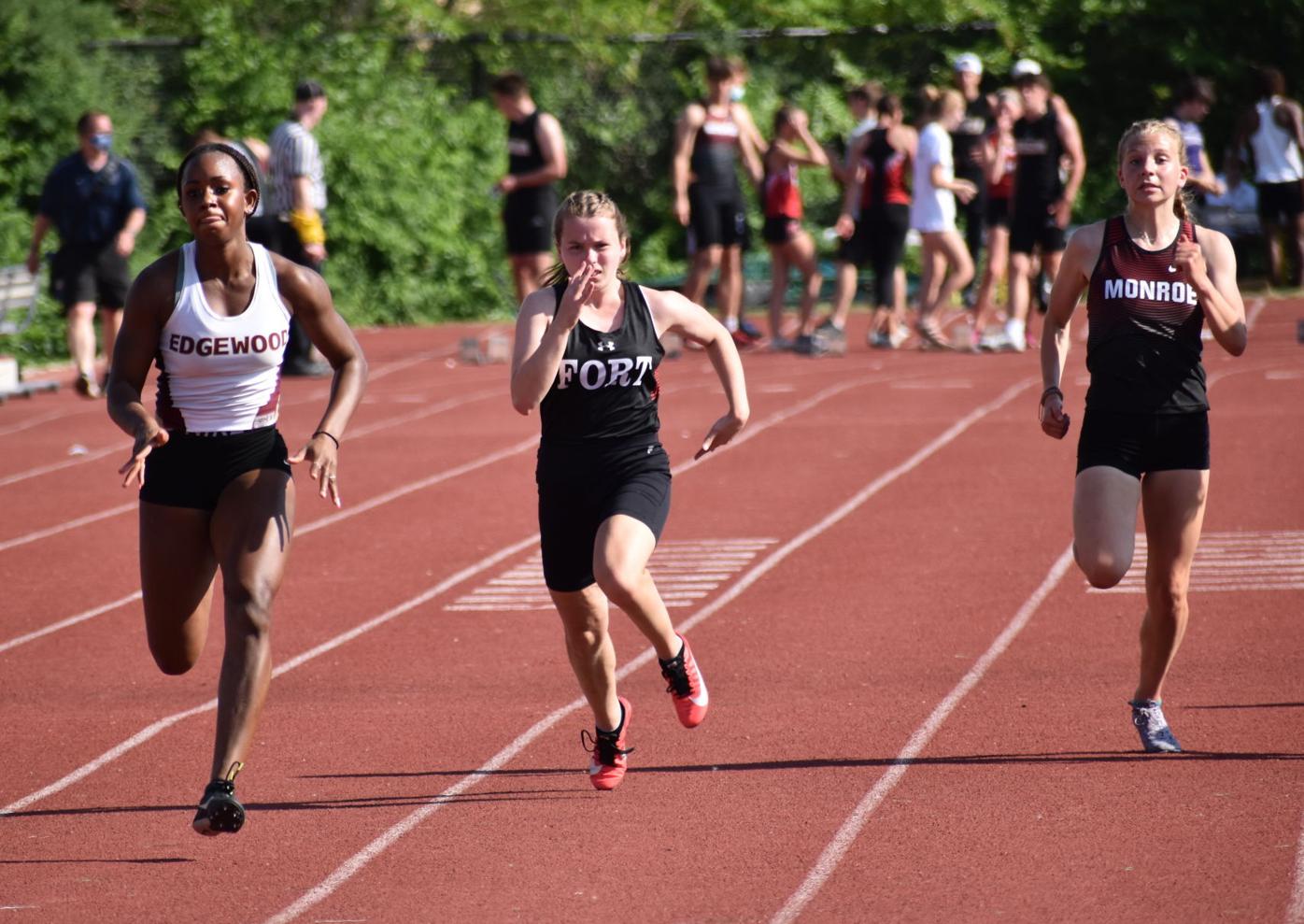 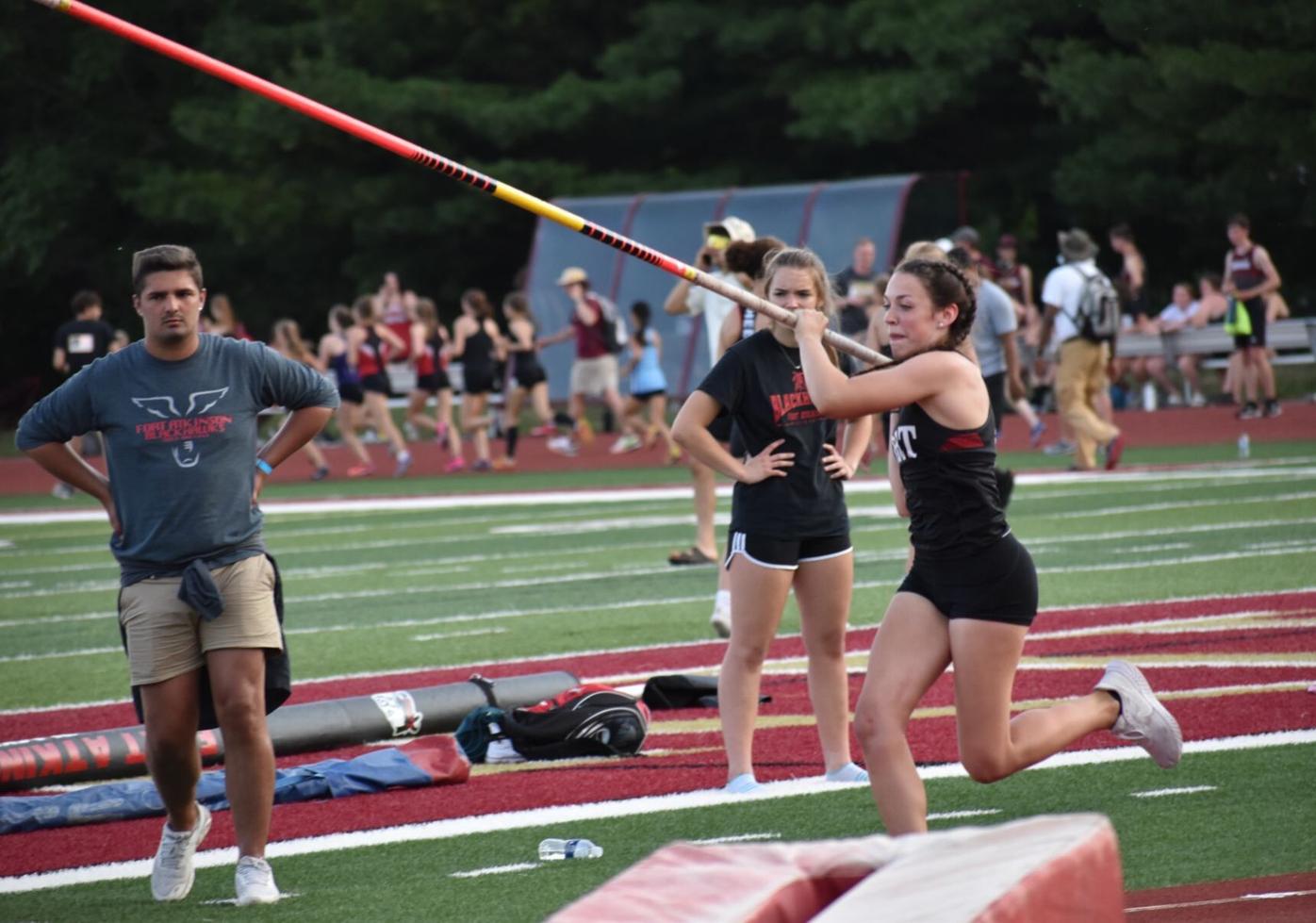 Fort Atkinson’s Eli Koehler lunges past the finish line during the 1,600-meter relay at the Badger South Conference Meet Tuesday at Madison Edgewood High School. The Blackhawks took second in the event.

Other first-place finishes for Fort Atkinson included Travis Sykes in the triple jump and Jada Zorn in the 800-meter run.

Evans won both the discus and shot put. Evans cruised to the discus title with a distance of 157-07. The second-place throw came in at 141-05.

“I’m really happy for him and the way his season has turned out,” Fort Atkinson head coach Dennis Schwedrsky said.

“In the last five days he’s gone from not being on our top-10 list to being the No. 2 in school history (in discus and shot put). Seemingly in a blink of an eye, but if you watched all the work he’s done the last year and a half it’s not. You can see where it comes from. He’s a hardworking kid who wants to get better everyday.”

“I was incredibly proud of both the 1,600-meter races,” Schwedrsky said. “The boys were just on the wrong end of the lean. In both instances our kids just competed so hard. They were challenged, it was close and our kids refused to back down.”

Sykes leaped to a first-place finish in the triple jump with a distance of 42-04. He also grabbed third in the long jump with a 19-02.5.

“Another example of a young man who has worked really hard for four years,” Schwedrsky said. “He didn’t let missing the season last year hurt him, he used it as fuel to get better. I’m really happy he’s having the success he’s having and I think he has more.”

“What most impressed me was how she raced,” Schwedrsky said. “It was a close race, she was pushed. When she got pushed, she responded and didd’t wilt. She took control of the race. It’s almost as if a light went off in her head and she said, this is mine.”

Morgan Brown earned a third-place finish in discus with a 96-02.