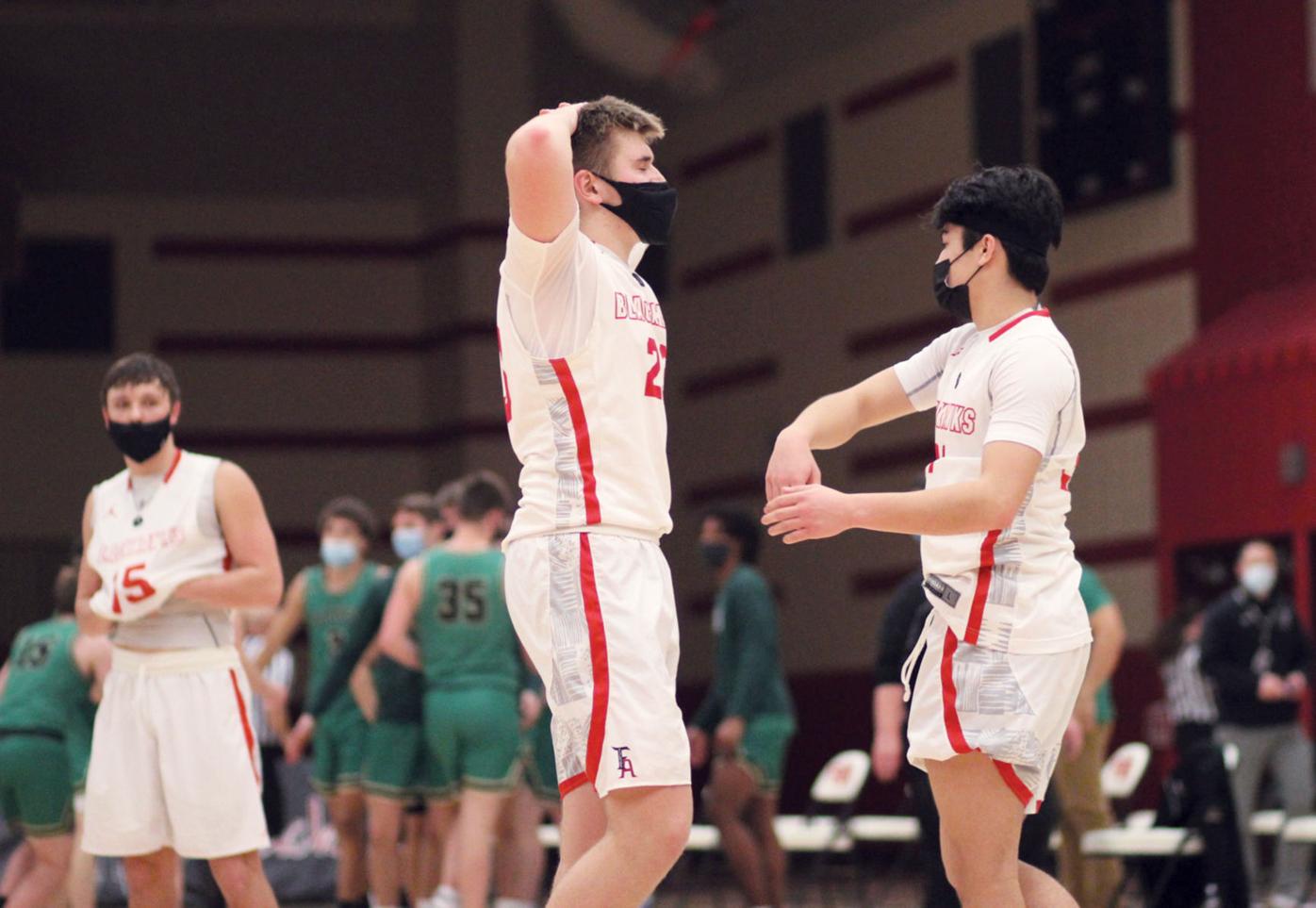 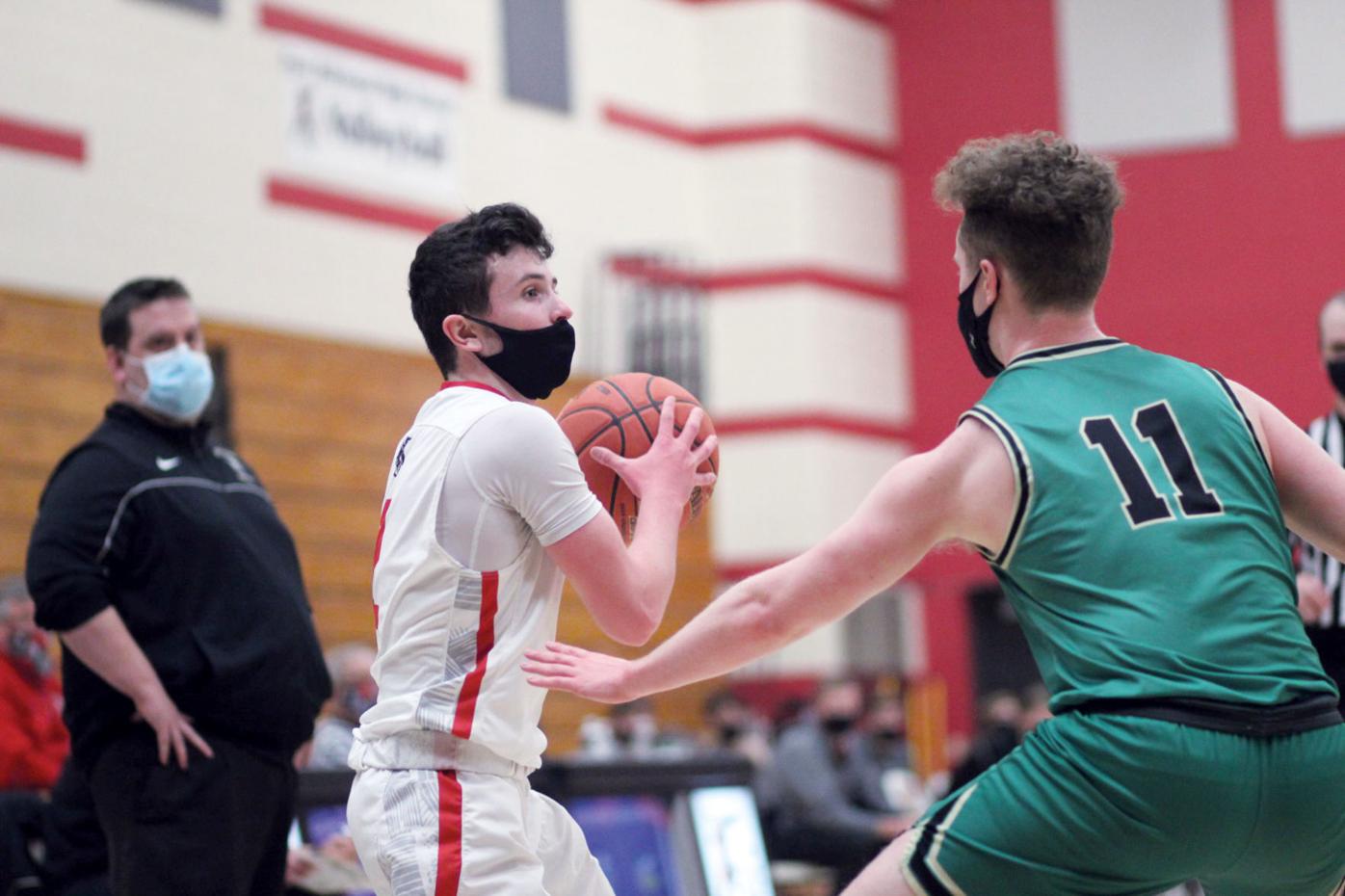 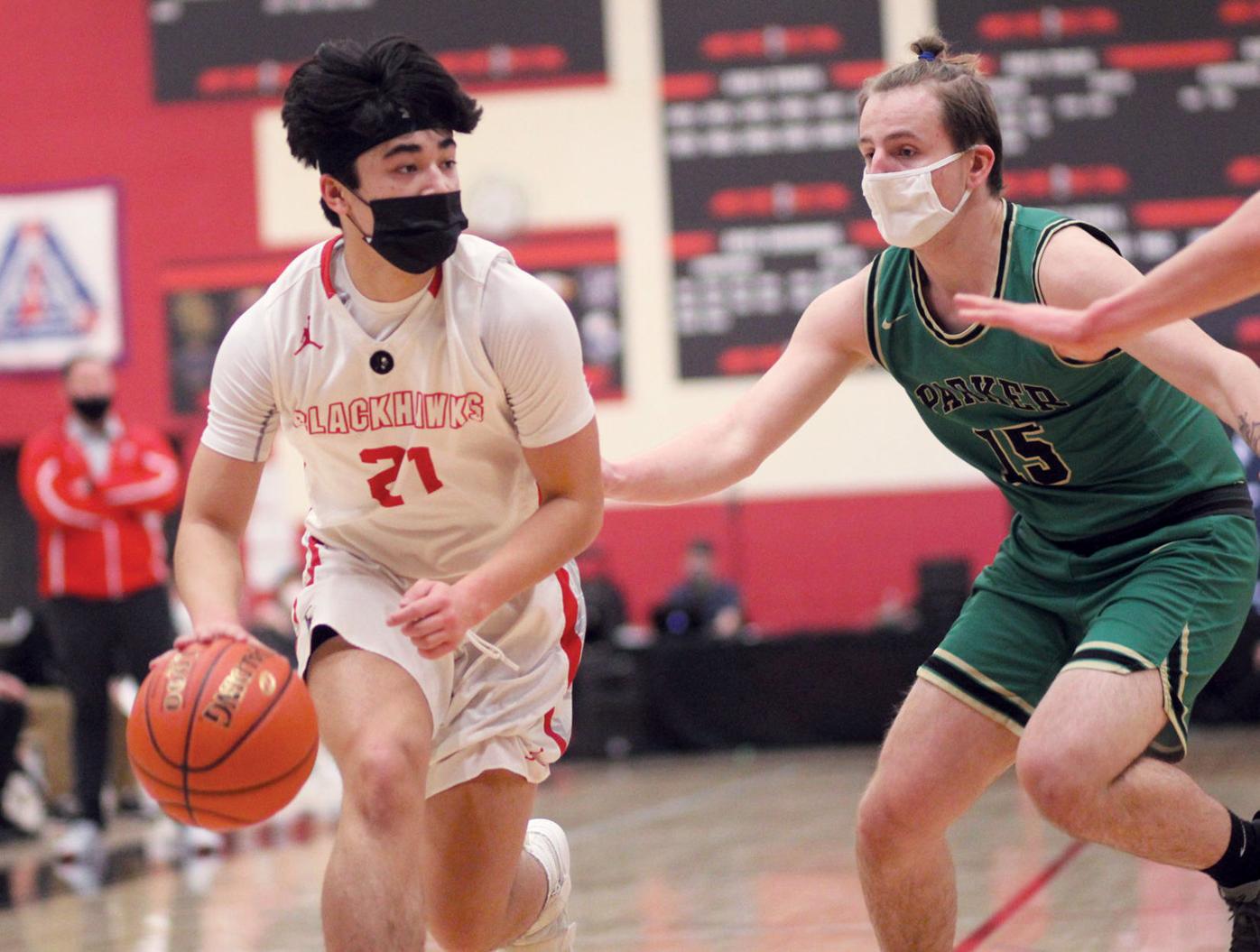 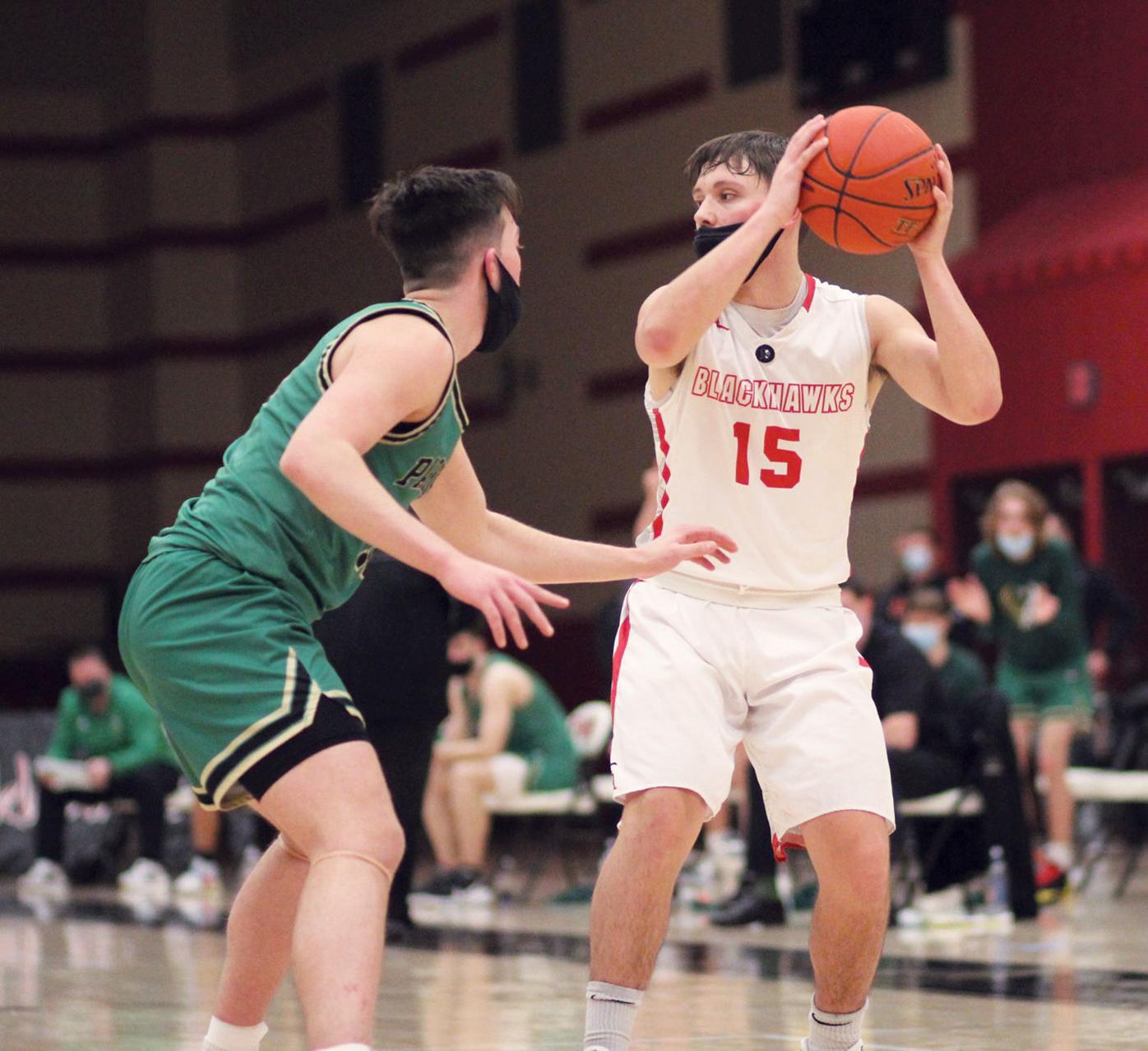 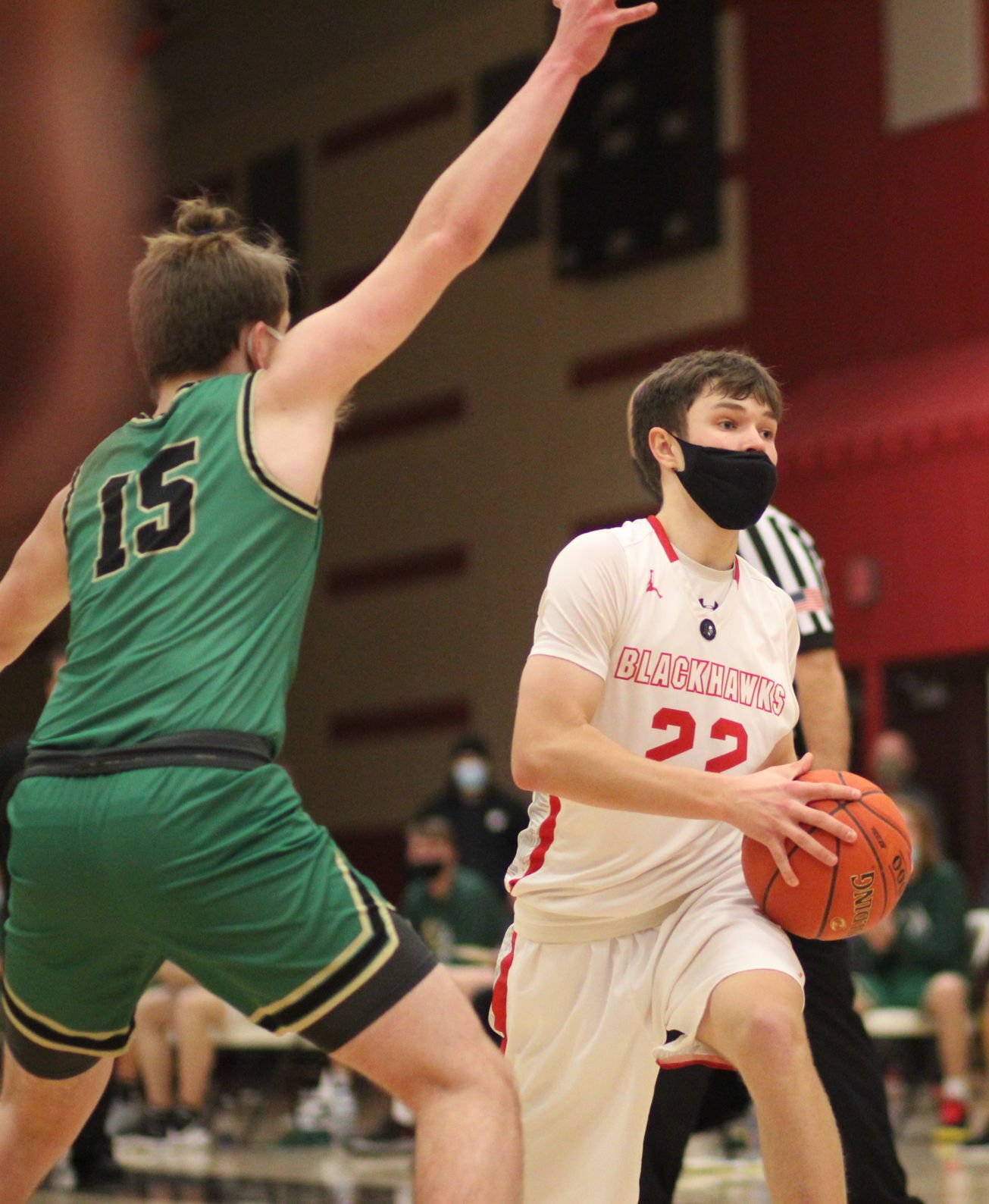 The Blackhawks needed just a bit more of it.

“It was kind of a microcosm of our season,” Fort Atkinson head coach Mike Hintz said. “We showed resilience, made plays, gave up plays. Never gave up. Just came down to them making some shots down the stretch and we didn’t.”

Fort Atkinson sophomore Logan Kees sent the game to overtime with a buzzer-beating 3-pointer at the end of regulation. The Blackhawks had a chance to once again tie at the end of the first overtime, but senior Greyson Wixom’s halfcourt heave fell short.

Fort Atkinson was plagued by cancelations throughout the season with the ongoing COVID-19 pandemic. That meant losing games against teams like Beaver Dam, Lake Mills and Monroe. Those are the games that could have sped up the Blackhawks’ improvement process. And instead of Fort Atkinson running out of time on Friday, maybe it would have been Parker.

“We’re so close. I think that’s the part that hurts the most,” Hintz said. “We had lots of opportunities to have a better result. I can’t help but wonder not losing those games gives us more opportunity to help us do the things we needed to do to win.”

The Blackhawks (9-6) started off quick with a 6-0 run to start the game, forcing a Parker timeout with 16 minutes, 14 seconds left in the first half.

The first real separation of the second half came when the Vikings were able to go on a 9-3 run to earn a 50-43 advantage with 6:23 left in regulation.

From there, Parker led for the rest of the second half until the scoreboard hit zeros.

Inbounding down 59-56 with 9.6 seconds to play, the Blackhawks got the ball into Carson Baker. The junior gave it up to Cade Cosson — who tried to give it back to Baker, but was denied a passing lane. Stuck without a dribble at the top of the key, Cosson found Kees on the right-wing.

As the buzzer sounded, the sophomore’s 3-point attempt swooshed through the net.

“That’s one of his best spots to shoot from,” Hintz said. “The game of basketball is not 100 percent, but I felt really good about him giving us a chance there. To his credit, it’s now the second time he’s done this. He’s got a chance to be a really special player. I was happy for Cade not to panic. Most kids in the situation just throw up a prayer. Cade just stayed patient.”

Parker led the overtime 66-63 after a 3-pointer from senior Ethan Thompson with 1:49 to go.

Then things got weird.

On the next possession, Baker got fouled by Thompson going for a loose ball, which prompted a bonus attempt at the free-throw line. However, Thompson also was called for a technical foul on the play. Baker went on to knock down all four free throws and Fort Atkinson regained possession up one point with 1:33 to play.

Cosson knocked down one-of-two free throws to make it 68-66 with 1:10 left in overtime. Weis knocked down a pair from the free-throw line on the other end, but Fort Atkinson regained the lead with 31.2 after junior Drew Evans connected on his own pair of free throws.

With 18 seconds left, it was redemption time for Thompson. The senior drilled a 3-pointer on the left wing to give Parker a 71-70 lead.

On the next possession, Baker was blocked at the rim and the Vikings grabbed the rebound with 4.4 seconds remaining.

“We chose not to take a timeout when we were down by one,” Hintz said. “We had a guy open and we practiced that scenario, I don’t like teams getting a chance to get set. I trust Carson with the basketball.

“I trust Carson 100 percent. Saving that timeout actually gave us a chance if something didn’t work.”

After an intentional foul, Parker made the second of two free throws. Fort Atkinson turned the ball over on the inbounds and the Vikings once again made one-of-two free throws.

A halfcourt attempt from Wixom was on line, but fell short as the buzzer sounded.

The Blackhawks’ junior duo of Baker and Evans finished with 16 points each.

“The frustration of the day was that we had Drew Evans open a number of times and either Parkers’ perimeter defense took that away from us or we just couldn’t find him,” Hintz said. “That’s my big regret, that he didn’t get the ball more often.”

Weis finished with a game-high 24 points for the Vikings.

“He’s kind of a freak with his size,” Bredesen said. “He’s 6-foot-5 and is able to have guard skills and get to the rim. He’s obviously difficult to match up with.”

Despite playing just 15 games, Fort Atkinson’s nine wins are the most since the 2015-2016 season. A big reason for the turnaround, the Blackhawks’ senior class. The team’s 12th graders include Jackson Fenner, Andrew Glisch, Eli Schweiger, Alex Glisch, Ryan Burke and Wixom — who Hintz called another coach on the court.

“We’re going to miss him (Wixom) immensely,” Hintz said. “The leadership he’s taught to Carson, Cade, Drew and our younger levels...Is going to be a huge void we have to fill.

“My challenge to the younger kids is you need to work your tails off to reward them for what they’ve (seniors) done four us. If the guys underneath them don’t improve, get bigger and stronger, they’re not doing this senior class justice then. I trust the younger guys will honor what they tried to build.”