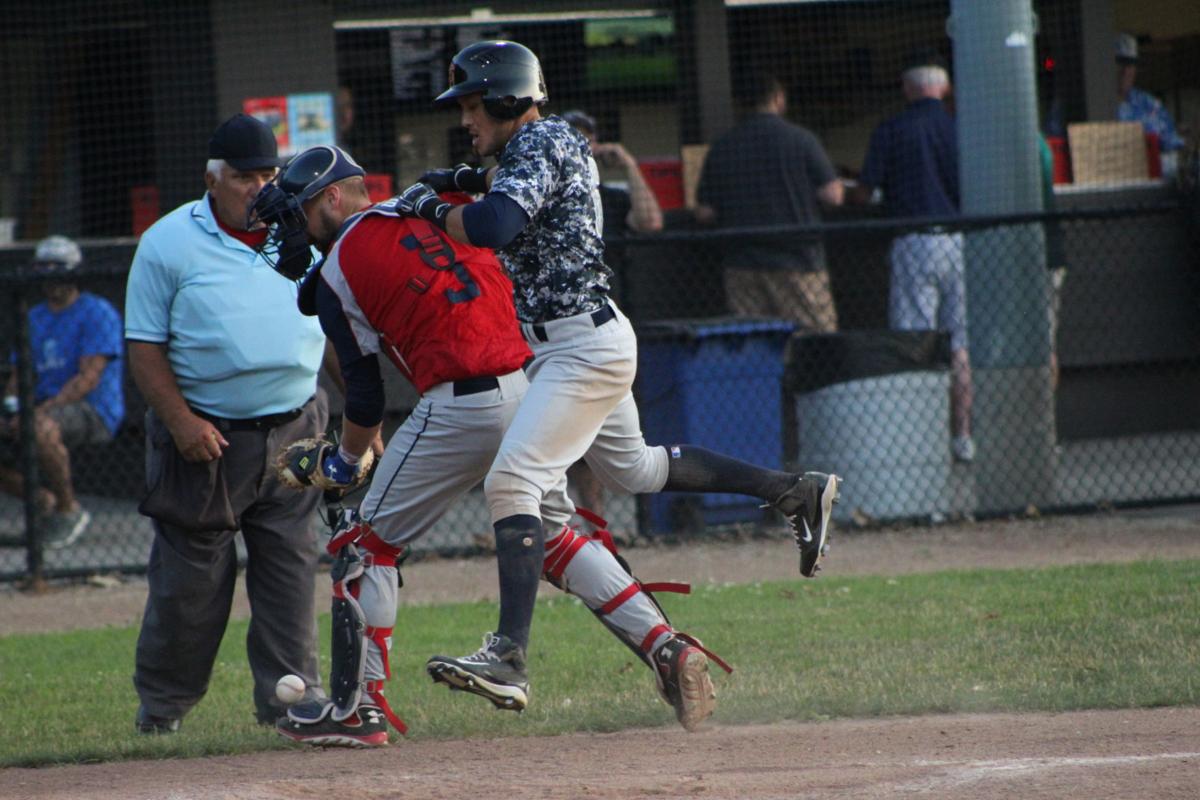 Fort Atkinson catcher Cam Wolters attempts to locate the ball after a play at the plate with Stoughton’s Ervin Medina, who scored on the play. 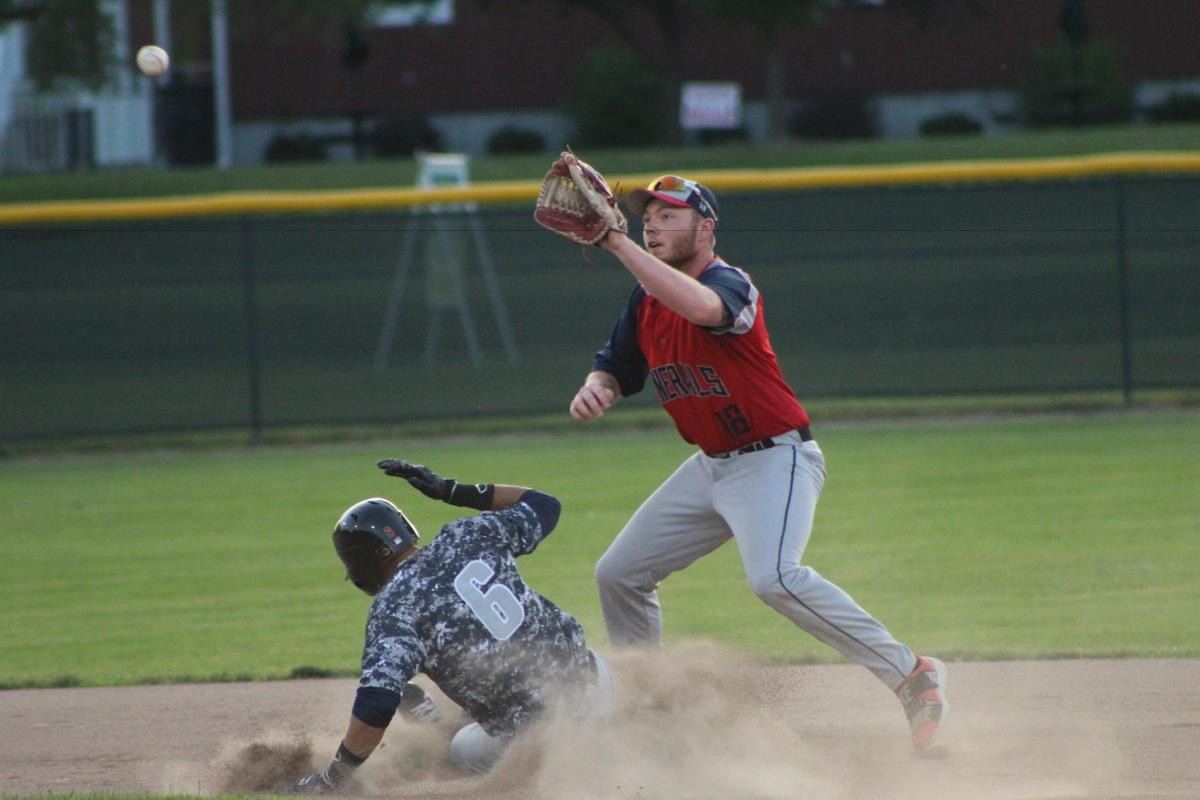 Fort Atkinson catcher Cam Wolters attempts to locate the ball after a play at the plate with Stoughton’s Ervin Medina, who scored on the play.

The Fort Atkinson Generals couldn’t quite keep their perfect record going Thursday in a Home Talent Night League game against Stoughton as the visiting Merchants handed them a 5-4 loss at Jones Park.

Stoughton scored five runs in the first two innings and held on. The Generals chipped away with two runs in the sixth and two more in the seventh inning.

Fort Atkinson went into the matchup with the Merchants (3-2) with a 4-1 record, the only undefeated team left in the East standings after Cottage Grove (4-1) lost to Cambridge.

Skyler Schmuck was 2-for-3 with two runs scored out of the eighth spot in the batting order. Cory Schoenherr had a pair of hits including a two-run single in the seventh.

Lead-off batter Ty Schieber struck out to end the game with the tying run (Matt Sweeney) on second base.

Drew Dunkleberger was hooked with the loss on the mound. He pitched three innings and gave up five hits and four walks. All five runs were earned. Austin Paul entered in relief and gave up four hits and two walks.

Up next for the Generals will be a Home Talent Sunday League game in Jefferson on Saturday at 1 p.m., while their next Night League game will be Thursday at Waterloo at 7:30 p.m.