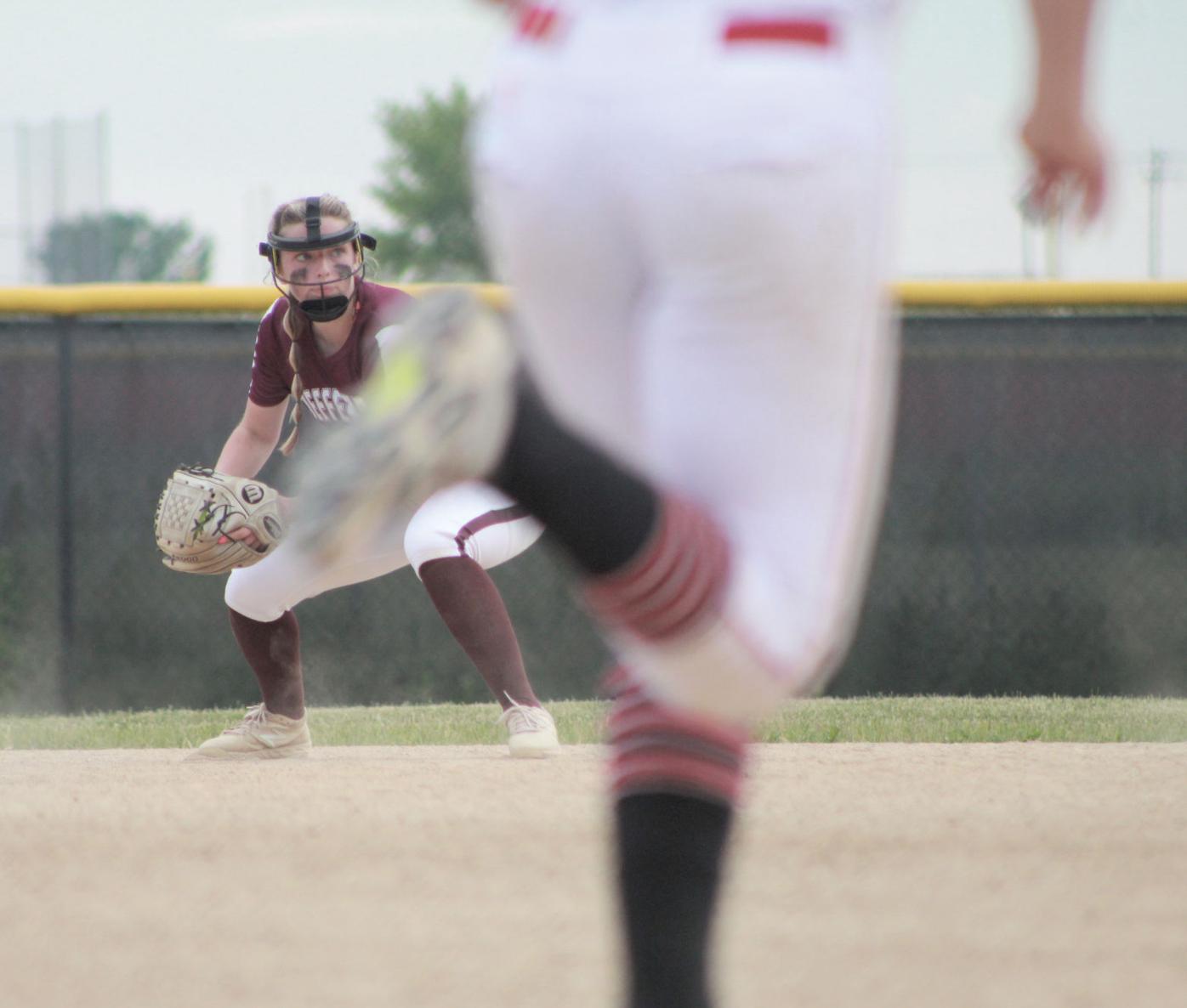 Jefferson second baseman Brittney Mengel fields a ground ball as a hitter runs to first base during a nonconference game against the Blackhawks Monday at Fort Atkinson High School. 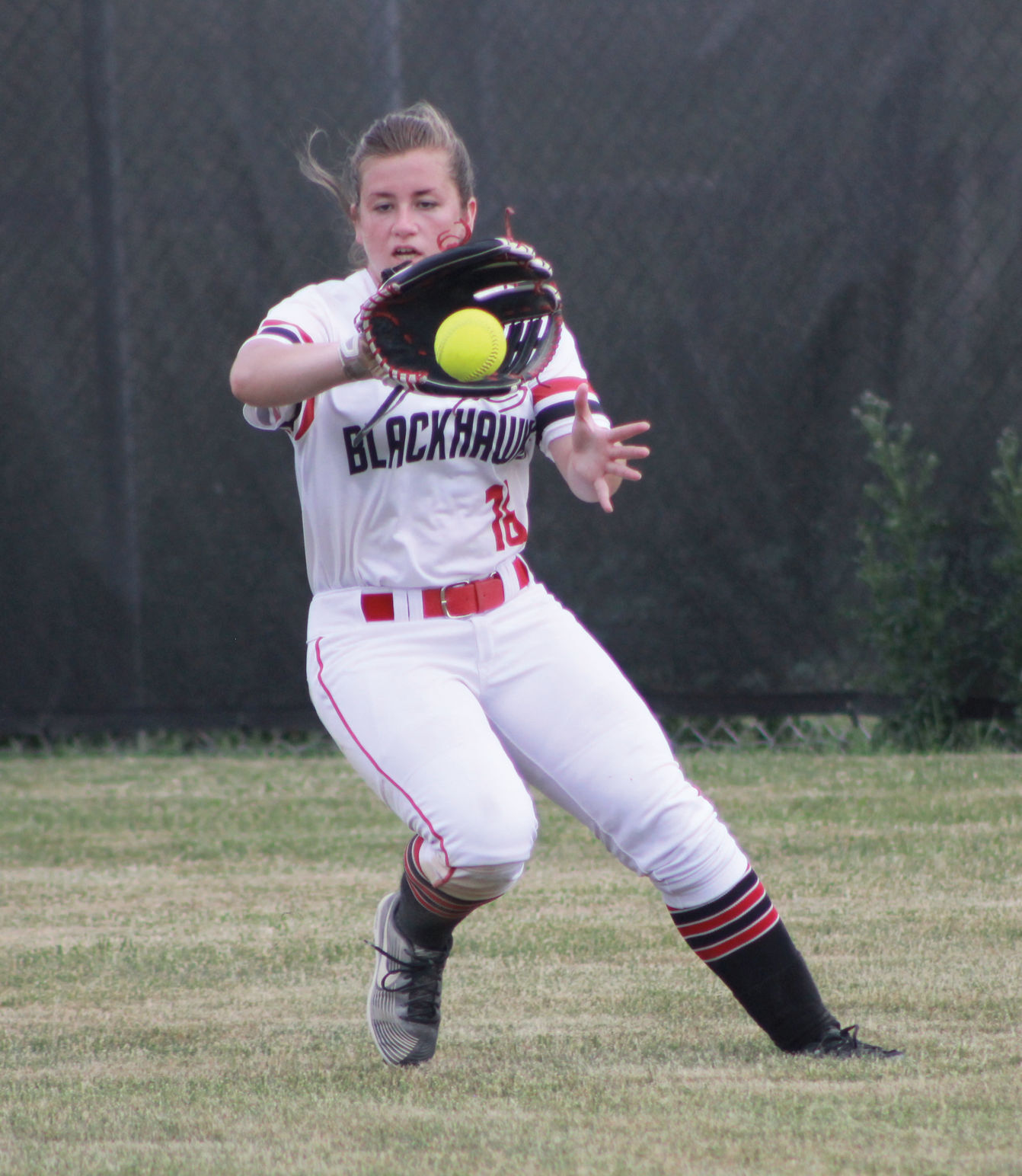 Fort Atkinson’s Alex Theriault fields a base hit in the outfield during a nonconference game against Jefferson Monday at Fort Atkinson High School. 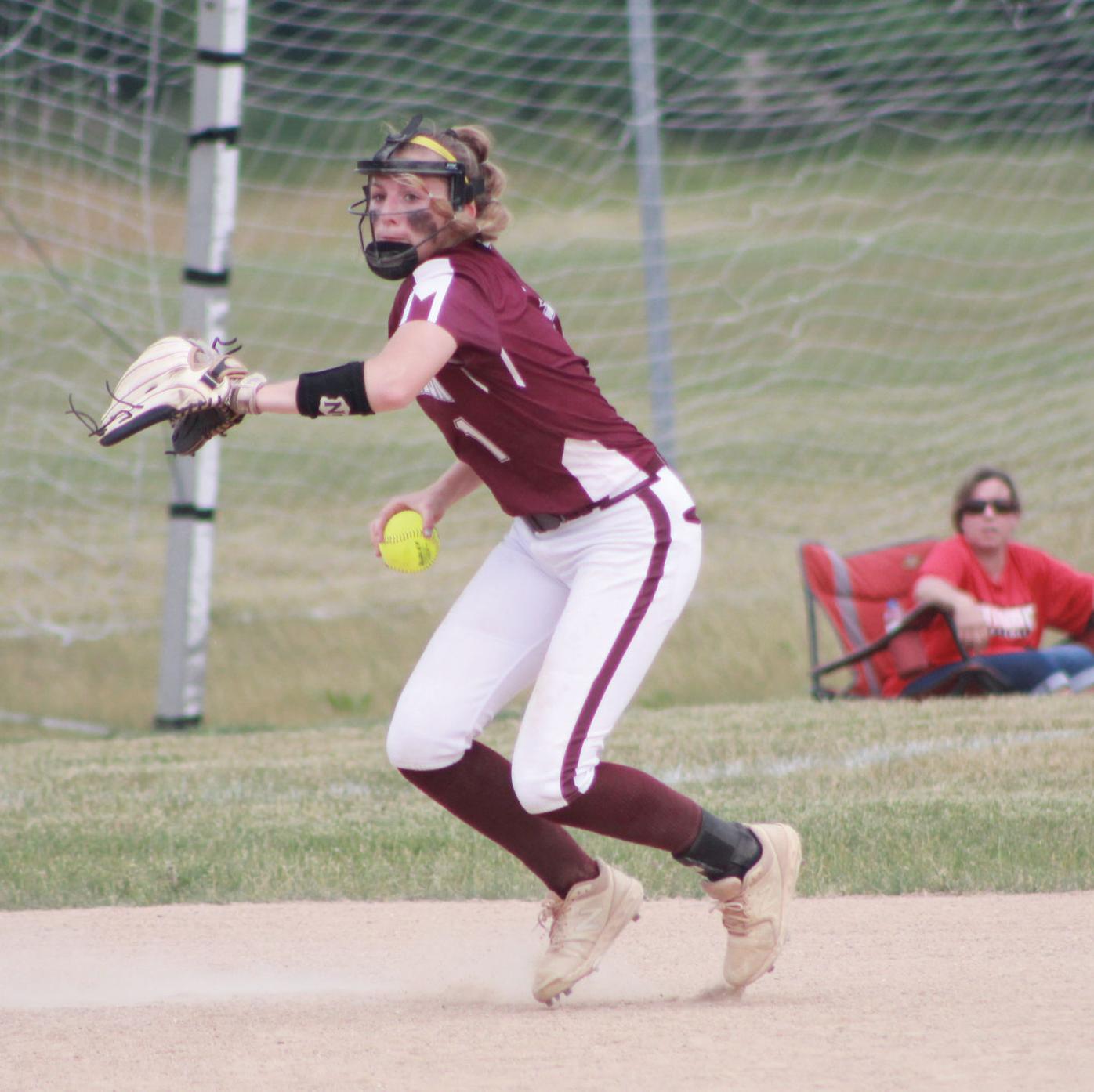 Jefferson shortstop Savannah Serdynski gets ready to throw to first base during a nonconference game against Fort Atkinson Monday at Fort Atkinson High School. 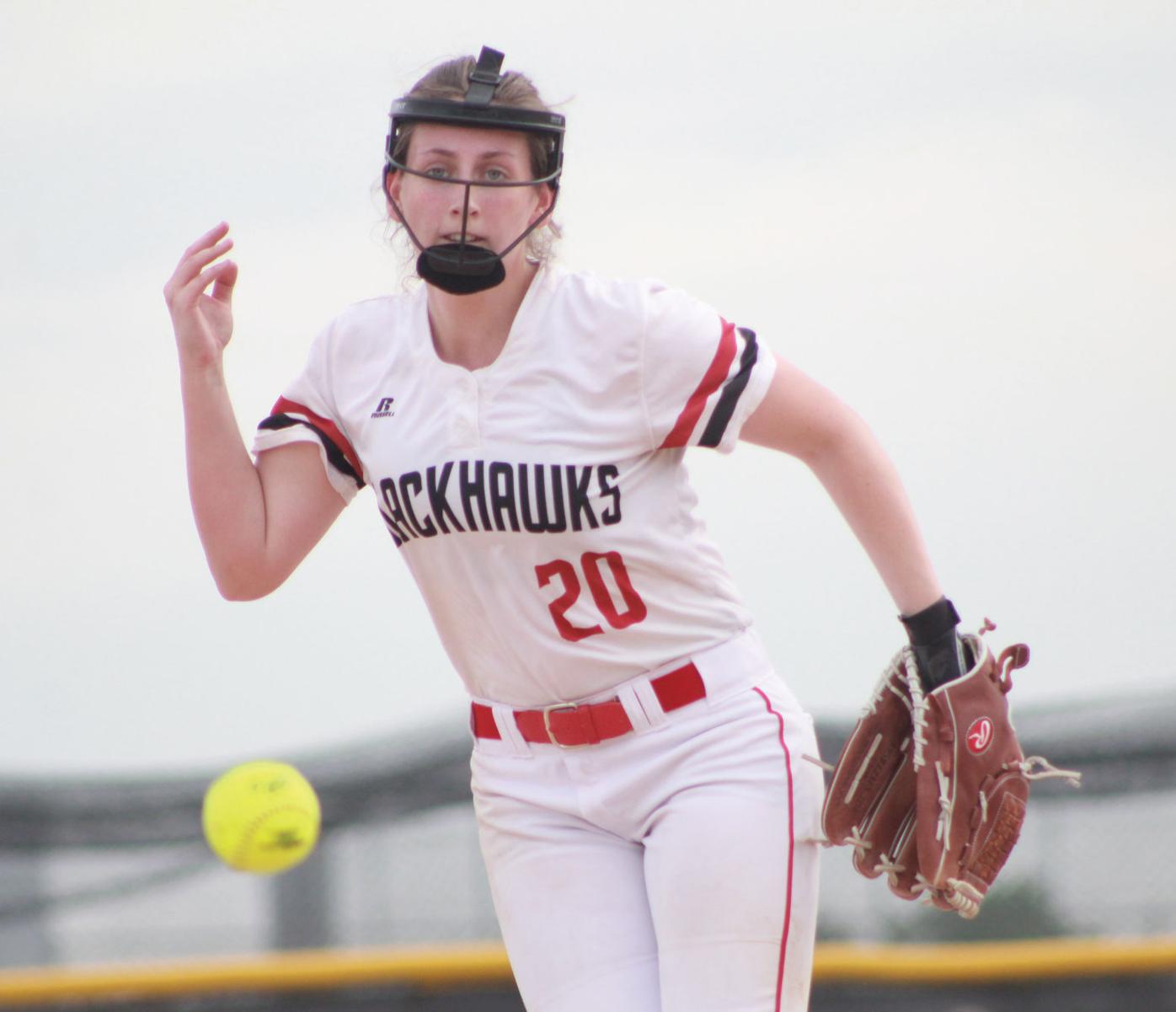 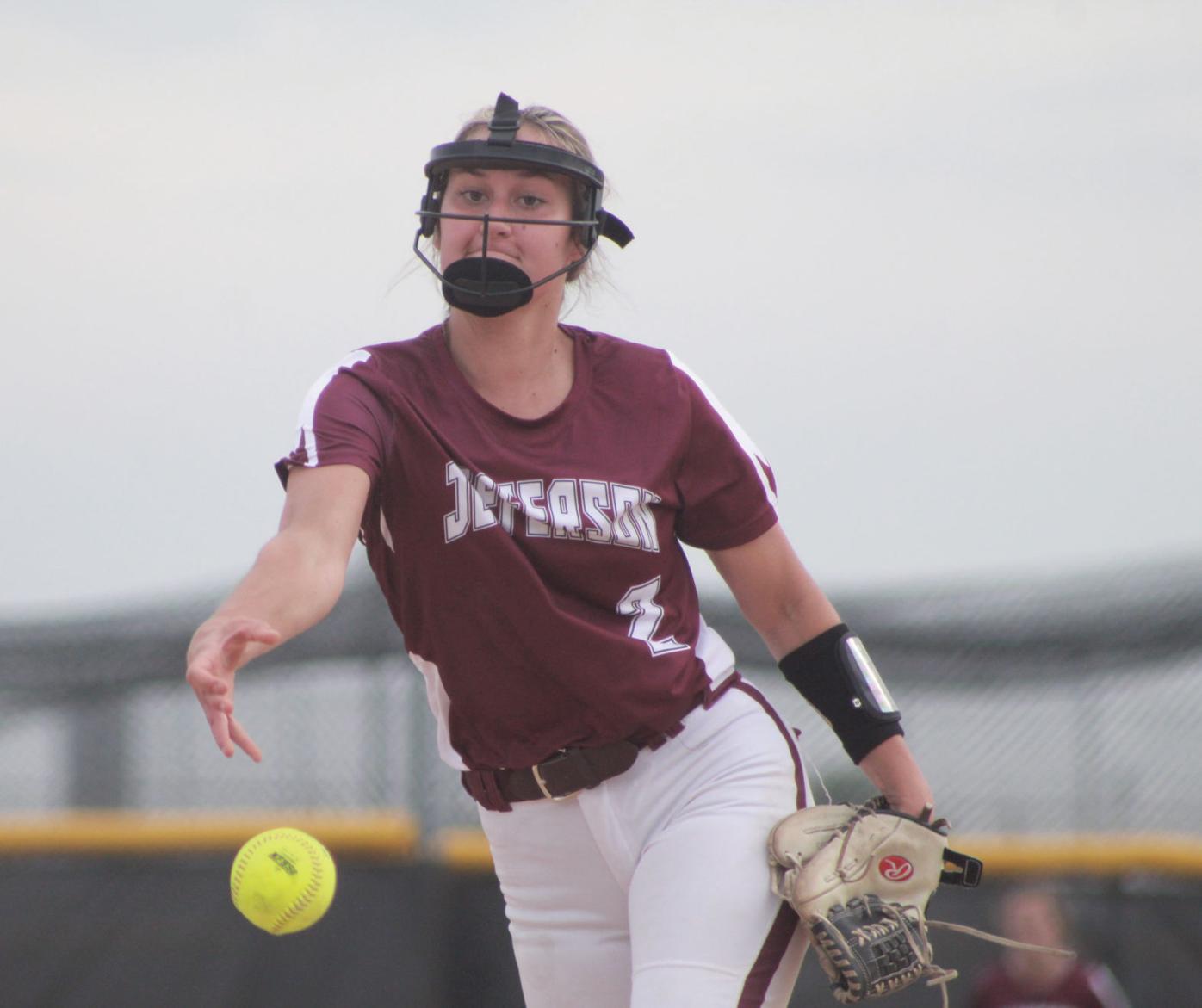 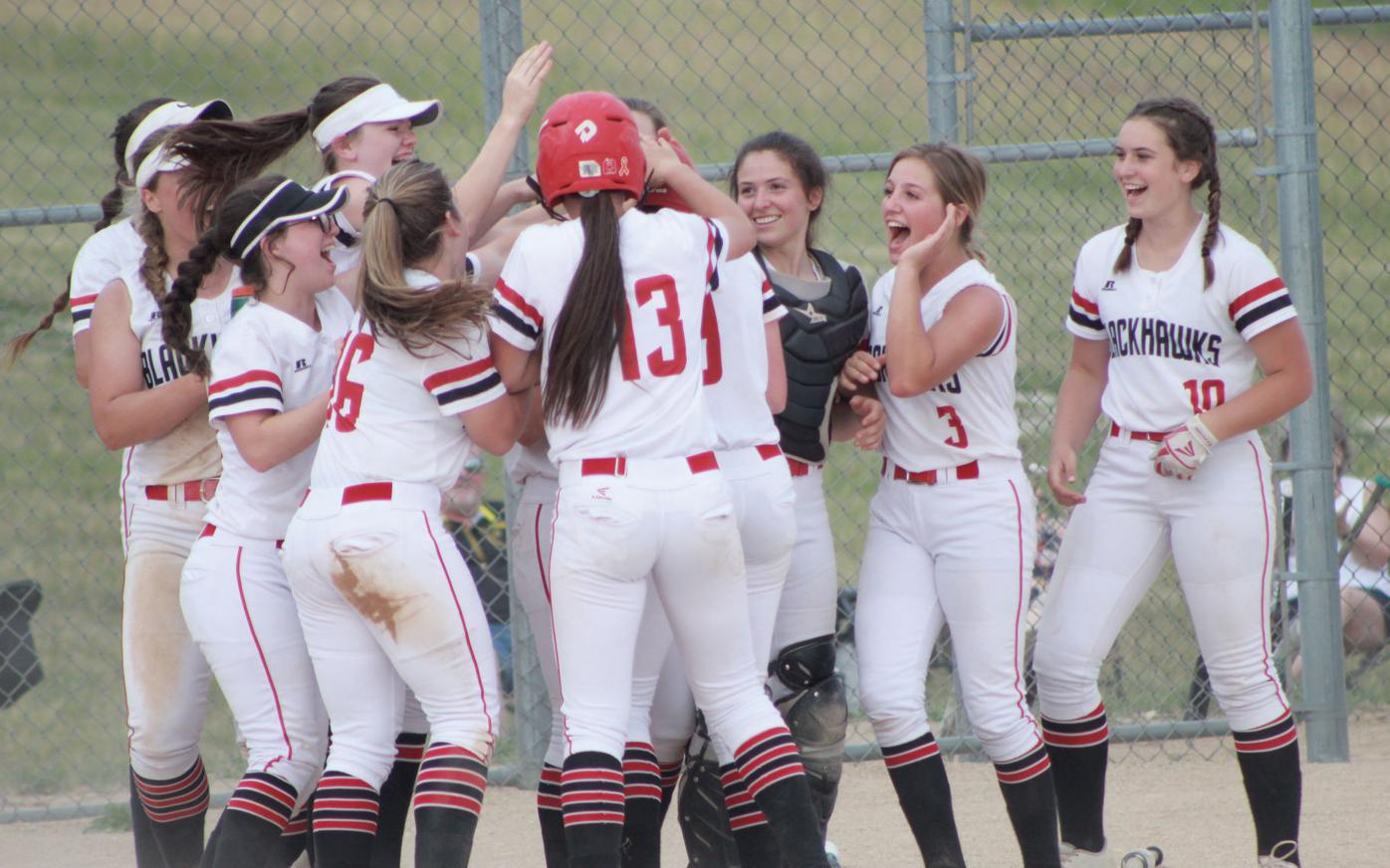 Jefferson second baseman Brittney Mengel fields a ground ball as a hitter runs to first base during a nonconference game against the Blackhawks Monday at Fort Atkinson High School.

Fort Atkinson’s Alex Theriault fields a base hit in the outfield during a nonconference game against Jefferson Monday at Fort Atkinson High School.

Jefferson shortstop Savannah Serdynski gets ready to throw to first base during a nonconference game against Fort Atkinson Monday at Fort Atkinson High School.

Jefferson has not had to face a lot of late-game nerves this season.

It comes with the territory of being 19-0.

On Monday Jefferson entered the fifth inning tied with rival Fort Atkinson, but responded with seven runs the final three frames to earn a 9-3 nonconference victory over the Blackhawk softball team.

“You want to put yourselves under pressure, it’s easy to play when you are up by 10,” Jefferson head coach Mark Peterson said. “How are you going to respond when the game is tied 2-2 for four innings? I’m proud of how Julia (Ball) responded, how the defense responded and proud of how the offense got it going when we needed to. You want to be in those situations against good teams.”

She finished with five hits, three runs and a pair of strikeouts.

“It was really nerve-wracking, a lot of these girls are my former and current teammates for my travel team,” Ball said. “I was super nervous on the mound, but my team helped me a lot with that and helped me stay positive.”

For Fort Atkinson (10-7), the bats stalled for the most part after scoring two runs in the first inning.

“They’re a good team, no one has beat them,” Fort Atkinson head coach Brian Bosch said. “For us to play well for four innings was encouraging. I’m not going to say it was a moral victory because it was a 9-3 loss.”

Early on Jefferson took advantage of two Fort Atkinson errors in the top of the first inning, scoring twice to take a 2-0 lead.

The Blackhawks responded in the bottom-half of the inning when Alexis Jacobson bunted into a fielder’s choice to score Alex Theriault. Another fielder’s choice from Kaitlyn Burke scored Kiarra Kostroski, tying it at 2-2.

“I don’t think we had a very good top of the first inning but I was happy with the way we answered back,” Bosch said.

Jacobson — who was Fort Atkinson’s starting pitcher — and Ball found their groove in the circle the next three innings as both offenses were shutout.

“She (Jacobson) did a really good job of mixing,” Bosch said. “She was throwing all of her pitches, and her changeup was really nice tonight.”

But the Eagle offense picked things up in the bottom of the fifth when Aidyn Messmann doubled on a line drive to left field, scoring leadoff hitter Savannah Serdynski and Eden Dempsey.

Ball helped her cause out on the mound with a sacrifice fly to right field, which scored Claire Beck, making it 5-2.

Ball got back to work in the circle, forcing a pair of ground outs and a pop out to end the inning in three batters.

Jefferson once again was ready at the plate in the sixth inning.

Serdynski singled in Lindsey Krause and Brittney Mengel doubled in Serdynski to extend the lead to 7-2. Beck then knocked in Mengel off a double and Messmann drove in Beck with a line-drive single.

“Seeing the pitcher a couple times helped,” Ball said. “The first couple innings we were super nervous and in our heads.”

A ground out ended the inning.

Down 9-2 in the bottom of the sixth, Alyssa Heagney got hold of a 2-0 pitch to connect on her first-career home run for Fort Atkinson.

“Proud of her, happy for her,” Bosch said. “I don’t think from our coaching staff’s perspective it’s unexpected. She’s a strong kid. We were kind of waiting for it to happen. That was cool to see.”

There would be no late rally for the Blackhawks however, as the homer proved to be the final run of the contest.

Heagney went 2-for-3 for the Blackhawks.