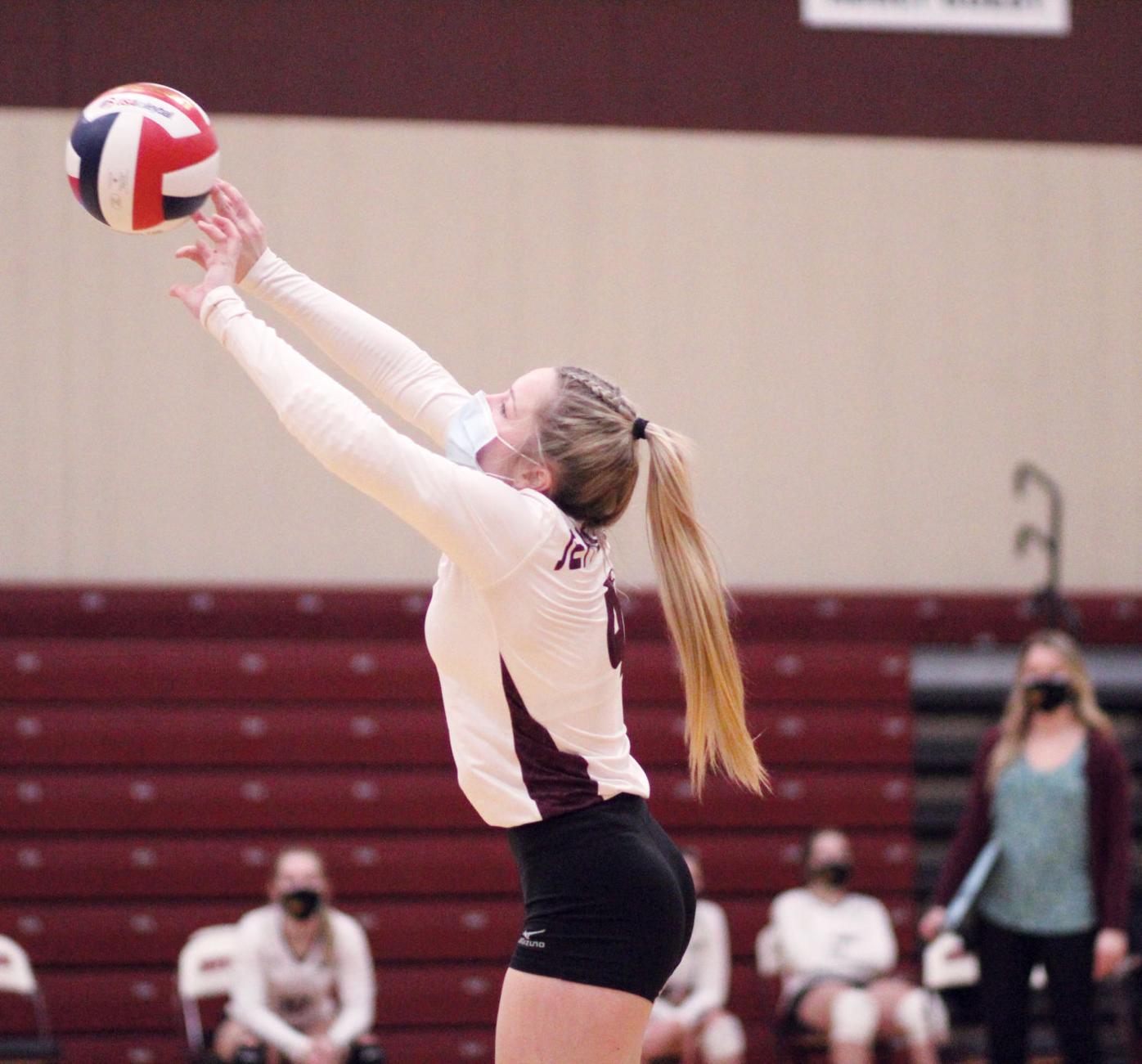 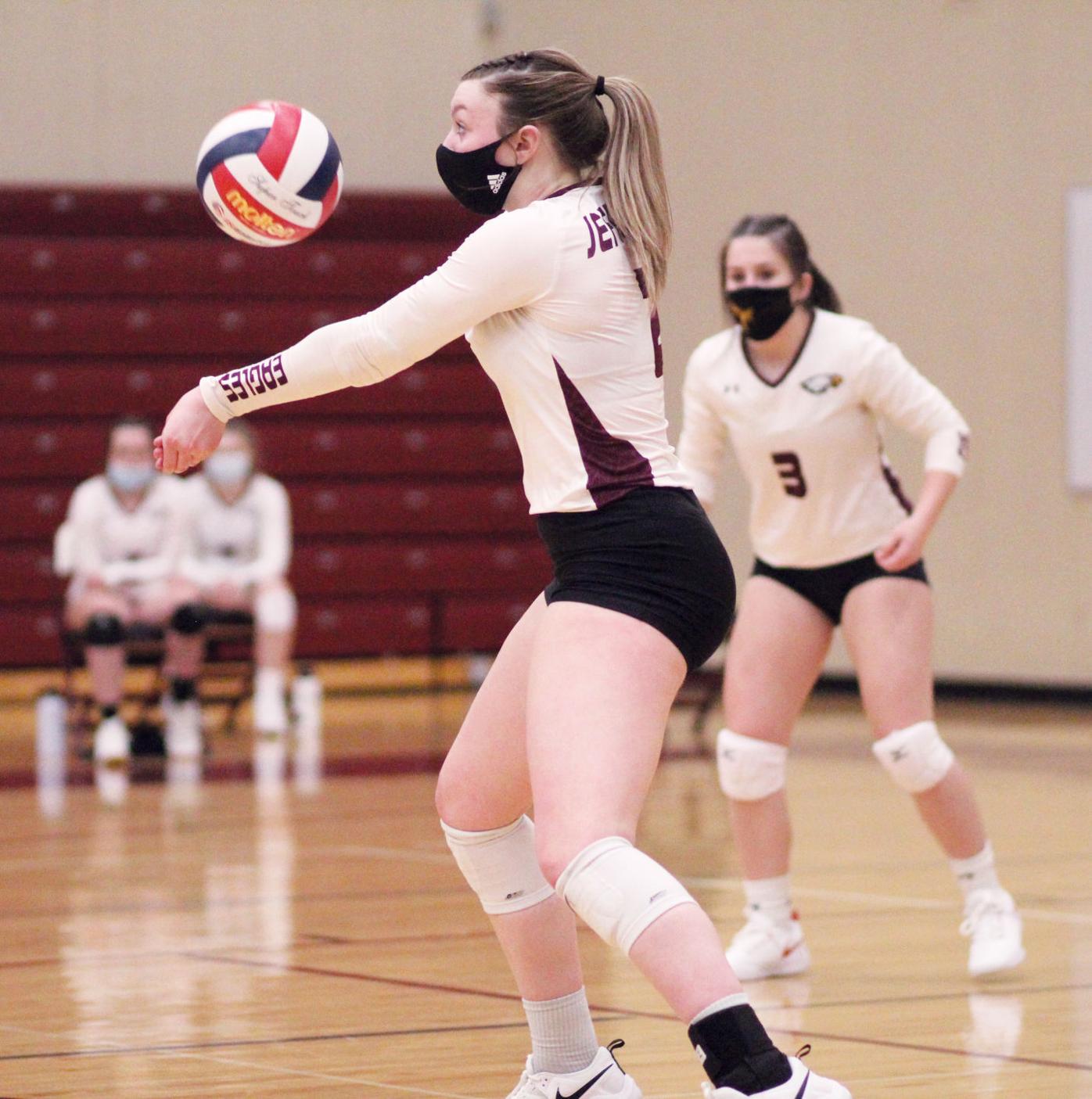 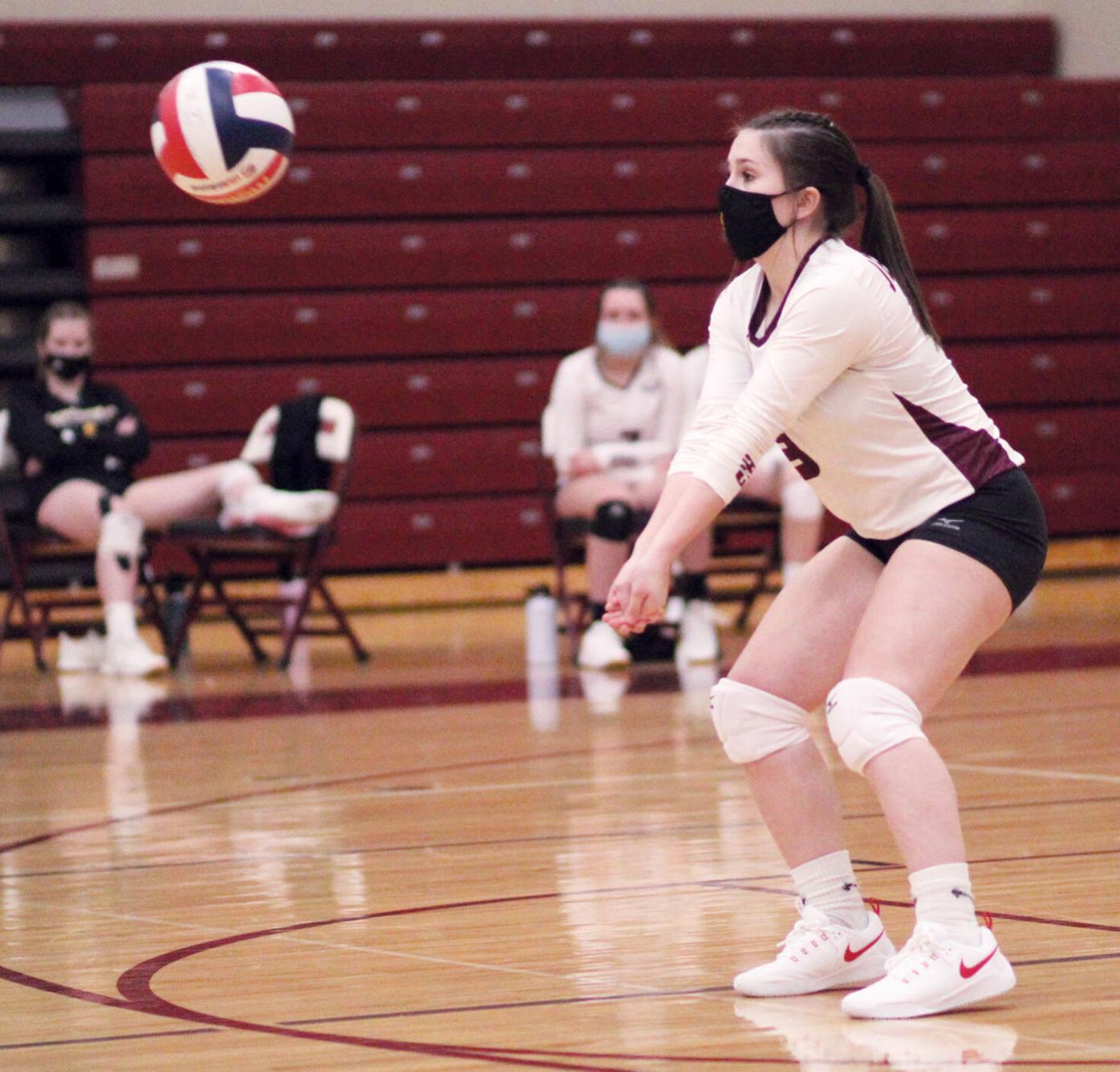 JEFFERSON — There is no better way to test a young team than a season-opening matchup against the reigning conference champions.

The Jefferson volleyball team started up its season with a 25-13, 25-15, 25-12 loss to McFarland Tuesday night at Jefferson High School.

Jefferson earned an early 3-1 lead before McFarland — who won the Rock Valley Conference last season with a 9-0 record — scored eight of the next 12 points to take a 9-7 advantage. The Spartans then went on a 12-4 run to make it 21-11, forcing an Eagle timeout.

Jefferson stopped the run out of the break with a point, but ended up losing the first set 25-13.

McFarland continued to roll with their set-one momentum in the second when the Spartans took a 7-1 lead. The Eagles weathered the storm, however, going on a 6-4 spurt to make it 11-7.

But four straight McFarland points forced a Jefferson timeout as the board read 15-7 during the break. The Eagles scored four straight points down 24-11, but the Spartans were able to close out the second 25-15.

It was more of the same in the third set as McFarland held Jefferson to its lowest-set total in the match, winning 25-12.

Junior Aidyn Messmann recorded a team-high three kills, while sophomore Mackenzie Thom added two kills in the loss. Messmann and junior Presley Biwer both had 1.5 blocks, tied for a team-high.

Biwer, Thom and junior Emily Zilisch all served up one ace on the night and junior Savannah Serdynski finished with a team-high six assists.

Kilar led the Whippets with 18 kills, while Bullis added 16 kills.

Caleigh Yang recorded a team-best 18 digs. Bullis and Kilar collected 16 and 14 digs, respectively. Senior setter Cora Linos had 31 assists on the night to go along with a block. Bullis and Kilar each connected on four aces in the victory.