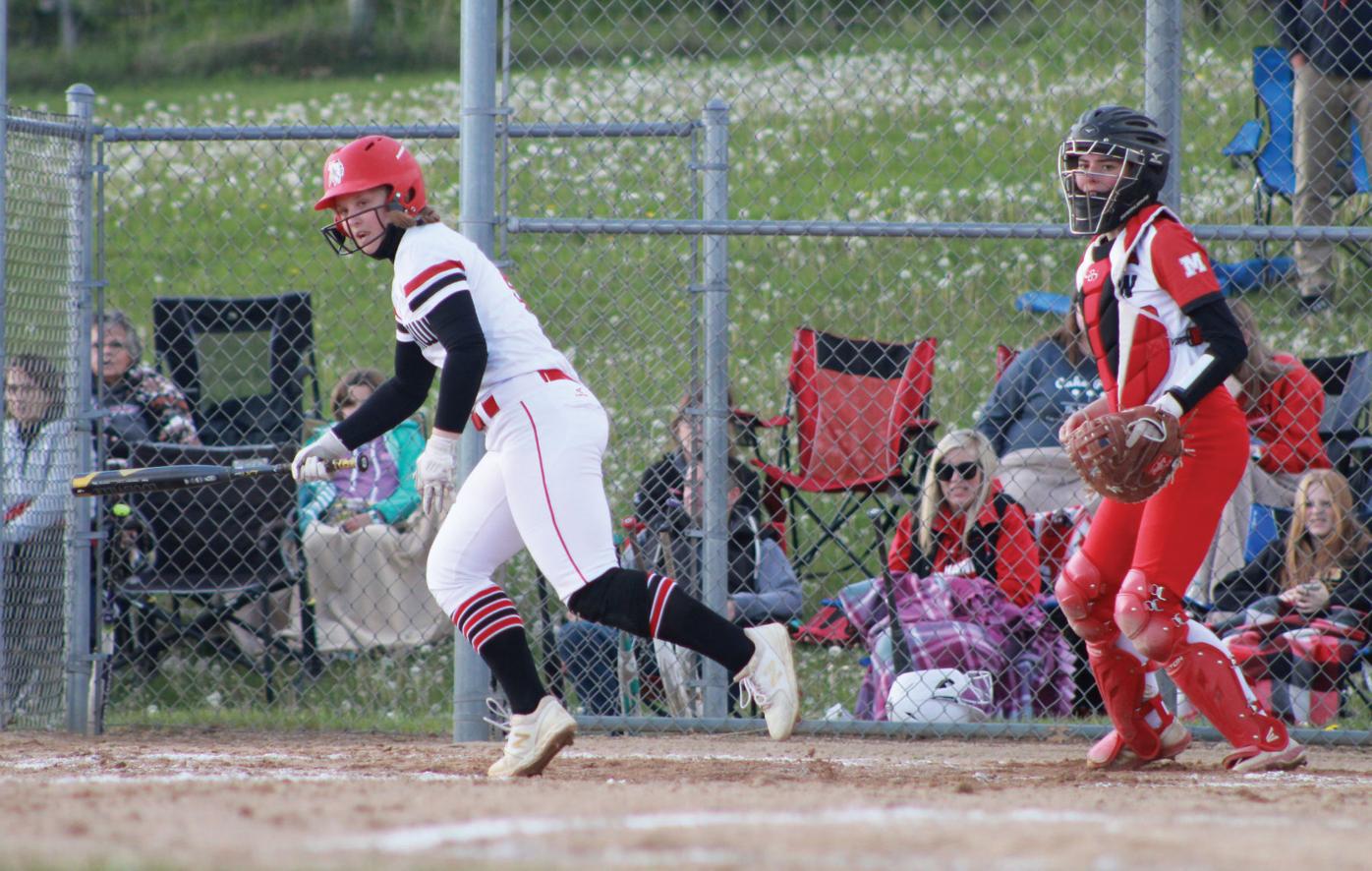 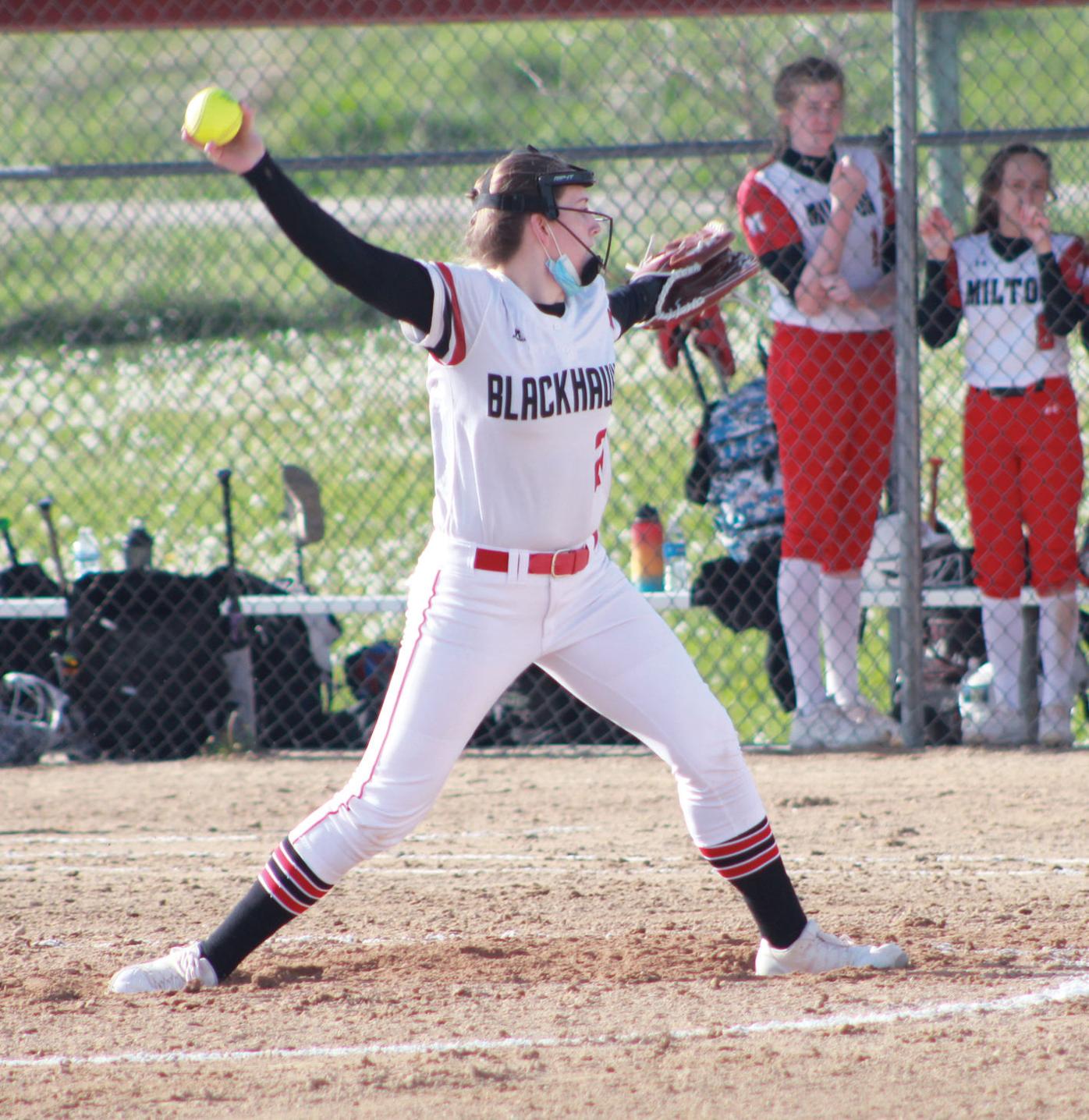 A six-run sixth helped the Fort Atkinson softball team break away from a one-run game to earn a 10-3 Badger South victory over Milton Tuesday at Fort Atkinson High School.

The Blackhawks led 4-3 going into the bottom of the sixth inning before Fort plated six runs.

Gwen Baker tossed six innings for Milton, striking out five and allowing four earned runs on 95 pitches. Kelly Hanauska led the Red Hawk offense with a 2-for-4 performance, which included an RBI. Morgan Kenyon also recorded a hit and RBI for Milton.

The Red Hawks committed six errors in the loss.

WHITEWATER — The Cardinals earned a decisive Rock Valley victory over the host Whippets on Tuesday.

McKenna Young pitched five innings in the shortened game for Brodhead, allowing one hit. The Whippets collected just two hits in the defeat.

“When Young is on like she was today, Brodhead is a very tough team,” Whitewater head coach Ron Sdano said. “They play good defense and can hit the ball.”

LODI — Lake Mills’ offense exploded to the tune of eight first-inning runs in a Capitol North victory at Lodi on Tuesday.

Starter Taylor Roughen struck out four over two no-hit innings to earn the decision while Avery Chilson gave up two hits and one earned, striking out three, in three frames.

Syd Schwartz’s RBI single followed by a Chilson three-run double made it 4-0 with one down in the opening half inning. Ava Klienfelt and Belle Topel added run-scoring singles before a double by Tessa Kottwitz, who was 4-for-5 and scored twice, made it 7-0. Ellie Evenson, who was 2-for-4 and scored twice, had the innings final run driven in with a single to center.

Schwartz and Chilson each had three-hit games. Chilson had three RBI and Klienfelt had two runs driven across.

Lakeside trailed 7-1 heading into the bottom of the sixth inning, but scored three runs in both the sixth and seventh to send the game to extras.

After a scoreless top of the eighth, Shadoski drew a bases-loaded walk with two outs to end the contest.

Abby Meis drove in two runs off a pair of hits for the Warriors. Nora Statz scored three times and collected two hits. Kylee Gnabasik and Shadoski both recorded a pair of hits in the victory.

“This was a great come from behind win,” Lakeside head coach Matthew Doering said. “Any extra inning win is always a big boost for a team.

“The girls did a great job of staying focused and battling to the end. We had a rough inning in the middle of the game, but Kieghtan Rank kept battling and threw well. Our defense really came up big in the last half of the game.”

DEERFIELD — Bella Herman was strong in the circle, helping lead the Bluejays to a Trailways South victory over host Deerfield on Tuesday.

Herman pitched a complete game, allowing four hits and one earned run. She also collected six strikeouts. Kaiyli Thompson led the Johnson Creek offense with two hits to go along with a run and RBI.

Ashlee Ballmoos homered for Deerfield in the defeat. Dani Ament pitched all seven innings for Deerfield, allowing no earned runs while striking out five batters.