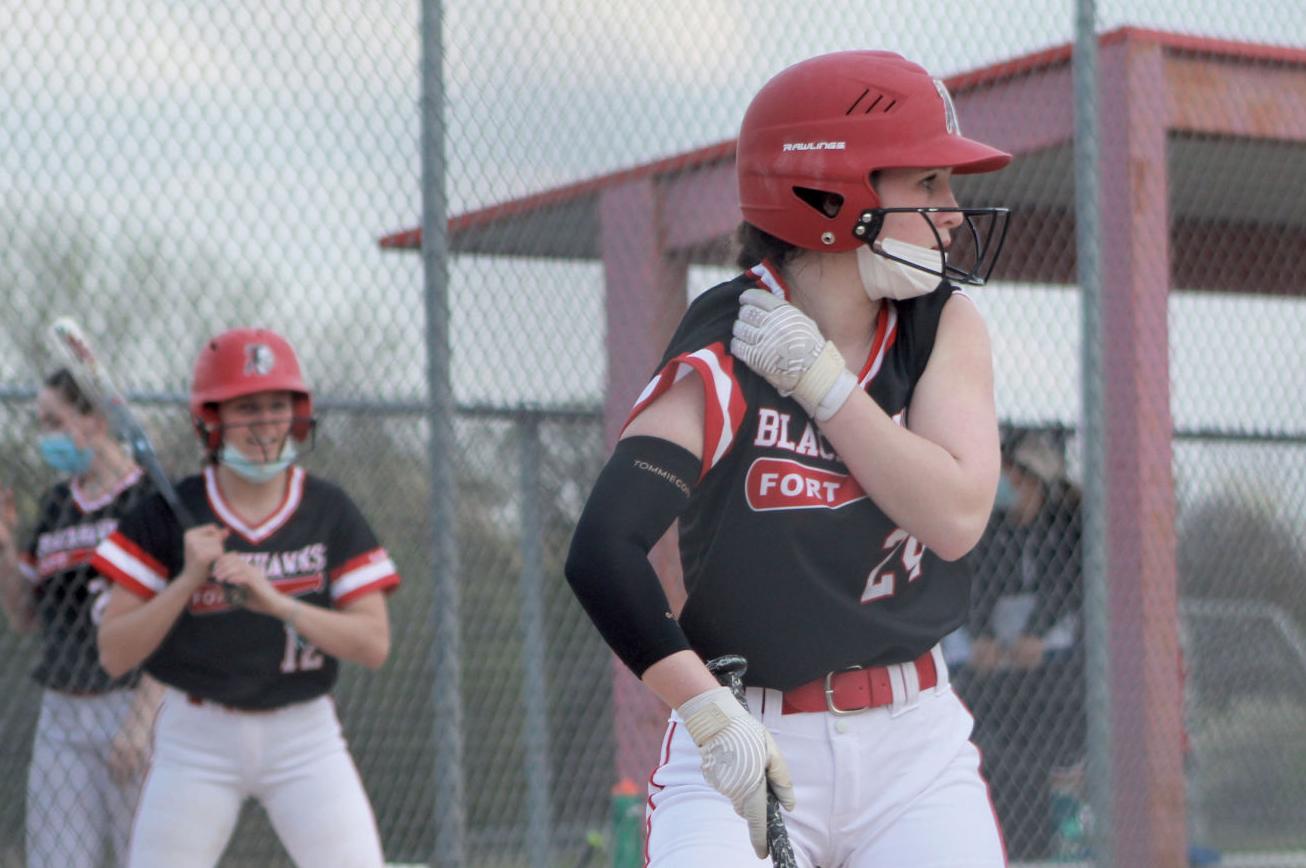 Fort Atkinson's Kaylee Jordan gets ready at the plate during the Blackhawks' Badger South game against Monroe Tuesday at Fort Atkinson High School. 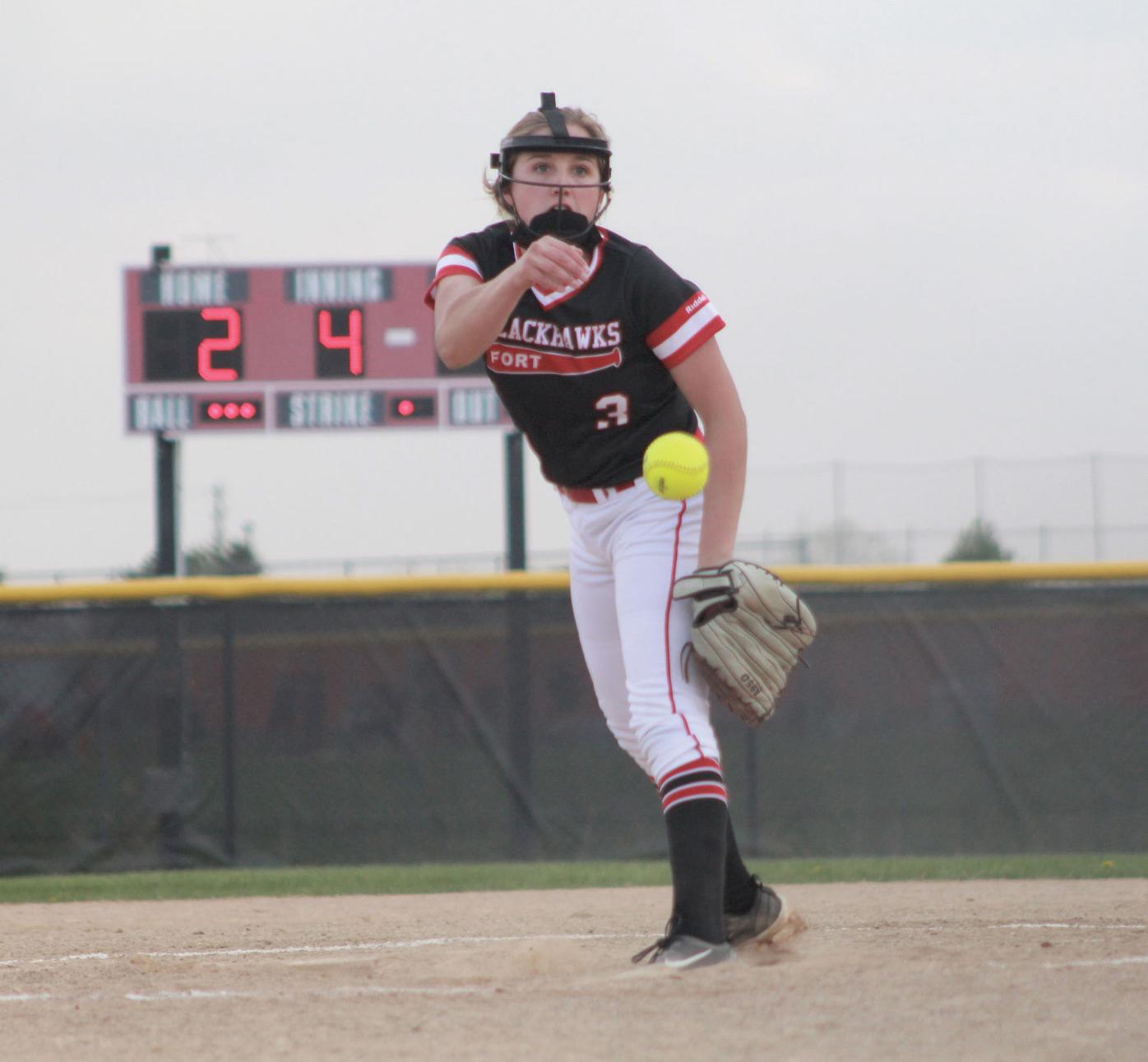 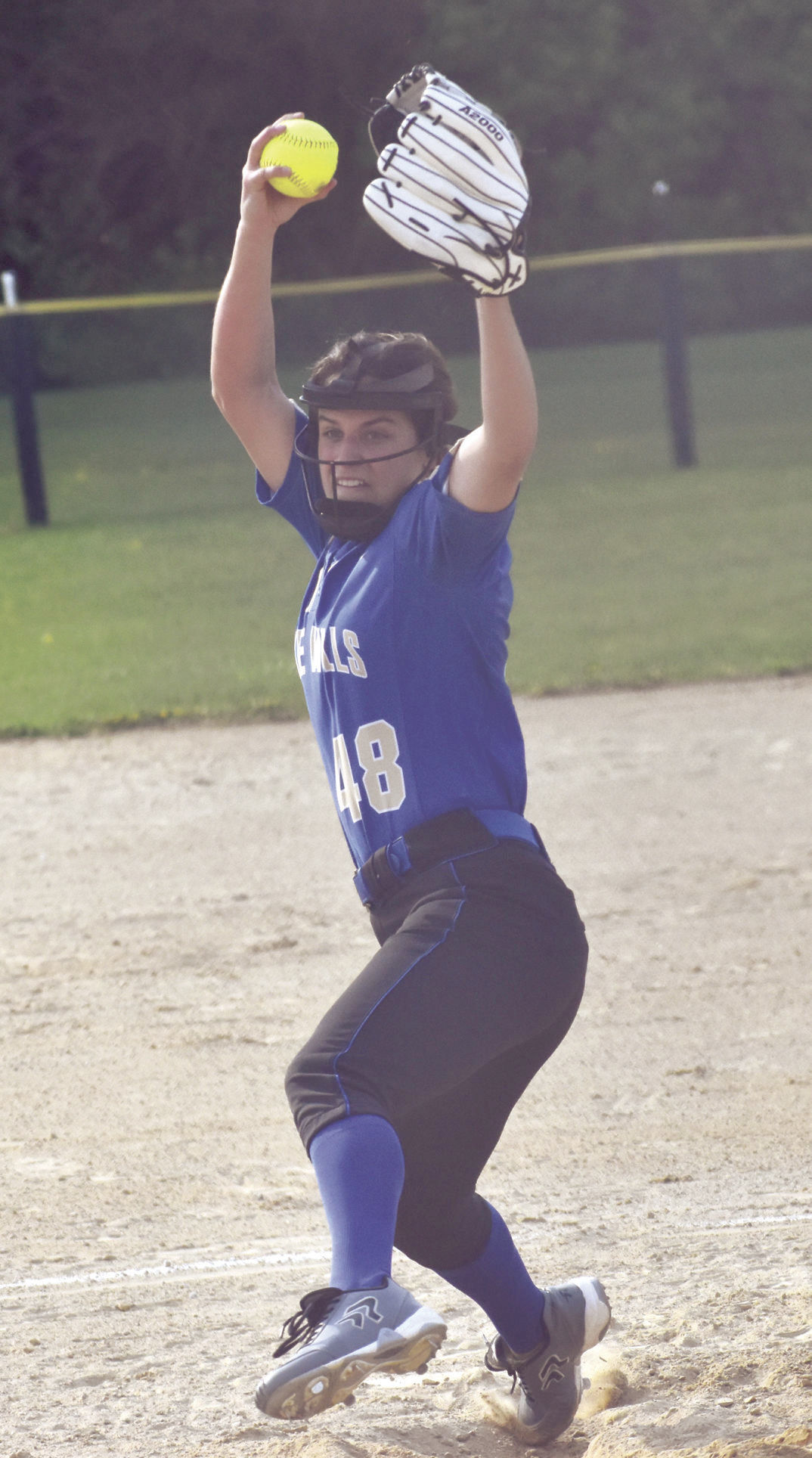 Lake Mills senior pitcher Taylor Roughen winds up during the team’s season-opening Capitol North game against Columbus at Rotary Park on Tuesday. Roughen struck out 15 in a complete-game two-hitter as the L-Cats won 2-0. 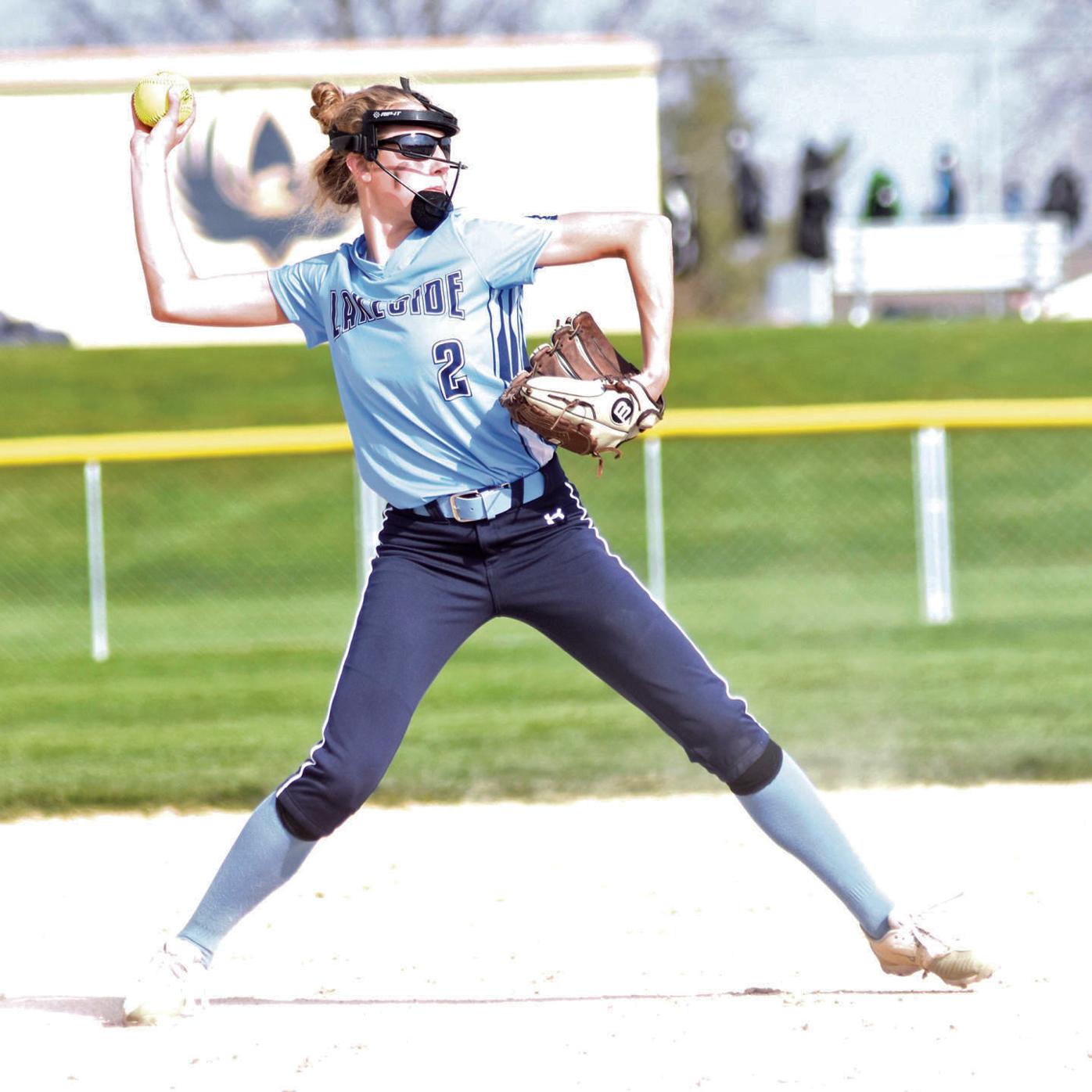 Fort Atkinson's Kaylee Jordan gets ready at the plate during the Blackhawks' Badger South game against Monroe Tuesday at Fort Atkinson High School.

Lake Mills senior pitcher Taylor Roughen winds up during the team’s season-opening Capitol North game against Columbus at Rotary Park on Tuesday. Roughen struck out 15 in a complete-game two-hitter as the L-Cats won 2-0.

The Fort Atkinson softball team battled back from a three-run deficit to send its season-opener to extras, but ultimately fell, 7-5 to Monroe in a Badger South Conference game Tuesday at Fort Atkinson High School.

“We are a pretty resilient bunch,” Fort Atkinson head coach Brian Bosch said. “We didn’t pack it in. It could of gotten out of hand. I was proud of our effort.”

Kiarra Kostroski led Fort Atkinson at the plate with three hits — including a home run.

“You can’t say enough about Kiarra in the batter’s box,” Bosch said. “Everything was hit hard. She was on deck when the game ended. We wanted to get to her. We knew she would be good, but it’s impressive to see.”

JEFFERSON — Claire Beck struck out 18, allowed just one hit and connected on a home run during Jefferson’s season-opening win against Brodhead Tuesday at Riverfront Park.

Aidyn Messmann also homered for the Eagles — who scored two and three runs in the fifth and sixth innings, respectively. Both Messmann and Beck finished with two RBIs each.

WHITEWATER — The Whippets opened up their season with a loss to the visiting Cougars in a Rock Valley Conference game Tuesday at Whitewater High School.

LAKE MILLS — Senior pitcher Taylor Roughen struck out 15 in a complete-game two-hitter as Lake Mills defeated visiting Columbus in a Capitol North game to open the season on Tuesday.

Roughen walked just one and Ellie Evenson went 2-for-2, driving in the game’s only two runs on a single with one down in the third.

Lake Mills held a 4-2 advantage in the hits column while the Cardinals committed four errors.

WATERTOWN — Lakeside Lutheran scored seven runs in the second and fourth innings in a Capitol North road victory over Luther Prep to open the season on Tuesday.

Jenna Shadoski went 2-for-2, including a home run to right field to lead off the third. Nora Statz hit 4-for-5, driving in three and scoring four times while Olyvia Uecker, Kieghtan Rank and Greta Pingel each tallied three hits.

Rank worked all five innings in the circle, giving up six hits, two earned while striking out four and walking two.

For the Phoenix, Sophie Eckl had the team’s only extra-base hit with a triple.