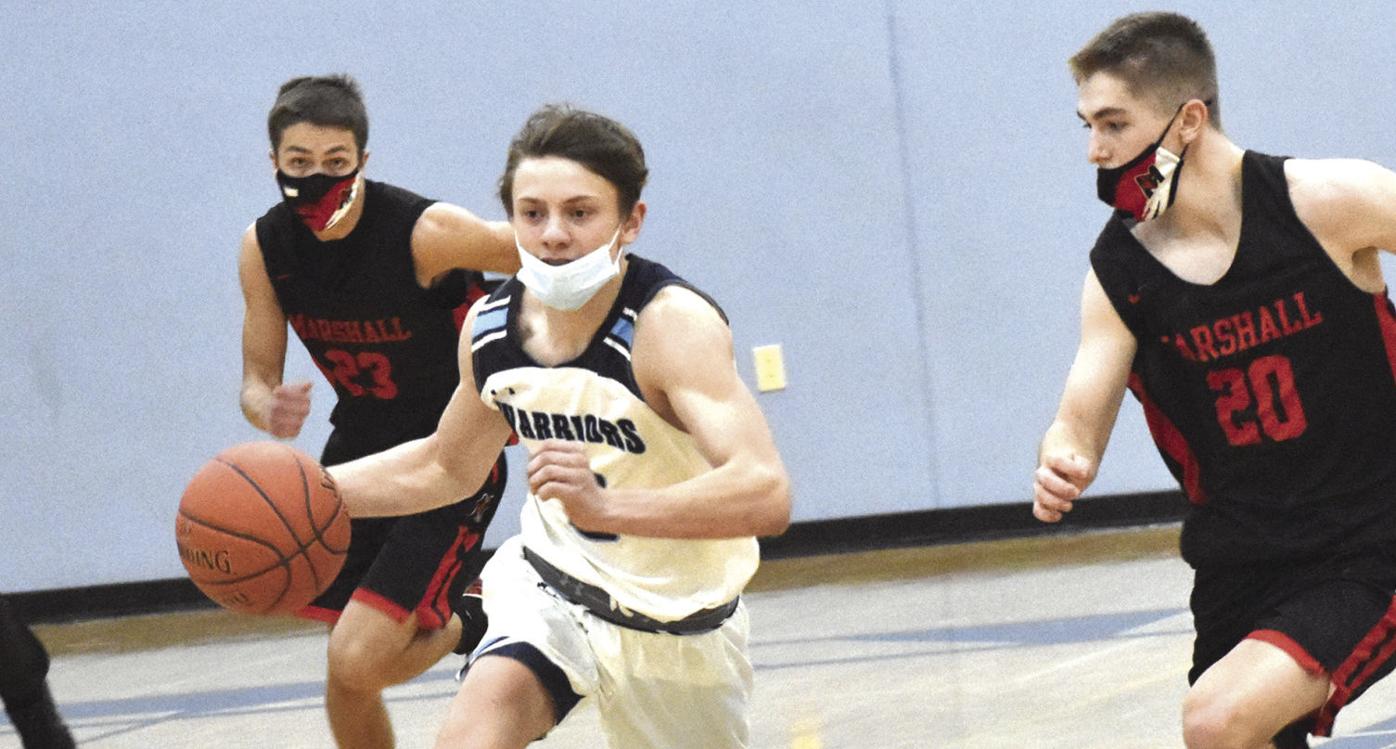 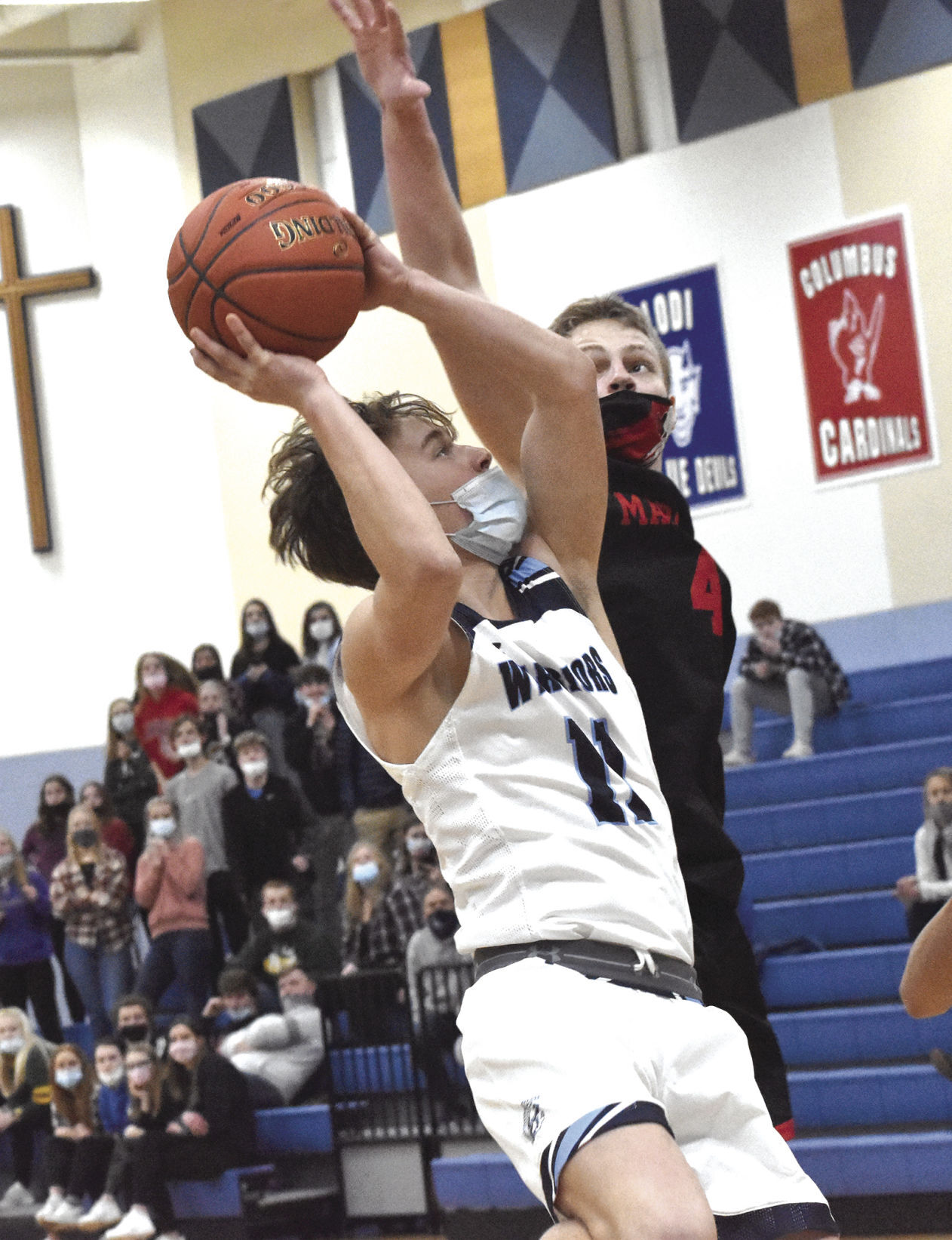 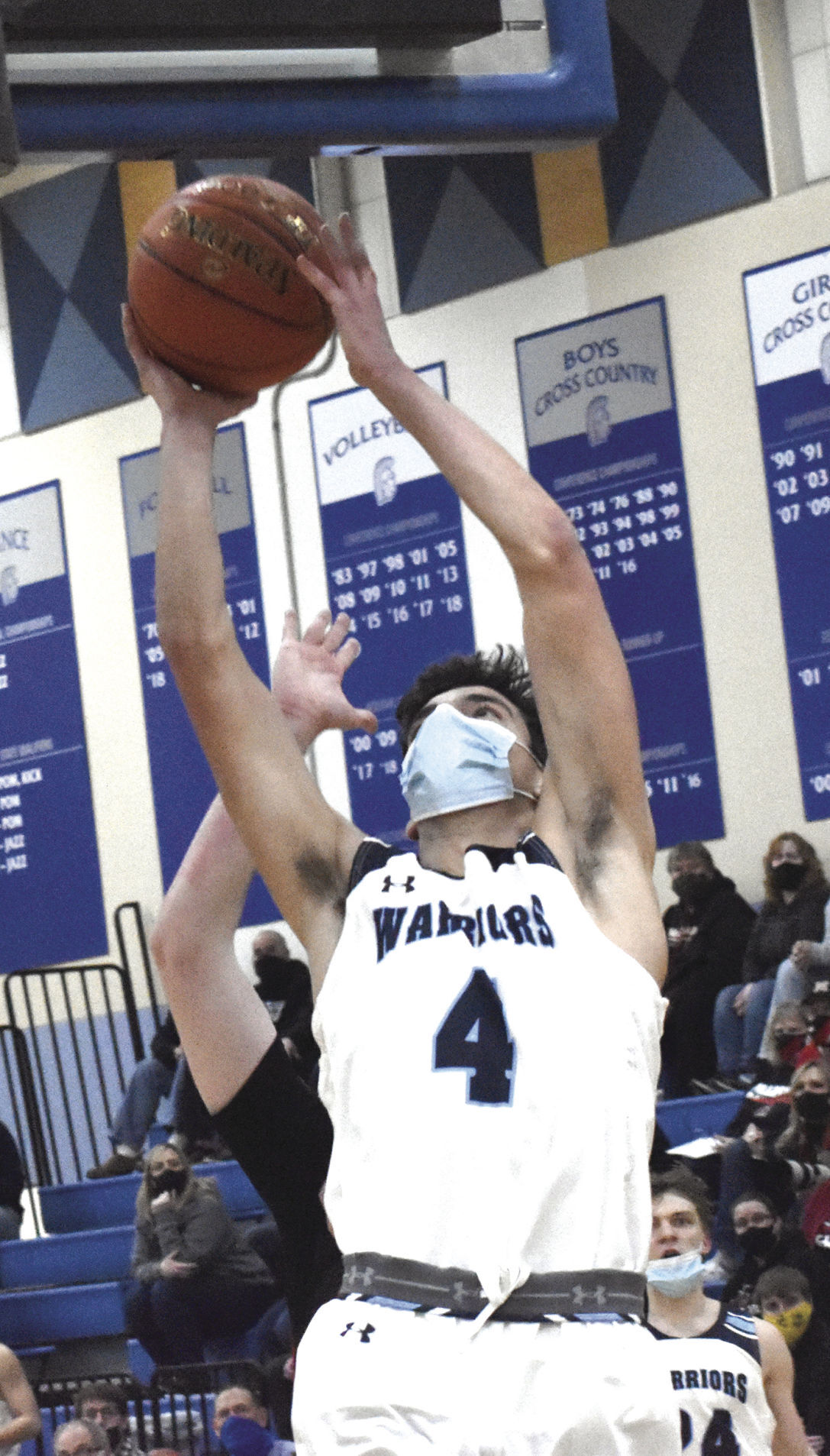 LAKE MILLS — Count out a Marshall boys basketball team that has been through a season unlike any other at your own peril.

The second-seeded Lakeside Lutheran boys basketball saw its 23-point lead shrink to one but hung on for a 58-54 victory over third-seeded Marshall in a WIAA Division 3 regional semifinal at Lakeside Lutheran High School on Friday.

“Our halfcourt defensive pressure has been phenomenal since early January,” Lakeside Lutheran head coach Todd Jahns said. “In all of our wins, that’s what carries us. Even tonight, we got to the 50’s, but we said it was going to be a game in the 40’s and it really was for the most part. Our guys take pride and buy into that. They love it.”

Warrior sophomore guard Levi Birkholz scored 16 of his game-best 23 points in the second half in the team’s wire-to-wire victory, which pushed the team’s win streak to 10 and record to 19-4.

Marshall was down 43-20 with roughly eight minutes left after an acrobatic score in the paint by Lakeside sophomore forward Trey Lauber.

From there, the Cardinals went on a 32-10 spurt over seven minutes. Junior guard Craig Ward, whose team-high 19 points included 15 after halftime, hit a deep 3-pointer to make it 53-52 with 1 minute, 4 seconds left.

Lakeside senior forward John O’Donnell split a pair at the line, giving Ward an opportunity to give the Cardinals their first lead. Ward’s look from beyond the arc was off the mark and the Cardinals fouled senior guard Gabe Uttech, who went 1-for-2 to make it 55-52 with 40.1 seconds left. Junior forward Michael Lutz had a 3 rattle around before falling out on the ensuing trip. After Vater grabbed the deflected rebound that caromed his direction, Birkholz pushed it downcourt and found senior forward Seth Veers, who was fouled and went 2-for-2 to make it a five-point game.

Ward was fouled driving to the hoop with 14.5 seconds left, hitting both, before Birkholz went 1-of-2 with six seconds remaining for the final margin.

“Have to keep poise and composure. Have to get a rebound and a flip here one time. We got the stop, rebound and score. Suddenly were in control and the pressure is back on them. Our kids kept fighting down and saying ‘here’s where we’re at, let’s make a play and get it together.’ Marshall was saying the same thing which was the beauty of it.”