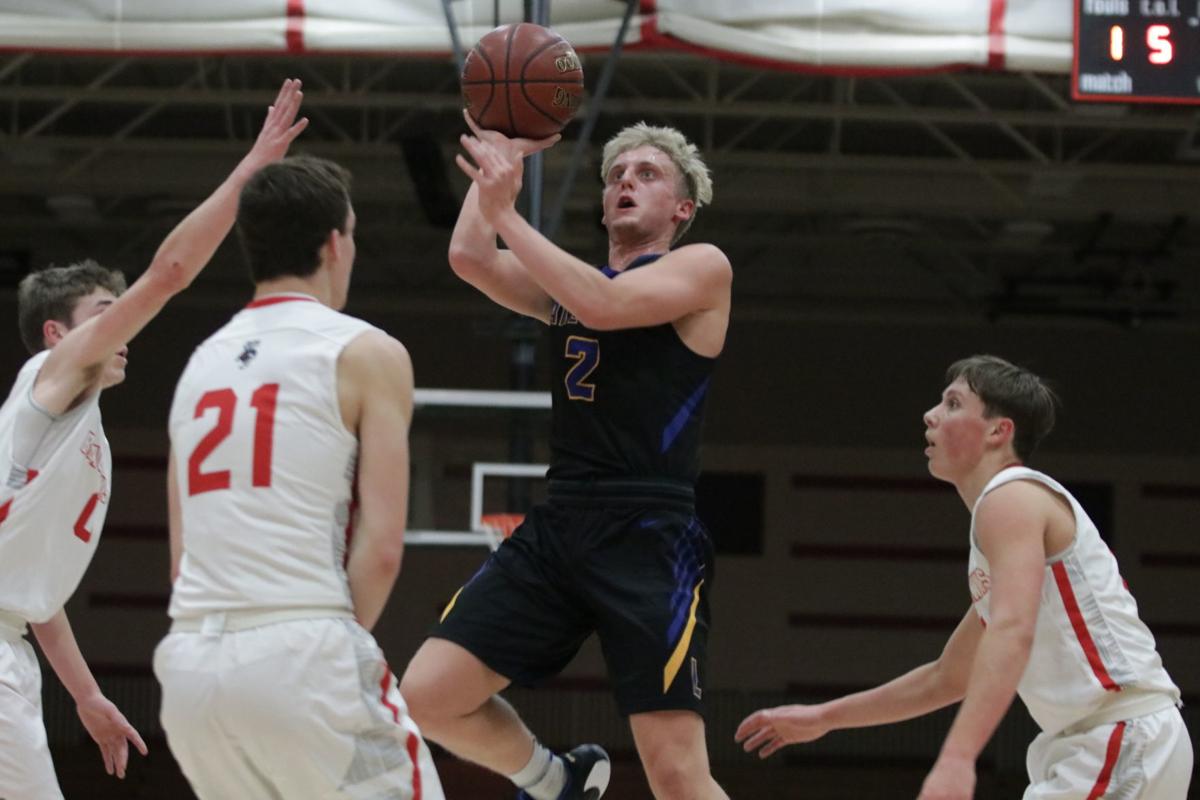 Senior Mike Herrington scored 13 points for the Lake Mills L-Cats in their 46-39 victory over Fort Atkinson on Tuesday. 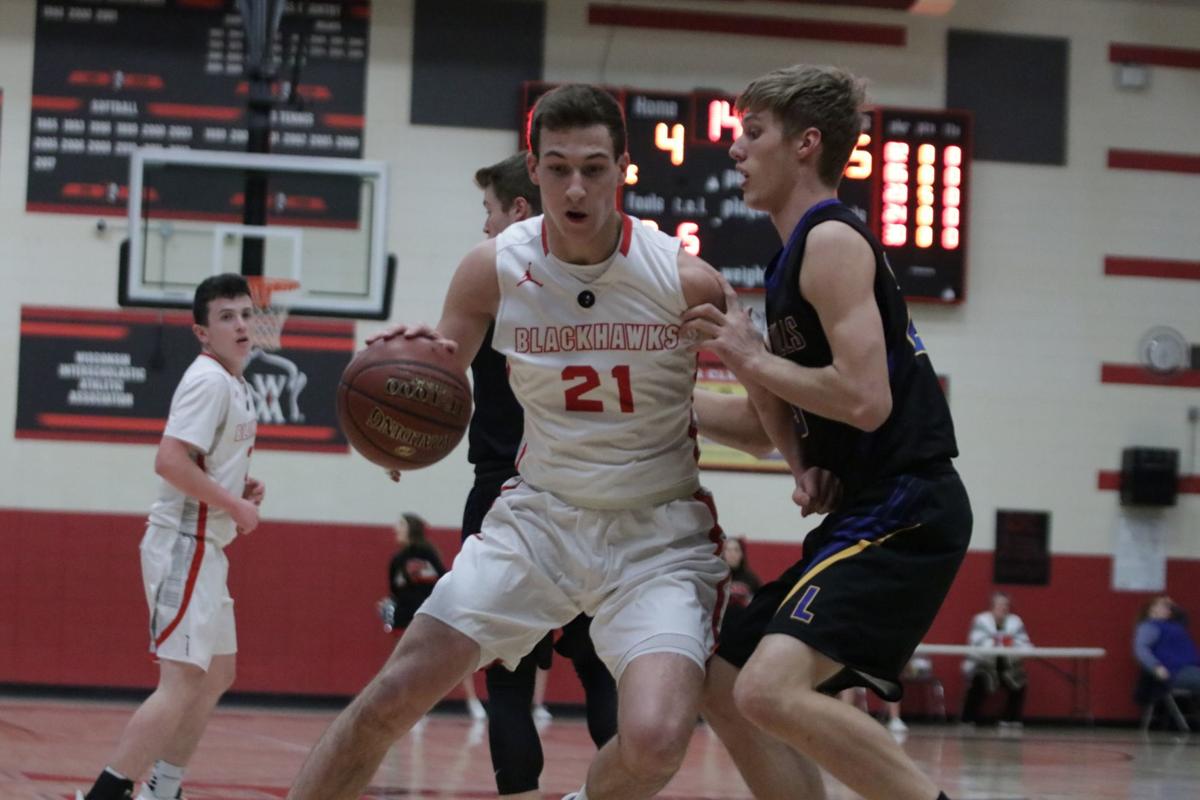 Caleb Haffelder scored a team-high nine points for Fort Atkinson in its 46-39 loss to Lake Mills in a non-conference boys basketball game on Tuesday.

Senior Mike Herrington scored 13 points for the Lake Mills L-Cats in their 46-39 victory over Fort Atkinson on Tuesday.

Caleb Haffelder scored a team-high nine points for Fort Atkinson in its 46-39 loss to Lake Mills in a non-conference boys basketball game on Tuesday.

Junior Charlie Bender and senior Mike Herrington combined to score 14 of the 18 points in the second half for the Lake Mills L-Cats as they earned a 46-39 victory against host Fort Atkinson in a non-conference boys basketball game.

“They have experienced players who are two- and three-year players who have been on the court for a couple of years,” Fort Atkinson coach Mike Hintz said. “They’re where we’re trying to get to, they play the exact style we want to play. … But it comes down to turnovers and not taking care of the ball. Lake Mills is steady. They have the ball, they’re on defense, they’re steady. They’ve been in so many close games and they’re steady.”

Fort Atkinson senior Caleb Haffelder gave the Blackhawks a much needed advantage in the post as they capitalized on the absence of two Lake Mills big men, who are out with injuries to open the season. Haffelder scored nine points in the final five minutes of the first half.

After halftime, Fort Atkinson went right back after the Lake Mills vulnerability in the post. Drew Evans made baskets on back-to-back possessions bookending a timeout by Lake Mills to tie the game at 30 with 12:21 to play in the second half.

“We needed to make sure we were on the same page with our offense (in the timeout),” said Lake Mills coach Steve Hicklin of the timeout between Evans buckets. “From there, then we just leaned on our defense. I think that’s what won us the game. We had some turnovers and some missed shots that made me think we were kind of losing that edge we needed to play with.”

Haffelder finished with a team-high nine points. Evans had eight points and junior Jackson Fenner added seven for the Blackhawks.

Hicklin said he expects Adam Moen and Jaxson Retrum to return “after Christmas,” at the latest.

Bender scored five points to put Lake Mills ahead, 35-30, only to be matched by a 5-0 spurt by Fenner. Herrington scored on back-to-back possessions in the post before Bender made a 3-pointer to give Lake Mills a 42-35 lead with 3 minutes 46 seconds to go to put the game away for good.

Bender finished with 19 points and Herrington had 13. Both players established themselves as contributors in the Lake Mills lineup last year; but both increased their physicality around the paint for the L-Cats in the off-season.

Hicklin said the improvement started in the weight room. Herrington had other ideas.

“It makes it easy when I have great teammates who can spread the ball out,” Herrington said. “Then playing at the pace we do, it makes it easy to get open and the play just comes to us. We’re playing really confident right now being the older squad finally. We’ve been young for the last two years.”

Though the Fort Atkinson defense played well enough to win, the Blackhawks turned the ball over 23 times on offense. In the first half, they had a four-possession streak of turnovers and a three-possession streak.

“You’re not beating a team like that, or any other team if you turn it over 23 times,” Hintz said. “Now, the difference between this year and last year is that if we turn it over that many times we’re losing by 30 or 40 points. In the game of basketball, there’s 20 things and we do 18 of them great. Including our energy, our togetherness, our chemistry and our footwork, but then two things — passing the ball and catching the ball — until we can get that fixed and see it work against good teams like this, we’re going to ride this roller coaster of ups and downs.”

Fort Atkinson continues its season on the road Friday against Watertown at 7:15 p.m. Lake Mills returns to action Saturday in a road game against Kaukauna at 1:30 p.m.