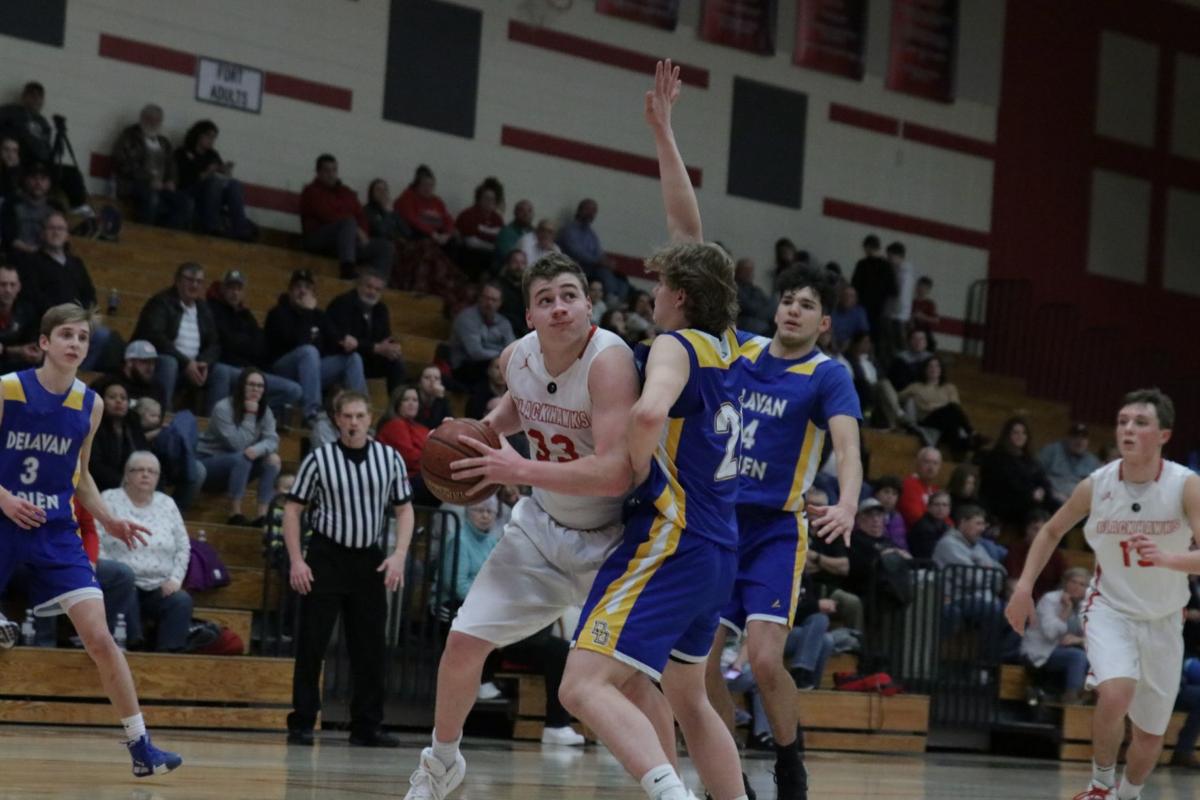 Drew Evans scored eight points for Fort Atkinson in its 50-49 victory against Delavan-Darien on Tuesday night. 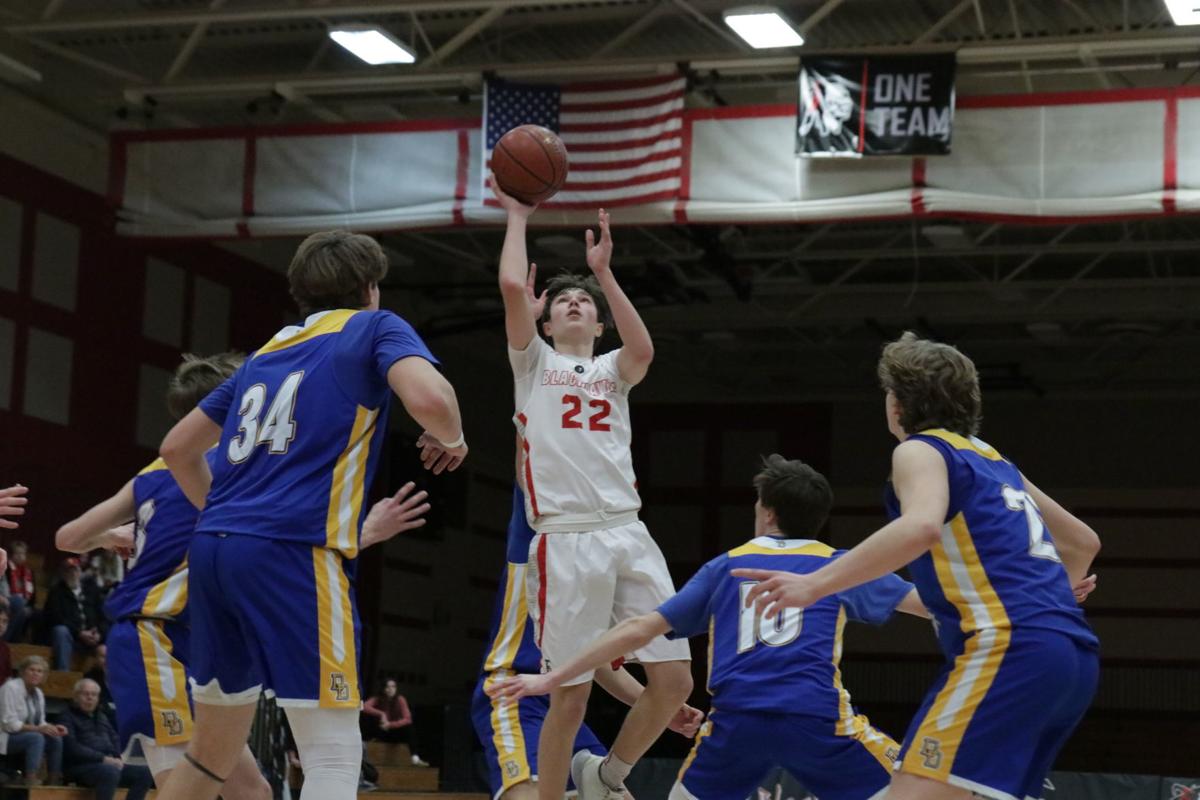 Grey Wixom scored 12 points including this floater with fewer than 30 seconds left. Fort Atkinson went on to earn a 50-49 victory over visiting Delavan-Darien on Tuesday.

Drew Evans scored eight points for Fort Atkinson in its 50-49 victory against Delavan-Darien on Tuesday night.

Grey Wixom scored 12 points including this floater with fewer than 30 seconds left. Fort Atkinson went on to earn a 50-49 victory over visiting Delavan-Darien on Tuesday.

In a game defined by its ugliness, Fort Atkinson executed exactly as intended in the last 30 seconds.

First, Grey Wixom took advantage of Delavan-Darien playing conservatively with a three-point lead and made a floater with 26.5 seconds to play.

Second, the four Blackhawks behind senior Caleb Haffelder blanketed their respective Delavan-Darien targets for an inbound pass and the Comets were called for a five-seconds call.

Lastly, Cade Cosson set a perfect screen for Jackson Fenner who caught the inbounds pass and made an uncontested, decisive layup to take a 50-49 lead which would hold up as Fort Atkinson defeated visiting Delavan Darien in a non-conference boys basketball game on Tuesday night.

“It starts with the screener who comes across,” said Fenner, “when he comes across and the other guard comes across it opens the lane up because the defenders get confused chasing that first guard and it’s a wide open layup for me.”

It was the same play the Blackhawks (4-12, 1-8 Badger South) ran on Friday night against Madison Edgewood when they earned a 63-55 victory in Badger South action.

“I got that play from Villanova when they had Donte DiVencenzo only they would throw it to the rim for a dunk,” Fort Atkinson coach Mike Hintz said. “That play is designed to look like it’s going somewhere else and then he comes around the corner and right down the pipe.”

“The story of this game is resiliency,” Hintz said. “We didn’t play a great game, we probably didn’t make 10 percent of our 3s. But it was good for the kids tonight to learn that if we put in the effort on the defensive end, we can win games if we stick with it.”

Fenner credited lessons learned in the win against Madison Edgewood for pulling out the victory.

“We knew that in that last game it was close and we just had to dig in and find another level of intensity,” Fenner said. “We used that there and we used it again to propel ourselves at the end. We had just enough.”

Fort Atkinson will continue its season at home against Jack Campion and the Milton Red Hawks on Tuesday, Feb. 11, at 7:15 p.m.