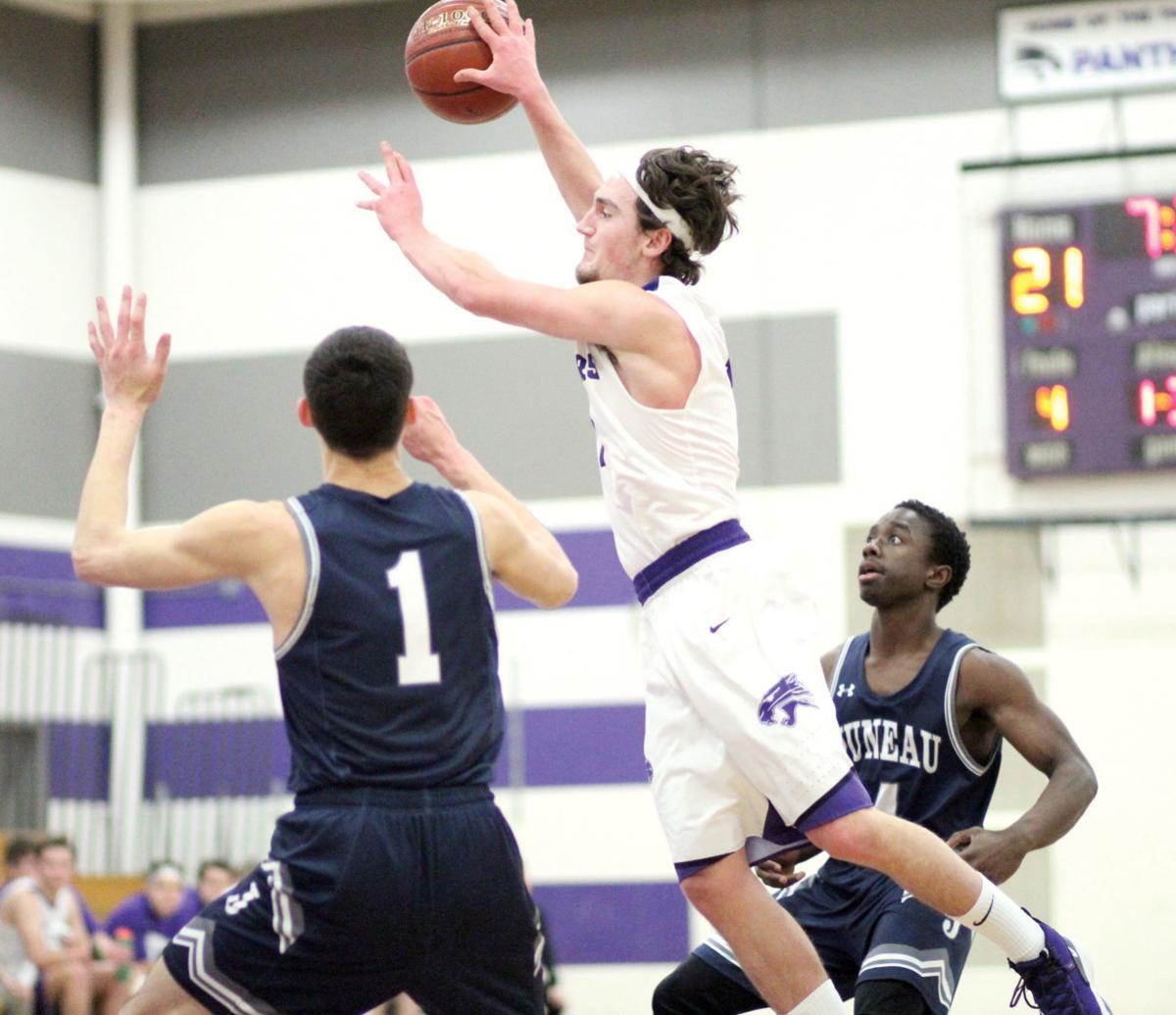 Palmyra-Eagle senior Brandon Wilde led the state in assists (13.3 per game) and was named to the Trailways South’s second team. 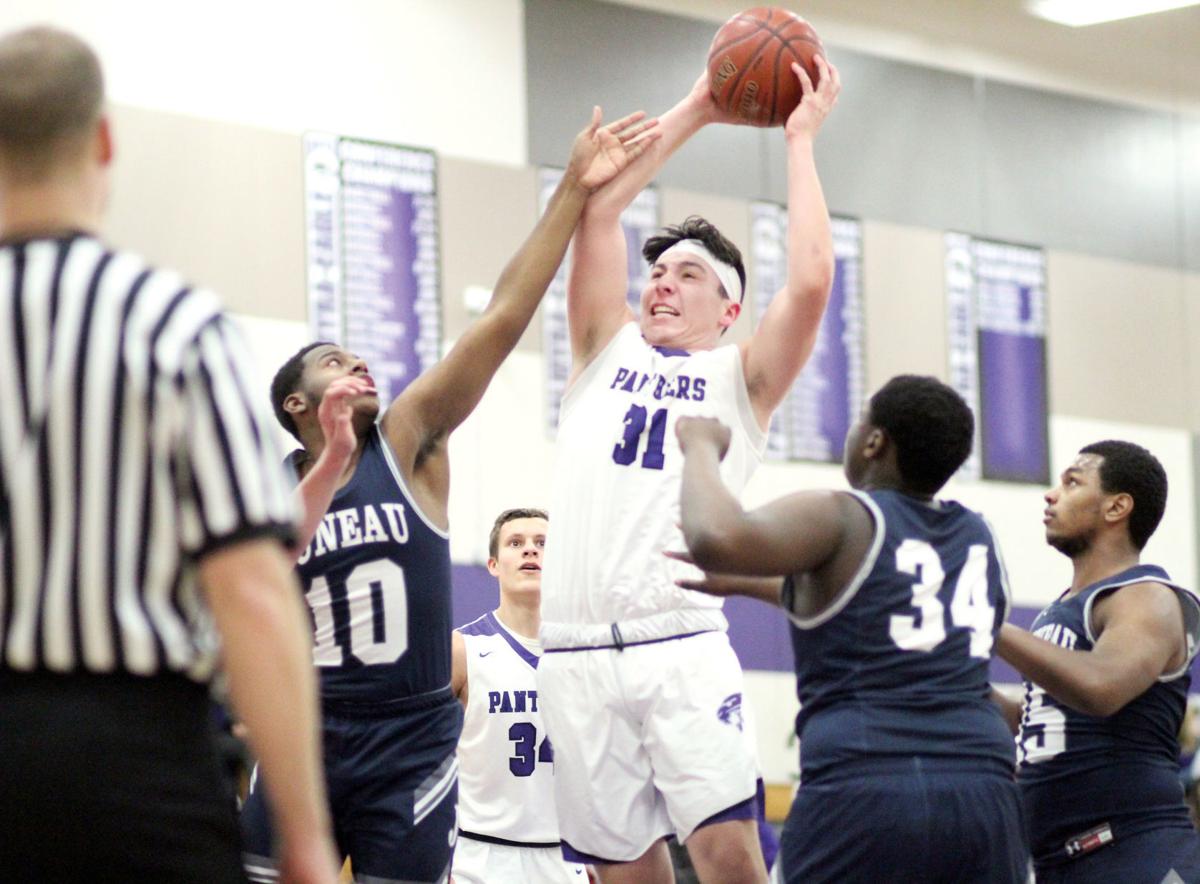 Junior Aiden Calderon goes up for an offensive rebound during the Panthers’ 76-43 win over Milwaukee Juneau Monday in Palmyra. Calderon scored a game-high 30 points and added 14 rebounds. 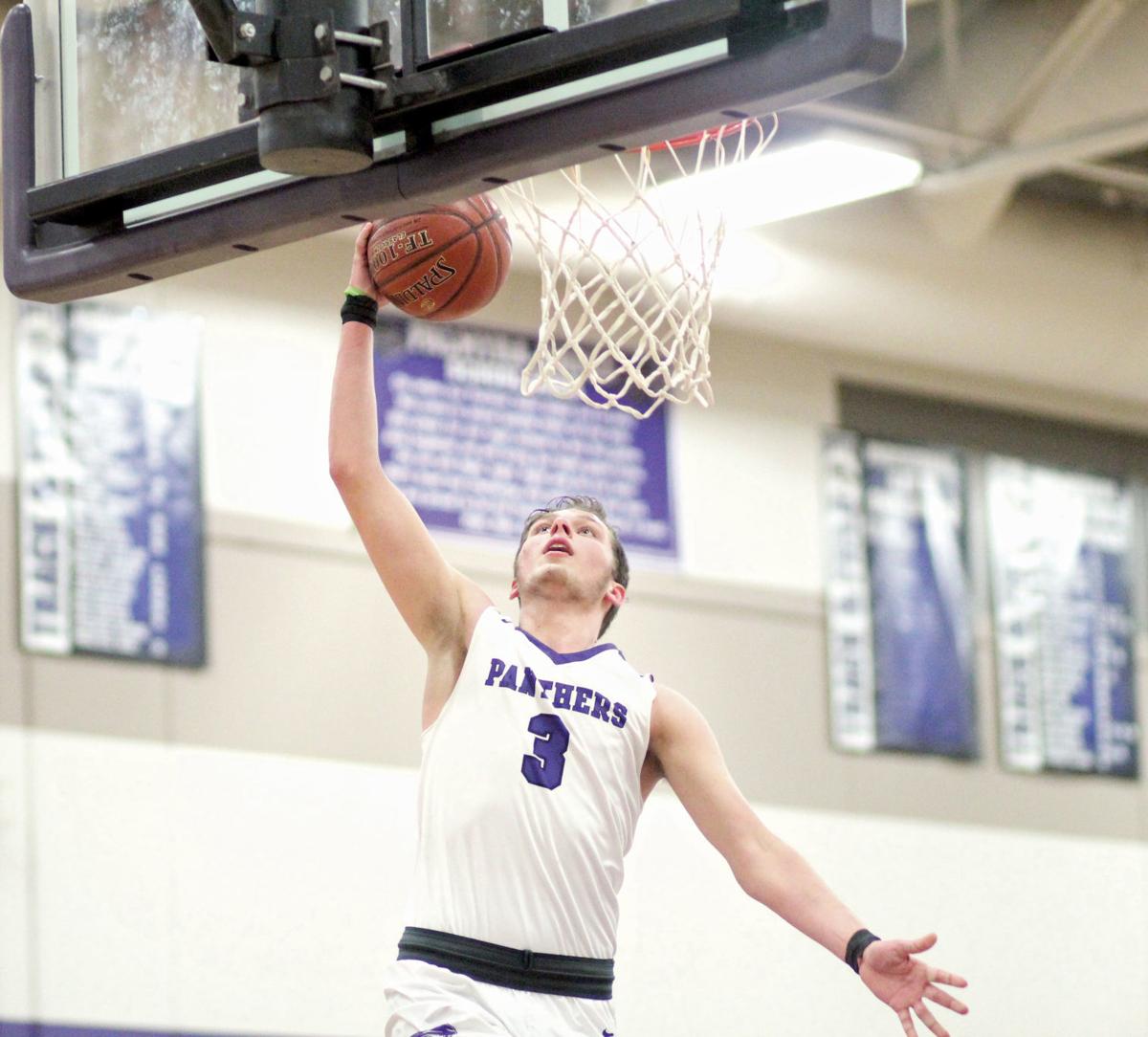 Senior Danny Hammond goes up for a layup during the Panthers' 76-43 win over Milwaukee Juneau Monday in Palmyra. Hammond scored 25 points in the Panther win.

Palmyra-Eagle senior Brandon Wilde led the state in assists (13.3 per game) and was named to the Trailways South’s second team.

Junior Aiden Calderon goes up for an offensive rebound during the Panthers’ 76-43 win over Milwaukee Juneau Monday in Palmyra. Calderon scored a game-high 30 points and added 14 rebounds.

Senior Danny Hammond goes up for a layup during the Panthers' 76-43 win over Milwaukee Juneau Monday in Palmyra. Hammond scored 25 points in the Panther win.

PALMYRA — The Palmyra-Eagle boys basketball team turned back the clock on basketball Monday night. And that’s exactly how they like it.

Junior Aiden Calderon and senior Danny Hammond dominated inside as the duo combined for 55 points in Palmyra-Eagle’s 76-43 non-conference win over Milwaukee Juneau Monday night in Palmyra.

“Our motto all year is that we want to set basketball back 30 years,” said senior point guard Brandon Wilde, who dished out a school-record 19 assists. “We have the two bigs inside, Danny and Aiden.

“They need the shot attempts and they need the touches. Our guards try to find them the ball and they finish.”

The 6 foot 4 inch Calderon netted a game-high 30 points, while the 6 foot 6 inch Hammond added 25 points in the Panther win. The duo almost exclusively scored in the paint, usually off passes from Wilde.

“We were able to take advantage of our size inside,” Palmyra-Eagle head coach Duane Wilde said. “Brandon continues to make sure those guys get the ball in good positions. Tonight they were able to finish very well.”

The Panthers (8-0, 4-0) pounced out to a 21-4 lead less than 10 minutes into the game. Calderon ended off the first half with eight points in the final 6 minutes, 43 seconds to lift the Panthers to a 39-21 halftime advantage.

Calderon finished with 15 points in the first half, while Hammond recorded 12 points. The second half was much the same as Calderon added 15 more and Hammond scored 13 more. Calderon also finished with 14 rebounds.

Routinely it was Wilde finding holes in the defense, driving to the lane where he would dump it off to Calderon or Hammond inside. With his 19 assists, Wilde broke the 500-assist mark for his career, moving his career total to 506 assists.

“If you get open, and your in an advantageous position you’re going to get the basketball,” Duane Wilde said. “That’s his (Brandon Wilde) mindset. He has executed that really well the last three or four years.”

Junior Cameron Joyner scored 15 points in the win, including three 3-pointers. The Panthers’ 76 points was a season high.

For the fifth time this season, the Palmyra-Eagle defense held its opponent to under 45 points.

“We packed the lane, we’re a man-to-man team,” Brandon Wilde said. “We always talk on defense. Jacob Hammond has been our lock-down defender all year.

“The school record here is 44.1 points per game (allowed per game). That’s our goal this year, keep teams under 44 points.”

Palmyra-Eagle will look to keep its perfect record going when the Panthers take on Deerfield (5-6, 3-1) in a Trailways South Conference game Thursday at home at 7:15 p.m.

“We want to three-peat in conference, that’s our goal,” Brandon Wilde said. “We have a lot of work to put in and hopefully there are bigger and better things to come.”