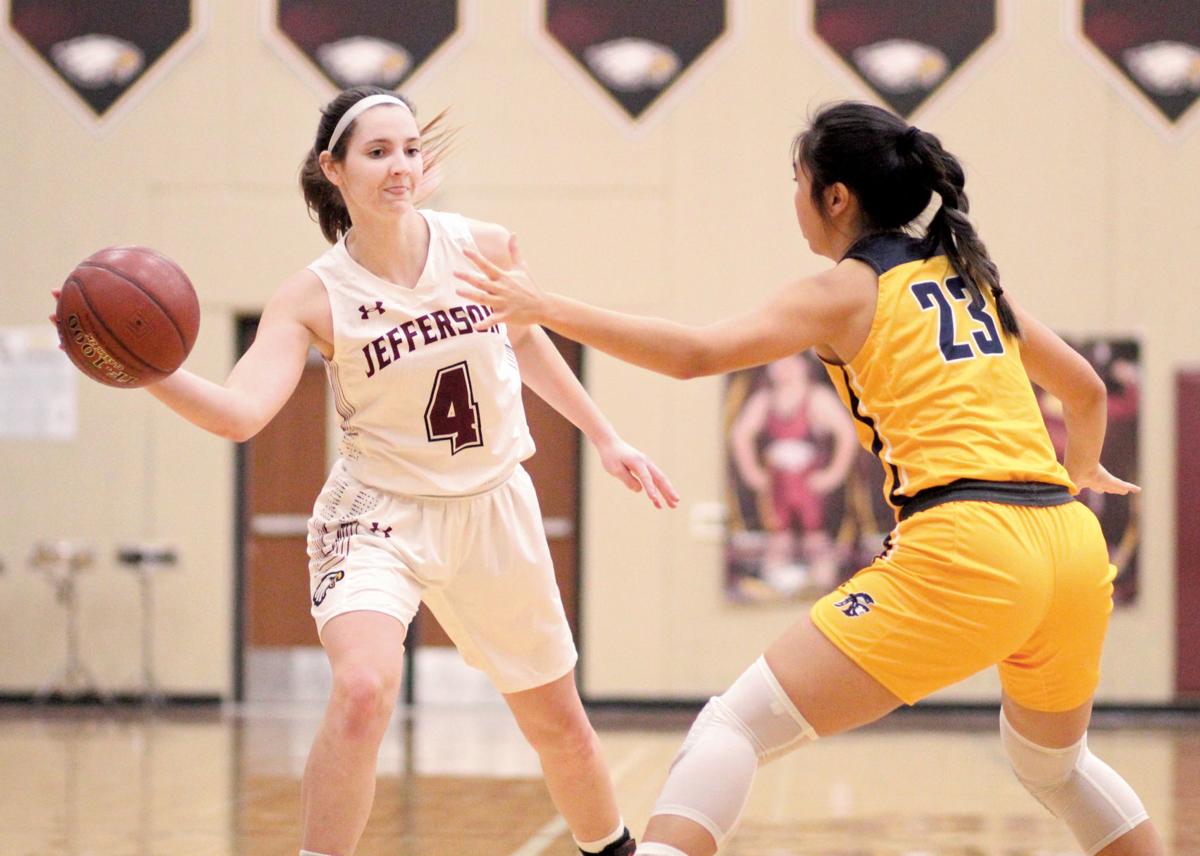 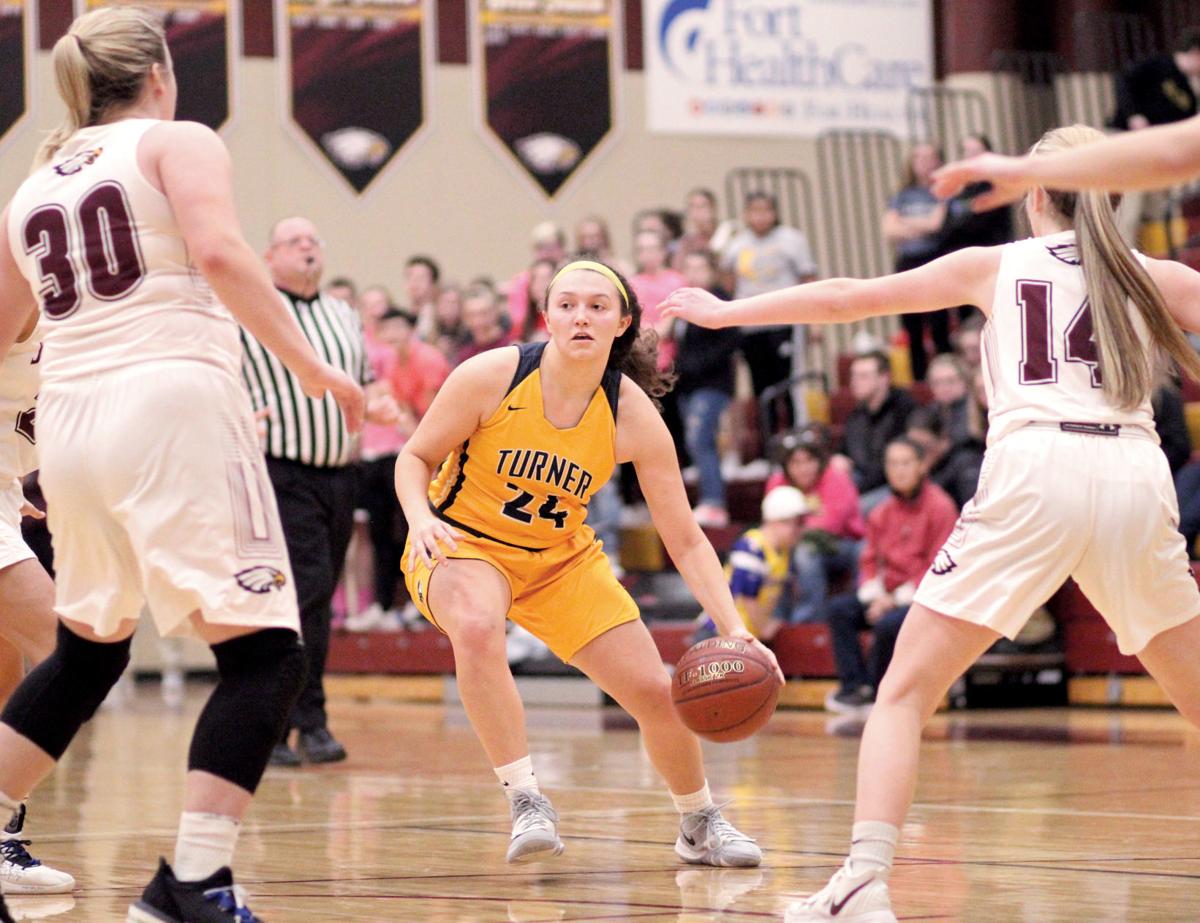 Beloit Turner’s Olivia Tinder drives through a gap in the defense during the Trojans’ 41-33 victory over Jefferson Friday night at Jefferson High School.

Beloit Turner’s Olivia Tinder drives through a gap in the defense during the Trojans’ 41-33 victory over Jefferson Friday night at Jefferson High School.

JEFFERSON — Baskets came at a premium Friday night, but not for Olivia Tinder.

Tinder accounted for seven of the Trojans’ 15 field goals.

“She can do it all. She knocks down shots, drives, is physical and can handle the ball,” Jefferson head coach Mark Peterson said. “She’s one of the best players in the conference.

“Tinder willed her team to a win.”

Jefferson’s first points of the game — which came off a 3-pointer from junior Ainsley Howard — didn’t come until the 13-minute, 24-second mark in the first half. The Eagles (7-8, 6-7 Rock Valley) didn’t score again until the 8:23 mark when sophomore Aidyn Messmann connected on a 2-point shot.

Despite scoring just five points the first 9:37 of the game, Jefferson only trailed 8-5 after 10 minutes of play.

The Eagles took a 17-15 lead with a pair of free throws from sophomore Riley Madden with 30 seconds left in the first, but senior Jennifer Njoo made a 3-pointer as time expired to give the Trojans (11-6, 7-6) an 18-17 advantage at the break.

Jefferson trailed 31-29 with 7:04 left in the game, but Tinder took over down the stretch.

The junior forward assisted on a 3-point make from fellow junior Tairyin Klossner to give the Trojans a five-point lead. After a made free throw from Tinder, she assisted on a 2-pointer from junior A’Blesin Wilson.

After a bucket from senior Baylee Windsor, Tinder capped off a 10-0 Trojan run with a layup. The basket put Beloit Turner up, 41-29, with 3:44 to play.

The majority of Tinder’s points came in the paint — using her quickness and ball handling to navigate and find holes in Jefferson’s defense — and then finished at the rim with her strength.

“I feel like in their 1-3-1 they were vulnerable,” Tinder said. “The gaps were there for me, I took advantage of that.”

When defenders started to collapse on Tinder when she drove inside, she routinely found open shooters or cutters.

Jefferson was held to four points the final 7:54 of the game.

“We struggled offensively. We did get good looks, we just didn’t make them,” Peterson said. “They just didn’t fall.”

Howard scored a game-high 10 points for Jefferson, including a pair of 3-pointers.

“Howard is a difference maker for them,” Farall said. “She can shoot the ball, she can score. We wanted to make all of her shots contested shots, tough shots.”

Jefferson will take on Lakeside Lutheran in a non-conference road game Tuesday at 7:30 p.m. Beloit Turner will host East Troy Thursday at 7:15 p.m.