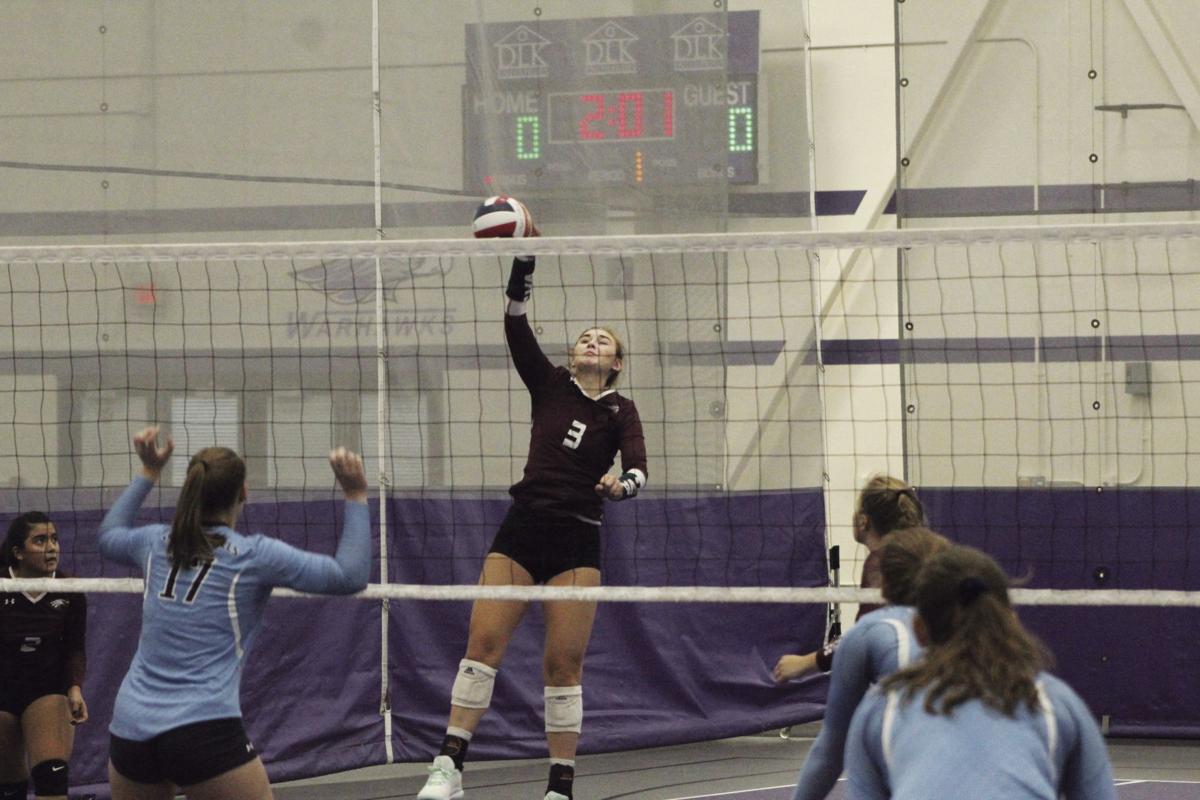 Cassidy Spies taps the ball over the net during Jefferson’s game with Monona Grove on Saturday at the UW-Whitewater Tournament. The Eagles placed seventh at the invitational. 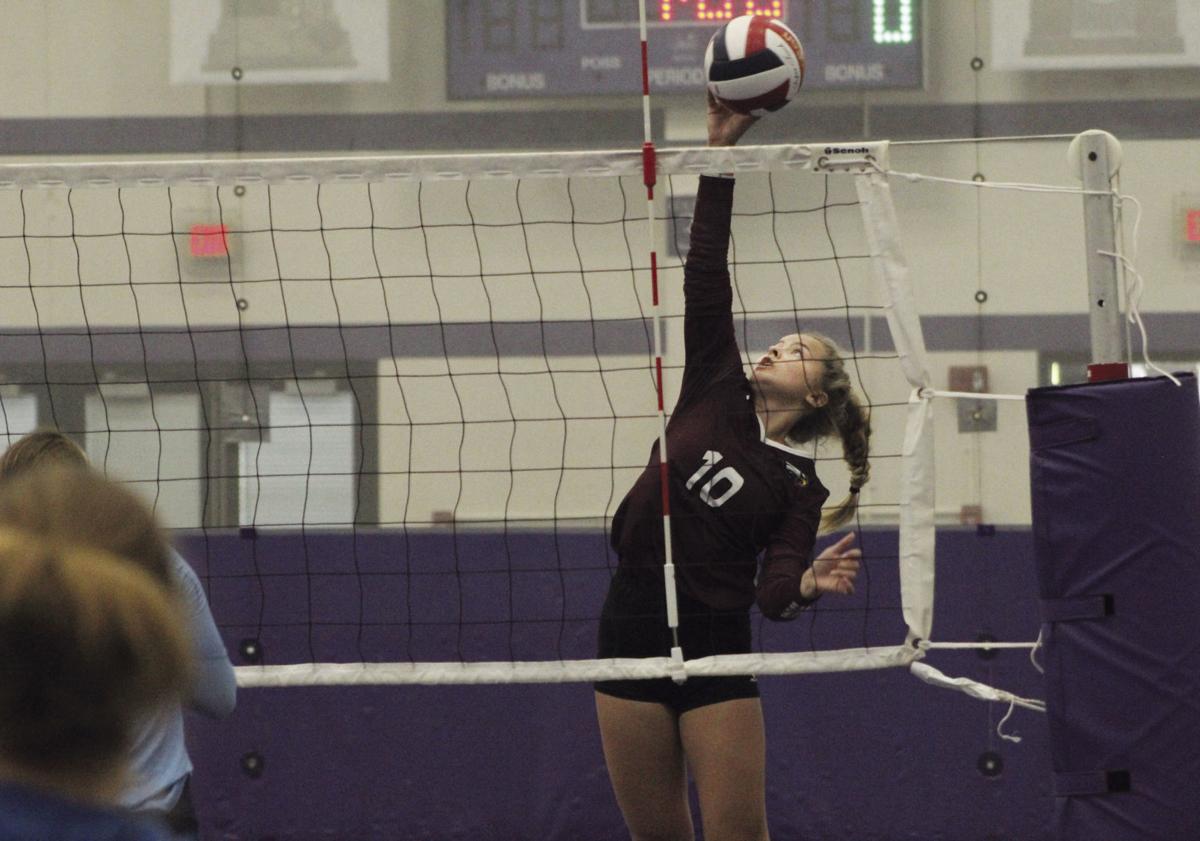 Parker Biwer (pictured) and Jefferson finished seventh at the UW-Whitewater Tournament, which took place on Friday and Saturday in Whitewater.

Cassidy Spies taps the ball over the net during Jefferson’s game with Monona Grove on Saturday at the UW-Whitewater Tournament. The Eagles placed seventh at the invitational.

Parker Biwer (pictured) and Jefferson finished seventh at the UW-Whitewater Tournament, which took place on Friday and Saturday in Whitewater.

Jefferson won the silver bracket at the event and placed seventh with a 5-3 record.

The Eagles went 2-1 in pool play with a straight-set triumph against Kenosha Bradford and a three-set victory versus Notre Dame.

Jefferson plays next on Thursday, Sept. 12 at home against Walworth Big Foot in Rock Valley action at 6:30 p.m.

The Whitewater High School volleyball team opened up play at the UW-Whitewater Tournament Friday and Saturday in Whitewater.

On Saturday, the Whippets defeated Beloit Memorial and Evansville by set scores of 2-1 and 2-0, respectively.

Whitewater ended up playing in the bronze bracket, finishing second.

“The selflessness of this team is like no other I have coached in all my 20 plus years,” Whitewater head coach Kathy Bullis said. “I am very proud of each player in the Whippet program.”

”Whitewater will be back in action Saturday with an invitational at Oshkosh Lourdes.

“I’m very excited about the growth the team had this weekend and can’t wait to get back in the gym on Tuesday for another three days of opportunities to raise our level of play, before heading up to the Oshkosh Lourdes Tournament next weekend,” Bullis said.

Lakeside Lutheran’s volleyball team finished third at the Warhawk Invitational at UW-Whitewater on Friday and Saturday.

“Overall, I was very pleased with how the team did,” Lakeside Lutheran volleyball coach Jenny Krauklis said. “They had moments of greatness and moments that really showed what we need to work on. This is exactly what we want to see at our first tournament of the season. Our hitters are hitting well, and our serve receive has improved dramatically since last year.”

The Warriors breezed through pool Friday with straight-set wins over Tomahawk, Whitewater and Burlington Catholic Central.

The Warriors edged McFarland 25-23, 25-23 to start off gold bracket action before succumbing to Union Grove and finishing their first event of the season at 6-2.

Senior outside hitter Ella Collins had 46 kills and was named to the all-tournament team.

Lakeside plays at Poynette for a Capitol North match today at 6:45 p.m.

MONTICELLO — The Palmyra-Eagle girls volleyball team finished with a 1-4 record at the Monticello Tournament Saturday in Monticello.

“The team is coming together, however we were missing some key players, which changes the dynamic of the team,” Panther head coach Scott Hein said.

Palmyra-Eagle will play Deerfield Tuesday at home at 7:30 p.m.