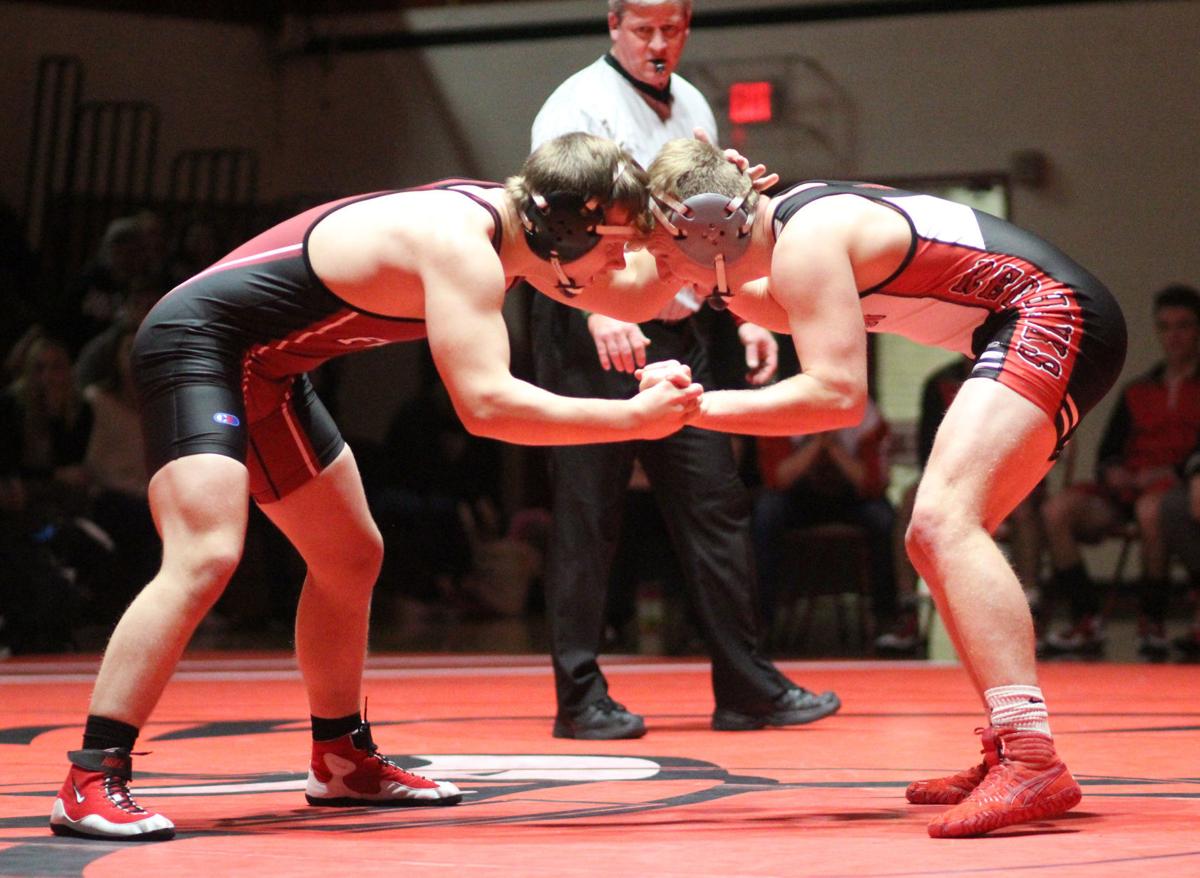 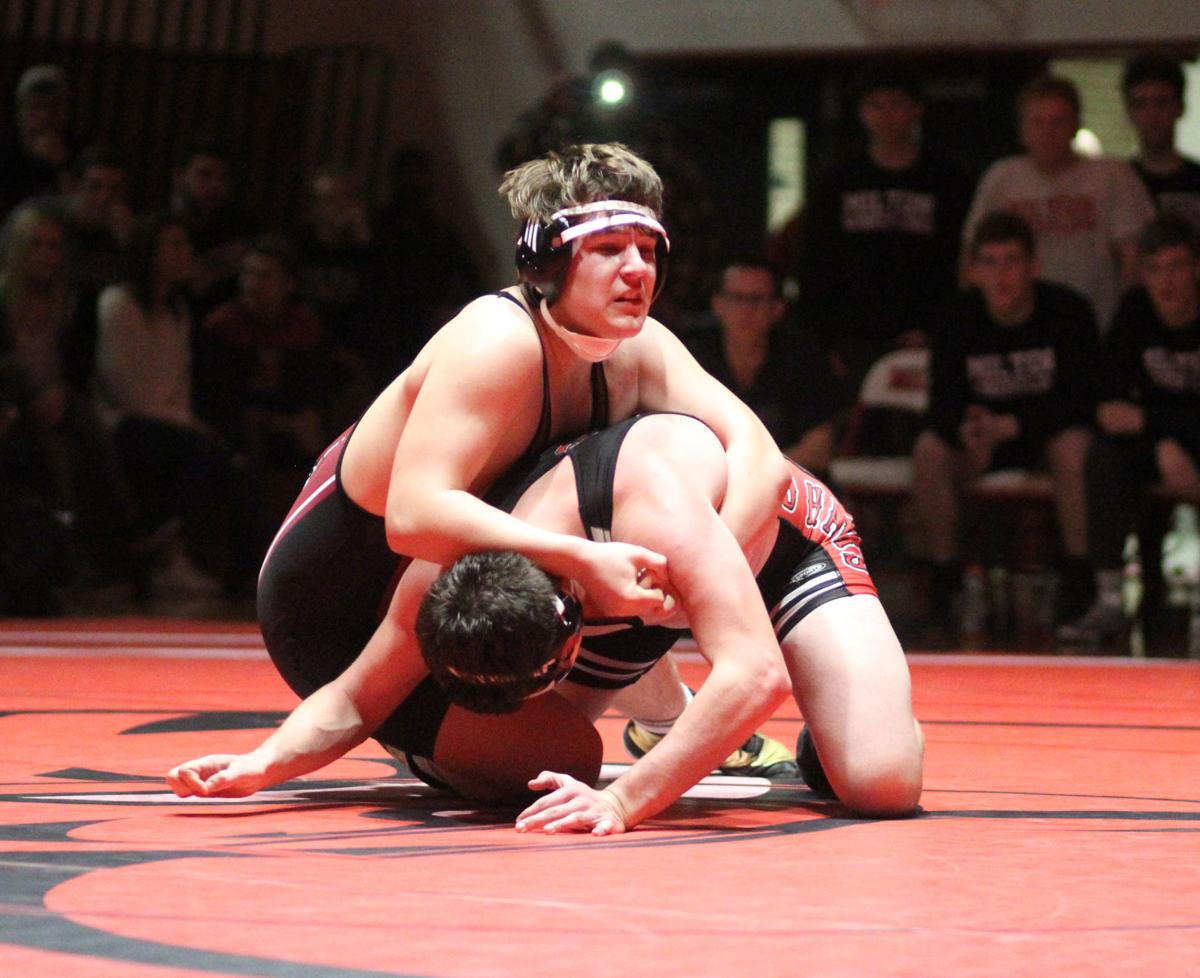 MILTON — The scoreboard maybe wasn’t the best indicator of how competitive Fort Atkinson and Milton’s wrestling dual was Friday.

The Red Hawks earned a 39-18 victory against visiting Fort Atkinson despite both teams splitting the 12 matches wrestled in a Badger South dual on Friday night.

“When you’re going to wrestle Milton, you know you’re going to be in for a fight,” Fort Atkinson head coach Ryan Gerber said. “It’s a physical brawl. The scoreboard shows that tonight. We gave up two forfeits and a DQ, that’s 18 points right there. You eliminate those situations and wrestle it out and you have a whole new dual.

“What I’m excited about is how hard we fought, how we kept punching when the chips were against us.”

The Blackhawks forfeited the 106-and 113-pound matches and had a wrestler disqualified in the 195-pound match.

There was only two pins on the night: Milton’s Justin Sanchez at 160 pounds and Milton’s Evan Schoen at 126 pounds.

“When you’re willing to go toe-to-toe with Milton like that, these are the results you’re going to have. It’s going to be intensely-contested six-minute matches,” Gerber said.

Senior Tristin Trevino got the scoring started off Friday with a 10-3 decision win at 145 pounds for Fort Atkinson. Milton won three straight matches before Fort Atkinson junior Thomas Witkins earned a 5-3 victory by decision at 182 pounds in one of the closest matches of the night.

Stivarius took the lead with a takedown near the 1 minute, 30 second mark, but Witkins responded soon after with a takedown of his own with 1:10 left in the final period.

“He got that takedown and I realized it was my mistake that he got it,” Witkins said. “In my head I didn’t want to go down like that.”

Stivarius tied the match with an escape at 3-3 with under a minute to go, but a takedown in the waning seconds of the third period from Witkins ended the match at 5-3.

“He was fighting, he wanted that takedown really bad,” Witkins said. “I was kind of on my heels because my conditioning isn’t where it should be right now. I was on my heels, I felt him go into a bad position and I capitalized on it.”

“Thomas was really composed,” Gerber said. “He continues to do good things.”

Senior Mika Gutoski won at 220 pounds with a 3-0 decision and the Blackhawks kept up their heavyweight success with a 6-4 win from junior Dorian Burhans at 285 pounds.

“He (Burhans) stepped up big tonight,” Gerber said. “Dorian is going to be a kid that bounces back and forth for us from varsity to reserve. It got tight at the end, but he showed some composure.”

Fort Atkinson went on to win the next two of three with victories from senior Sawyer Brandenburg (120) and freshman Aiden Worden (132). Both won via decision.

The Blackhawks will wrestle in an invitational Saturday in Edgerton at 9 a.m.