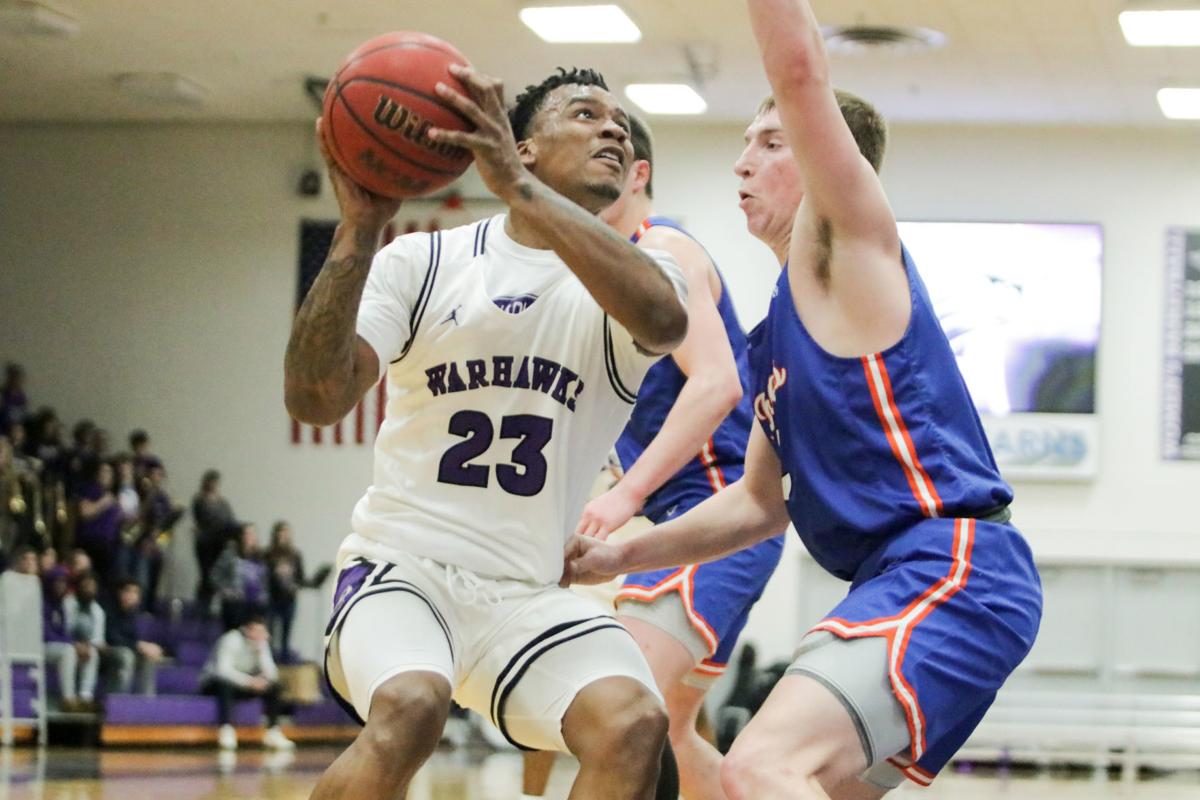 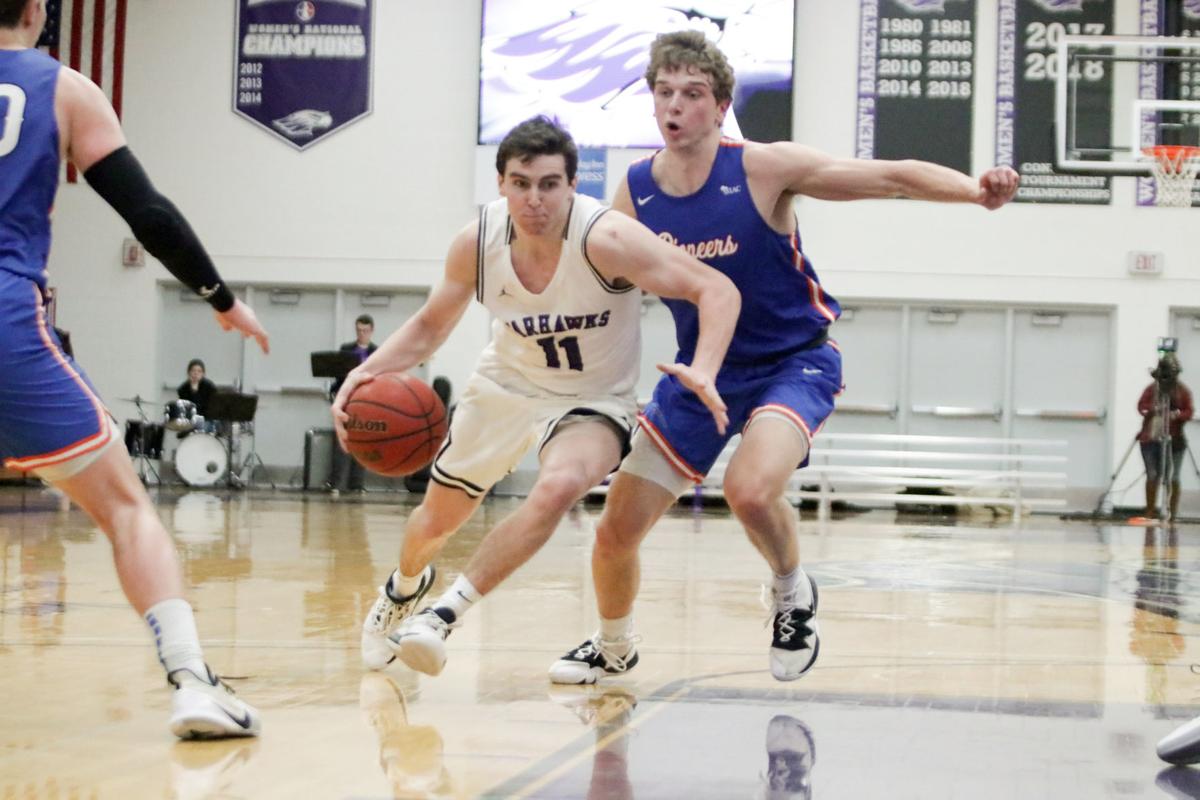 Brian Conaghan drives to the basket for a bucket in the first half for UW-Whitewater in its home WIAC game against UW-Platteville on Wednesday. 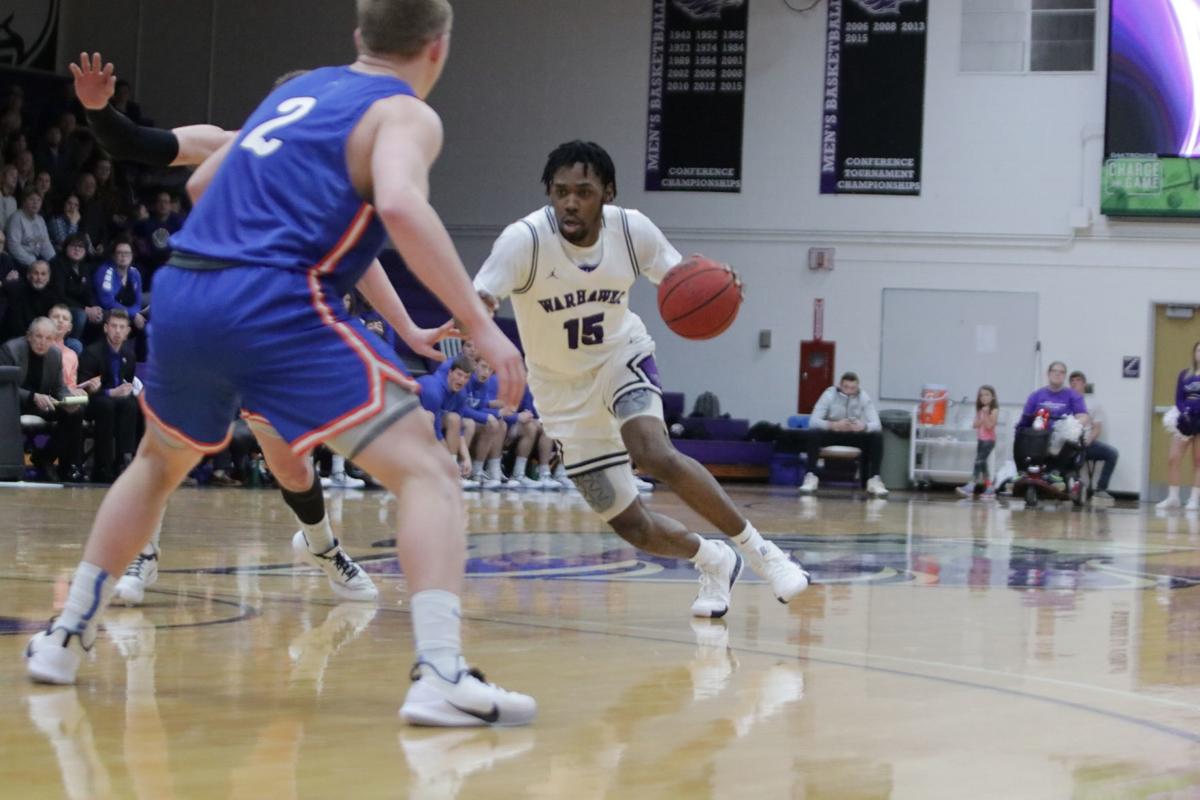 Breontae Hunt scored 14 points for UW-Whitewater in its 70-68 loss to UW-Platteville on Wednesday night.

Brian Conaghan drives to the basket for a bucket in the first half for UW-Whitewater in its home WIAC game against UW-Platteville on Wednesday.

Breontae Hunt scored 14 points for UW-Whitewater in its 70-68 loss to UW-Platteville on Wednesday night.

WHITEWATER — The University of Wisconsin-Platteville only missed four free throws, but three of them came in the last three minutes leaving the door open for UW-Whitewater to retake the lead late.

Junior Equan Ards, who scored a team-high 15 points, brought the ball up the court for the Warhawks with 9.1 seconds left, initially lost defender Alex Ranney around a screen before Ranney recovered and took the ball away with under a second to play.

UW-Whitewater, which has lost seven WIAC games by single digits, had a lead for more than 35 minutes, but was handed a 70-68 loss by UW-Platteville in WIAC men’s basketball on Wednesday night.

“Down the stretch, when it’s a close game like that, we have to come together and trust each other,” freshman Breontae Hunt said. “I feel like it’s just the minor mistakes that lead us to being down by two or three (points). Overall, we played a great game and I don’t feel like we played terrible. It’s just those minor mistakes.”

One of those minor mistakes came when Kyle Tuma missed his second free throw only to have teammate Kyle Stovall tip it back to him as he crashed to the rim for a layup to tie the game at 62 points with 2:40 to play.

The Warhawks bounced right back when Austin Gates made a 3-pointer on the wing to take the lead.

“Down the stretch, each possession counts if you’re going to be in a game decided by two or three points,” Gates said. “We missed that box out, we had a pass stolen and that led to a layup. That’s four points right there and we lost by two.”

Hunt finished with 14 points and eight rebounds. Gates made three 3-pointers and had six rebounds.

UW-Whitewater had a 9-0 run to take an 18-4 lead with 11 minutes, 23 seconds to play in the first half. Both teams jostled back and forth throughout the end of the first half and the Warhawks took a 37-29 lead into the break.

“There are close games we’ve lost that I felt like we didn’t play very well and I was disappointed,” UW-Whitewater coach Pat Miller said. “Tonight it wasn’t like that. I felt like we played really well for most of the game, they just beat us at the end.”

Carter Voelker, who missed a free-throw with 9.1 seconds left, finished with a game-high 21 points and five rebounds. Voelker was 13-for-14 from the line. The Pioneers (19-3, 9-2 WIAC) had a 26-9 advantage in free-throw attempts as they held onto the top spot in the league.

After the loss, the Warhawks (7-15, 2-9 WIAC) didn’t carry themselves in a discouraged manner. Instead, the loss had a distinct feel of progress.

“Even though we’ve lost many close conference games, I think overall talent-wise, we think we’re right there in the conference with the best teams,” Gates said. “We just beat La Crosse, we just showed (UW-Platteville) that we can play with them, we just have to tighten up the little things and go from there.”

Gates also indicated there are positive signs in practice.

“It’s definitely frustrating, but you see a lot of players coming to practice with a chip on their shoulders kind of pissed off,” Gates said. “I think lately people have been more focused in, so that’s something we can (build) on and hopefully it’s all up from here.”

UW-Whitewater will continue its season at home against UW-Eau Claire at 5 p.m. Saturday.