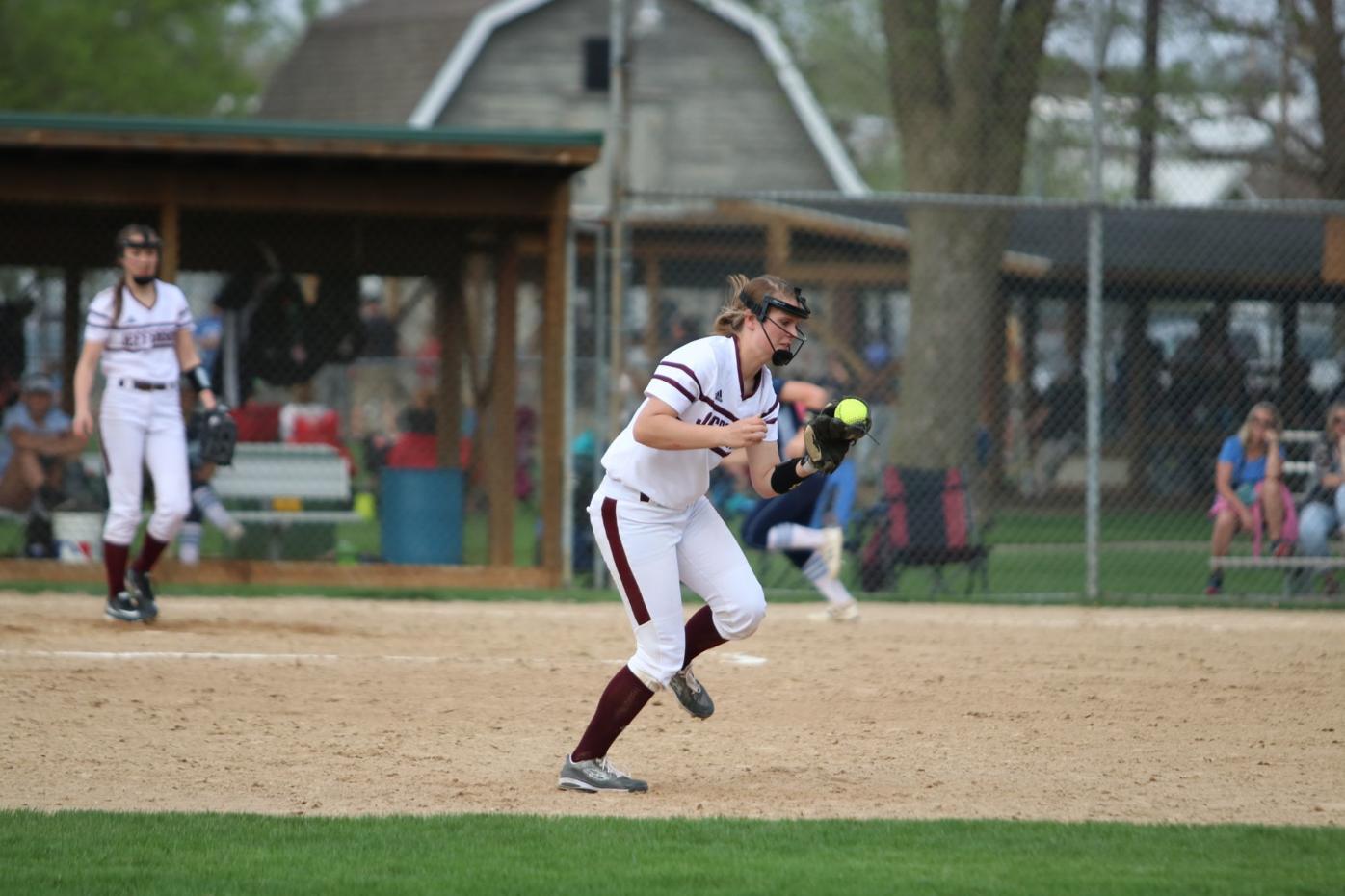 Claire Peachey snow cones a line drive for Jefferson as a sophomore shortstop against McFarland. Peachey and teammate Kylee Lukes were named Wisconsin Fastpitch Softball Coaches Association all stars, though there will be no all-star game. 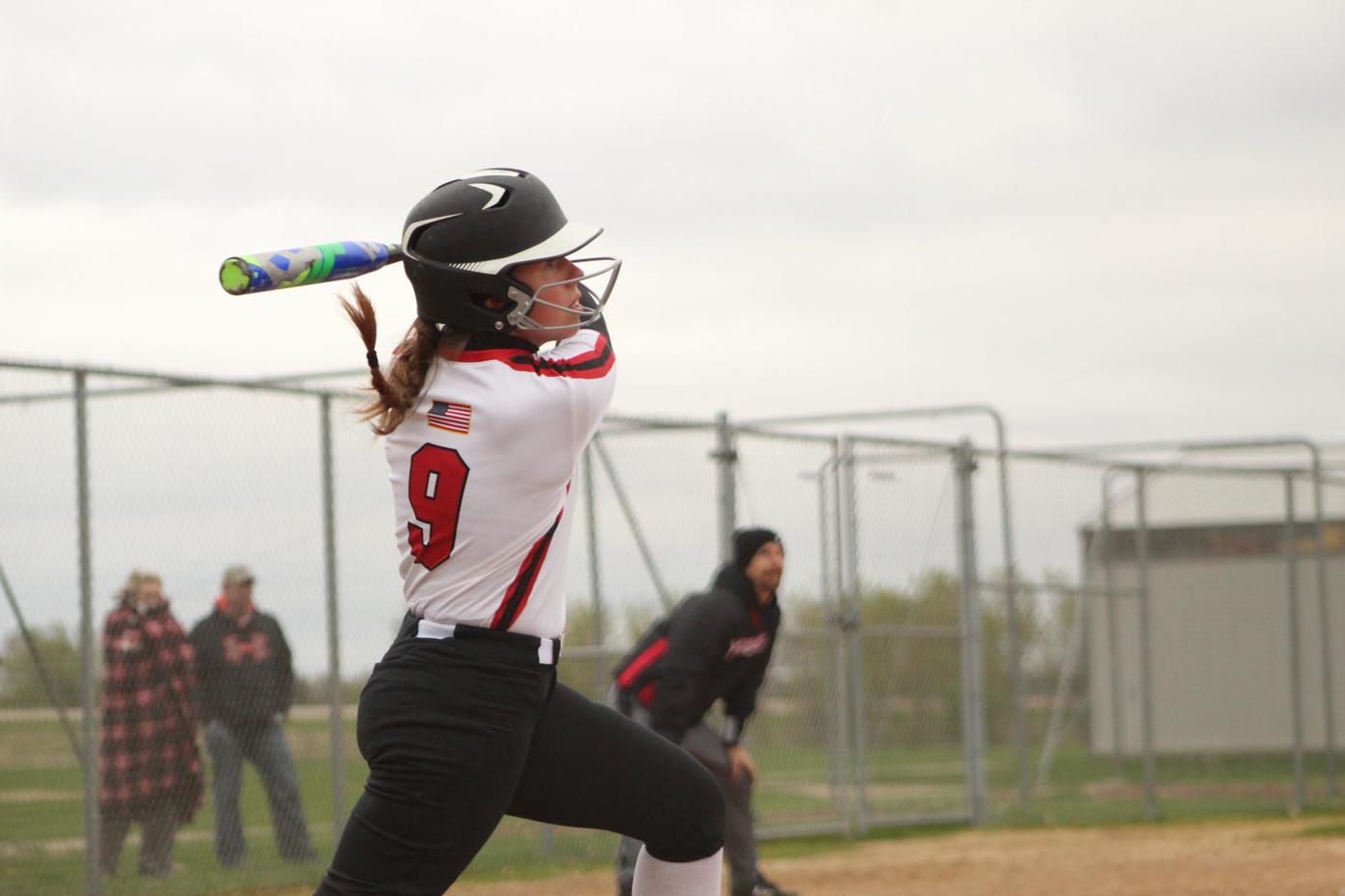 Bryce Hibbs was one of three Whitewater Whippets to be named WFSCA all stars.

Claire Peachey snow cones a line drive for Jefferson as a sophomore shortstop against McFarland. Peachey and teammate Kylee Lukes were named Wisconsin Fastpitch Softball Coaches Association all stars, though there will be no all-star game.

Bryce Hibbs was one of three Whitewater Whippets to be named WFSCA all stars.

Being named to an all-star team by Wisconsin Fastpitch Softball Coaches Association is an honor in itself, but it served as extra consolation for eight Jefferson County seniors.

Claire Peachey and Kylee Lukes are two of nine players in Jefferson County to be selected to the all-star classic. This is one of many sporting events claimed as a casualty of the coronavirus pandemic responsible for infecting people with covid-19.

Lukes was a WFSCA all-state player as a junior and Peachey has been a three-year varsity starter. When they were named to the all-star teams, they still had an outside chance of playing at least an abbreviated version of a senior year. Now, that opportunity is gone as the WIAA decided canceling the season was the best option for the safety of communities after Wisconsin Governor Tony Evers pushed the safer-at-home order back to May 26.

In the midst of the closure, the WFSCA cancelled its all-star game.

“I called them right away because I wanted to explain it and congratulate them,” Jefferson coach Mark Peterson said. “When they found out they made it, that was huge for them. It was a positive note. All the seniors across Wisconsin are in the same situation not being able to play. But those girls were pretty excited. We didn’t have a season, so it was good for them to still get recognition for their careers.”

Similar sentiments were shared by a Whitewater trio selected to the all-star game: Morgan Gransee, Alyssa Schumacher and Bryce Hibbs.

“When I nominated (them) … it was in early April and I was really hoping that by June 15 things would be good enough where we would have the game,” Whitewater coach Ron Sdano said. “Since the game was canceled I now look at it as more of an honor. I don’t believe this gives any closure to their senior year, but I believe that it is a good reward for what they did over their high school careers.”

The WFSCA announced it would host a senior showcase open to every senior in the state that wanted the opportunity to compete. The showcase will take place August 3 and 4 at Woodside Sports Complex in Wisconsin Dells.

Schumacher is committed to play softball at St. Ambrose, an NAIA school in Davenport, Iowa. She was a first-team all-state selection as a sophomore catcher and a first-team all-Rock Valley Conference player her junior year.

Gransee intends to play softball at Carroll University, an NCAA Division III program in Waukesha. Hibbs returned after tearing a ligament in her knee to earn first-team all-RVC selection last year along with Gransee and Schumacher.

Peachey, who was a first-team RVC center fielder in 2019 and an honorable mention infielder in 2018, finished her career with a .357 average, six home runs, 60 runs scored and 60 RBIs. She plans to continue her career at Loras College in Dubuque, Iowa.

“Claire is a really good, all-around athlete,” Peterson said. “She can play any position and was a great captain last year. She wanted to have that role as a junior and really stepped up. She can play shortstop also, but we can’t have two shortstops. …

“Also, she was consistent for three years too. Looking at her stats, they were steady throughout her career, which is a great credit to her.”

Lukes signed a national letter of intent to play softball at Briar Cliff University in Sioux City, Iowa. She finished her career with 13 home runs and a .412 batting average. In 2019, Lukes was the RVC Player of the Year.

“She is also an awesome athlete,” Peterson said. “She rarely strikes out and she’s a threat to go deep any at-bat. Rarely does she have a bat at-bat; it’s always a quality at-bat. She was looking really good in the off-season.”

“I feel terrible for all the seniors,” Peterson said. “I’ve coached a lot of these kids over the summer for the last four or five years. That’s what’s tough with this class is that I’ve coaches.”