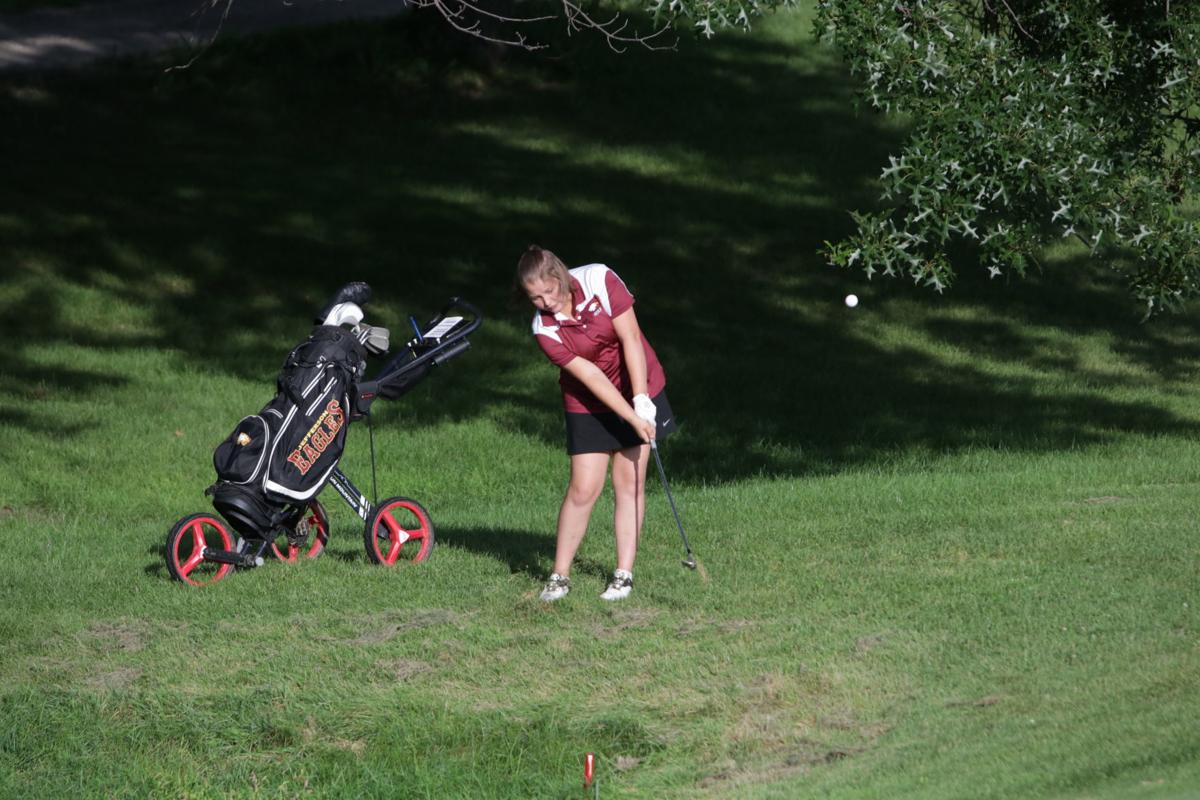 Courtney Draeger chips her fourth shot toward the green on the 18th hole at Lake Mills Golf Club. Draeger carded a 45 to help lead Jefferson to a second-place finish in the second RVC mini meet of the season. 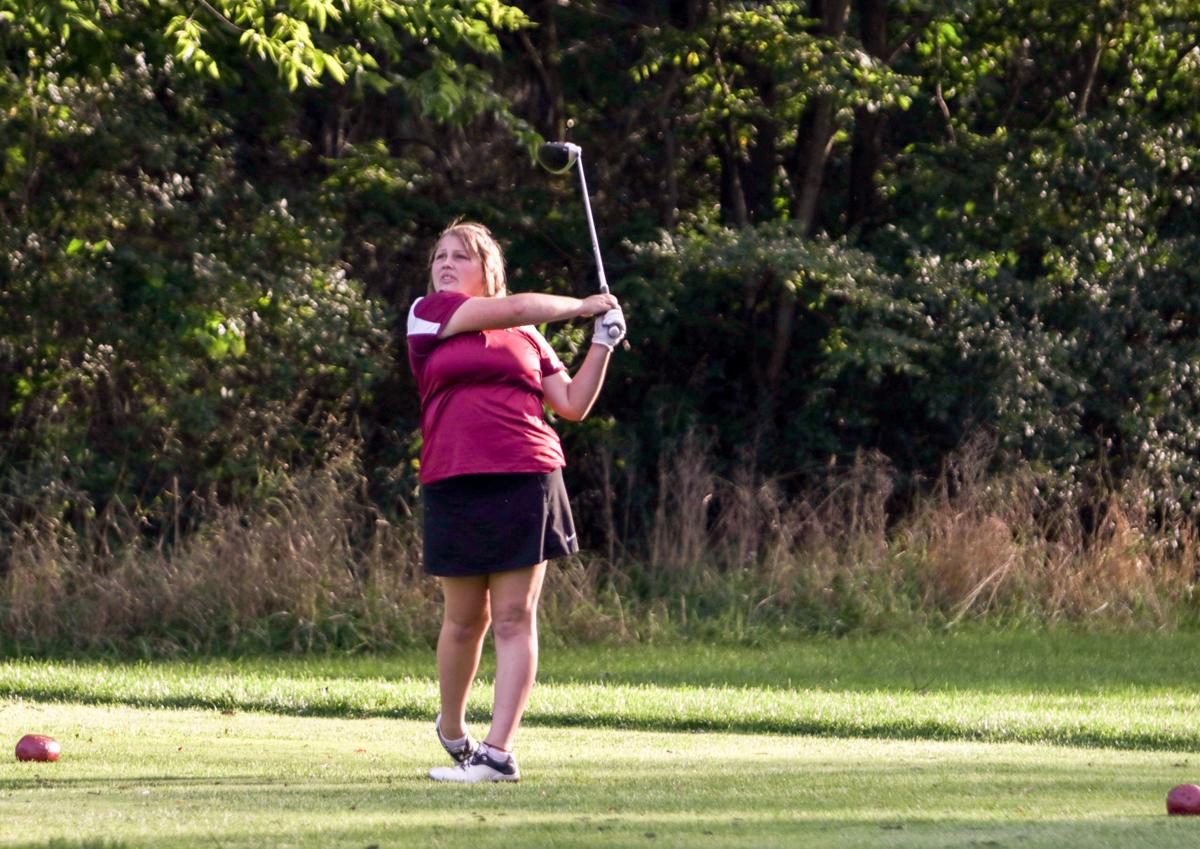 Courtney Draeger chips her fourth shot toward the green on the 18th hole at Lake Mills Golf Club. Draeger carded a 45 to help lead Jefferson to a second-place finish in the second RVC mini meet of the season.

COTTAGE GROVE — Prior to the final hole, Courtney Draeger had put together her best back-nine of the season.

The Jefferson junior added eight strokes to her score on the final hole to close out with an 18-hole total of 82 strokes at the WIAA Division 1 DeForest sectional hosted at The Oaks Golf Course in Cottage Grove.

By one stroke, Draeger played well enough to claim the third individual spot after finishing in fifth place individually. Junior Callie Kotlowski and senior Myranda Kotlowski, both of Stoughton, took the top two spots with a 74 and 75 respectively.

“She’s been playing well right now, but the last two weeks, she’s really hot,” Jefferson coach Jeff Schmidt said. Draeger won the Rock Valley Conference Tournament on September 24. “She played well (at Regionals), but that course was really tough. Early in the season, I don’t think she could have broken 85 ... but she picked a great day to fire her career low.”

Middleton won the sectional with 324 strokes and Waunakee turned in a 357 to earn the second team spot at state.

The Jefferson Eagles had 415 strokes to take seventh place in their first WIAA Division 1 sectional (they’ve played in Division 2 the previous seasons). Fort Atkinson finished in eight place with 431 strokes.

Sophomore Natalie Kammer was the only Fort Atkinson golfer to clear 100 strokes. She finished with a 93. Brooke Leibman was second for the Blackhawks with a 111.

Hailey Milbrath shot a 103 to turn in the second-best card in her final round of her Jefferson career.

Draeger wasn’t alone struggling on the 18th hole on Tuesday. Jefferson posted three 10s and a 9 on the 479-yard par-5.

In Draeger’s group, Sydney O’Hearn of Sun Prairie finished with an 83. O’Hearn had a one-stroke lead on Draeger going into the back-nine and were tied with three holes to go at 71 strokes each.

In the clubhouse afterward, Schmidt said the team was more excited than Draeger while they waited to see if she had played well enough to qualify for state.

“She was way more calm than the others — at least what she was showing,” Schmidt said. “We knew it was going to be close. It was just a waiting game. ... It was fun because she’s a quite girl staying composed. All of her teammates were yelling and cheering that they were going to state, so it was fun.”

From there, the flat blade has been reliable in the last three weeks and it didn’t falter on Tuesday.

“Courtney just kept her head even though they were putting the ball 20 or 30 yards ahead of her,” Schmidt said. “She didn’t panic, her short game is good enough.”

While getting out-driven could discourage some players, Schmidt said losing a hole when you easily out-drive someone you’re golfing with is similarly discouraging.

“That works both ways,” Schmidt said.