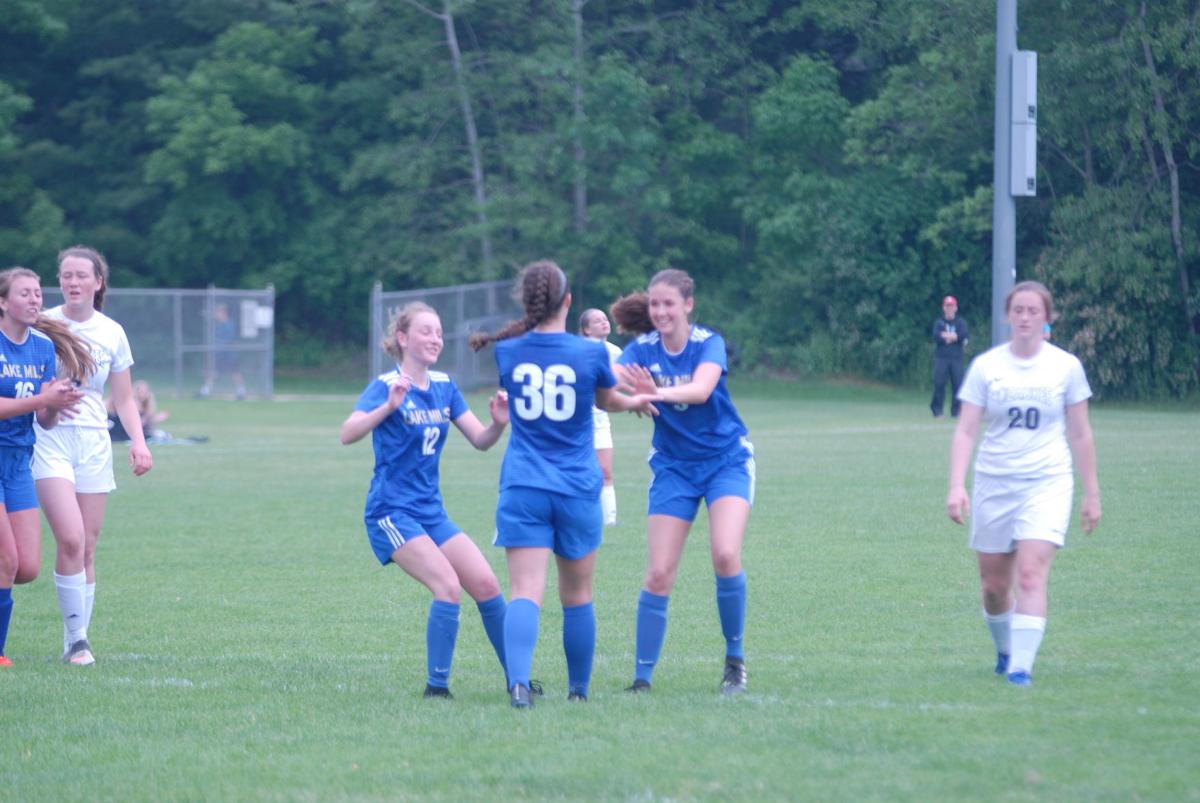 Freshman Ava Stelter celebrates with teammates after a penalty kick goal against Ozaukee on Saturday at Lake Mills. 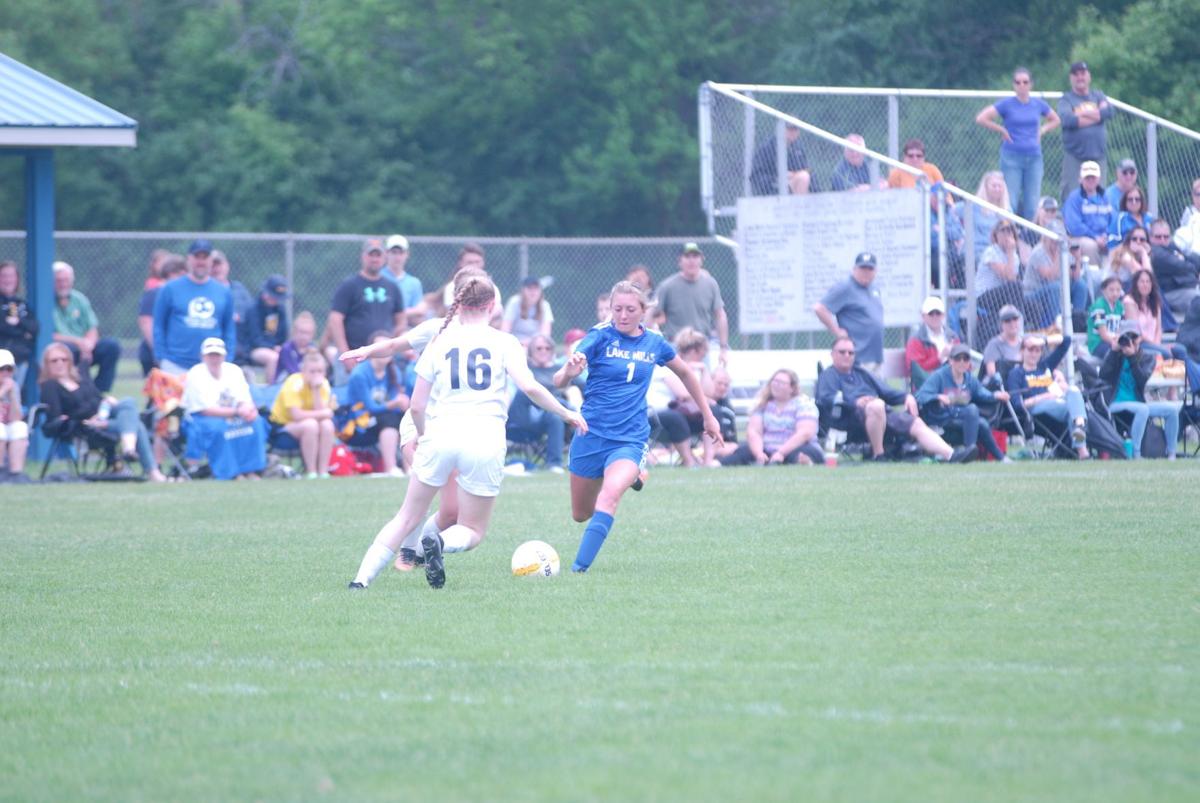 Freshman Ava Stelter celebrates with teammates after a penalty kick goal against Ozaukee on Saturday at Lake Mills.

The freshman forward scored twice in first 20 minutes and again on a penalty kick in the second half as the third-seeded Lake Mills girls soccer team advanced to sectionals, beating 11th-seeded Ozaukee 3-1 in a WIAA Division 4 regional final at LMHS on Saturday that was shortened to 65 minutes because of severe weather.

Lake Mills moves to 11-2-5 on the season and reaches sectionals for the first time since 2015.

“I’ve really been impressed with their growth all season long,” Lake Mills girls soccer coach Jeff Hegstrom said. “Every single player is putting in everything they have in every practice and game. The level of soccer we are playing is so much better than where we started. I’m so proud of them for the growth we’ve shown. The regional plaque is a nice token for all the work we’ve put in.”

Stelter scored on an assist from sophomore Julianna Wagner in the fourth minute and again off a pass from junior Mia Kroll in the 20th minute.

“Really proud of the girls to come out of the gate hot,” Hegstrom said. “Our midfield did great connecting to build it up. Passes to Ava were right where they needed to be. Stelter did what she does and got us a nice lead.”

Junior midfielder Isabelle Clark scored an unassisted goal four minutes after halftime to get Ozaukee (5-11-4) on the board.

“Give Ozaukee a lot of credit for coming out of the halftime break and putting pressure on us,” Hegstrom said. “After we conceded a goal, I was happy with how our back responded. We created a number of opportunities in the first 15 or 20 minutes we played.”

Stelter drew a penalty in the box and paid it off by nailing the PK in the 53rd minute, pushing the lead back to two.

Lake Mills had steady play on the backend too, including senior goalie Ashley Buth’s three saves.

“All the way across the back with Kitsembel, Lamke, Patrick and Erin Strauss, they really set the tone nicely,” Hegstrom said. “Ashley Buth made a couple of nice plays. She was aggressive in her decision making which is something we love from her. You could hear our crowd respond to that as well.”

The L-Cats knew the weather could play a factor and it did. Play was stopped in the 65th minute when thunder was heard nearby. Officials waited to see if the storms would pass before ruling the game a final.

“It was a different regional final feel with the game being cut short,” Hegstrom said. “The regional championships in soccer sure just taste sweet and this one was no different.”

Stelter has scored 30 goals, totaling 70 points on the season. Kroll has 30 points while Wagner has contributed 10 points.